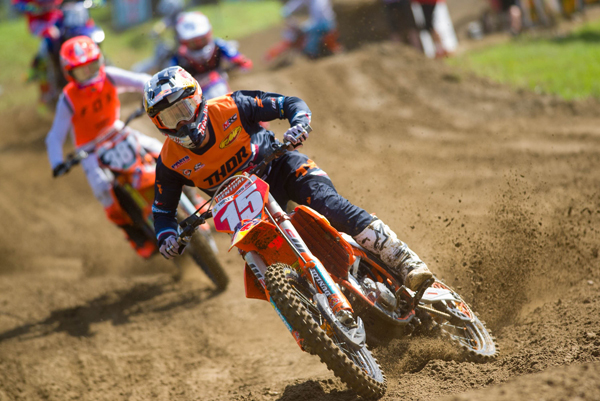 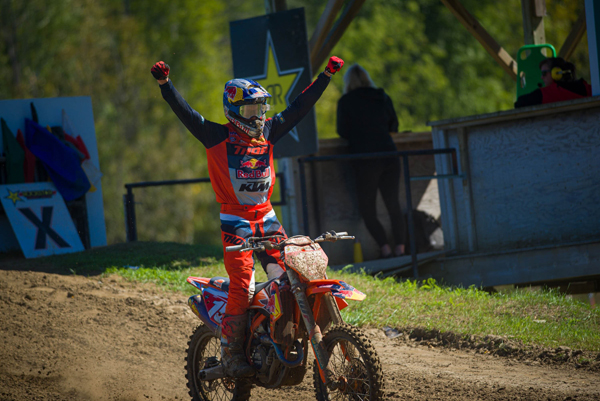 Finishing the season with four of the five overalls, 11 moto-wins and never finishing off the podium, Pettis’ path to success was anything but easy as the newly crowned champion was asked to rise to the occasion many times throughout the season. In addition to conquering his return from injury, Pettis also remained consistent through some of the most adverse track conditions this season, while also adapting to unusual training and travel schedules due to the ongoing pandemic situation.

The season finale, originally scheduled to take place at Motocross Deschambault in Quebec City, was relocated earlier in the week to Sand Del Lee MX adding a little more pressure to the championship weekend but Pettis remained focused on the task at hand as he deliberately placed his KTM 250 SX-F into the center of the podium for all three motos.

Jess Pettis, KTM Red Bull Thor Factory 250 Rider: “It was a great weekend here at the final round, I put down some fast laps and got a nice comfortable lead to seal the deal in the first moto. That took a little weight off my shoulders heading into the final day on Sunday. That was my goal, to just get it done sooner rather than later. The whole team worked so hard and that makes it so much easier for me to work hard.

On Sunday, I didn’t need to win because I already got the championship but I wanted to give it my best effort so I got two pretty good starts, made some passes right away and was able to win both motos to make it a 1-1-1 sweep. I’m super excited to end the season this way and I’m looking forward to the future.”

Jean-Sebastien Roy, KTM Red Bull Thor Factory Team Manager: “We are so proud of Jess and how he’s handled this whole season. This weekend, he raced like a champion – he got some good starts, stayed away from trouble and kept the bike on two wheels. We’re really happy for him and looking forward to seeing him make the move to the big bike.”

Team rider Cole Thompson was sidelined once again for the finale as he continues to battle some health issues. Thompson hopes to return to racing for the upcoming round of the SX Tour.

WMX Class – KTM Supported racer, Eve Brodeur, capped off a perfect season in the WMX class on Sunday to claim her fifth Canadian WMX title. She also put forth a solid performance in the highly-competitive 250 Pro class to finish 30th overall with 34-30-28 finishes.

Orange Brigade – KTM Orange Brigade’s Jacob Piccolo had a great day of racing in the 250 Pro class, where he finished just outside the top-five overall with 8-5-6 finishes for sixth-place. After five rounds, Piccolo secured a top-10 rank in the class with ninth overall.

KTM Orange Brigade rider Sebastien Racine earned his second-consecutive victory in the FXR Pre-Mix class where he made a valiant comeback in the point standings to come only 10 points short of the championship title.