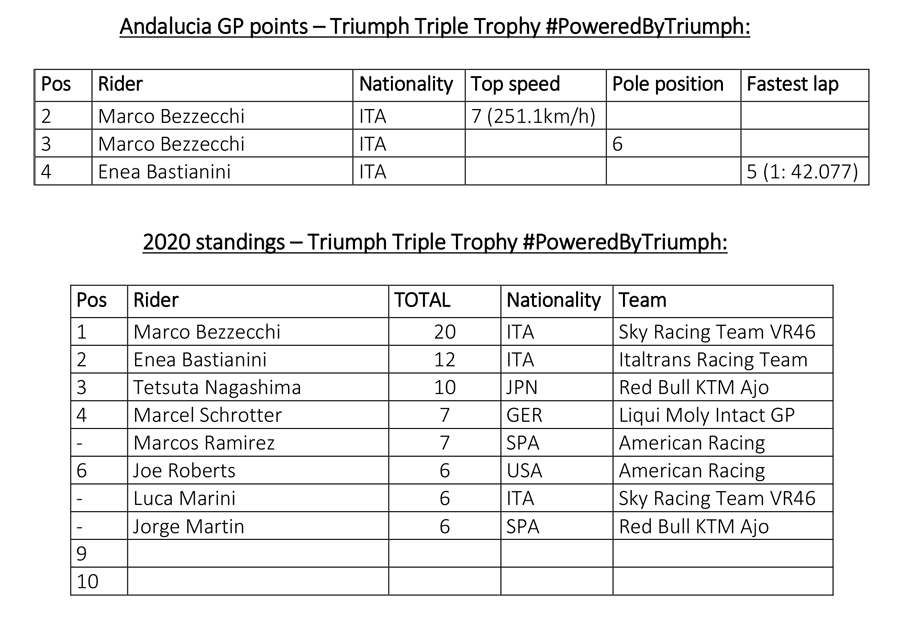 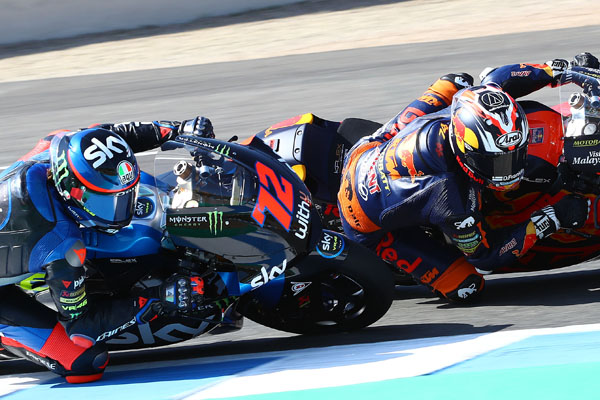 Enea Bastianini reaped the benefits of the first ever Moto2™ back-to-back pair of races at the same venue, finding over 20seconds in race pace aboard his Triumph triple-powered Italtrans Racing Team Kalex between the two weekends.

During last weekend’s Spanish Grand Prix at the Jerez circuit, the Italian finished ninth, 19.5seconds from winner Marini, but in this weekend’s Andalucia Grand Prix it was a head-to-head duel between Marini and Bastianini.

Enea made good progress from the start of Sunday’s race to pass maiden pole-sitter Marco Bezzecchi, with Marini in hot pursuit. And hot was the right word, as the air temperature reached 34 degrees Celsius and the track a scorching 53 degrees.

By the middle of the race Marini had closed the gap to Bastianini to just a few tenths of a second and the Sky Racing Team VR46 rider looked to have the pace, but Bastianini was able to respond and control the race to open the gap out to an eventual 2.1seconds at the flag.

In the Triumph Triple Trophy #PoweredByTriumph, Marco Bezzecchi became the first rider to score twice from a weekend with his pole position and fastest top speed, and in doing so climbs to the top of the standings, ahead of race winner Bastianini who completed his dominance on Sunday by setting the fastest lap too.

Steve Sargent, Triumph’s Chief Product Officer, said: “Those were incredibly tough conditions for riders and machines with the intensity of the heat – over 50 degrees Celsius on track – which actually is the hottest race condition our engines have experienced in Moto2. I’m very pleased that their performance remained flawless and they were able to handle all that the riders could throw at them in the heat of battle. Despite the track temperature being eight degrees hotter than last weekend, the best race laptime was only 0.08seconds slower. To have seen another new winner, and another new podium-finisher, in Moto2 is also great as our 765cc Triple engines continue to redefine the class, and with just five points separating the top three in the Championship, the racing remains absolutely as close as ever.”

The Triumph Moto2™ 765cc race engine is a development of the class-leading Street Triple RS 765cc road motorcycle and produces more than 140PS and the same visceral soundtrack. Next on the calendar for Moto2™ the series moves to Czech Republic for a race at the Monster Energy Grand Prix on August 9th. 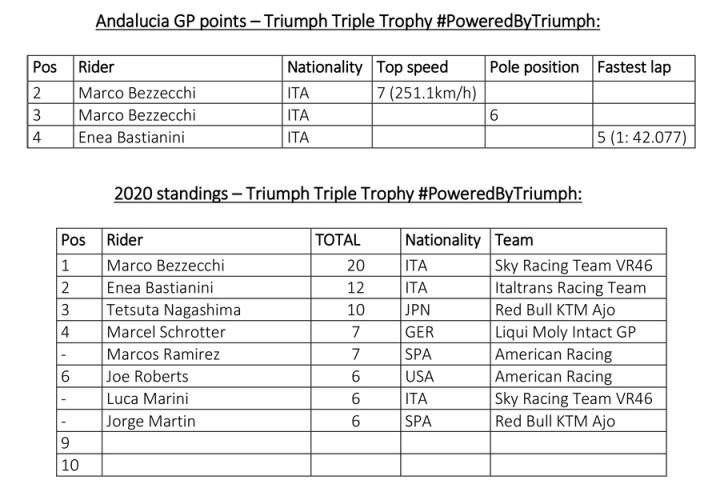