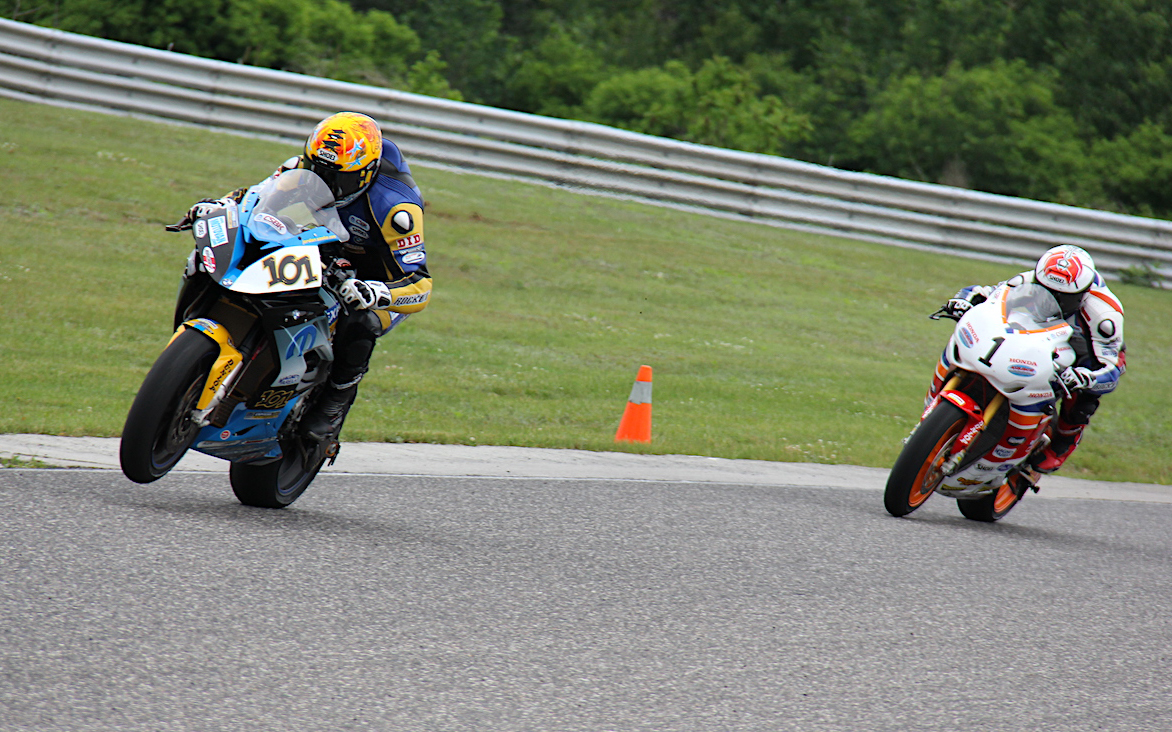 Toronto, ON – July 9, 2020 –  The Canadian National Superbike Championship is nearing a revised schedule for the 2020 season, previously put on hold due to the COVID-19 pandemic, with plans for a brand new four-race Pro Superbike class slate set to decide the winner of the Canada Cup in the series’ 40th anniversary.

The pandemic has now resulted in the cancellation of all previously scheduled 2020 National events, those events not possible under the current health and safety guidelines. In addition, the new 2020 format will run without spectators permitted at any venues to ensure the safety of the competitors and staff.

The shortened season will feature the return of Calabogie Motorsports Park for round one on July 25, with only select National classes joining the one-day invitational. The opener will run in conjunction with a Pro6 Cycle track day, with a fact sheet available through Pro6 and CSBK.

Online registration details for the event are available now on the Pro6 Cycle web site.  Pre-Registration is required, and the deadline for entries is Saturday, July 18.  Racer will be required to list their four official crew members at the time of Registration, and no additional staff or family members will be permitted at the Calabogie event.

Calabogie has long been a popular track with riders since its CSBK debut in 2008, last holding a full-scale National weekend in 2015 before the Amateur Lightweight class made a return in 2019. Featuring multiple long straights and drastic elevation changes, the 20-turn circuit has served as the season opener on four occasions, making it an ideal location to begin the 2020 season.

The doubleheader weekend at Canadian Tire Motorsport Park – traditionally the season finale – could also return in part for 2020, likely near the originally scheduled dates of August 14-16, with more details to be announced shortly through CSBK.  Again, no spectators would be permitted at any potential 2020 CSBK National event.

The unfortunate circumstances surrounding the season will mean the absence of the series’ longest-running event, as Atlantic Motorsport Park will not be on the National calendar for the first time since 1999. The series is thankful for long-time promoter and event sponsor Pro Cycle, as well as the Society of ARL, as they look to return to Nova Scotia in the future.

The upcoming season will see Collingwood, ON’s Ben Young looking to defend his first Pro Superbike title for BMW, roughly 40 years after Kawasaki’s George Morin won the inaugural championship with a win in Edmonton and podium at Shannonville.

Young will have no shortage of competition in the shortened season, headlined by rival and 13-time National champion Jordan Szoke, who is looking to steal back his throne for Kawasaki after a rollercoaster year in 2019.

The two will be joined by Yamaha youngster Tomas Casas and Suzuki frontrunner Trevor Daley, the fourth and fifth-place finishers from last season, as well as BMW veterans Michael Leon and Jeff Williams, fan-favourite Sebastian Tremblay, and Yamaha’s Liqui Moly Pro Sport Bike champion Will Hornblower, among others.

CSBK would like to thank all racers and fans for their patience and support over the past few months, as series officials continue to address the best procedures and health guidelines and follow the various restrictions across Canada.