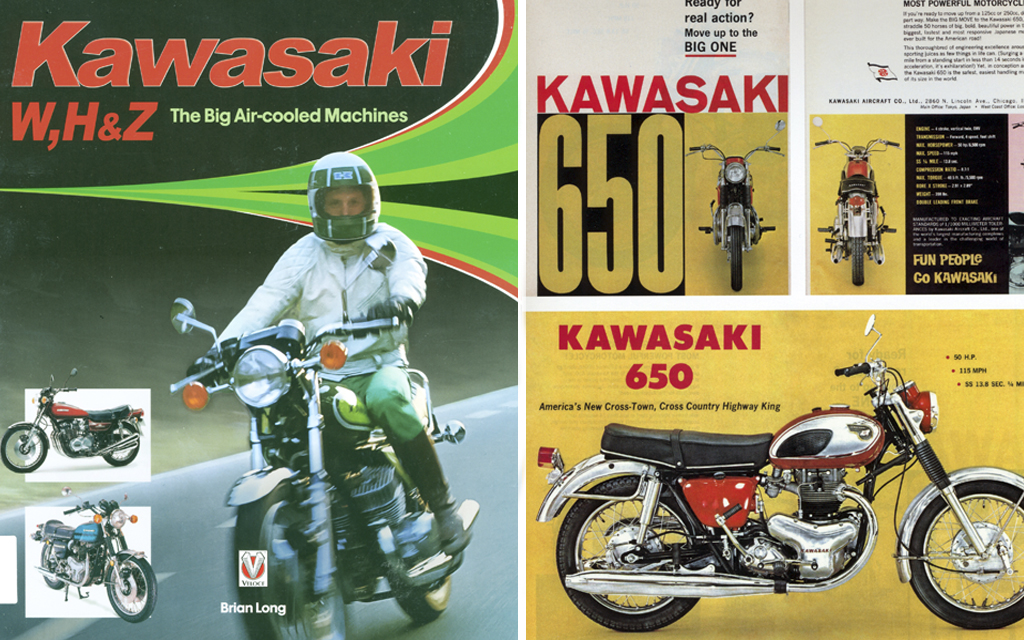 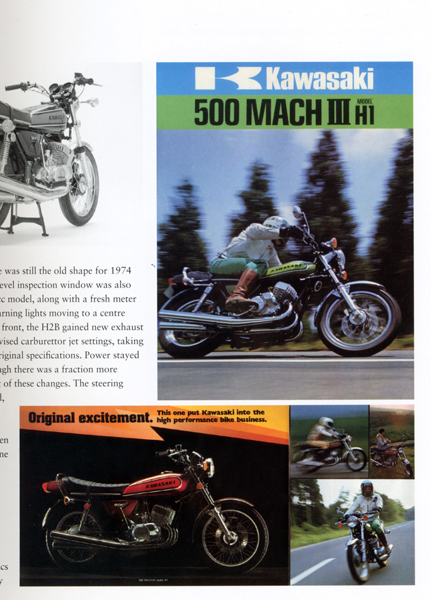 Since the time of the H1 Mach III, Kawasaki’s motorcycle division has been known for bikes built, above all other qualities, for speed. The infamous two-stroke triple hit North American streets early in 1969 and riders were gaga over the 498 cc motorcycle’s power-to-weight ratio, quarter-mile times, and wheelie ability. Cycle World magazine wrote that it would “raise the hairs on the back of a rider’s neck, or turn them grey in 13 seconds flat.” It would “trounce” any street bike in production trim.

Heady stuff, to be sure, and the Mach III (so-named by American marketers, and the Roman numeral III is still a bit of a mystery) was impressive in its time, but struggled to make the 125 mph speed, 60 horsepower, and sub-13 second quarter mile that were claimed. Its drum brakes were weak, its handling was poor, and its reputation was over the top. Even decades later, people who didn’t know much at all about motorcycles would tell you that the Mach III was the fastest bike ever produced (except for the Vincent Black Widow, of course). Like the Dude, idiots abide.

But never mind. For me, a more appealing motorcycle might have been the 624 cc W1, which was produced around the same time and resembled British 650 twins like the BSA and Triumph models that were common then. It’s a gorgeous motorcycle, and while it didn’t fare well in the marketplace, an owner today could probably sell it for a lot more than the wobbly, wheelie-prone Mach III would fetch.

It’s all stuff for backyard day-dreaming, a beer on the side table and a book in your lap. That book would be the unimaginatively named “Kawasaki W, H&Z” subtitled “The Big Air-cooled Machines.” The beer would be a Creemore, because it’s the best beer. Just sayin’.

The book, by British-born automotive writer Brian Long (he lives near Tokyo now and is married to a Japanese national) is 154 pages of history, technical information, anecdotes, and photographs, photographs, and more photographs. It describes the rise of the Kawasaki company from its earliest days and the development of motorcycles that made it a common name in Canada and other western countries. Long appears to know what he’s writing about, and seems to have been given access to much of Kawasaki’s underthings. For photos, it depends heavily on ads, but then, Kawasaki did produce some wonderful advertising. The bikini-clad babe on page 146, sitting on a Z1-R as if she’s had too much to drink, is just stupid, but the bikini-clad babe on page 119 aboard a 99 cc G7T is actually wearing a helmet, so she was more responsible. To be sure, neither Kawasaki nor Cycle Canada advises riding in anthing other than all the gear, but it’s nice to dream. The book also sports a picture of HRH Prince Charles trying on a Z1000 for size (he’s more fully clothed than the babes mentioned above, but no helmet, alas), and Yvon Duhamel at Daytona with the Kawasaki team.

There’s a lot of history, a world-view of Kawasaki’s influence and efforts, some racing history, and enough material in general to entertain any fan of Kawasaki’s W, H, and Z bikes. “Kawasaki W,H&Z” measures 10 by 8 ¼ inches, in case you’re thinking of putting it on a shelf.