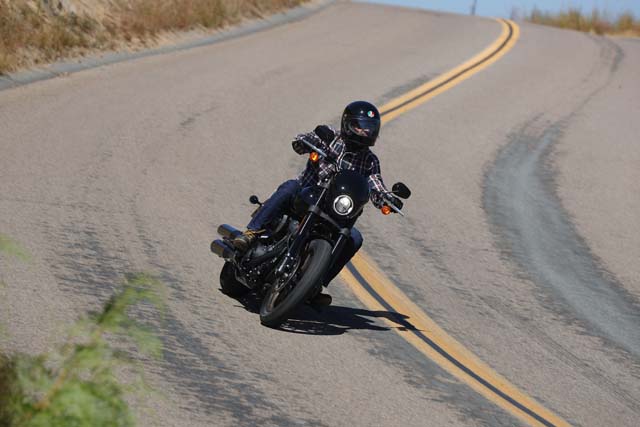 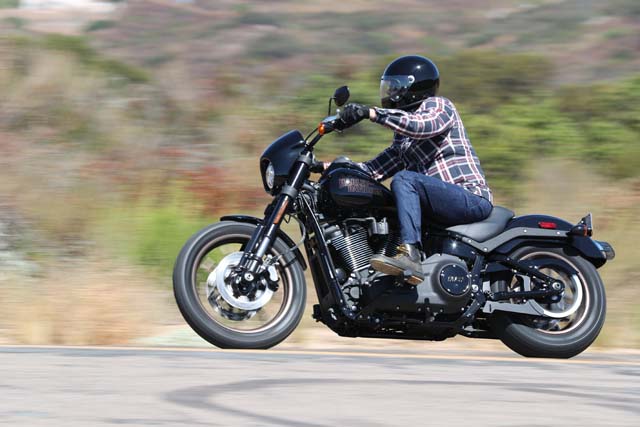 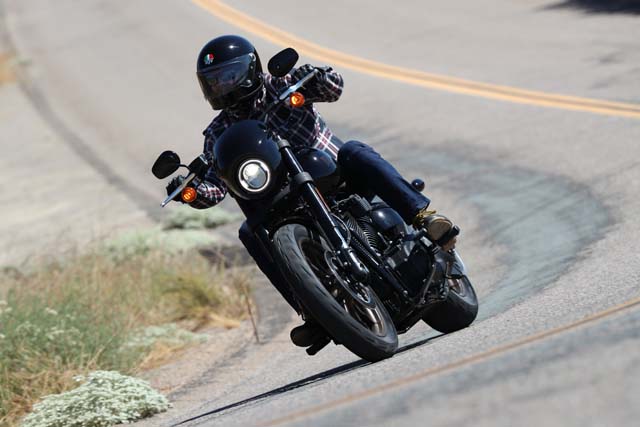 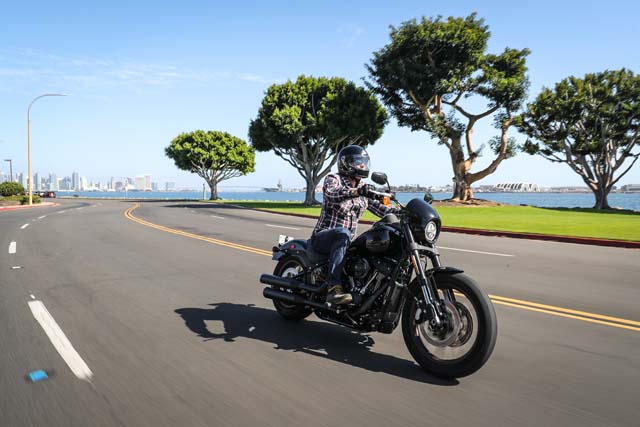 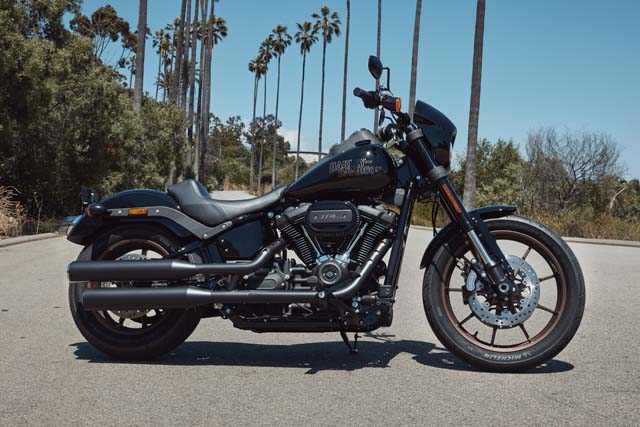 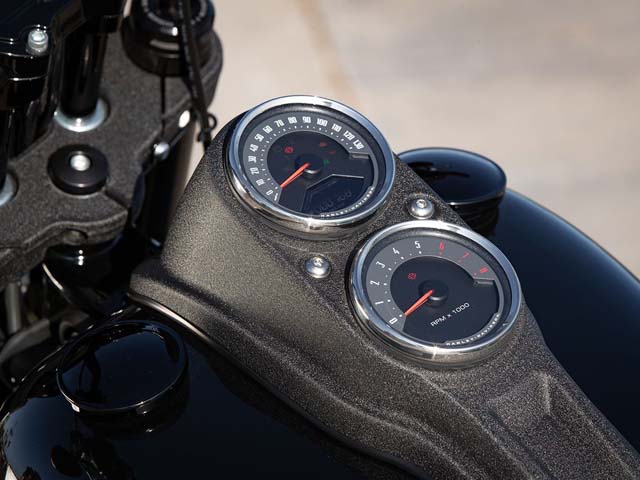 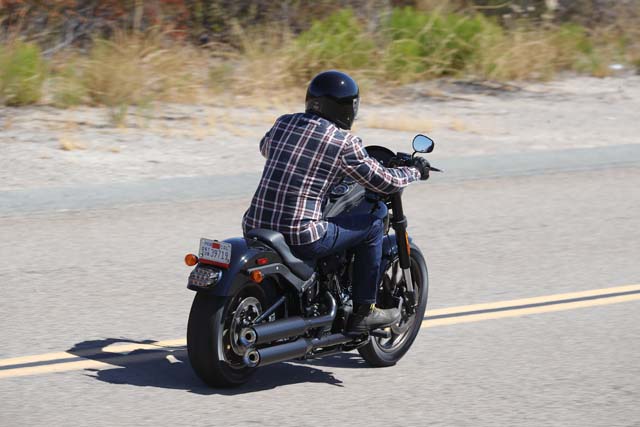 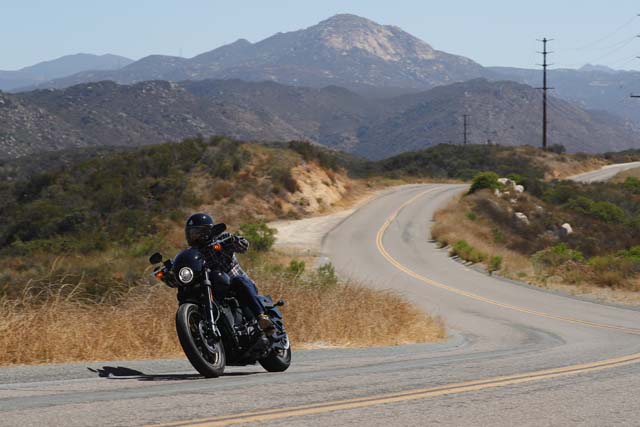 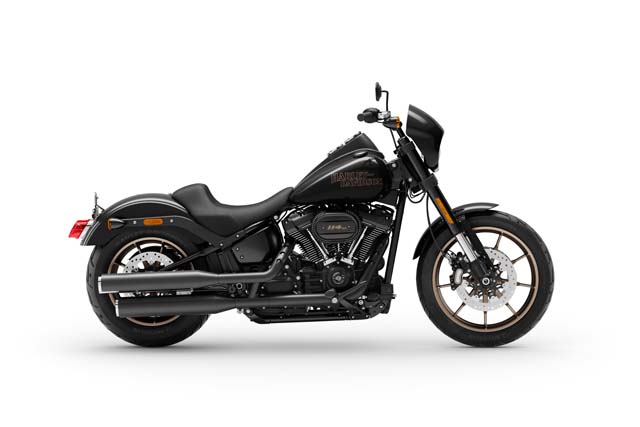 Ripped from the past
Updated Low Rider a blast to ride

The 2020 Low Rider S is undoubtedly the most powerful and sporty Low Rider since the introduction of this model in 1977. The first S version was launched in 2016 with a Twin Cam 110 Screamin’ Eagle engine in a Dyna chassis. For 2020 we get a totally new Low Rider S.

San Diego, California. As part of its 2020 new-model launch, Harley-Davidson kept a special place for the new Low Rider S. The nostalgists who were in love with the Dyna line, dropped in 2016, will be happy to see this model that seems to arrive directly from the 1970s and 1980s. But under this old-time look is an updated machine built around a Softail chassis; that means way better performance and a more classic look than the old Dynas with their vintage twin rear shocks.

Personally, I was not too crazy about the Dyna because of its limited comfort and handling, especially for a tall guy like me; I would feel sore after only a few hours’ riding. So I was hoping for a totally different experience under the warm San Diego sun.

Visually, nothing has changed, really; it’s as if time no longer existed. The Low Rider S is perfectly aligned with its own tradition: sporty riding position, short raised handlebars, mini-fairing around the headlight, solo seat and a big gas tank with instruments on top. On closer look, the most visible changes are the flat air filter box instead of the big conical filter, and the monoshock under the seat instead of the dual shocks.

The dark finish gives the bike a cool badass style. Black paint replaces the chrome and black is all over the place: engine, transmission cover, intake manifold, mufflers, fork, bars, instrument console, etc. The final result is really nice. The shape of the LED tail light is a reminder of the ’70s when Harley was controlled by AMF, a dark phase in the history of the American company especially in terms of reliability: at that time you’d better have a good toolbox with you when leaving home! The Radiate Dark Bronze wheels add a nice final touch.

The sun is shining and the weather is fine, so let’s go! I sit on the Low Rider S and I know right away that this is going to be a fun day. First, because ergonomics and riding position are improved: the seat is low and comfortable, the higher bars are nicely positioned and the footpegs are closer to the centre, instead of way forward. Plus, the inverted fork makes the steering more reactive and the rake has been reduced from 30 to 28 degrees in order to make the machine more nimble and responsive. This is clearly a more sport-oriented Low Rider.

To go along with a more sporty motorcycle, you do need good brakes! Up front, there are two 300 mm discs to improve braking power. ABS is standard on the S, and it should be on all models, in my opinion. The Low Rider S rolls on high performance Michelin Scorcher 31 tires. The 19-inch front wheel keeps the bike surprisingly manoeuvrable.

At the heart of the Low Rider S is the Milwaukee-Eight 114 V-twin. This 1868 cc engine is the biggest that can be installed by Harley on a Softail chassis. It is powerful and the balance shaft absorbs enough vibrations to make the ride enjoyable without compromising the riding sensations: a Harley is a Harley, after all!

Right from the start, you feel the power of this motorcycle, and its weight. Surprisingly enough, it feels heavier than it looks at stoplights. The mufflers produce a nice deep sound that gets even better as you twist the throttle further! After a short while, I get a déjà vu feeling: it has much in common with the Fat Bob, and I like that. Of all the Softails, the Low Rider S is certainly the most agile. In the California twisties, it is very solid, and the bike’s much more sporty and aggressive character comes out. The repositioned footpegs allow you to dive into curves with a lot more confidence and the lean angle is improved. Acceleration is brisk, the tires stick to the ground and the brakes are efficient. I can tell you that I used them a lot during that day! The all-day riding position is surprisingly comfortable, though I must say it is somewhat squeezed for a pilot 6-feet tall or more; my legs got cramped because my knees were bent too tight.

I have never been a fan of the Dyna models, so I was a bit apprehensive because this Low Rider does look like a Dyna! But it behaves very nicely on the road; the Softail chassis and suspension make all the difference. It is a lot more comfortable, manoeuvrable and agile, and much sportier; it was almost fine for me.

I do not see what’s the utility of the cowl around the headlight, besides looks; as for wind protection, it’s no big deal. What’s more, the finish inside the cowl could be better; I think it should be used to house the instruments instead of having them on the gas tank. Taking your eyes off the road to look down at instruments is not a good idea. Would I buy one? Personally, no, because I feel that the price is too high for this type of motorcycle. But I think that the Dyna nostalgists are going to fall in love with this new Low Rider S. It has the same looks but it is much better, and it delivers strong riding sensations: where a Dyna would let you down, the Low Rider S will surprise you!

“The look of the new Low Rider S is really rooted in the legacy of the Low Rider models of the 1980s, that have a devoted following which has spread worldwide from origins in Southern California, and in the recent Dyna-based Low Rider S model. We’ve applied that coastal style and performance-first attitude to the Softail chassis to create a Low Rider S that’s more powerful and agile than ever, with a heavy dose of tough-as-nails attitude.” — Brad Richards, Harley-Davidson Vice President of Styling & Design