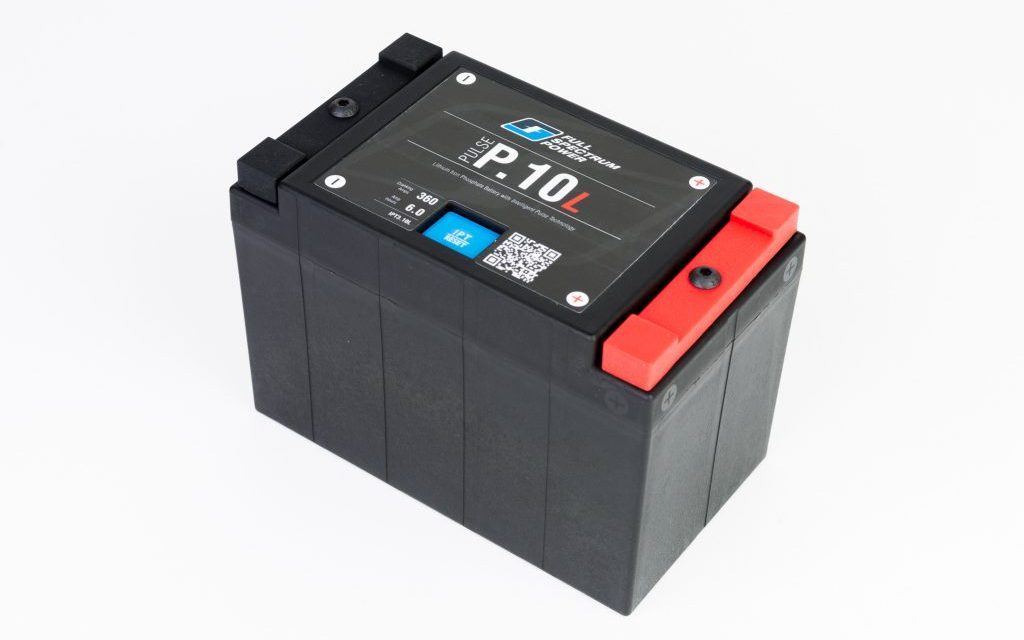 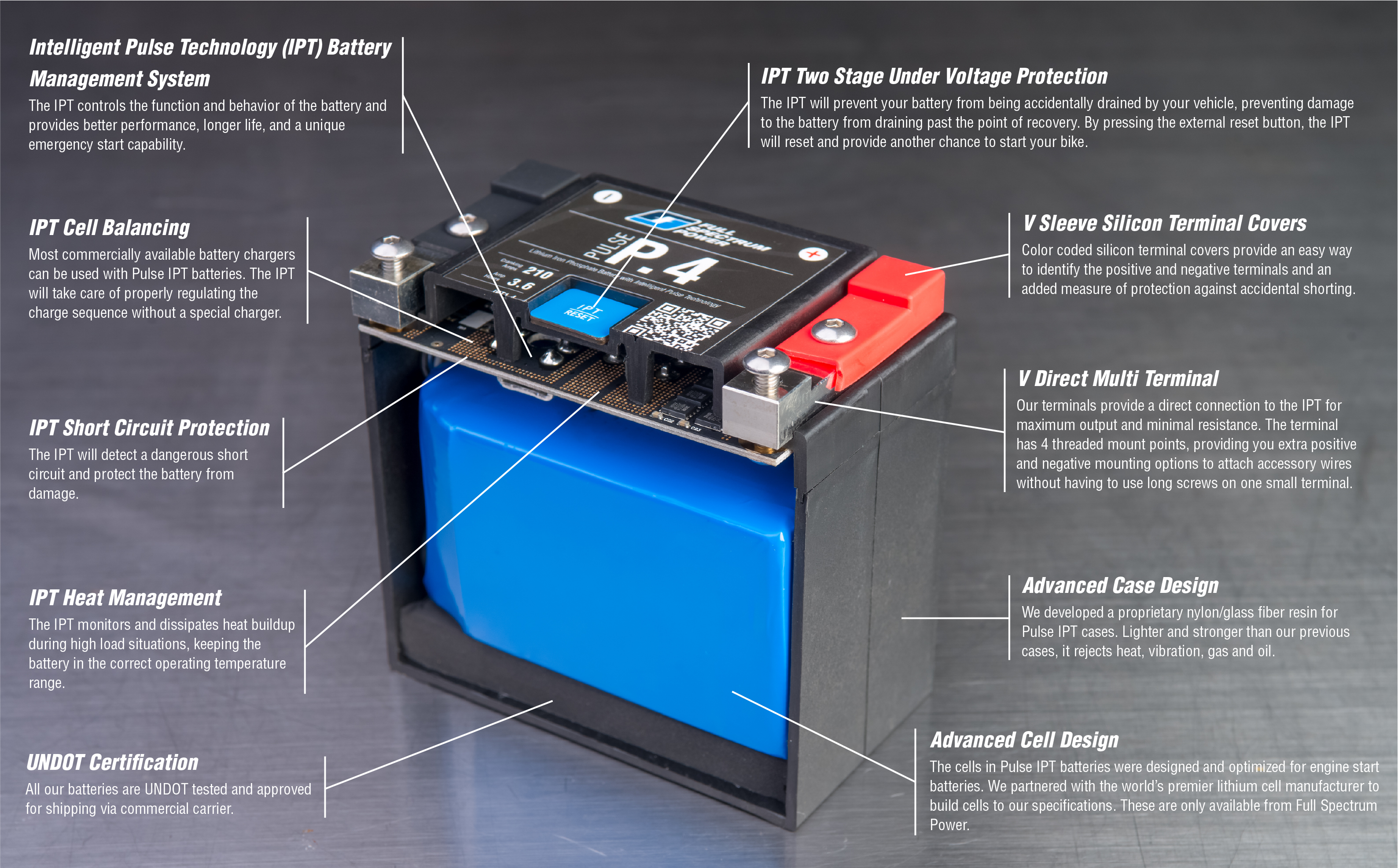 Now, you must be thinking I left out one crucial part in the process. “You started the bike and then walked away to let it warm up, right? C’mon Dave, tell me you didn’t just leave the headlight on. Surely you’re not that much of a moron!”

Well, that last point might be open to debate, but, no, I did not start the bike. And yes, I deliberately let the Suzuki’s 55-watt H7 low beam burn into the darkness that is the Booth garage. I did so, as they imply in pretty much every episode of Law and Order, with deliberation and malice aforethought. I was aware that leaving the key in the on position would drain the battery and, yes, Your Honour, I understood the consequences of my actions.

Yet, when I returned to it the next morning — first ascertaining that a) the lights were no longer on and b) the voltage across the battery’s terminals was indeed zero — I returned the key to the off position, flicked it back on, hit the starter button and, yes, you could have knocked me over with a feather, too; Suzuki’s 1,037 cc of V-twin happiness started up as if the previous night’s electron drain were just a nightmare to be quickly forgotten.

If this is all still a bit mystifying, then let me explain that I was testing a new battery, one that is, if not quite the perfect energy source, the closest thing to a perpetual electron machine you’re likely to fit into the battery box of your motorcycle.

It’s made by Full Spectrum, a fairly small boutique manufacturer based in Alexandria, Virginia, and is powered by lithium-ion. And, while its lithium ion chemistry is not the reason this battery can never be run flat, said Li-ons are what prompted the development of the hardware that prevents complete discharge.

The first quirk that allows this seeming miracle is that Li-on batteries need constant computer monitoring. Virtually all hybrid and electric vehicle batteries already having some kind of computer control that monitors their individual cells to ensure they are in constant balance. Indeed, the miracle of Tesla technology isn’t the magic of its cell chemistry — a Model S’s battery is made up of a bunch of common Panasonic laptop batteries bundled together — but that its micro-electronics can monitor 7,000 or so individual little batteries simultaneously.

The second quirk is that lithium-ion batteries don’t like to be run completely flat. While a dead lead acid battery will perk up with just a quick boost and be none the worse for wear, its Li-ion equivalent run flat will be a goner, unsalvageable in even the most expert hands. Indeed, Jason Levitt, one of the founders of Full Spectrum, says his company’s Intelligent Pulse Technology (IPT) — the magic behind this fail-safe starting — wasn’t invented as a reliable starting mechanism, but as a way of avoiding replacing batteries when their owners’ negligence — i.e., leaving them untended for months on end — turned them into bricks.

Obviously, someone quickly figured out that this IPT thing could also be a real boon to forgetful riders. So, all the latest Full Spectrum batteries are designed so that, if they are drained below 12.9 volts, the battery’s micro-computer will internally disengage the battery and the battery will essentially act like you’ve disconnected its leads, preventing further discharge. All you need to do when you come back to your “dead” battery is push the little IPT “reset” button atop the Full Spectrum and, God bless Joseph Lucas, inventor of the intermittent electron, your bike will start up like the headlight was never on. Better yet, the IPT’s 12.9V threshold is sufficiently safe, says Levitt, that repeated draining — I was so enthralled, I did the whole leave-the-headlight-on thing three times before leaving the poor baby alone — will not cause any long-term damage. In other words, this is as close as a battery is likely to get to being completely fool proof (Levitt has even programmed another, lower 12.2V threshold beyond which the battery won’t even try to start, just in case you try to run down the battery further after hitting the reset button by, for instance, trying to repeatedly turn over some cranky, old, ill-carbureted big-inch Harley).

As for the rest of the battery’s performance, it was pretty much superlatives all round as well. Although they are much lighter than stock, Full Spectrum makes a — pardon the bad pun — full spectrum of stock-sized batteries. The P10 I ordered, for instance, replaced the Suzuki’s FTZ14S almost perfectly, the only difference being that it was about four millimetres shorter. Better yet, most of the company’s stock-sized batteries are available with various ratings, my P10 available in three different configurations from 160 to 360 cranking amps.

Another impressive feature is that, instead of just one small terminal for each pole, Full Spectrum runs a terminal “bar” along both sides of the battery with attachments points at both ends. That not only means you can turn the battery around to fit multiple models, but you can also attach accessories without unbolting the main positive and negative leads. Très cool for those of us with heated vests and loads of other accessories.

For bikes that mount their terminals to the side of the battery’s posts, Full Spectrum offers neat little adapters, their elegance in complete contrast, for instance, to the clumsy affairs Antigravity offers for the same purpose. The Full Spectrum range is even almost reasonably priced, at least for a lithium battery — a P10 with 210 CA costing US$169. The same battery, rated for 160 CA, retails for $139. Yes, with the IPT technology included. Those prices may be significantly more than a bargain basement lead acid battery, but not so far removed from the cost of a topflight, name-brand AGM version.

In fact, I can only think of two downsides to the Full Spectrum lineup. The first is relatively minor, namely that the little Allen screws the company supplies to connect wire to terminal can get a little fiddly to install, especially in a horizontal configuration with a tight battery box. The second, more serious, is that there is not yet a Canadian distributor, requiring importation from the United States with all the tariffs and shipping involved. For many, that will be a travail too far for what is, after all, just a battery. On the other hand, it is less of a hardship than being stranded in a remote parking lot, late at night, with a dead battery. 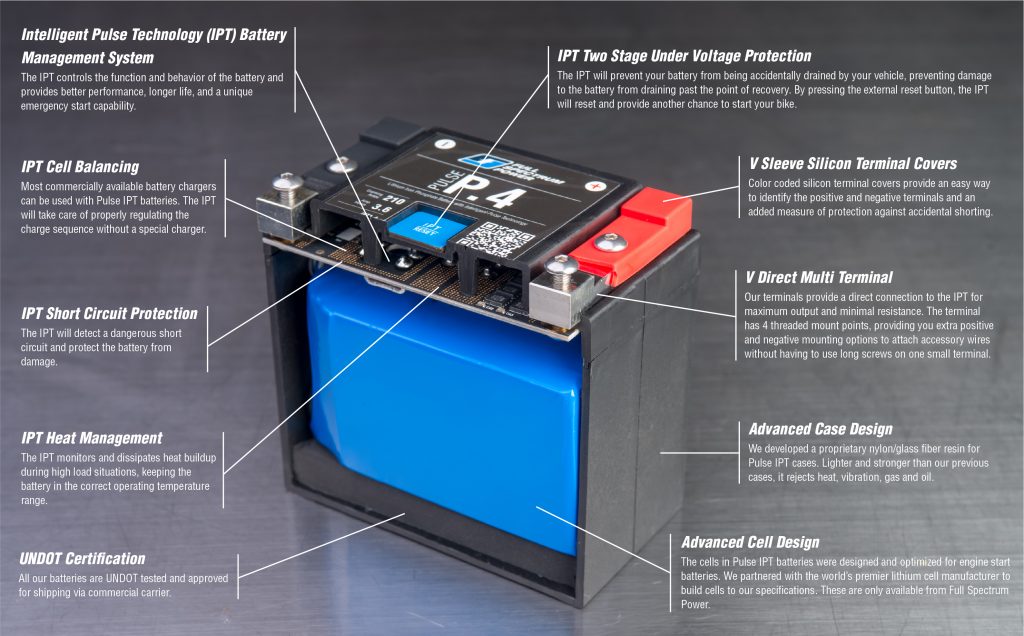