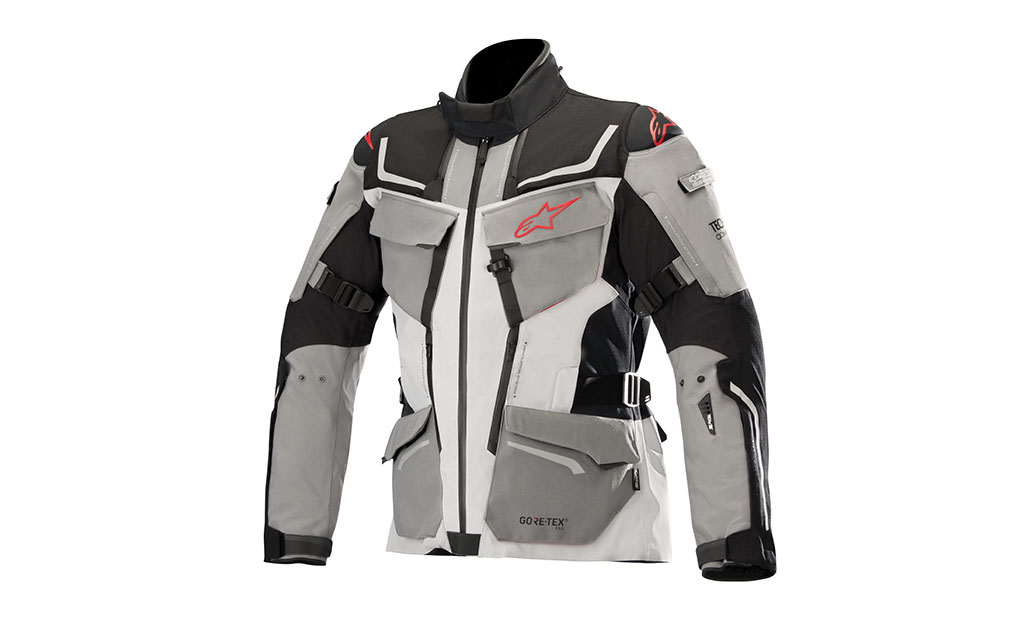 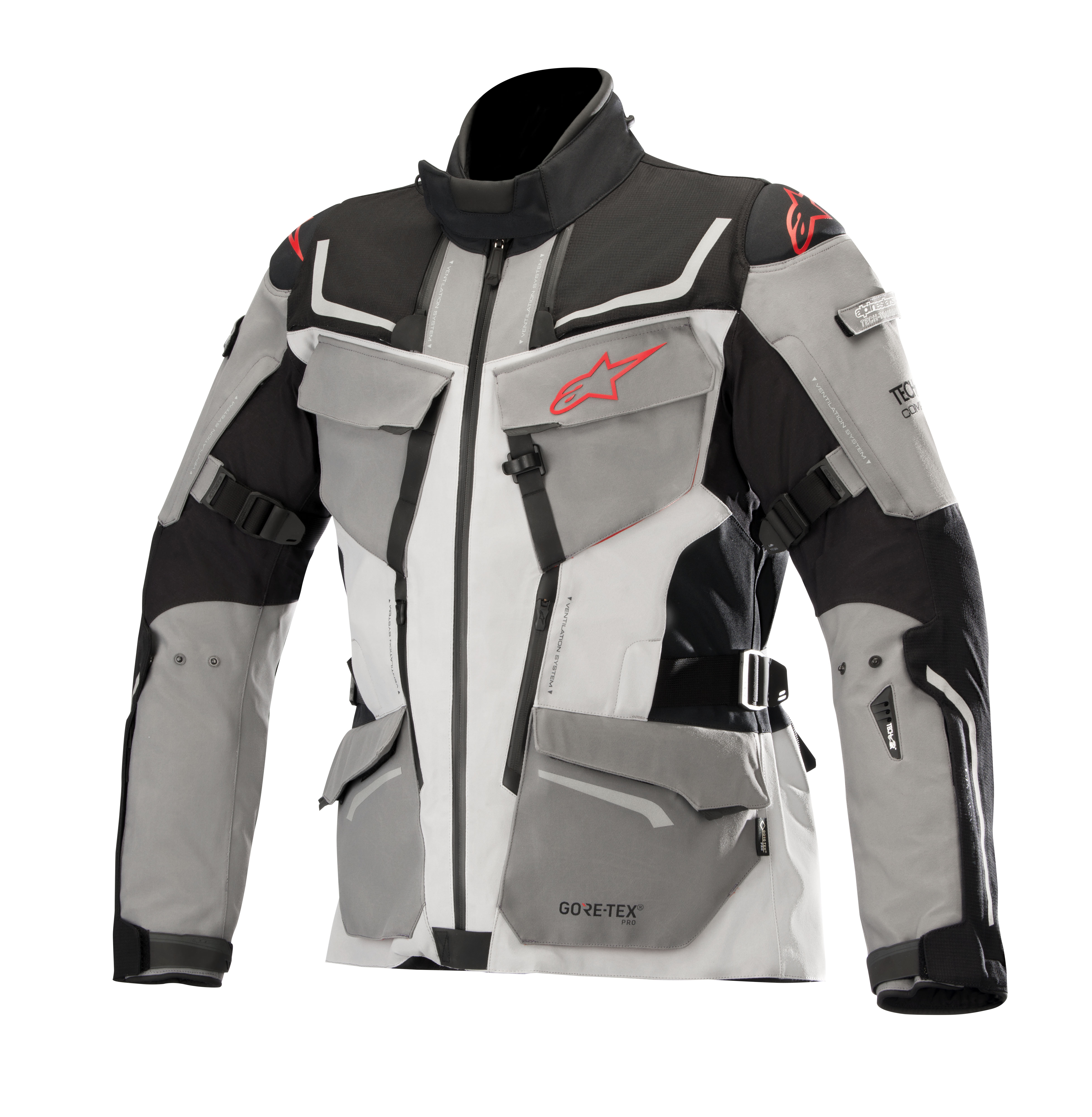 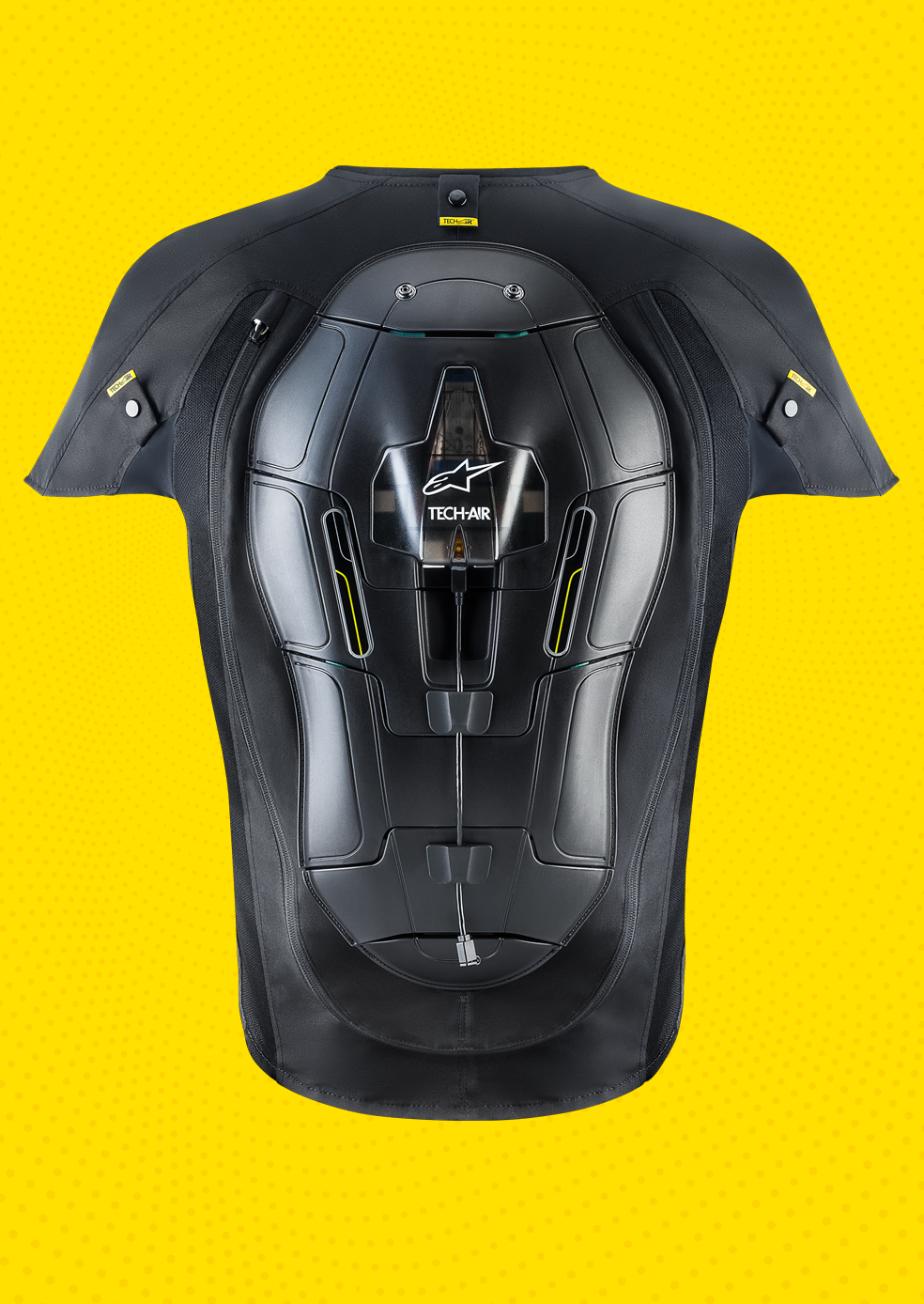 Air bags — or, more accurately, air bag-equipped suits — are now mandatory in MotoGP racing. They have been standard equipment in all automobiles for quite some time. Chances are that sometime in the future they will even become commonplace in motorcycle gear for everyday riders, so well do they protect fragile human bones from calamity.

For now, however, they remain a rarity — and if you’re reading that to be expensive, you’re not far off the mark — only Alpinestars and Dainese make totally self-contained, no-tether-cords-needed jackets for street riders. And, although both work in a similar fashion — so much so that there are lawsuits flying back and forth between the two companies — there are some notable differences.

For one thing, Alpinestars offers two different versions of its Tech-Air: Race and Street. Both have twin trigger mechanisms but, perhaps counter-intuitively, the Race only fires one at a time (since racers might pick up their steeds and rejoin the fray) while the Street version fires both at the same time. Street riders, Alpinestars determined, need quicker, more forceful inflation to protect them from the greater danger (curbs, mailboxes, etc.) of crashing on public roads.

The second is that while each Dainese jacket gets a specific air bag vest, Alpinestars’ two versions — again, Race and Street — are universal. That is, the Race vest will fit any jacket or suit designed for sport bike riders while the Street fits myriad textile, mostly adventure-style, jackets. Within those ranges, each vest is interchangeable with any number of shells (an advantage I will expound on in a minute).

Assuming you accept that air bags really are the ne plus ultra of motorcycle protective armour — and, if you haven’t, you need to give your head a serious shake — then the purchase decision is not so much whether to buy a vest as which shell you buy to go with it.

I tested Alpinestars’ top street-oriented Tech-Air compatible jacket, the Revenant. Blessed with no fewer than 10 vents, a pouch for the Camelback water supply, and Level II CE armour at both the elbows and the shoulders, the Revenant truly is a formidable jacket. It promises superior protection (which I, fortunately, did not test), rain protection (which I did and it passed with flying colours) and versatility (more on that in a minute). The Revenant shell is an impressive jacket in its own right and, should you want Alpinestars’ top-of-the-line textile jacket without the air bag, it will accommodate the company’s traditional Nucleon. It’s also comfortable (after a break-in period), very impressive visually (air bag or no, your fellow adventure riders are going to be admiring the Revenant’s features and robustness) and built to last. The battery that powers the onboard sensors has a long life, lasting up to 20 hours in use and more than three months while sitting in the closet over the winter. It’s an impressive piece of kit.

The Tech-Air Revenant’s only downside — other than price; the jacket costs $1,299.95 and the Tech-Air liner another $1,499.95 — is that, like the Dainese D-Air Cyclone I tested last year, weight remains an issue, the combination of vest and jacket hefty to say the least. More importantly, because the air bag is made of a non-breathable textile, precious little air circulates through it. My only complaint about the Revenant is that on warm summer days, even if all 10 vents are open, the jacket becomes something of a personal sauna, the inner layer preventing incoming air from wicking away moisture. Again, this is hardly unique to the Revenant; every air bag jacket I’ve tested is prone to this. Like the Cyclone, the Revenant is advertised as a four-season jacket. I’d say three and a half is more like it. Winter’s cold is easily blunted, but a 35-degree summer day will quickly send you scurrying for succour.

Alpinestars does have a solution for this issue. Along with the Yaguara, Andes and Stella Andes (for women), the Street vest also fits the Tailwind Air ($549), a mesh jacket that is not only lighter but should flow enough air to render an air bag vest manageable in the heat of summer. I have not tested the Tailwind, but have sampled the similarly-constructed Viper available in the US and, while it wasn’t as cool-riding as a traditional mesh jacket, it made donning an air bag in the dog days of summer bearable. A combination of Revenant, Tailwind and Street Tech-Air vest, therefore, might be the ideal, albeit expensive, all-season protection. 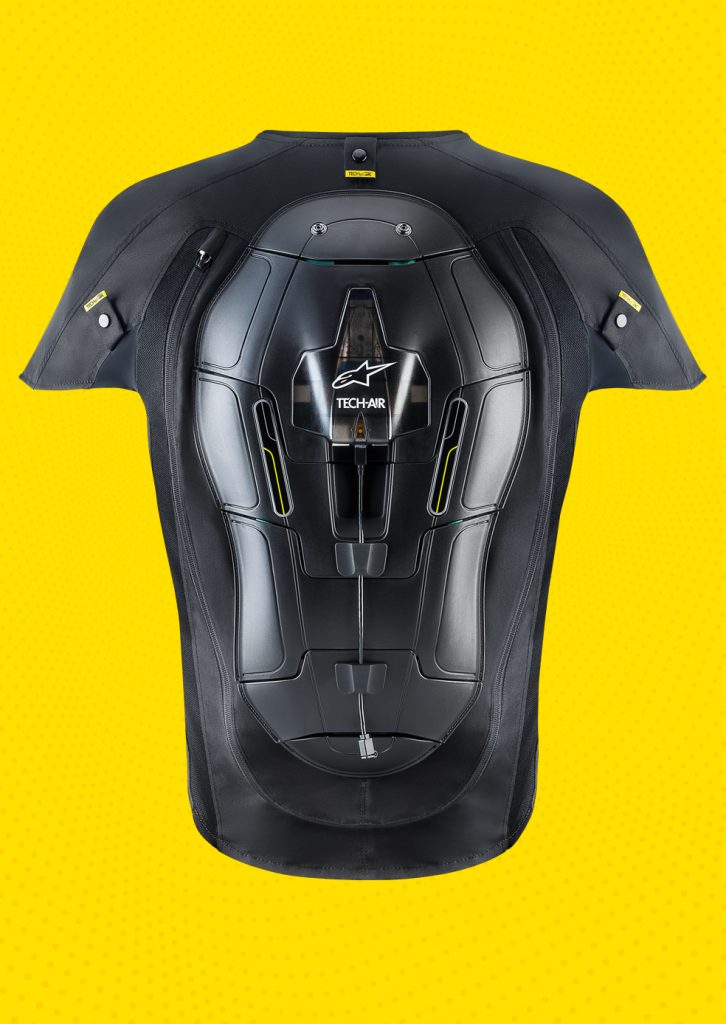