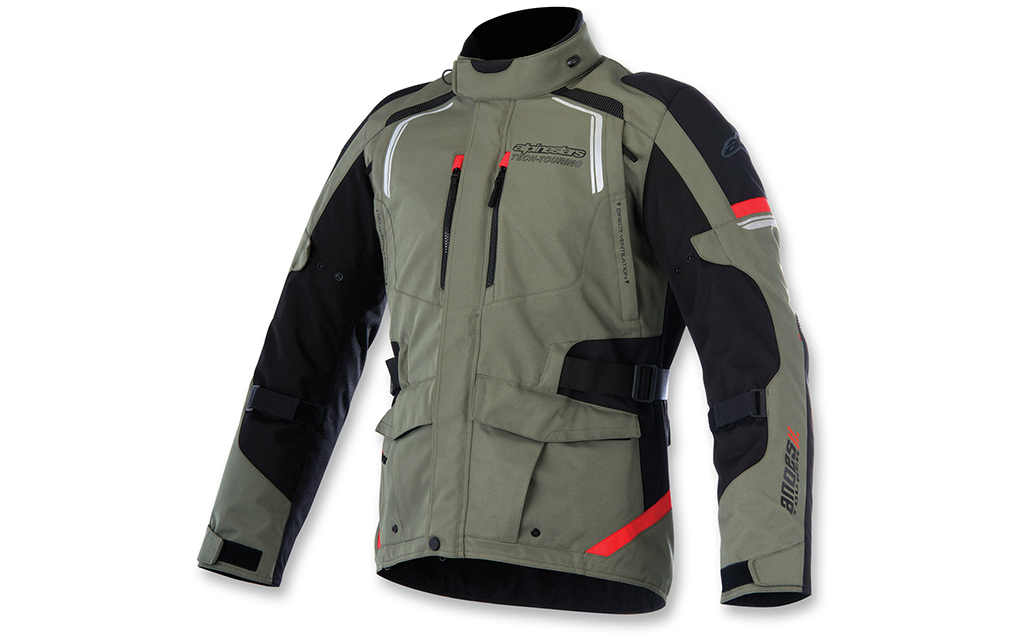 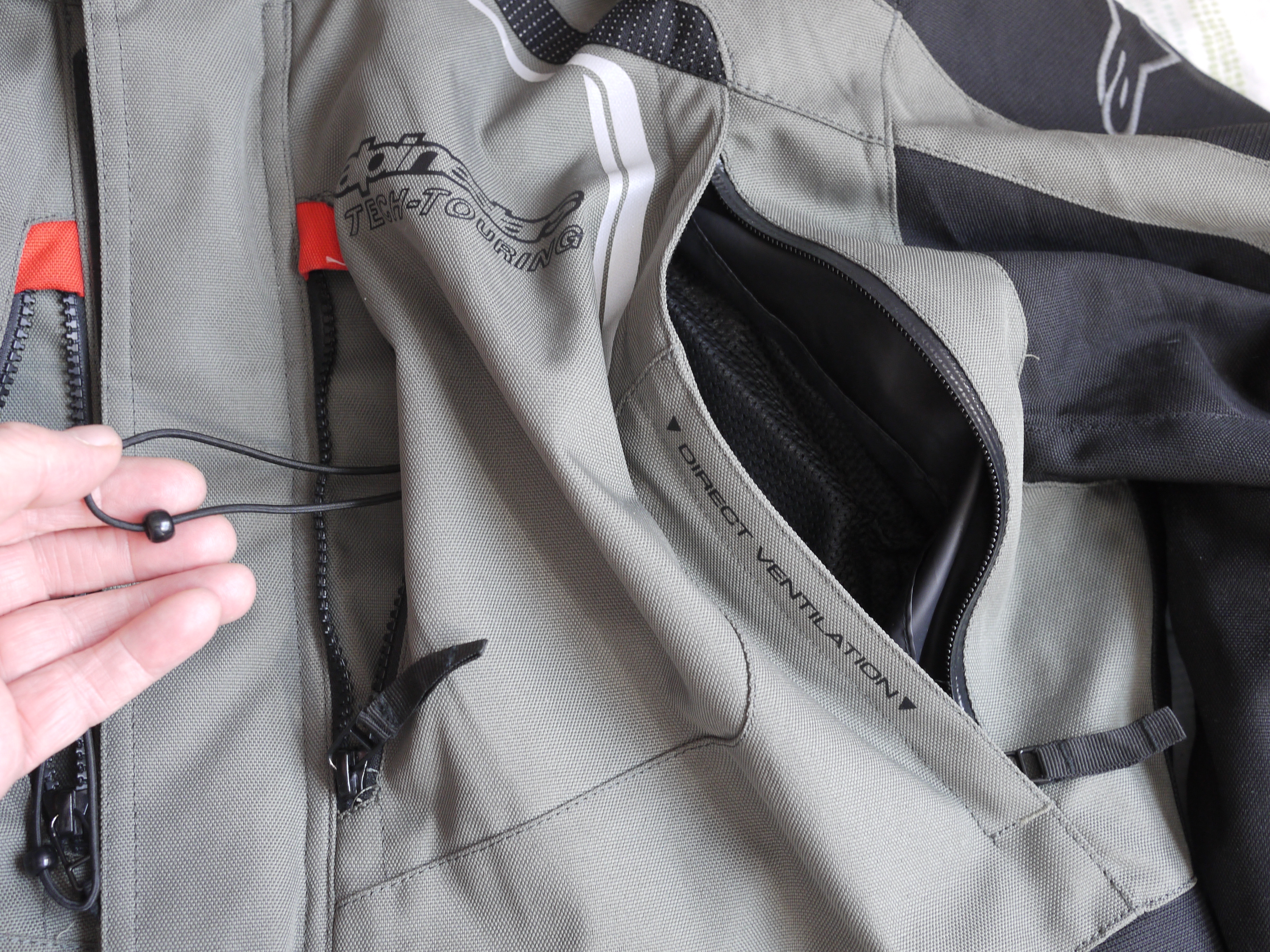 When cheap is not cheap

This Alpinestars jacket doesn’t cost much, but has a lot of useful features

One of the features that makes the Alpinestars Andes Drystar V2 jacket especially useful is a waterproof liner that’s built into the fabric of the shell, so every time you wear this jacket you’re covered for rain, at least from your neck to your waist. Which is a good thing in a motorcycle touring jacket that might be exposed to seven different climatic conditions on a lengthy ride.

In November, I wore the Andes Drystar V2 while riding in New Zealand, and though we didn’t get a lot of rain, there were brief occasions, particularly near the end of my two-week tour, when the clouds opened up and let loose, and I felt well-protected when that happened. And in fact I unintentionally put the jacket (and pants) through an uncommon test—a jetboat ride on the Shotover River, where we were treated to high speeds and the kind of abrupt turns that would rip the rear wheel off a motorcycle. Those breakneck 180-degree turns splashed anyone dumb enough to sit against the side of the boat (like me) with some very cold water every time as the boat created a wave and then smashed into it sideways. I wore no protection for my hands or my head, and those parts of me were soaked and painfully cold for much of the ride, but we had ridden motorcycles to the jet boat site, so I had on the Alpinestars gear, and while made for motorcycling, not boating, the Drystar jacket and pants kept those parts of me that they covered comfortably dry.

Most of the New Zealand tour, however, was conducted under the sun, and I was comfortable there too, because the jacket also vents well, allowing plenty of air to flow through large chest panels and cool the rider. Reviews of a previous version (V1?) indicate that while the rain liner was able to keep rain off the rider, it interfered with cooling, the incoming fresh air bouncing off the liner. But with the V2, the integral rain liner can be moved out of the way to permit good airflow when you want it. There’s an odd design feature that allows you to easily open the vents wider for more airflow: a shock cord that’s available through a left and right side chest pockets; it’s attached to fabric at the vent, so when you pull it, the vent gapes open like the mouth of a thirteen-year-old reading Cycle Canada for the first time (in the bathroom, of course).

This works for cooling because the rain liner is split there to allow air to channel through, though when the vent is closed the rain liner is still effective; why?—probably because the zipper is sealed into some rubberized fabric that should (I haven’t tested it in a heavy downpour) prevent rain from getting into the jacket there.

Some reviewers have called it a three-season jacket, meaning from fall through to spring, though in summer temps below about 30 degrees it should be comfortable. I wouldn’t recommend it for a minus 12 degree ride in Ottawa or Montreal in January, either, but then, I wouldn’t recommend being in Ottawa or Montreal when it’s minus 12, either. There is a full-size thermal liner that snaps and zips into place, and worked well for me when temperatures fell, but I have not tried it in seriously cold riding.

Thoughtful elements of the Andes Dryster V2 include a plastic hook on the neck and a loop on the flap so you can pull back the neck flap and hook it to keep it open, a bottom snap on the front of the jacket that’s rubberized on the outside to protect the paint on your fuel tank, and a waterproof chest pocket to keep your ancient cell phone or your passport dry in a downpour. Pockets were sufficient, with two large lower front pockets, the two smaller upper chest pockets with the vent-enlarging shock cards, two large inner pockets, and a big map pocket in the lower back.

The Andes V2 jacket is also good looking. Mine was in a slightly greenish brown fabric with black, red, and grey accents, and I liked the cut and the overall appearance. For about $350 Canadian, it’s as good a deal as you’re likely to get in a motorcycling jacket without committing a crime. Available in most sizes, a few colour options, and two of the many sexes now populating the realm. A recommended item. Distributed by Parts Canada. 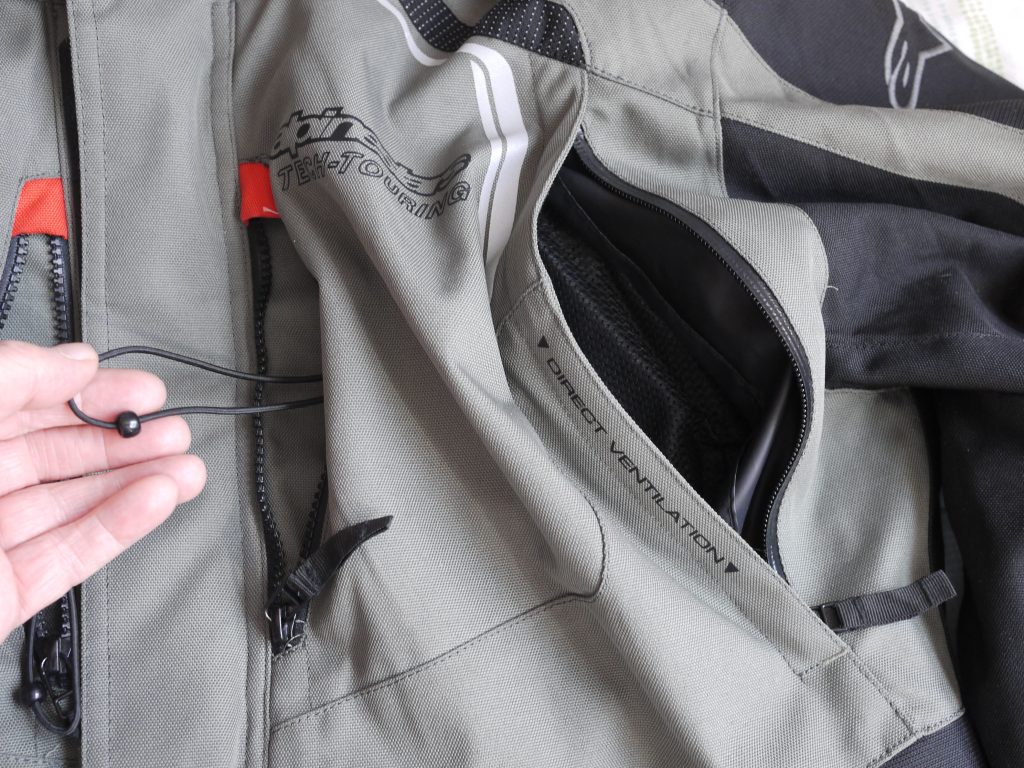