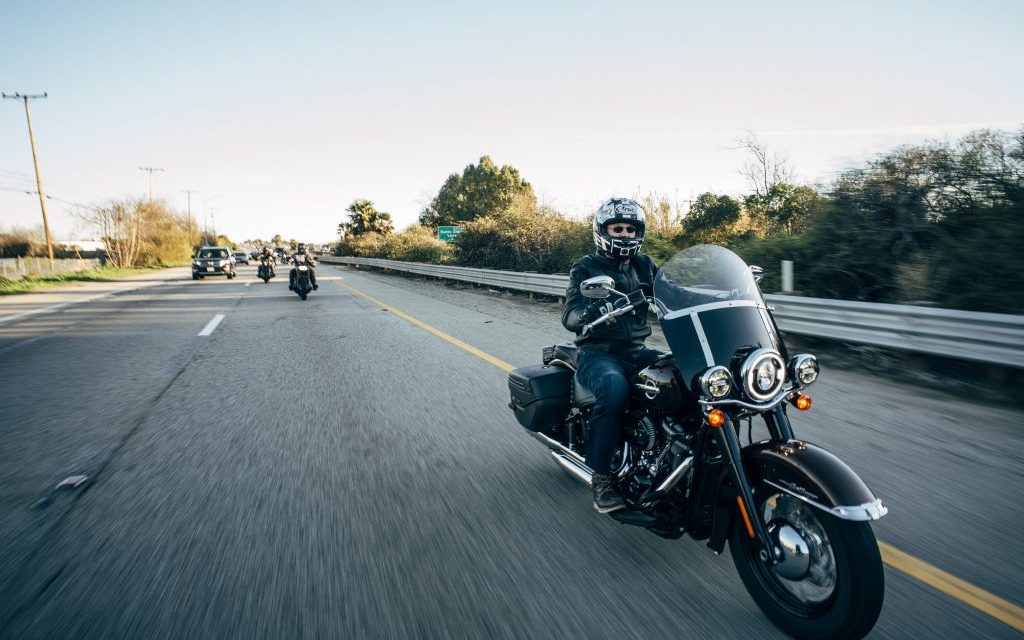 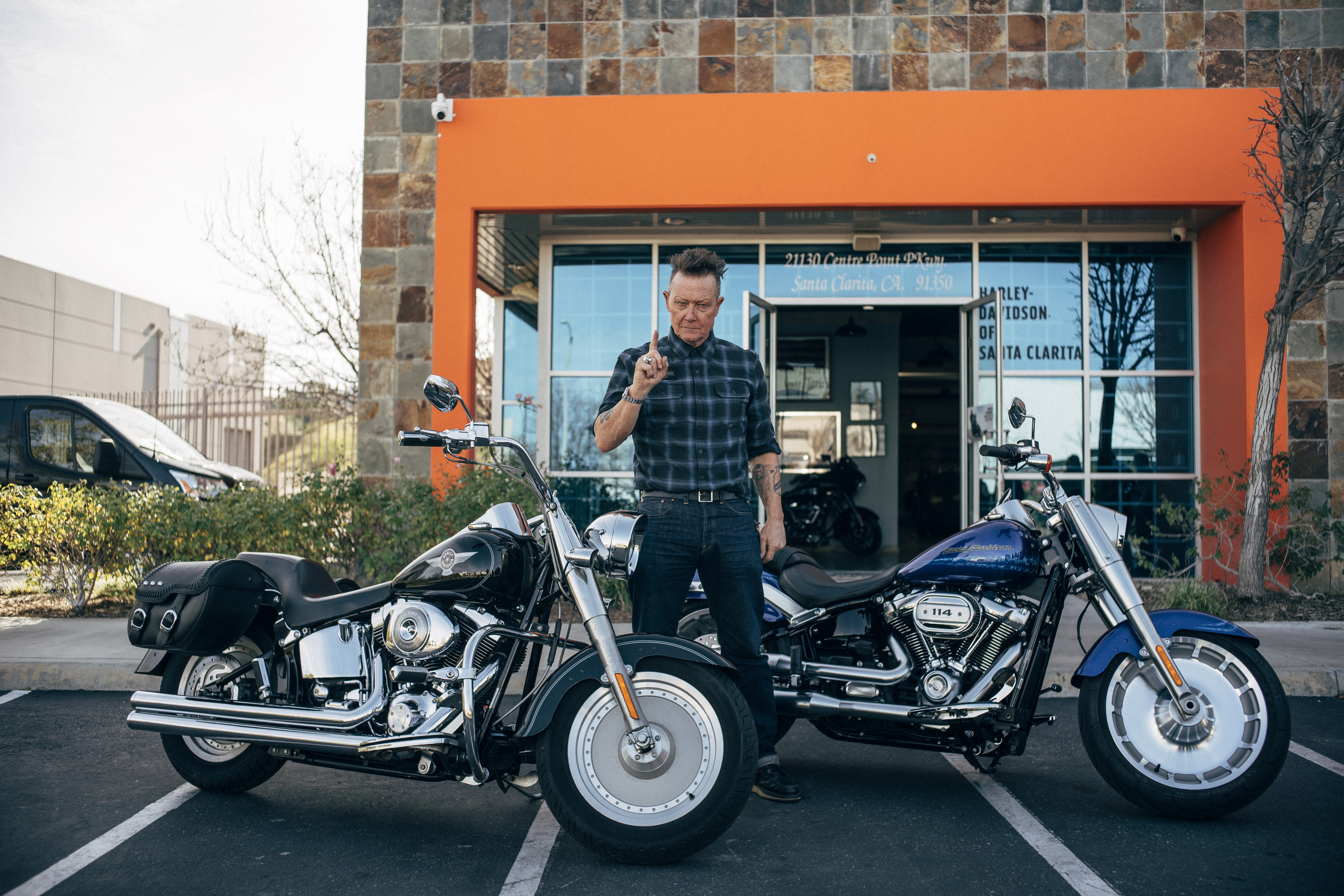 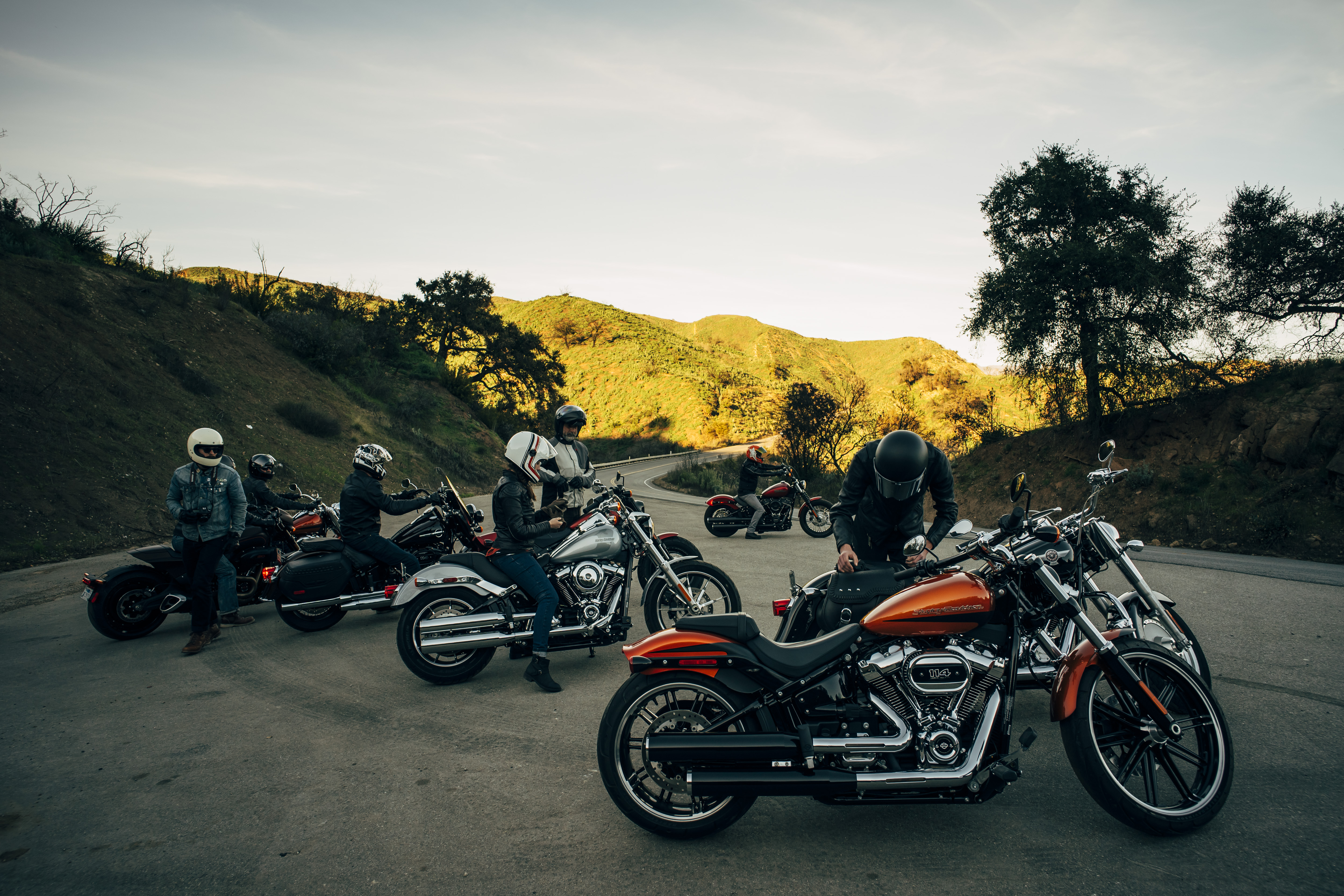 Revised softail is comfortable and powerful

Now, I know what you’re thinking. What do I care about Robert Patrick, a Harley-Davidson dealer somewhere in the middle of Nowhere, California?

Well, nothing probably. Nor should you. On the other hand, you might want to know what Robert Patrick, the actor who played the Terminator — OK, a Terminator ’cause Ahhhnold is the Terminator — in Judgment Day thinks about Softails. And yes, they are one and the same.

Now, Patrick went on to have something of a bang-up career, playing the heavy in Flags of our Fathers, We are Marshall, and even George Clooney’s Men Who Stare at Goats, but at the time of Terminator 2, he was a nobody whose only major credits were a minor role in Die Hard 2. In fact, he wasn’t even James Cameron’s first choice to play the part; T-1000 was supposed to be played by bad-boy Billy Idol until he suffered a major injury after falling off — cue major irony here — a Harley Wide Glide.

Anyhoo, as Patrick tells it, when shooting wrapped, Schwarzenegger and a few other stars were given brand new Fat Boys — the bike that Arnold’s T-800 jumps over a bridge — but Patrick, again just a newbie, was seemingly not deemed worthy. Indeed, as he tells it, he had to buy his own Fat Boy from Ernie Snare who, because this story isn’t filled with enough irony yet, now works as his sales manager.

So, Patrick has a thing for Softails — Fat Boys in particular — which is why, since we’re in California, we are chasing Robert Patrick, this time the Harley dealer, up Placerita Canyon Road, Patrick, this time acting more like T-1000, none too gentle on the throttle.

Lucky for us, since the Terminator’s Road Guide Ultra is a little breathed on, our Softails are powered by Harley’s latest Milwaukee-Eight engines, the new V-twin that maintains The Motor Company’s traditional 45-degree cylinder format but perches a freer-breathing four-valve head atop each. They may be rated for only 85 or so horsepower, but they do boast 118 pound-feet of torque, so it definitely qualifies as powerful in Harley world. 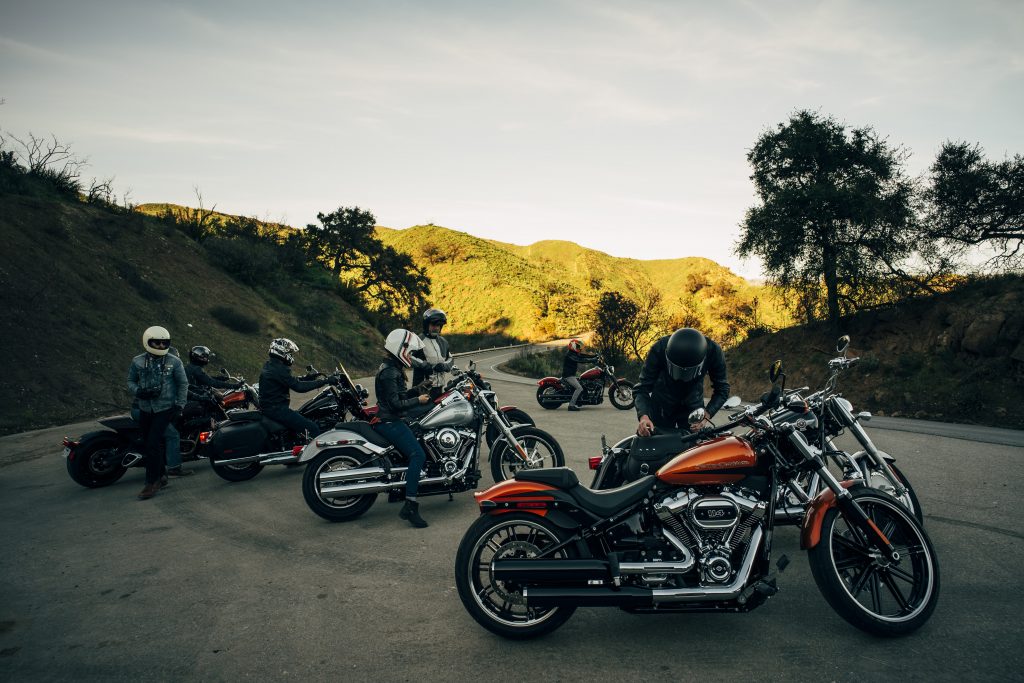 I’m plenty pleased. For one thing, the Heritage’s riding position is the uprightness that soothes the wimpy rider’s back. As long as I scootch my feet back as far as they can go on the floorboards — just the front of my soles are planted firmly — the seating is righteously comfortable. More than that, the Heritage’s seat may be the best — or, at least, the best for me — in Harley’s lineup. Indeed, frequent readers will remember last month’s quest for a better seat for my new Suzuki V-Strom; if I can find anything that feels nearly as plush to my skinny behind as this Softail’s stock seat, I’ll be plenty happy.

The ride isn’t half bad, either. Softails all get new dual-bending valve front forks and a superior monoshock design. The Heritage boasts 130 mm of travel in the front and a whopping — by custom Harley standards, at least, 112 mm in the rear —so there’s less Boom! Crash! Bang! over bumps, the lack of suspension bottoming in the rear particularly noticeable compared with previous Softails. Truth be told, there’d be no problem taking the Heritage out for a long tour, especially as its lockable, pseudo-leather saddlebags are spacious enough for serious luggage. Waterproof enough to keep your unmentionables dry, they’re also top hinged for easy stuffing. Fit one of the many accessory tailpacks to the back and both bike and its luggage capacity would easily be up to a week-long tour.

The Heritage is (semi) convertible to a bare-bones street cruiser, the barn-door windscreen quickly detachable. Strip it off and its Softail, uhm, heritage, partially disguised by the touring accouterments, shines through. In other words, you can, Marie Antoinette notwithstanding, have your style and your comfort too.

As for performance, I won’t bother reminding you that this isn’t a sportbike and that mondo horsepower and tons o’ ground clearance are not the package. But the Heritage offers more than adequate power — even two up — and enough lean angle to satisfy (and certainly more than the aforementioned Fat Boy).

If you can’t live without more power, Harley does offer Screamin’ Eagle packages all the way up to 120 horsepower. That still doesn’t put the Heritage in Hayabusa territory, but if you’ve never driven a 120 hp V-twin — especially one with apehangers and floorboards — let me assure you it is “adequate.”

Indeed, my major criticism surrounding the Heritage is the same as it ever was, namely that Harley, for some inexplicable reason, still outfits the front of some of its Softails with but a single disc brake. This was already decidedly uncool when Milwaukee’s finest boasted but 88 cubic inches but now that there’s 114 cubes at the ready — with eight valves, no less — there’s even more temptation to get into trouble. I can’t believe that Harley owners cherish the look of one clean fork leg enough to jeopardize safety. Certainly, the lack of Whoa! power makes the standard ABS system all but unnecessary. C’mon Willie G. or whoever’s designing Harleys these days, symmetry isn’t a bad word.

Other than that, there’s not much to complain about the Heritage. It is, after all, the one Softail I can ride for more than 30 minutes.