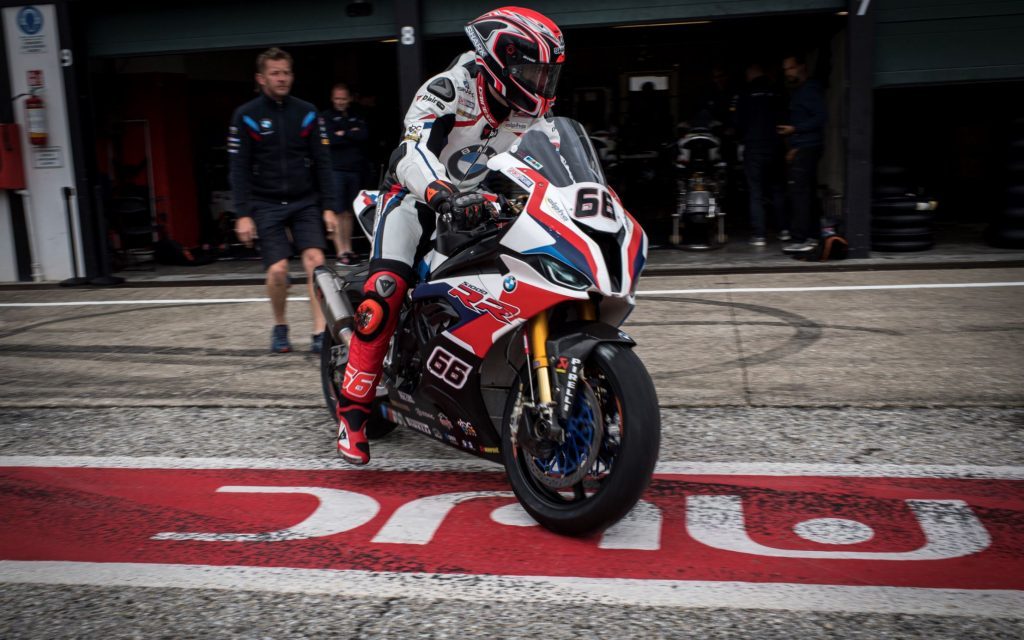 The BMW Motorrad WorldSBK team are in Italy for Round 7 of the 2019 World Superbike Championship, held this weekend at the Misano World Circuit Marco Simoncelli.

Tom Sykes and Markus Reiterberger have arrived back in Italy following the productive two-day test here just a few weeks ago however, now eager to build on the momentum gained from the last round in Jerez.

With Tom Sykes picking up 3 solid race results in Jerez a fortnight ago he is now looking to replicate the same results here in Misano. Markus Reiterberger had a difficult weekend at the Circuito De Jerez however made some promising steps forward with the set-up of his BMW S 1000 RR, the aim now is to keep working forward and keep pushing for solid points to add to the board.

Temperatures are set to soar at around 30℃ + over the weekend which will add the excitement of the racing, and with the track temperature also set to be extremely hot it will make tyre choices critical.

“Obviously we had a solid performance at Jerez for Tom and we want to continue that good work at Misano. I think more importantly we want to see if we can consolidate our qualifying results into good race finishes. We hope that we can compete in the top six again at Misano, a circuit at which we quite recently had a very positive test. Markus went to Jerez trying to find a new set-up on the bike that he could be comfortable with in a similar area to where Tom is with his set-up. Hopefully, the set-up that we finished with at Jerez will also be positive and work at Misano. The weather forecast is positive and the track temperature will be high which will affect everybody. On the whole, however, we are looking forward to going to Misano, from where we can hopefully return with some strong performances.”

“We are well equipped going into the weekend on the Adriatic coast. We hope that the race will confirm our outcomes from the Misano test three weeks ago. It is clear that we still have to up our performance, and we will take a step in the right direction here at Misano. Our goal is to consistently finish in the top six. We also want to continue the positive set-up work we did at Jerez with Markus. We are confident that he will then be able to raise his performance levels to Tom’s.”

“I am very much looking forward to the Misano round of the Superbike World Championship. It’s always a pleasure to race in Italy and of course it’s on the back of a two-day test there. It was certainly worth doing the test in preparation for the race and obviously I have quite high expectations with the BMW S 1000 RR chassis. I really hope we can have a very consistent weekend and the target is to try to finish in the top five in all three races. I am certainly trying my best along with the entire BMW Motorrad WorldSBK Team to try and secure some podiums now and hopefully get the one that we were so close to at Imola. That would be great for the whole team.”

“Misano is a cool circuit, which I really like. Last year, we were very successful and won there with the Superstock bike. After the test there a few weeks ago, we are prepared for anything the weather can throw at us. I think our bike will perform well there. I obviously hope that the weather is nice, but not too hot, and that we have an awesome weekend. A lot of friends and fans from my part of the world will travel there, as the event is very popular. I am really looking forward to it. At the same time, I am obviously focussing fully on the race.”