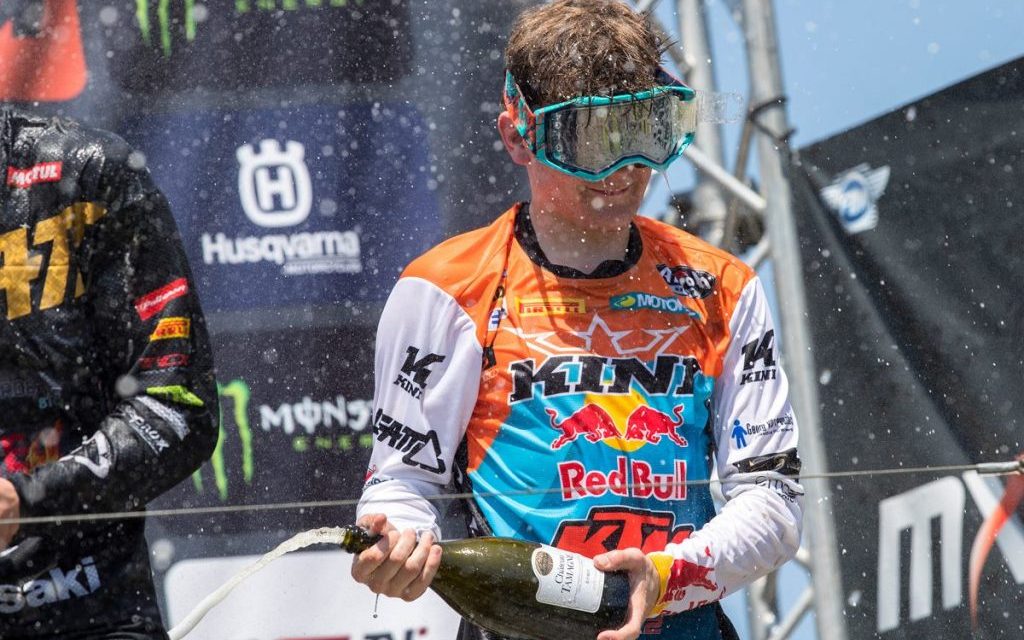 The feeder series to MXGP joined the FIM World Championship for the long journey east and to the fast, hard-pack and jumpy circuit of Orlyonok and the third Russian Grand Prix to be hosted by the facility.

Rene Hofer travelled to the venue on the shores of the Black Sea in better shape after recovering from a small right knee injury that plagued his progress in the last outing in France two weeks ago.

The eighteen year old Austria made two bright starts on his KTM 250 SX-F to circulate the hot hard-pack in immediate contention for silverware. The highlight was a first moto holeshot where he also led the competitive pack. Hofer’s usual determination and mental fortitude helped the EMX250 rookie set a pace in both outings that allowed him to finish 2-3. His runner-up slot in Saturday’s first race represented a personal best classification so far.

Rene Hofer: “We had an amazing weekend here in Russia. Finally a holeshot in the first race! I was leading for about fifteen minutes until I made a mistake by being too careful while overtaking a backmarker and Van de Moosdijk passed me. He was just a little bit too fast and I was happy to take second. I made some quick passes in the second moto and moved up to third but the two riders ahead were then a little too far away to make an attack. A few weeks ago France was very difficult for me because of the knee injury but I healed-up quick. I’m super-happy and excited about my first EMX250 podium, big thanks to all the team and a big happy Father’s Day to my Dad!”

EMX250 follows MXGP for the next two weeks with the fifth and sixth rounds taking place at the Grands Prix of Latvia and Germany.