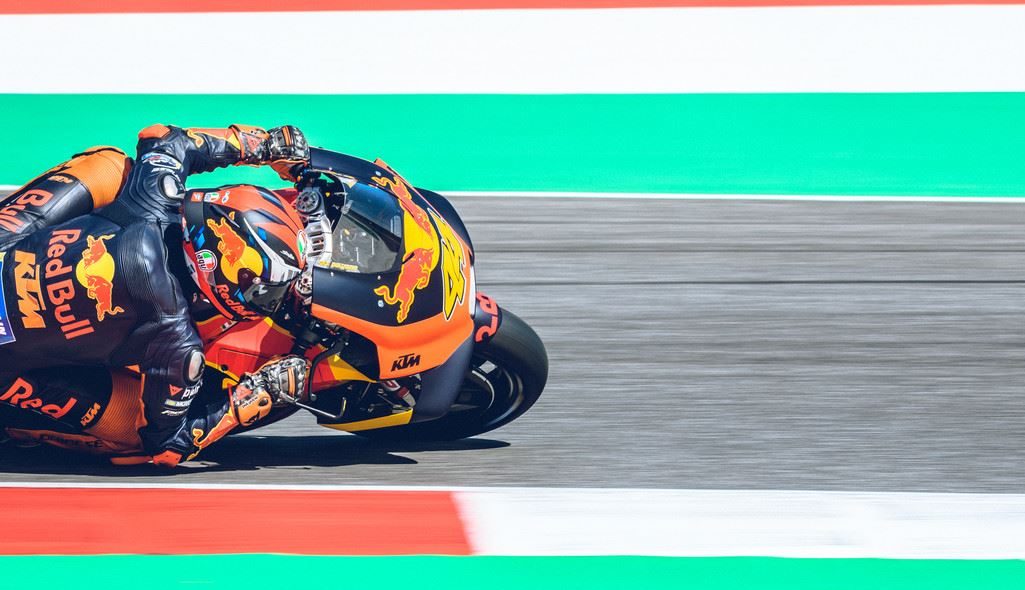 Still buoyed after 6th position from round five of nineteen at Le Mans two weeks ago, Red Bull KTM travelled to Mugello and the wonderfully scenic and challenging course a short distance north of Florence. Largely unaltered in design since the circuit first appeared in Grand Prix back in the mid 1970s, Mugello was a different prospect altogether compared to the heavy braking zones and tighter corners at the French venue.

Pol Espargaro was immediately on the clock from the first Free Practice sessions on Friday, already dipping into the 1min 46 bracket to vie for direct Q2 selection. Team-mate Johann Zarco also approached the top ten, split by fractions of the second as he took 12th. On Saturday Pol roared out of the pitbox to set the second fastest time in FP3; achieved with a lap almost two seconds better than the effort he managed in 2018 and thus representing fantastic progress.

As Zarco pushed in Q1 he unfortunately crashed in the third sector of a flying lap and rested 19th. Meanwhile Espargaro was able to wait until Q2 (the second time in six rounds he was able to enter the chrono) where he used his last flying lap of the fifteen-minute session to log a 1min46.4 and end the day in 11th.

Pol Espargaro: “I’m more than satisfied. The lap-time we did this morning was outstanding and I feel super-proud of what we are doing. I wanted to do better in the afternoon but if there is a small change then we pay for it quite hard. It was quite windy in some parts of the track in the afternoon and with the change of direction I could not move the bike. I was hitting T1 even faster than the morning lap but I was losing it through T2, 3, 4: more than four tenths of a second there. Honestly though I am super-happy and looking forward to tomorrow because I think we have better pace than what we are showing. It will be a fun race.”

Johann Zarco: “I tried to adapt myself as much as possible to the bike to use different lines and different places to brake and open the throttle – because this is what I have to do. Pol is going very well this morning and this means he has good confidence and this is possible on the bike and I am trying to change myself to do it. I need to learn and keep pushing for the race.”

Hafizh Syahrin: “I tried to do a good lap time and, in the end, it was better but we are still far from the top. We try to understand how to improve more for tomorrow, where we aim to stay on the wheel of some other riders in order to learn more about our new bike and have a decent race.”

Miguel Oliveira: “Today after FP4 we had a quite good feeling and pace. Actually, it was the shortest gap we had to the front, so I was pretty positive and going into the Qualifying, obviously on the first run, I couldn’t make a perfect lap. After this, I was waiting for a tow and when I finally got it I crossed the finish line one second down. This lap was more than half a second faster than my best, although it doesn’t count! Anyway, we’ll see tomorrow, we hope to have a good race and learn as much as possible.”

Red Bull KTM Ajo’s Jorge Martin came through the Q1 period to take 12th place in Moto2 while teammate Brad Binder missed the qualification cut and will start from the seventh row in 19th spot. Former Moto3 Grand Prix winner at Mugello, Andrea Migno, was the highest KTM rider with 4th position after the Moto3 Q2 period. The Italian will line-up behind Lorenzo Dalla Porta, Gabriel Rodrigo and Polesitter Tony Arbolino for what will be the first race of the day tomorrow.