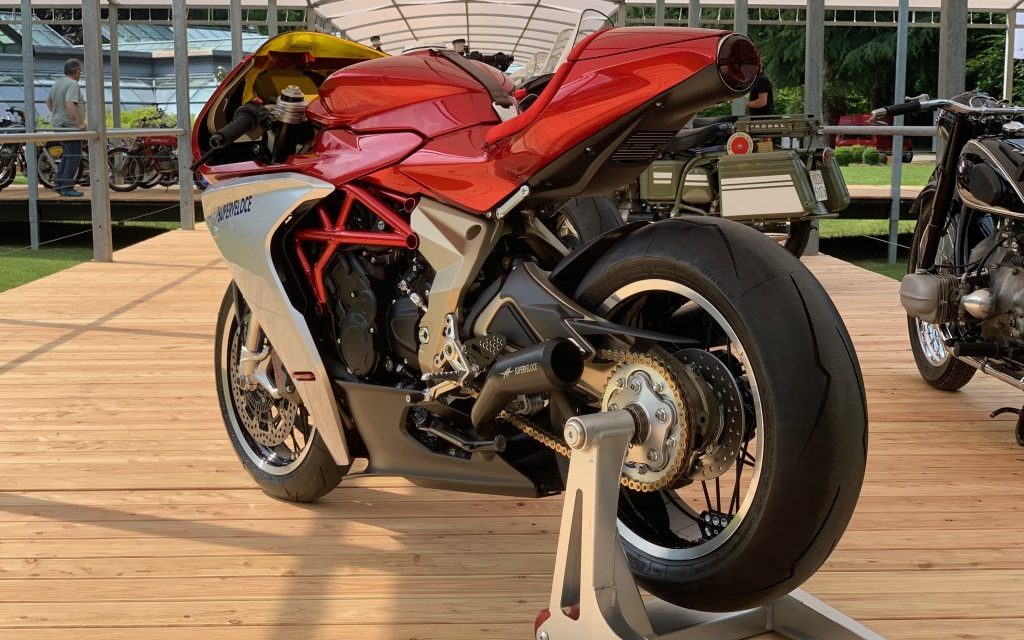 Exactly 90 years ago the first edition of what would become one of the most prestigious and traditional events in the world for historic vehicles was held on the shores of Lake Como. Since 1929 the Concorso d’Eleganza Villa d’Este has been exhibiting vintage cars and the most precious and original historical motorcycles. Since 2002, alongside these, concept cars, concept bikes and prototypes have also been introduced.

Adrian Morton, Design Director of MV Agusta/ CRC (Castiglioni Research Center) and responsible for the styling of the Superveloce 800 commented:
“Following on from a successful initial presentation at EICMA 2018 (alongside the Brutale 1000 awarded “Most Beautiful Bike of the Show”) it was a huge honour to receive an official request from the organisers of such an incredible unique event.
The Superveloce 800’s distinctive styling; a combination of retro elements inspired by the sensual forms and characteristics of the MV Agusta racing motorcycles of the 60s, and visionary styling combined with the latest technologies, have given the basis for develop a provocative design proposal; a design suspended between past and future; perfectly in context for an event where historic coachbuilding meets future concepts.
To win the award within the Concept Class is a huge satisfaction that is a reflection of the dedication, passion and energy we dedicate to every motorcycle .”

Originally presented as a concept, the MV Agusta Superveloce 800 anticipates the model that will be produced in series within the initial months of 2020. For its technical and aesthetic characteristics the Superveloce 800 is a candidate to become one of the most eclectic and original in the history of the company.