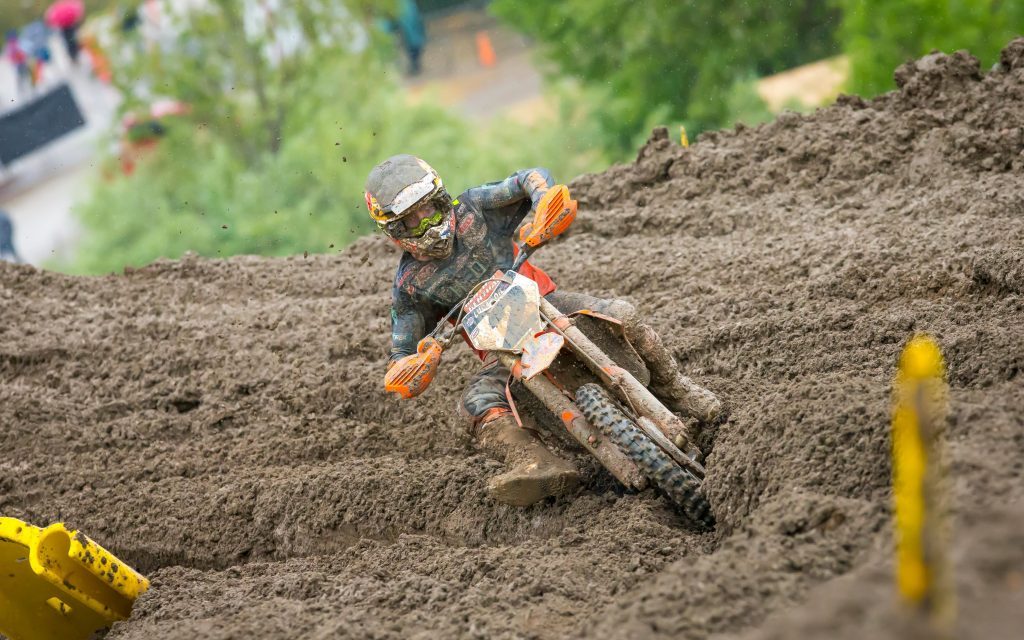 Just two weeks after the conclusion of the 2019 AMA Supercross Championship, the Red Bull KTM Factory Racing Team headed north to Sacramento, California for the opening round of the AMA Pro Motocross Championship at Hangtown. Battling both dry and muddy conditions at Hangtown, team riders Cooper Webb and Marvin Musquin delivered solid results to bring home fifth and sixth overall, respectively, from the season opener.

Recently-crowned AMA 450SX Champion Cooper Webb made the transition to the outdoors with ease, qualifying inside the top-five. With a solid gate pick for Moto 1, Webb powered his KTM 450 SX-F FACTORY EDITION into the holeshot where he eventually settled into second on the opening lap. He rode strong in second for a majority of the race until he was passed with three laps to go. Despite a hard charge, Webb finished third in the first race. In Moto 2, Webb got off to a great start up front but an early mistake caused him to get cross-rutted and drop back to seventh on lap two. Despite a couple more crashes in the mud, Webb was able to battle his way back up to finish sixth in the moto. With combined finishes of 3-6, Webb secured fifth overall at the season opener.

Webb: “The opening round went pretty well considering the conditions at the end of the day. In the second moto, I struggled in the mud to get a flow going and I fell a few times. Overall, it’s not what I wanted but it’s a good start to the season and we’re in a good position, so we’ll get better from here.”

Musquin kicked off the day on a good note, qualifying third overall in the 450MX class before enduring a big crash in the second practice session that left him banged up heading into the first moto. After getting off to a tough start in Moto 1, Musquin was forced to work his way through the field early on. He climbed up to seventh, where he ultimately finished in Moto 1. In Moto 2, Musquin powered his KTM 450 SX-F FACTORY EDITION through the sloppy conditions to capture the holeshot and early lead. He settled into third on the opening lap and from there, he battled back-and-forth between third and fourth-place. He made the pass on Jason Anderson to overtake third late in the race but he ultimately got passed by Zach Osborne on the final lap to finish fourth in the moto and sixth overall for the day.

Musquin: “I was super sore after my crash in practice but I tried to regroup and get as better as I could before the motos but the first moto was tough. The feeling was not good and the start was not there, so I was battling with myself, basically, and then the track – I couldn’t find a good flow or rhythm. The second moto was better but it was a very disappointing outcome for me as I’ve gotten second the last two years here. Hangtown is always tough, so we know where we are now and it can only get better.”