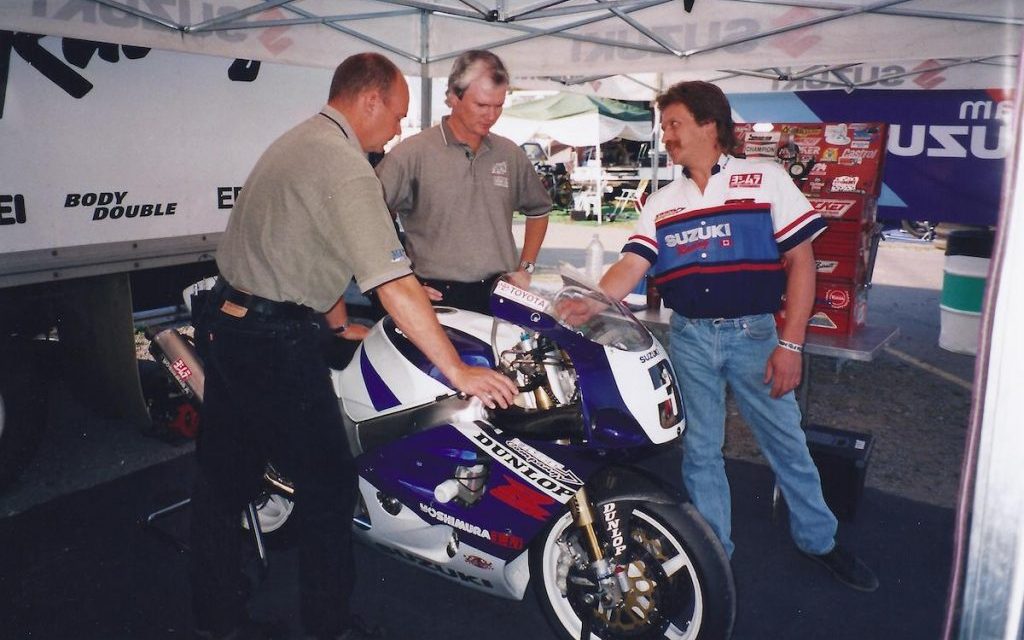 TSN’s “Motorcycle Experience” program celebrates their 30th anniversary of broadcast on The Sports Network in 2019, and part of the festivities surrounding this milestone with include the support of the Amateur Lightweight Sport Bike class on the 2019 Mopar CSBK National motorcycle road racing tour.

“I think that Amateur Sport Bike is a good fit for our show,” confirmed Hatch, a former competitor in the Shannonville Motorsport Park, ON, based RACE SuperSeries. “This class centres on the rising stars of Canadian competition, and there is also a lot of focus on the lightweight class of machinery in terms of street bikes as well as in competition these days.”

The Amateur Lightweight Sport Bike category is for very lightly modified, street-bike based racers below 500cc’s displacement.  The class is built around Kawasaki Ninja 250, 300 and 400 bikes, as well as Honda singles and twins and the Yamaha YZF-R3 twin.

TNS’s “Motorcycle Experience” is known for their moto, “the voice of motorcyclists everywhere,” and have long supported two-wheel sport.  The original version of the TSN magazine show, “Motorcycle Rider,” sponsored a Grand Prix class at Shannonville in 1993.

Hatch will be on hand at the Shannonville Motorsport Park National opener May 17-19, presenting awards on the podium to the top finishers in TSN’s “Motorcycle Experience” Amateur Lightweight Sport Bike event.  Each National weekend features two races for the Ltwt racers, one on Saturday afternoon and one on Sunday.

As well as supporting the CSBK tour in 2019, TSN’s Motorcycle Experience will be on hand at the Toronto Sheraton Airport Hotel and Conference Centre for the 14th annual Canadian Motorcycle Hall of Fame event November 2.  This event is the kick-off for the 40th anniversary of Superbike racing in Canada, 1980-2020.

“I have been involved in the Superbike series over the years in a number of roles, and I look forward to celebrating this anniversary with some of the founders of the sport in Canada,” explained Hatch.  “Canadian motorcyclists have a great story to tell, and the Superbike racers are certainly some of our best story tellers.”