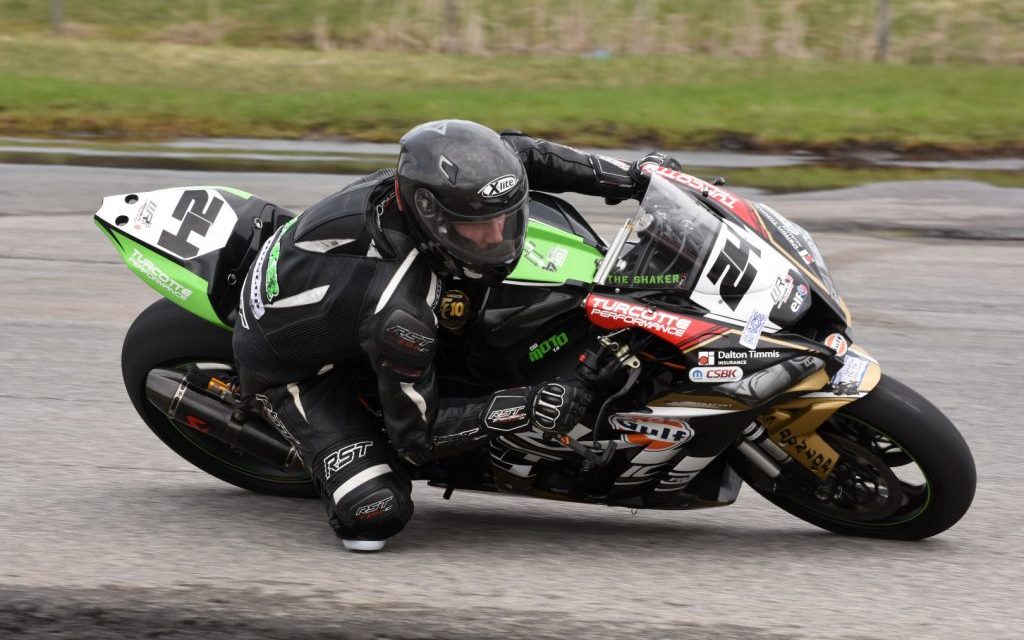 A number of names familiar to the Mopar Canadian Superbike Championship kicked off their season ahead of schedule on Saturday, as the RACE Superseries set their grids for Sunday’s round one racing at Shannonville Motorsport Park.

The start of the regional racing season comes just two weeks before the National series heads to SMP, situated just outside of Belleville, ON.

The top performer amongst the usual CSBK participants was Mirabel, QC’s Sebastien Tremblay, who finished second in all three heat races he was a member of aboard a pair of DB Moto sponsored Kawasaki ZX-6R and ZX-10R Ninja machines.

Two of those races (Pro Superbike and Sprint Cup) were won by local rider and defending regional champion Elie Daccache, while the Pro Sport Bike qualifier was won by Sarnia, ON’s Will Hornblower.

Hornblower will be returning to the National circuit aboard his Yamaha YZF-R6, after the longtime Sport Bike contender was forced to sit out the majority of the 2018 campaign.

One name who will look for better results on Sunday is Peterborough, ON’s Tomas Casas, as the youngster was forced to exit the Pro Sport Bike qualifier with a mechanical issue aboard his Parts Canada Yamaha.

Searching for his third-consecutive Liqui Moly Pro Sport Bike title in the CSBK series, Casas will be forced to start from the back of the grid for Sunday’s race but is a sure bet to make up ground after running inside the top-three for most of Saturday’s qualifier.

Another notable name on the regional grids was Verdun, QC’s Nicolas Meunier, who impressed in his first taste of Pro racing aboard a Turcotte Performance Kawasaki ZX-6R.

The pre-season favourite to win the Brooklin Cycle Racing Pro Rookie of the Year award, Meunier qualified fourth in the Sport Bike category and fifth in Superbike heading into Sunday.

The most well-represented class in terms of National talent was the Mopar Express Lane Lightweight Production grid, which was split into a Senior and Junior division unlike its CSBK counterpart.

It was LeClair who came out on top of Saturday’s heat race, as the Yamaha teenager looks to follow in his older brother Jake’s footsteps after winning the CSBK title in 2018, while Simpson settled for third aboard his Honda CBR500R.

A mechanical incident late in Saturday’s action forced the day to be cut short for cleanup, leaving the results from the TTR Ignitions Amateur Sport Bike and Superbike Depot Amateur Superbike classes unofficial until posted otherwise.

The RACE Superseries will now prepare for its feature races on Sunday, before the SMP circuit makes way for the CSBK tour on May 17-19.

Full results from the weekends action can be found once posted at www.mylaps.com, while information regarding the CSBK series can be found on its official website at www.csbk.ca.