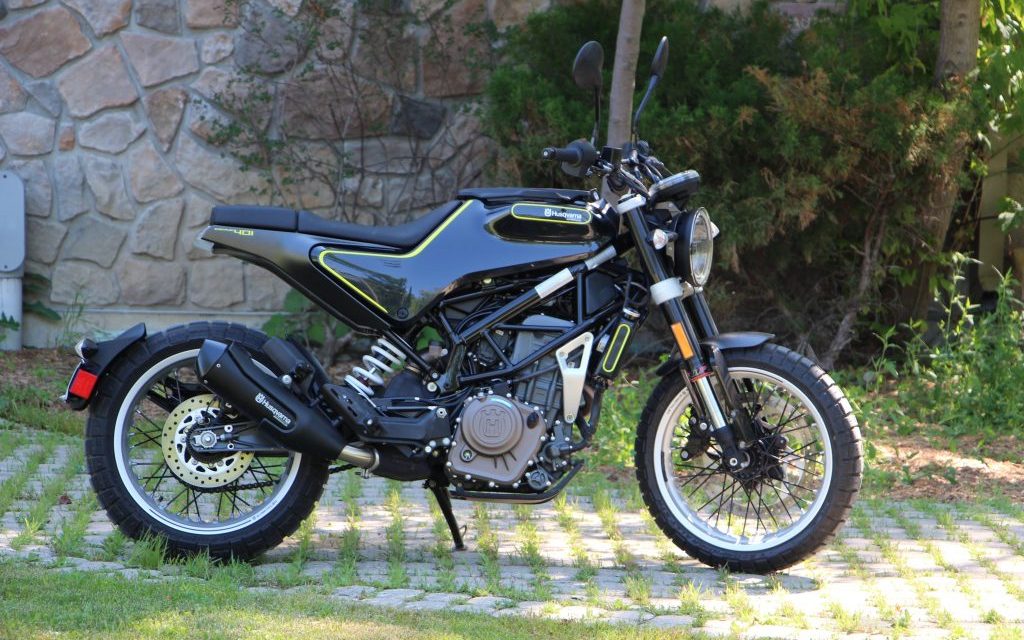 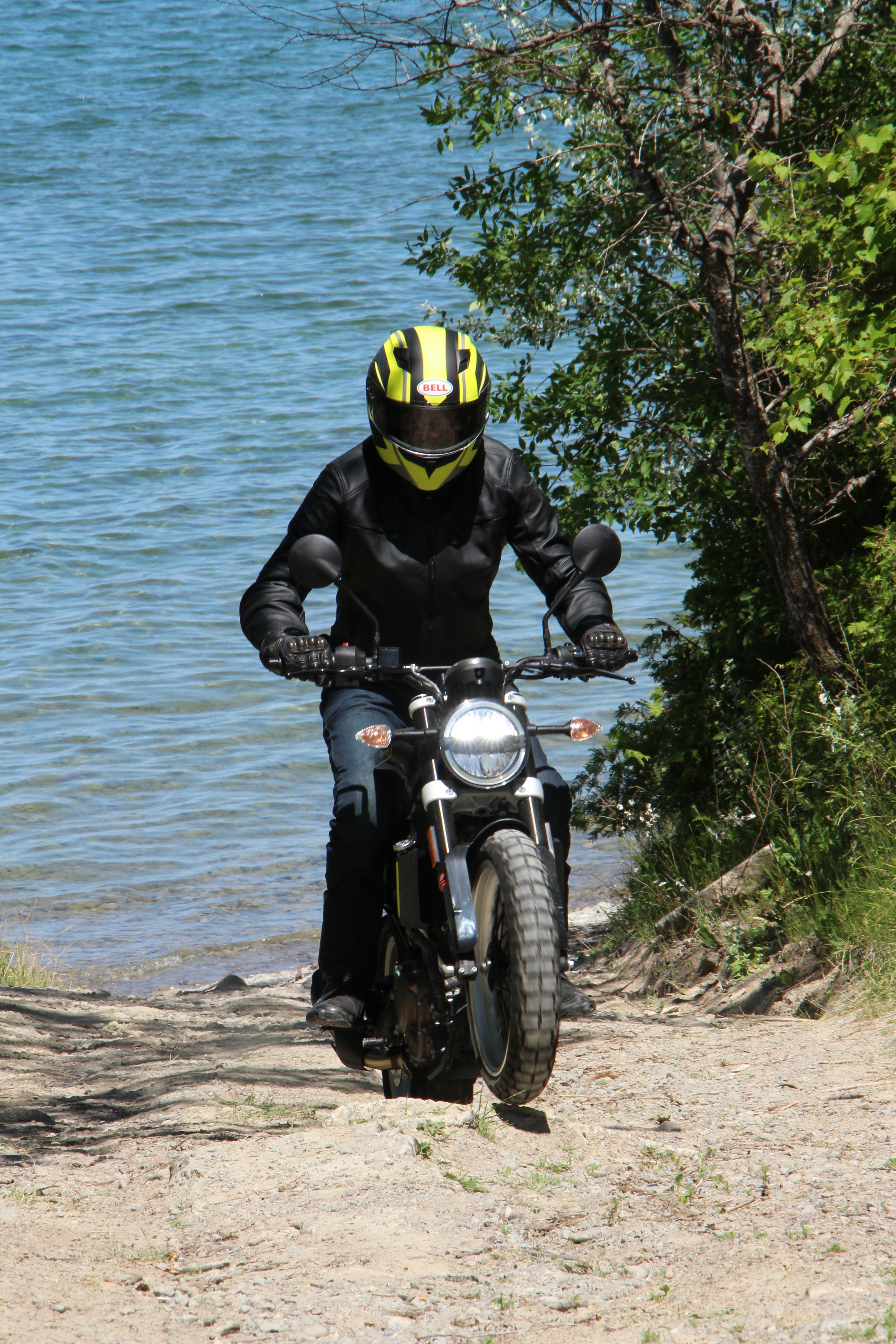 Husky borrows from Jules Verne to sell motorcycles to the future

We need to get young people interested in motorcycling. That much we know. We aging Boomers, after all, are not long left for two-wheeling.

What we don’t know is how to get them interested, i.e., get their minds out of their video games and graphic novels and into some real-life adventure.

The first step is to make it look like something penciled into said graphic novels. This requisite motif, for Husqvarna and its new Svartpilen 401 at least, is something called steampunk. Now, don’t worry, I had to look it up too. But according to the Oxford dictionary, it is “a style of design and fashion that combines historical elements with anachronistic technological features inspired by science fiction.” In less pedantic terms, steampunk is an “homage to vintage fashion with a modern, sassy twist.” In other words, take a cafe racer, muss it up like it just went through the zombie apocalypse, throw in enough digitized display to make it look like said zombie apocalypse happened waaay in the future, and maybe, just maybe, the kids will beat a path to your door.

That, most certainly, is this new Husqvarna’s attraction. Basically a KTM 390 Duke — the chassis and engine are all but identical — dressed up, say it all together now, for a zombie apocalypse dress ball, with just a hint of dirt bike styling and a few high tech bits by Bosch and Brembo thrown in, and presto, you have the Svartpilen 401.

Since beneath all that punkishness the 401 really is a KTM, there really is rebellious authenticity to the Svartpilen. For one thing, KTM singles don’t follow the traditional old duffer’s “plodding low-end torque” school of engine tuning. The 401 — like its 701 sibling — likes to rev. Hard. Where something like Honda’s CBR300R is starting to sign off at 7,000 rpm/110 kilometres an hour, the Husky is just gathering steam. The 373 cc four-valve double overhead cam single is surprisingly stout and its 43 claimed horsepower are more than enough for the 401’s intended usage — i.e. mostly urban use for those relatively new(ish) to motorcycling.

The chassis is pretty impressive as well. Oh, it’s more softly suspended that the Vitpilen 701’s — the larger Husky’s intention as a middleweight sport bike alternative necessitates more serious suspension tuning — but given its limitations of price, size and orientation (that steampunk quasi-scrambler styling is married to chunky Pirelli Scorpion Rally STR tires) the Svartpilen works a treat. It’s so light, just 150 kilograms without fuel, and the rake/trail numbers so steep/short (24 degrees and just 95 millimetres) that it almost starts turning before you think of it. The suspension — a barely adjustable (preload only) single shock in the rear and a take-me-as-I-am 43 mm inverted front fork, all by WP — is softish, which means that, although the 401 will turn on the proverbial dime, you really aren’t going to be carving up any canyons with the baby Svartpilen. Those STR semi-knobbies — 110/70-R17 in front, 150/60-R17 in the rear — will also prove a limitation as well; butch as they look, they’re not the hot ticket for Marc Marquez-like elbow scraping.

Grown-ups — that would be we who need steampunk and zombie apocalypse explained to us — will find the seat both too thin and too narrow for our bony butts. Passengers have it worse; beside the fact that the seat is as stiff as a plank and about the size of a doughnut, there are no grab handles to hang on to. In other words, if you are pillioning on a Svartpilen, there’s going to be a lot of snuggling and clinging going on, an activity best left to those young, impressionable and, uhm, slim.

We oldsters might also find the reach to the handlebar a little longer than the dirt-bike styling might imply — think ’80s style superbike bar rather than full-on enduro rise and pullback here. But we’re not the audience here and the 401 does come with Bosch anti-lock brakes so the kidlets don’t lock up the brakes crossing wet streetcar tracks and the single four-piston front brake caliper is made by BYBRE — mysterious enough that I had to look that up too, but it’s basically an abbreviation of “By Brembo” and is the company’s brand “specifically dedicated to small-to-medium displacement motorcycles” — which means there’s more than enough stopping power. The styling may say Mad Max, but underneath the Deus Ex Machina beats the heart of The Truman Show. But that’s exactly what the kids want, bad-ass patina on the outside and Mister Rogers’ Neighbourhood underneath.

It matters not. As long as they are buying powered two wheelers — steampunked or otherwise — motorcycling will survive beyond we Boomers. Indeed, the Svartpilen’s biggest, perhaps only, roadblock to mass adoption would be its $6,999 price tag, which is, depending on how you look at it, either about $1,500 more than comparable but less powerful single lungers, or in the same price territory as some seriously sporty twin-cylinder Hondas and Kawasakis. In other words, to buy into the whole Svartpilen thing, you’ve got to really want to go steampunk.

That said, the new Huskys, 401 and 701 both, are starting conversations about motorcycling with people who might otherwise ignore motorized two-wheelers. And personally, I don’t give a rat’s you-know-what how they discover motorcycling, just as long as they do get their “motor running.” Come to think of it, I’m pretty sure that Steppenwolf is the ideal soundtrack to two-wheeled steampunking. 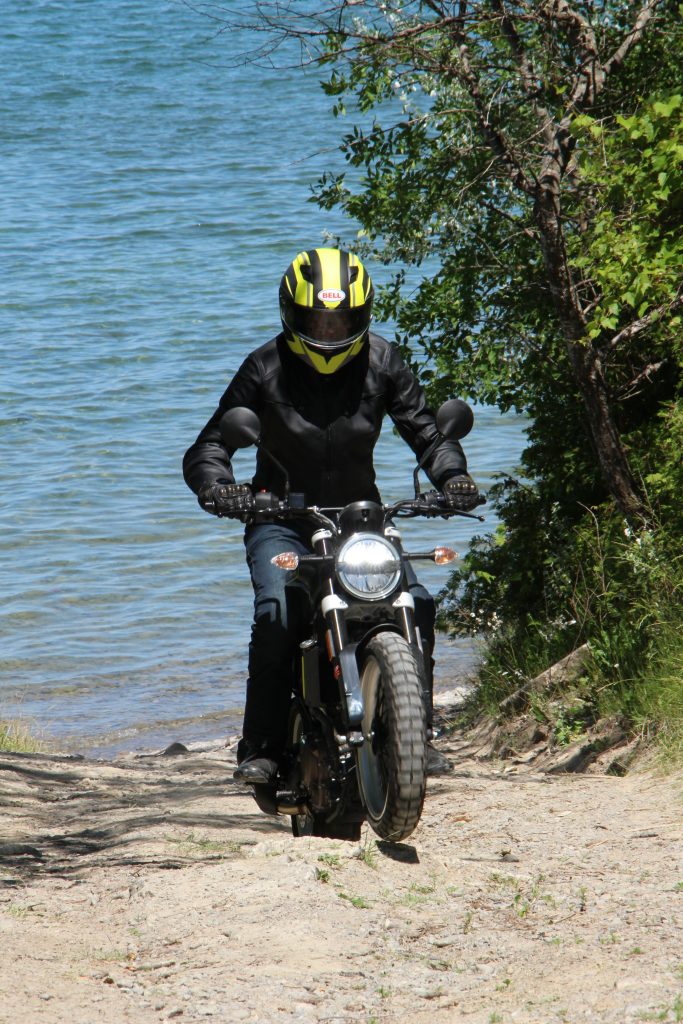