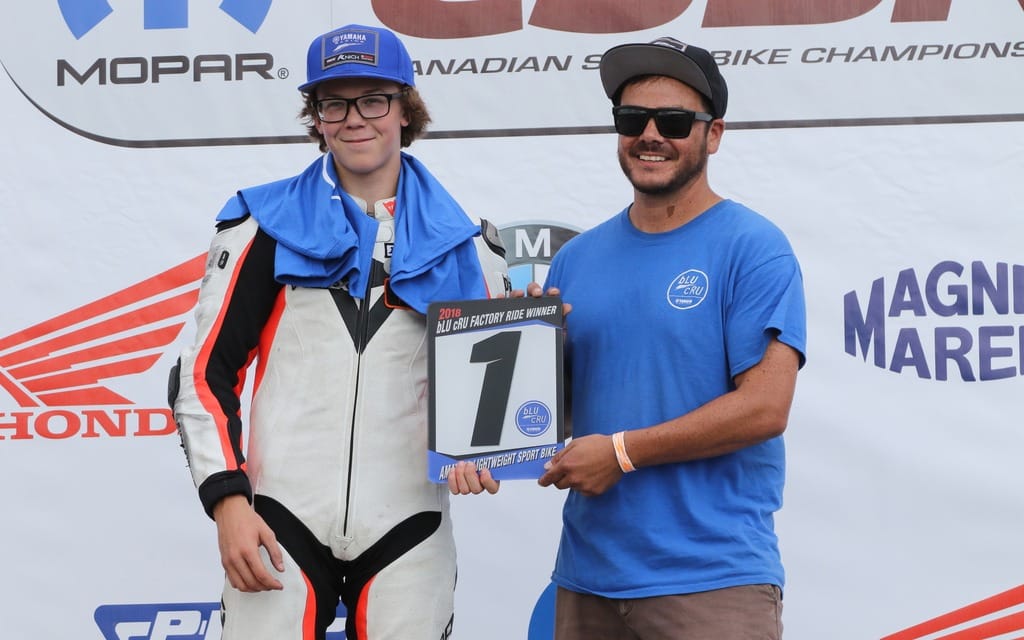 “It means a lot to me,” said LeClair after being declared the inaugural champion in the new class for sub-500-cc sport bikes. “My brother and I have been riding Yamaha YZs since 2011, and last September I test-rode an R3 at the track and I felt things really come together. I just knew it was a great bike, and it fit my riding style so well.

“I set a goal of winning the championship and the Factory Ride Award this year. I achieved that, and it is the best feeling in the world!”

For winning the bLU cRU Factory Ride Award, LeClair will receive a Yamaha R-series motorcycle to race in 2019, a $2,500 Yamaha parts credit and a custom bLU cRU graphics kit. The Blackstock, ON resident will take the opportunity to move up from the R3 to a 2019 YZF-R6 as he scales the ranks in Canadian road racing.

A staple of Yamaha Motor Canada’s MX program in recent years, the bLU cRU Factory Ride Award was introduced to road racing in 2018 and granted to the Yamaha rider with the most year-end points in CSBK Amateur Lightweight Sport Bike. LeClair’s impressive season included seven wins and nine podiums in 10 races, enough to earn him both the class title and the coveted award.

LeClair joins amateur motocross riders Jake Tricco and Jeremy McKie as 2019 bLU cRU Factory Ride Award recipients. A fourth award will be given in flat track at the conclusion of the Flat Track Canada season.