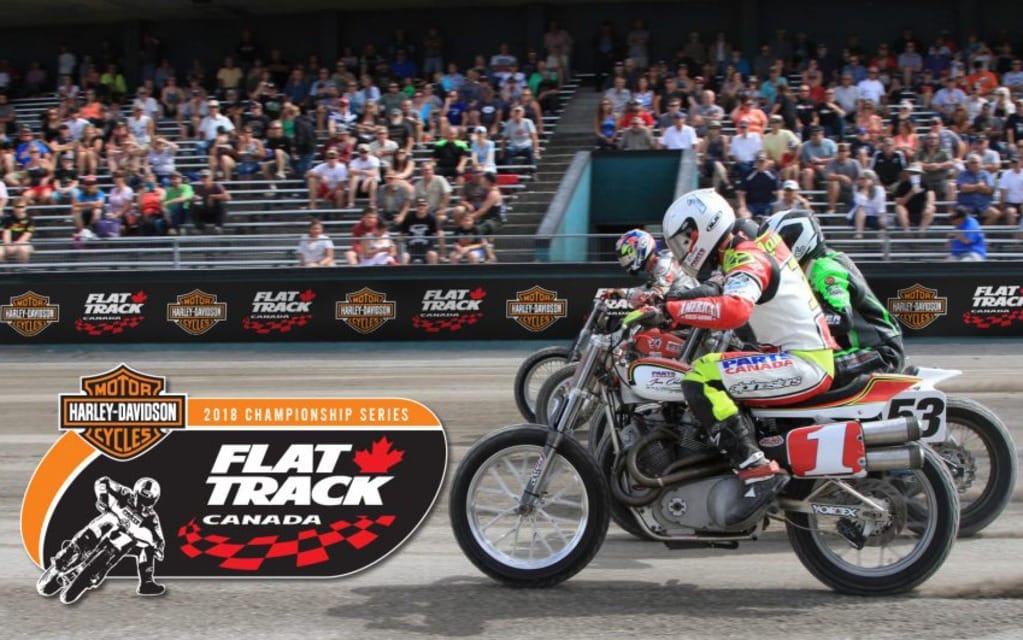 CAMBRIDGE, ON – May 7, 2018 – Flat Track Canada is excited to announce a new Title Sponsor to the National Championship Series. The long-term OEM sponsor, Harley-Davidson Canada is increasing its support for the 2018 race season and is now the series Title Sponsor.

“It is an honor to unite the long history of flat track racing to the roots and heritage of the Harley-Davidson brand in a way that will positively propel the development of the sport in Canada”, states Aaron Hesmer, president, Flat Track Canada. “Harley-Davidson’s brand carries a strong history and loyalty, which is a great fit to our organization and brings an appeal to the sport unlike any other motorcycle brand.”

“Harley-Davidson Canada is excited to build upon our Flat Track Canada partnership, and elevate the experience for racers,” says Karen Mayberry, Harley-Davidson Canada. “This partnership allows us to further encourage the dreams and aspirations of Canadians in the motorcycle industry, supporting freedom of riding and the close bonds of camaraderie based on the love of this sport.”

There are twelve races in total starting May 19 until September 29. Race schedule and ticket purchase available at: www.flattrackcanada.com