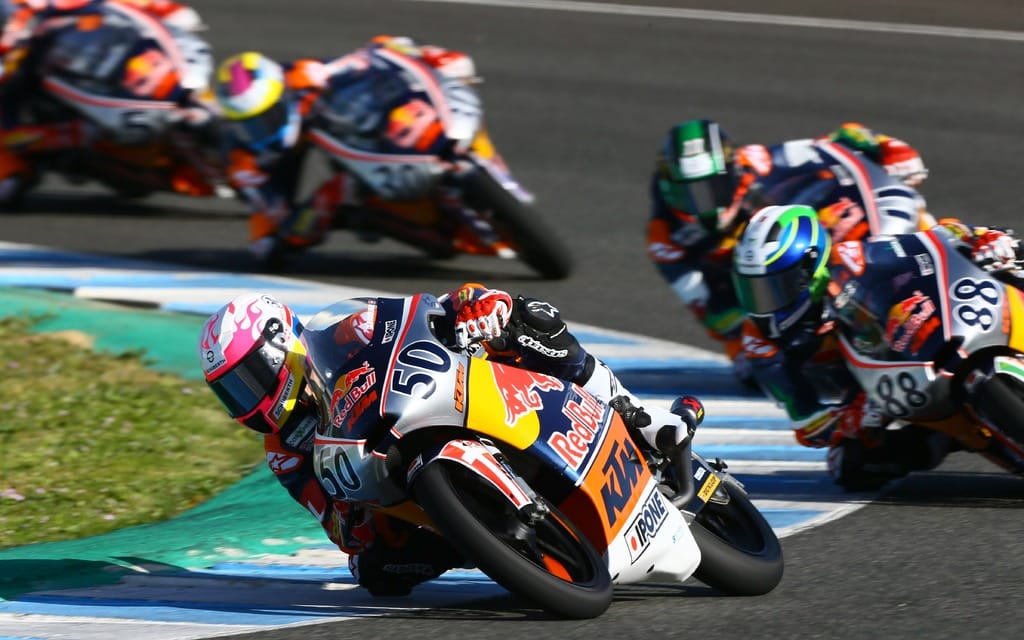 The promotion of new talent in motorsports is a matter close to SCHUBERTH’s heart. That’s why the German helmet manufacturer has just extended its contract as the Red Bull MotoGP Rookies Cup’s partner and official helmet supplier. What’s more, the brand will fit all 25 Rookies Cup drivers with individually designed SCHUBERTH SR2 racing helmets.
It’s all kicking off again for the 25 talented racers who are fighting with total dedication in the Red Bull MotoGP Rookies Cup for promotion to the motorcycle racing World Championship. 2018 is SCHUBERTH’s third season as partner of the top-class junior series, and it has extended its contract with Red Bull ahead of schedule for another three years up to the end of 2021.

“We are impressed by the young people’s passionate and professional approach to the Rookies Cup”, said SCHUBERTH CEO Jan-Christian Becker. “With this early contract extension, we are renewing our close connection with the best junior series in the world and establishing the SCHUBERTH brand even more strongly in the MotoGP paddock. Our goal is to support tomorrow’s stars in the long-term and to accompany the best of them in the World Championship.”
Also this season all “Red Bull Rookies” will have a SCHUBERTH SR2 racing helmet from the start, which will be individually designed according to the rookie racers’ ideas and concepts.

Jan-Christian Becker adds: “The SR2 is designed for the best drivers in the world, so the best rookie drivers also need a perfect, secure foundation. Only those who wear an absolutely perfect-fitting and comfortable helmet can concentrate totally on the racing event and deliver their best performance.”

Since the start of the Rookies Cup in 2007, 171 young motorcycle racers from 34 countries have ran intensive duels in this challenging junior series. For many of them, the Cup was a springboard to a successful career. “Ex-Rookies” have already won 69 Grands Prix and 5 World Championship titles. For the last three years the Moto3 Champion has come from the Rookies Cup every time. Joan Mir became the World Champion in the Moto2 in 2018, just like Brad Binder the year before. The most spectacular career story is that of Johann Zarco, the first title winner of the Rookies Cup. The two-time Moto2 Champion stirred up the MotoGP premier class and was the sensation of the 2017 season in both lap-times and podium position.

Also in 2018, 25 of the fastest teenagers will battle on two wheels again for victory, title and honor. This year’s Rookies come from 16 nations and 6 continents. The starting pistol for the new season falls on the May 5th and 6th in Jerez as part of the Spanish Grand Prix. The series is scheduled to appear on seven European World Championship race tracks, at five of which the Red Bull MotoGP Rookies Cup holds two racing events – putting twelve races in total on the agenda. On June 2nd and 3rd the Cup returns to Italy’s Mugello for the first time since 2014; on July 14th and 15th the Rookies start on the German Sachsenring.