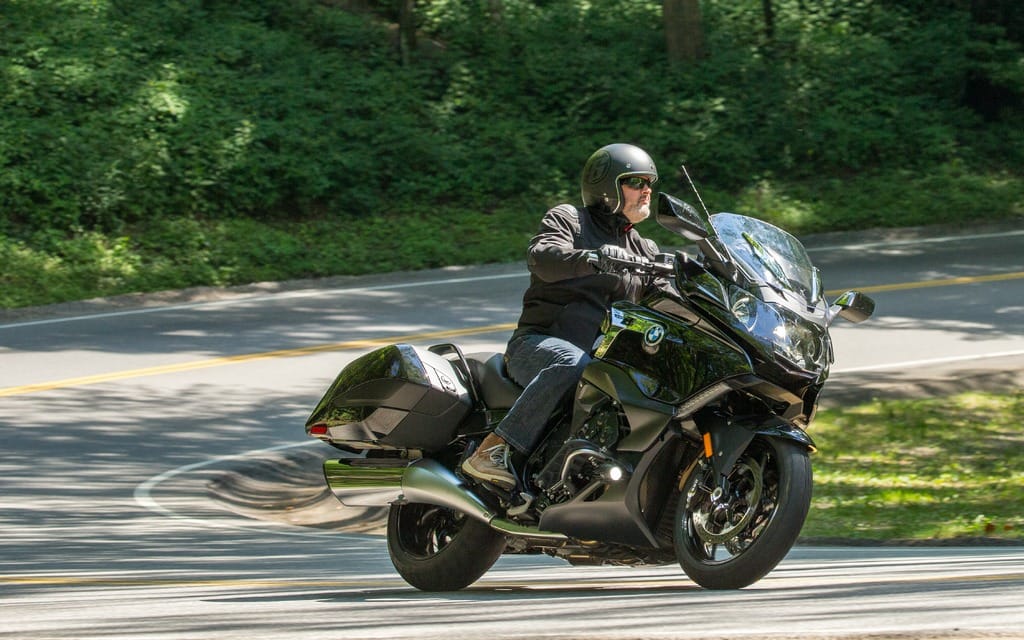 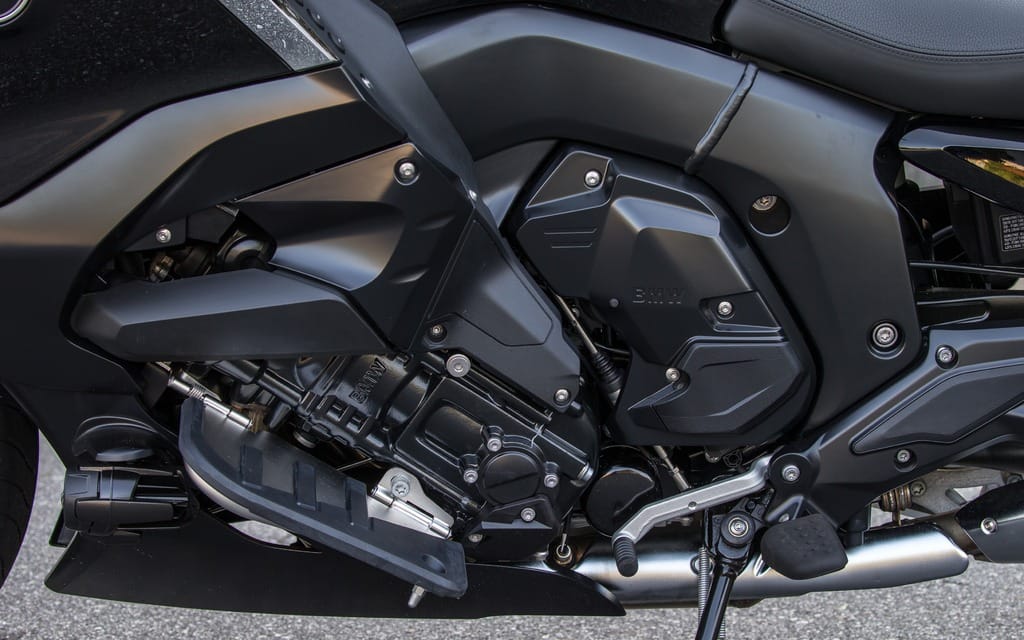 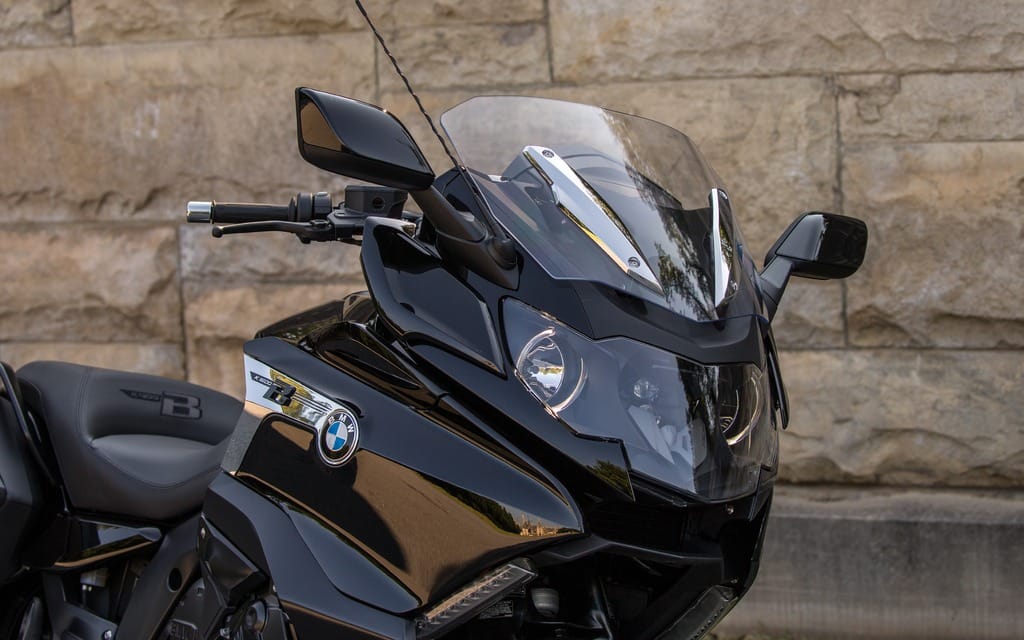 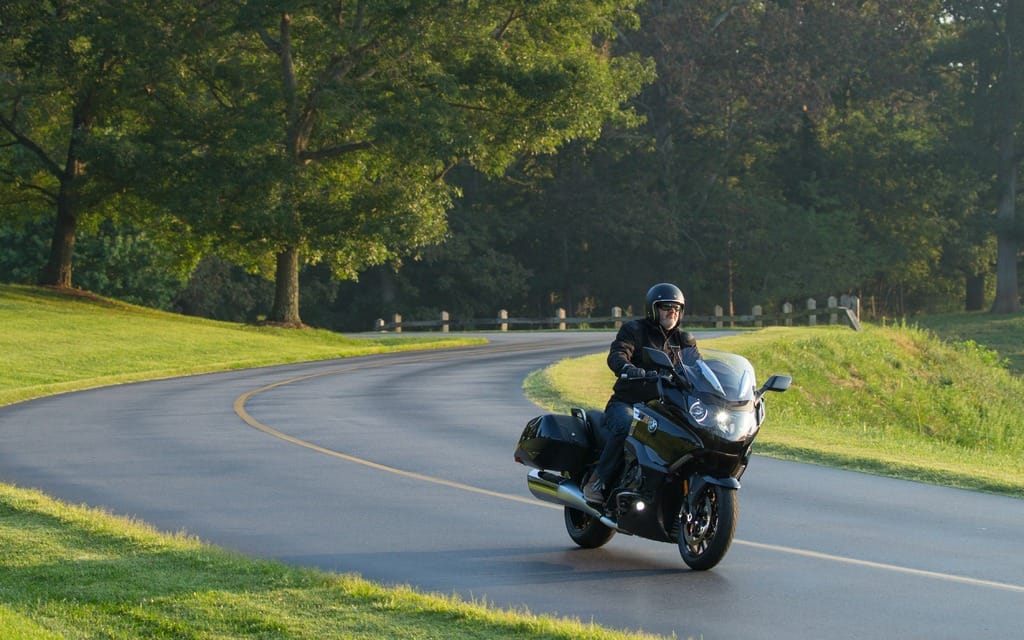 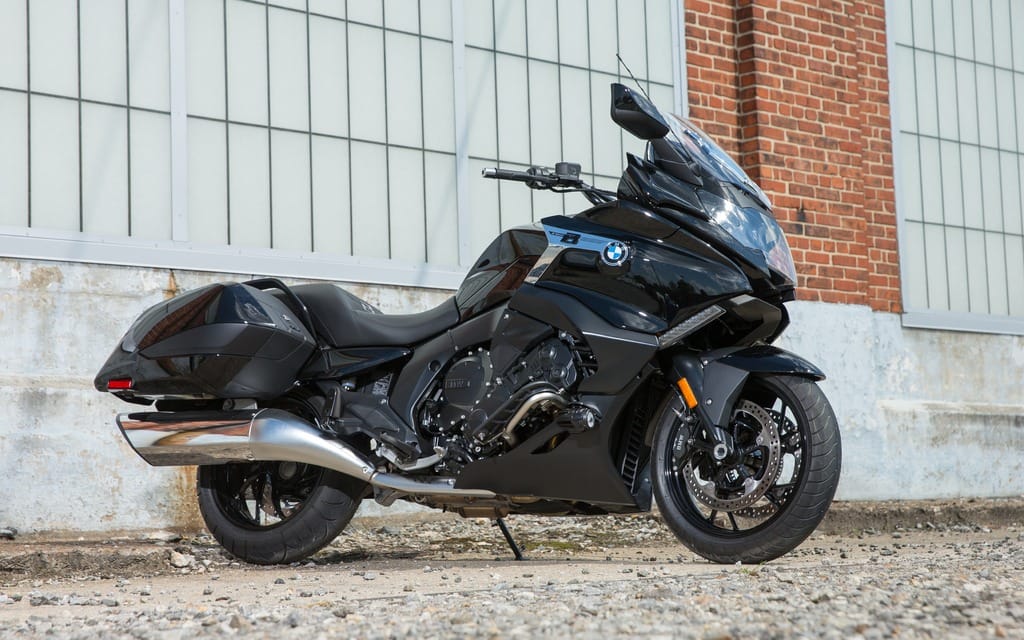 It’s not a movie, but it’s got an award-worthy soundtrack
There’s a romance, a mystique even, to the internal combustion engine, its feel, its power production and, most of all, its sound combining to make the allure of a truly great motorcycle. Said presence is unmistakable, powerful and in the case of its exhaust note, quantitative. Indeed, exhaust system development really is a science; I’ve been in labs where they can mathematically measure what sounds work and which don’t — a sort of aural algebra, if you will.

Despite all the research that goes into liberating the perfect exhaust note, some engines have it and some just don’t. Harley’s Big Twins, for instance, most definitely have an exotic bark. That little peanut of a Street Rod doesn’t. Ducati’s classic, 90-degree V-twin sounds authoritative; Aprilia’s 60-degree not so much.

Sometimes, this determination is situational: BMW’s Boxer twin sounds authentically period piece in the R nineT Racer. As a cruiser in BMW’s ill-fated R1200C custom, it had all the authenticity of Donald Trump proclaiming he’s a working man’s hero. Other times, its cultural: Norton’s mad-as-a-hatter Manx single was the sound of hell’s fury unleashed; Honda’s whisper-quiet GB500, on the other hand, was a fart in the wind.

Sometimes, just sometimes, there’s a universality, a je ne sais quoi, to this desirability that no one, not even the most ham-handed of engineers/tuners/backyard mechanics, can screw up, an engine so inherently melodious that it cannot be made to sound anything less than intoxicating.

In motorcycling, that engine is the inline six. Honda fairly invented it with its RC166 250 cc six racer back in the ’60s and if you’ve ever heard one — like at, say, the Isle of Man on classic parade day — you will understand the mystique that piston meeting combustible fuel can create.

On the street, Honda’s CBX had it. So did Kawasaki’s KZ1300, though you had to listen very closely, so enthusiastically was it muffled. Even Benelli’s 750 and 900 sixes — little more than a copy of Honda’s single cam 500 four with two extra cylinders plopped onto the side — had it.

And now BMW’s K1600 carries the torch. Oh, it’s way more high tech than those ancient beasts and, unfortunately for those who like their internal combustion con brio, thoroughly muffled for modern efficiency and comportment. But twist that throttle (by wire) and those six 72-millimetre pistons still speak to a pageantry that we don’t hear enough these days.

And I think we may be hearing more of that flamboyance in the future. You see, so far BMW has confined its 1,649 cc six to the touring ranks, its conservative riders typically preferring a subdued exhaust tone to their land yachts, the supertourer being very powerful but also extremely quiet.

But now that the GT has been channeled, chopped and otherwise compressed into the K1600 B bagger, that might change. Oh, in its stock Sunday-come-to-noise-check mufflers, it too is as quiet as a church mouse. But history tells us that as soon as the customizing crowd gets their hands on the B — which, by the way, BMW is actively encouraging — said exhaust music is likely to be liberated.

Indeed, I suspect that said exhaust system — at least the mufflers — will be the first thing any self-respecting owners of the new low-riding K1600 will jettison, not just for their overly-enthusiastic sound containment but also because, well, they’re freaking huge, oversized even, quite literally dominating the B with their decibel-reducing girth.

The Bagger deserves better because it is otherwise beautiful, the engine — those six cylinders, wide as they are, are radically canted forward — perfectly integrated into the bodywork, the all black paint suitably menacing and the stance (suitably large in the front tapering to a lowered rear) proving why baggers are quickly becoming one of the most popular sub-segments of the cruiser market.

Of course, this being a BMW, there is much more to the K1600 B than just form and fury. Indeed, despite the seeming radical styling changes and some of the Bagger’s inherent limitations — for instance, the loss of the rear top case — the B is, as you would, again, expect from BMW, a wonderfully sophisticated touring machine.

For one thing, that big six, aurally subdued as it may be, is something of a touring powerhouse. Contrary to the high-revving monster one might expect from so many cylinders, the K1600 is all grunt, its maximum 160 horsepower — yes even tourers are well endowed, these days — occurring at an incredibly low 7,750 rpm. And even though the K1600’s maximum torque of 129 pound-feet officially occurs at 5,250 rpm, it feels like most of that is available right off idle. Indeed, the K1600 may be the only motorcycle — other than Honda’s Gold Wing — that can accelerate from 1,000 rpm completely snatch-free in top gear.

And accelerate it most certainly does. Twist the (quick-turn) throttle and the K1600, all 336 kilograms of it, does a fair impression of a scalded cat. The K1600 GT is the performance monster of the touring set; the Bagger is certainly not slower. It’s also impressive how smoothly BMW’s (optional) Gear Assistant Pro shifts in the top three gears. Not normally needed on typically slow-revving baggers, it comes in handy in maintaining momentum with the relatively light-flywheeled six. It would be the first option I’d spring for if I were buying the B. (Next up, by the way, would be the new reverse gear option — it’s a part of a $2,500 Touring package — particularly useful for those of short inseam who might have trouble backing a 741 pound motorcycle out of a downhill parking space.)

The K1600’s handling is similarly impressive. The GT’s manoeuvrability belies its immense girth and the B, lower and seemingly more agile, feels even a little more sprightly. Fairly firmly sprung, BMW’s bagger also has a surprising amount of ground clearance, nothing grounding out — not even the optional floorboards! — until you’re well into silly-bugger, better-be-wearing-leathers-just-in-case lean angles.

Like most of the B, the front brakes — anti-locked and four-pistoned — are GT duplicates so there’s plenty of whoa Nellie! power. Ditto for the electronically-adjustable suspension: Like the GT, changing from amiably soft to sporting firm is but a handlebar switch away, and I find this much more practical, especially in a touring-oriented motorcycle, so is the rear spring preload. One helmet means solo rider, one helmet and luggage symbolizes you’re loaded up for a week’s touring while two helmets says you’ve taken along the loved one and he/she has insisted on carrying the kitchen sink. In all circumstances, the ESA system automatically reconfigures the K1600 B’s preload, keeping its stance on an even keel and, more importantly, maintaining the intended steering geometry for consistent handling.

And, unlike so many other baggers, which are more show than go, I suspect that you will actually see lots of K1600 Bs prowling the highway. The riding position, with conventionally-placed footpegs, is rational, the seat typically BMW firm but comfy and even the optional floorboards — you have a choice of the extra footrests or two dinky little storage containers — are well conceived, not, as I mentioned, reducing ground clearance significantly and not so radically disposed to cause lower back discomfort. Indeed, for the first time in my memory, I used the forward-mounting floorboards willingly and my lower lumbars didn’t suffer for it.

The electrically adjustable windscreen, carried over from the GT, of course proved quite useful, albeit with a much shorter windshield than the tourer. Indeed, in most circumstances, I preferred the B’s wind coverage compared with the GT’s. For one thing, you’re always looking over it — rather than through it — and, for another, while there’s less coverage, there’s also less turbulence. The GT’s adjustable wind deflectors — essentially two flaps on the outer fairing just below the mirrors than can be opened to direct air to the rider — also make the transition from tourer to bagger so there is some relief on hot days. For cool days, the B, like the GT, offers both heated grips and heated seat.

As for downsides to the morphing from tourer to bagger, a lack of stowage space has to rank first and foremost. Of course, the top case is gone, but even the saddlebags, as stylish as they are, are not as commodious as their size might indicate. As well, being a cruiser, BMW opted for a tubular handlebar rather than the GT’s forged arrangement though there is an option to mount those — identical to both GT and GTL items — to the B. And, like the GT, the B’s digital infotainment/systems screen is a little too small — and, in overhead sun, not nearly bright enough — for easy reading. Plus, there’s a lot going on in that small space, the LCD needing to deal with navigation, audio, comfort and vehicular settings all in its 5.7 inches. A little less info or a little more inchage would go a long way to reducing the confusion.

Nonetheless, the B is successful because, in its transition, few of the important things — chassis, suspension, engine, bodywork — are changed from the GT and what has been altered — windscreen, lower seat height and even, most will argue, the styling — is an improvement over the conventional tourer. Oh, passengers and their cargo will lament the loss of the purse-swallowing/backrest-containing top case and the rear seat is nothing to write home about, but otherwise the $26,100 B is almost as much motorcycle as the $25,750 GT.