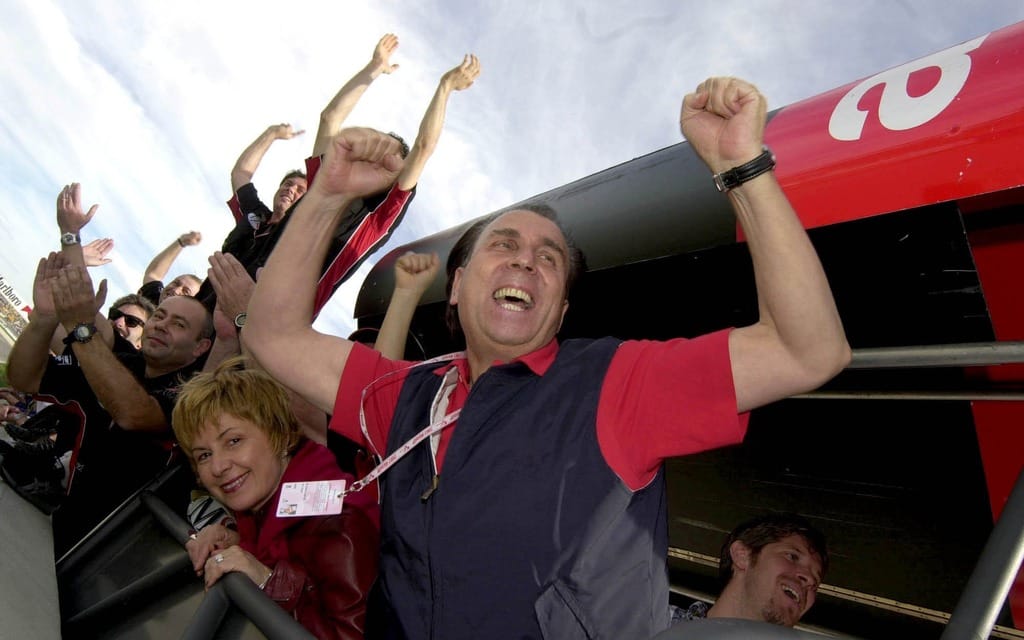 PIAGGIO GROUP AND APRILIA REMEMBER IVANO BEGGIO, FOUNDER OF THE MANUFACTURER FROM NOALE, WHO PASSED AWAY TODAY

Milan, 13 March 2018 – Piaggio Group and Aprilia affectionately and respectfully remember Ivano Beggio, founder of Aprilia, who passed away during the night at the age of 73.

For Roberto Colaninno, Chairman and CEO of the Piaggio Group (of which Aprilia has been a part since 2004): “Ivano Beggio succeeded in combining the skills and courage of an entrepreneur with creativity and a genuine passion for motorcycles. He was a visionary ahead of his time and the extraordinary combination of these factors allowed him to create, practically from nothing, one of the most brilliant stories in the Italian motorcycle industry, making a dream come true. Continuing to race and improve the Aprilia brand around the world is the best way to honour his memory.”

Romano Albesiano, Aprilia Racing Sport Director: “You need to think about the champions that Aprilia has groomed and the victories it has collected to understand the importance of Ivano Beggio’s project. Thinking about challenging the Japanese on the track, going up against the largest manufacturers in the world starting from zero and in the end winning means putting mind and soul together. Great management skills and a lot of love for our world.”

He is also remembered by world champion Max Biaggi, who began his brilliant career with Ivano Beggio and Aprilia in 1992: “Ivano Beggio was part of my life as an athlete – a sort of father in racing to me. He gave me his trust and a competitive bike when, after winning the European championship, also on Aprilia, I was little more than a boy. His was a brave choice, but also intelligent. And these are the two aspects that I remember most clearly about Ivano Beggio – knowing how to place a lot of passion at the service of his skills in order to always find the strength and energy for an extra step. This was also instrumental in achieving my many wins with Aprilia.”

Ivano Beggio, born in 1944, began his passion for two wheels in his father’s Aprilia handmade bicycle factory, innovating and diversifying production, with the introduction of motorcycles and scooters.

In 1975, he established a small team for the production of racing motorcycles which, thanks to technical-productive innovation, soon made a name for itself, so much that it won the Italian motocross championship in the 125 and 250 cc classes in 1977. From 1980, Aprilia began to mass produce small engine motorcycles (50 and 125 cc), then launching highly successful, aesthetically and technologically innovative models on the market for urban mobility: in 1991, the Scarabeo, the first high-wheel scooter on the European market; in 1992, the first two-stroke scooter and motorcycle with a catalytic muffler; in 1993, the first scooter with a registration plate; in 1998 it entered the large engine capacity motorcycle sector with the RSV Mille.

With 294 Grand Prix races won in World Championship GP Motorcycle Racing from 1987 to the present, Aprilia holds the record for the most wins of any European manufacturer in the history of maximum motorcycle competition. These race wins are joined by no less than 54 world titles: 38 in the World Motorcycle Championship (20 in the 125 class and 18 in the 250 class), 7 in Superbike (double Rider/Manufacturer title in 2010, 2012 and 2014, Manufacturer in 2013) and 9 in the Off Road disciplines (7 in Supermoto and 2 in Trial). The Aprilia trophy case also includes the 2005 Superstock 1000 FIM Cup, won with the RSV4 RF ridden by Lorenzo Savadori, currently riding an Aprilia in World Superbike alongside Eugene Laverty.