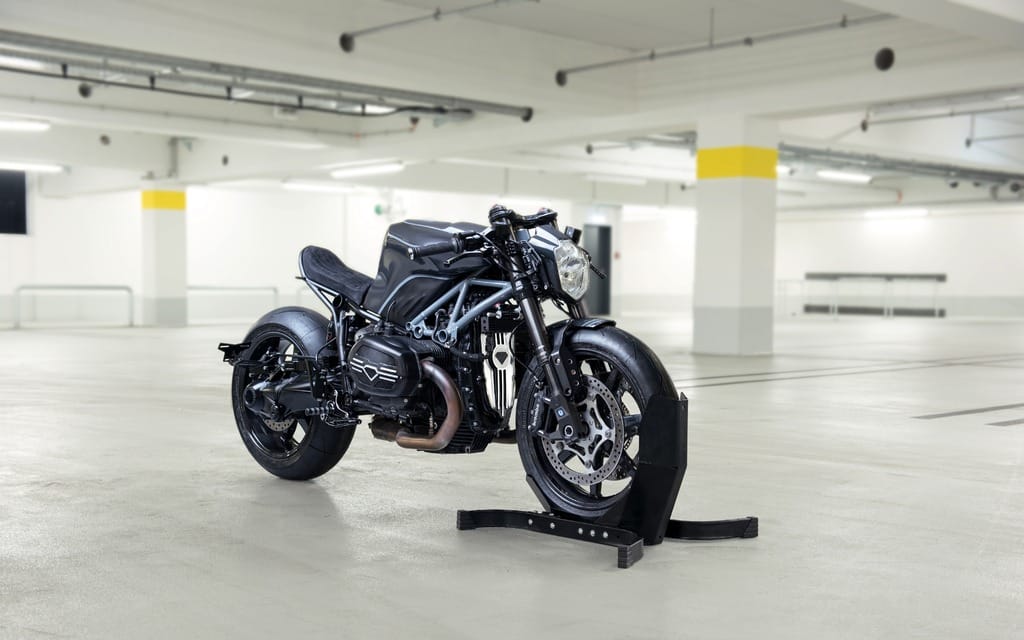 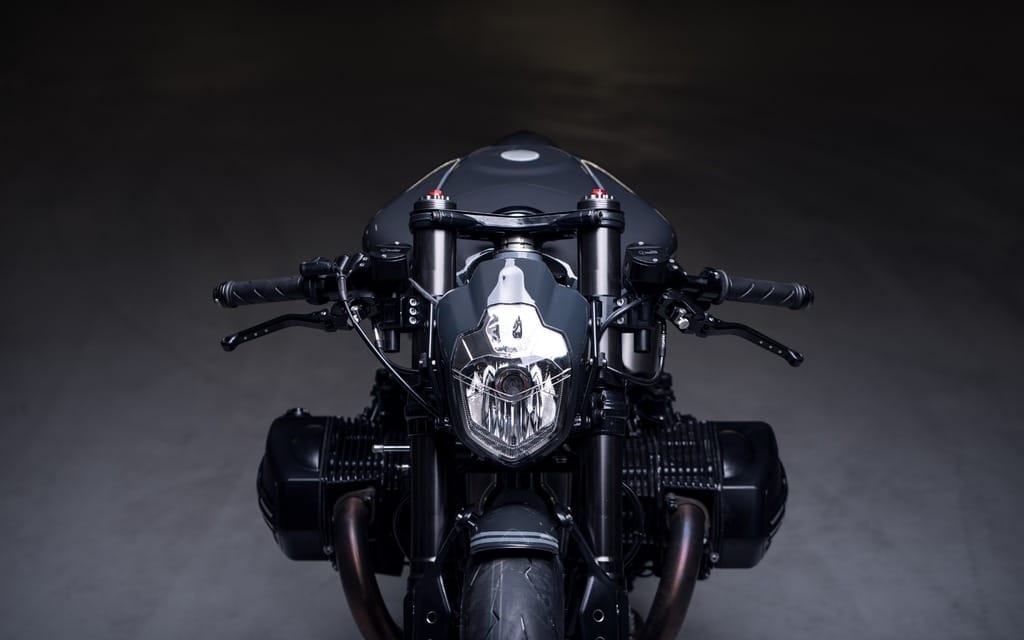 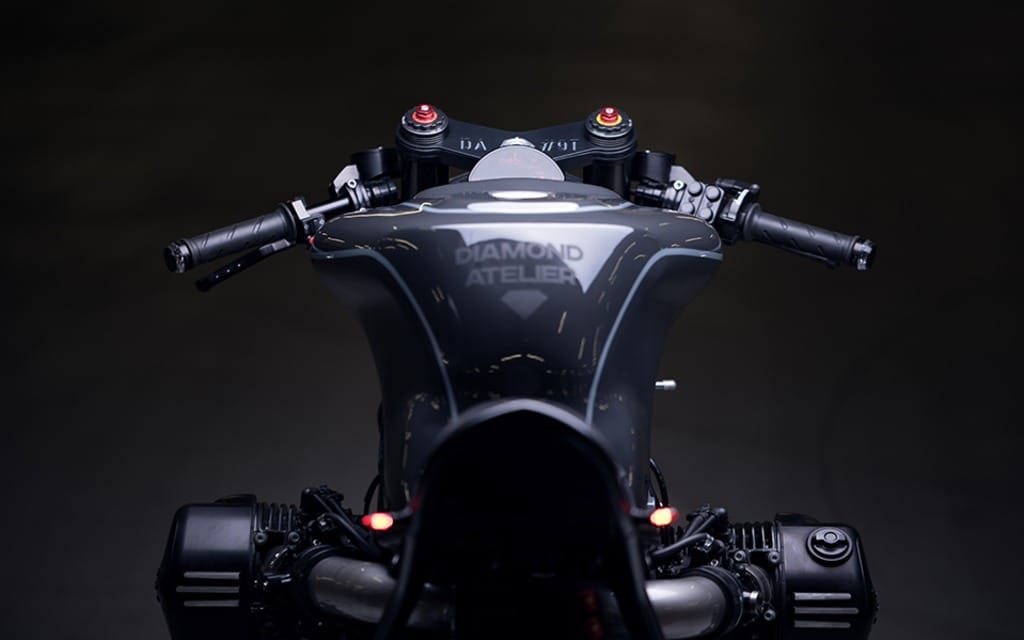 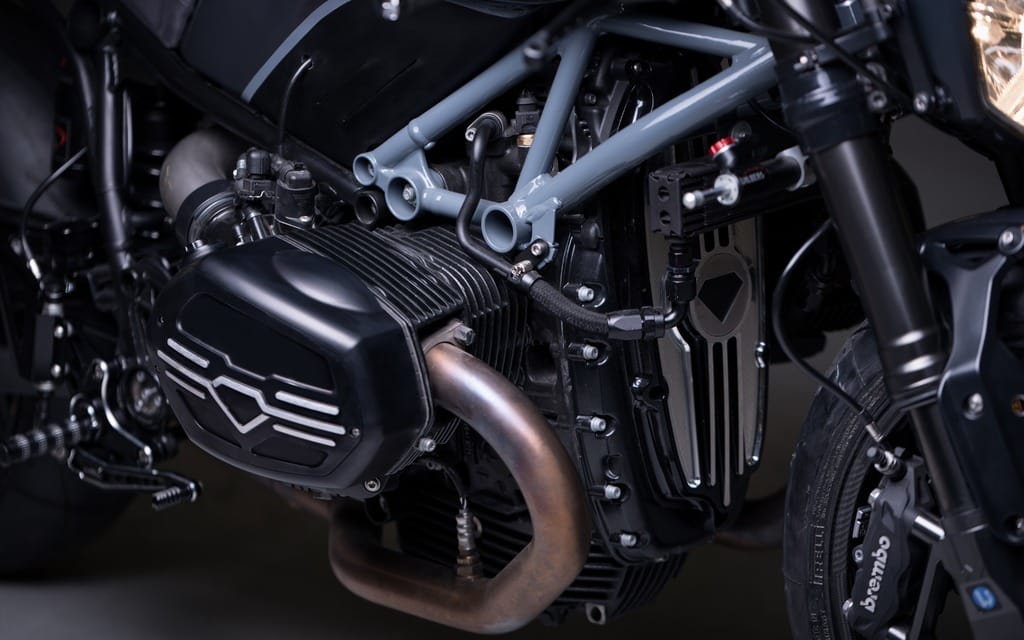 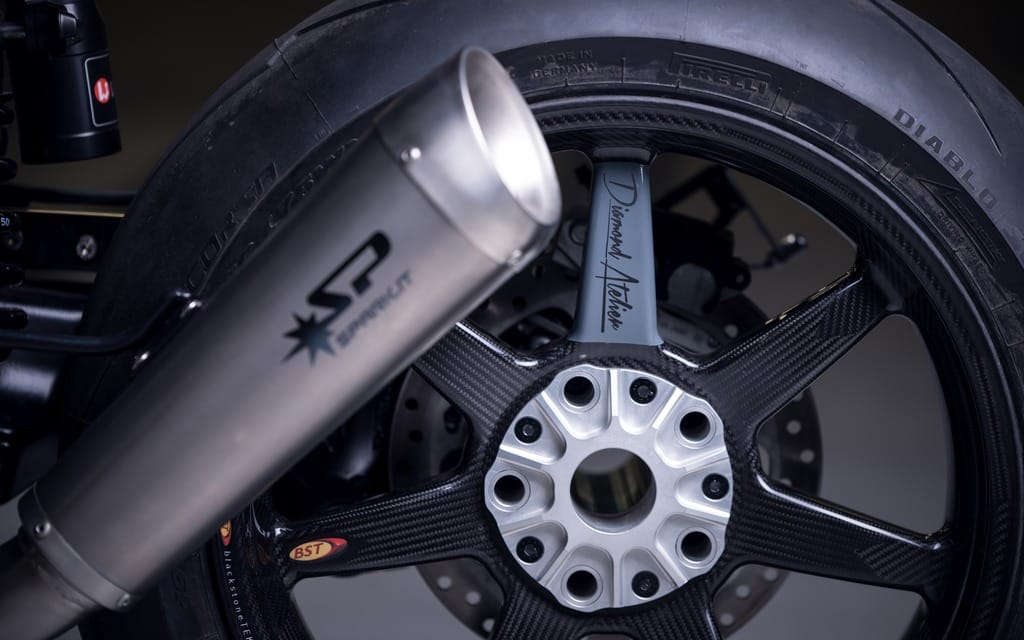 BMW R nineT made a challenging platform for custom shop
By Martin Hodgson for Pipeburn.com

About a year ago, Diamond Atelier released the images of their first ever BMW R nineT build, the DA#4. The bike went on to grace magazine covers around the world and took out the top spot on Pipeburn’s own 2016 Bike of the Year Awards. It’s been a hectic period for Munich locals Tom Konecny and Pablo Steigleder, releasing more incredible builds and a limited production series motorcycle of their own. But you didn’t think they were going to give up their trophy that easily, did you? They’re back and laying down the gauntlet for 2017 in a massive way. Here’s their ultimate Neo-Racer, the DA#9T BMW R nineT.

If there is one thing more impressive than the machines that Tom and Pablo create, it’s the fact that they’ve been in operation for less than four years. Now the phone rings off the hook with the orders flying in, but sadly success also brings the tire kickers. They’re starting to get used to it, the guy that walks in, talks for a day, promises they have the money to fund the build and then… “We’ve heard this monologue countless times and only on the rarest of occasions does it lead to an order,” the lads despair.

But then one day, a rather unusual phone call came through. “All he knew was that he wanted a BMW boxer engine with an aggressive yet elegant shell around it and with no further questions asked, he ordered. He simply said, “I never take long to decide. If I feel something is right, I do it.” The client was so confident in what DA could do that he didn’t even specify which model BMW he wanted to use.

“In terms of looks, our main goal was to give this R nineT racer completely different proportions than what people are used to seeing—even within the numerous custom builds already out there.” The first step in achieving this was to expose the front trellis frame that is normally covered by the stock tank. By coating this portion of the frame in the bike’s secondary colour, it takes on all the negative space beauty of styling normally reserved for Ducatis. The entire rear frame section was then removed and a new subframe was hand fabricated and neatly welded to the rear load-bearing cradle. While a custom seat base now sports a slimline seat stitched from a single piece of premium hide.

Now Tom and Pablo could begin to apply their metal fabrication skills, as they set about crafting a tank like no other. The top piece of the fuel tank is straight out of the Pierre Terblanche playbook and gives the BMW a muscularity it doesn’t normally possess. But form was not their only concern, with the tank having to hold fuel as well as being home to the ridiculous amount of electronic componentry required to keep a modern factory BMW alive. The enormous tank doesn’t look anything but perfectly in proportion and the triple flutes on each side bring an old hot rodder’s trick to this new-wave miracle machine.

The understated tones of the paint allow the lines to really stand out and they’re further accentuated by the pin-striping. The heavily bobbed front fender and low mounted MT headlight were all about giving the nineT a more aggressive appearance. But eager to make the engine a strong part of the visual statement, the boys had another trick up their sleeves. “The pieces we are most proud of are our own signature valve covers that were specifically machined for this bike. This is a prototype set we created together with Simon Dabadie from DAB Design.”

But the engine couldn’t just look good, as the lads explain: “To ramp up the power output, we sent off the engine to boxer specialist Andreas Reh from Rehcing, who was highly recommended to us from all directions.” What he sent back is something truly special; a big bore engine taking the capacity out to 1400 cc and delivering a whopping 145 bhp from just two cylinders. More power is possible, but the engine is built to deliver that performance reliably and hosts an array of the very best performance bolt-ons to match.

The exhaust system is big bucks and beautiful, with the stock headers replaced by Remus titanium free flow units. The rear can had to match the overall theme of the bike and yet still unleash a GP-like howl and a Spark’s titanium unit does that just perfectly. The new tank means a change to the airbox and a custom fabricated unit feeds both chambers thanks to a shared K&N filter. A pressure flow oil cooler aids in delivering that reliable performance with the ECU tuned to do it all on regular 95 octane pump fuel.

As the DA boys describe, “In addition to the demand for a boxer engine, the customer was also looking for performance improvements in most of the Beemer’s other metrics, too.” So with the engine sorted, it was over to the handling and braking department and clearly they’ve not let their lucky customer down. Up front there is a full Wilbers ZF fork setup secured in custom triple trees; it’s as good as anything on the market today and a favourite of German racers. Assisting the precise handling offered by the new front end is a Wilbers steering damper to rid the machine of any scary tank slappers.

At the rear end, a Wilbers Blackline shock is ably assisted by an AC Schnitzer fully adjustable paralever strut. The factory Brembo brakes are good, but to make them even better they now get their power from a set of ABM custom steel braided brake lines. The ABM Multi-clip bars are fully adjustable and give the nineT a drastically different riding position, with AC Schnitzer fully adjustable rearsets completing the road racer riding position. But nothing says you race the roads like big dollar BST Carbon Fibre Wheels wrapped in sticky strips of Pirelli Supercorsa SP2 rubber. Their reduced unsprung weight helps improve performance in every measurable way and with some custom paint and a machined rear hub, they’re candy to the eyes.

To wrap up the build, the intent was to keep things as clean as possible and a total re-wire with Motogadget and ABM components does the trick. The final touch for the lucky owner is a 0.20 carat diamond neatly set in the top clamp; if you’re going all out you might as well do it in style. A trip to the German TUV has the bike road legal and their scales reading out an interesting number. Now a svelte 170 kg and packing 145 bhp, the BMW DA#9T is going to be as hard to catch on the road as it is in this year’s Bike of the Year Awards.