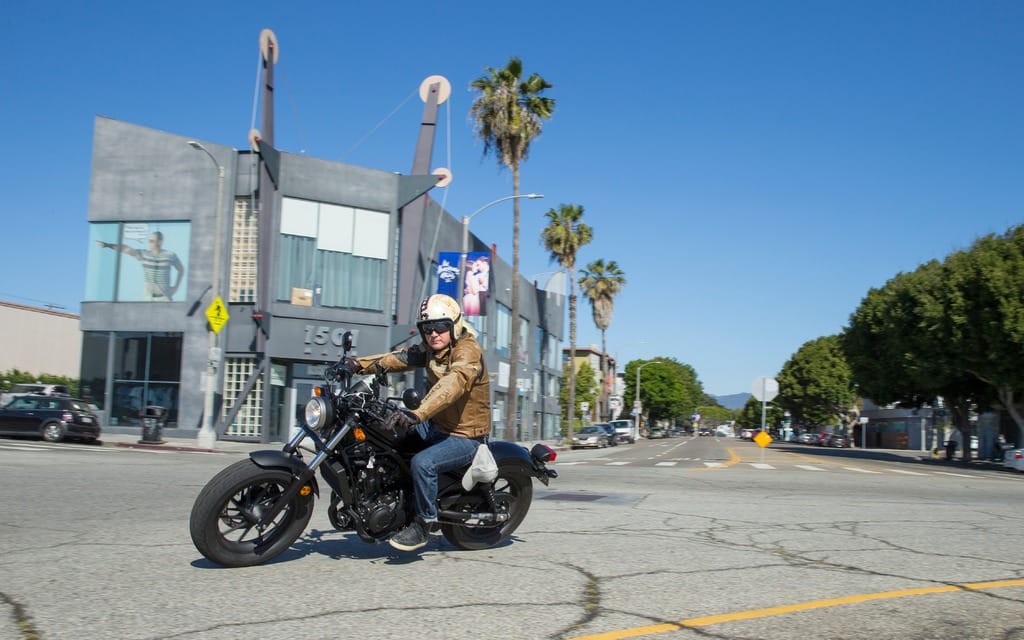 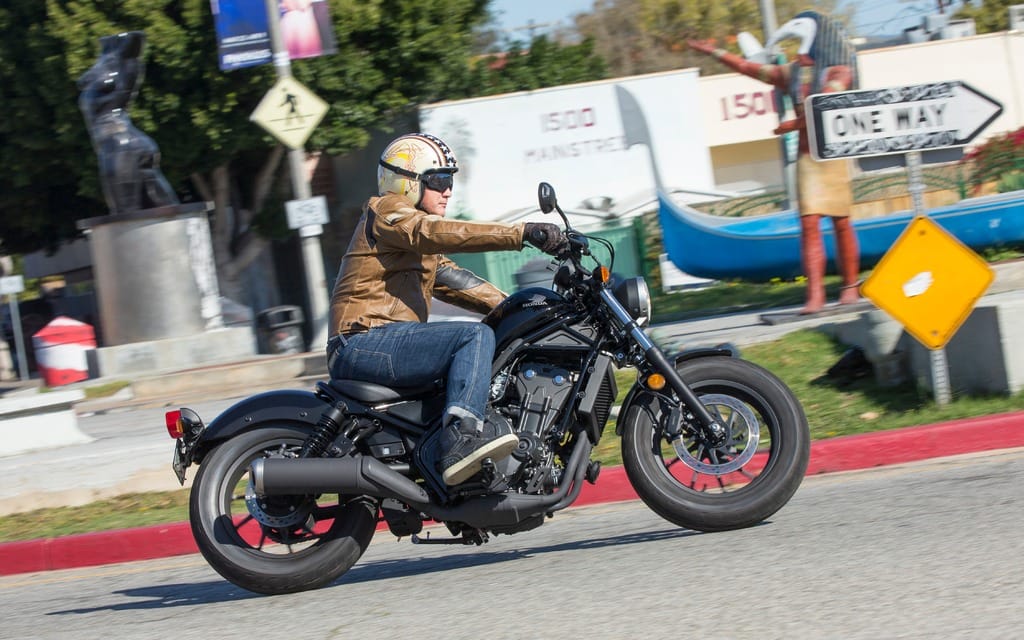 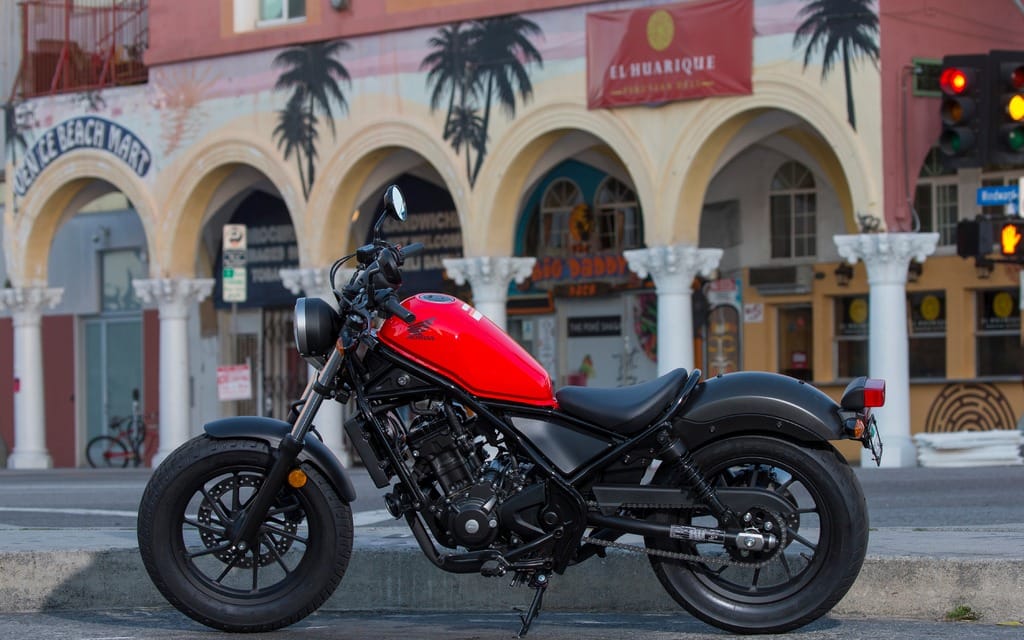 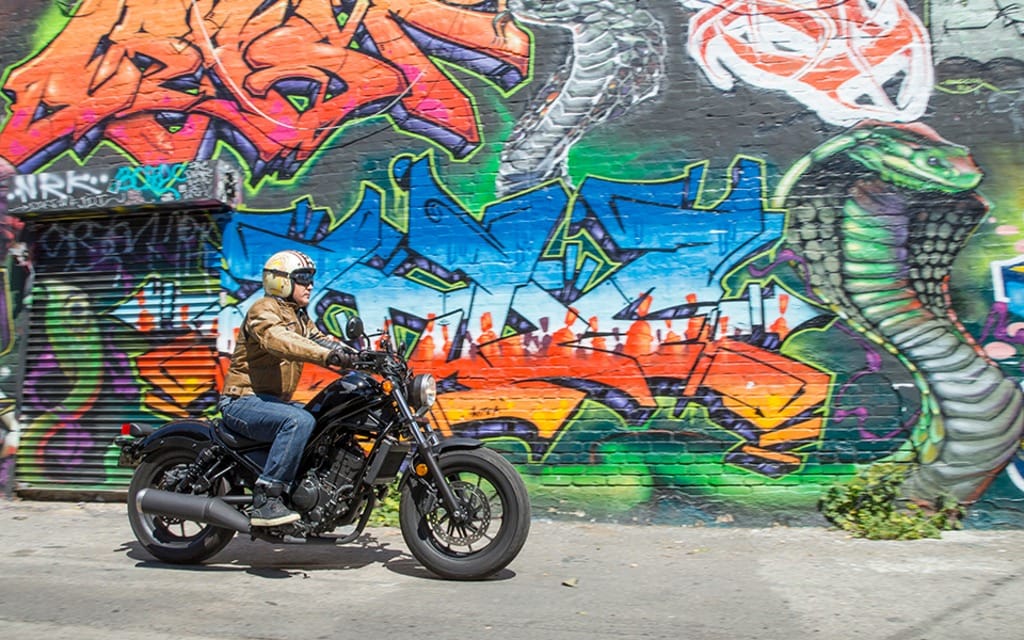 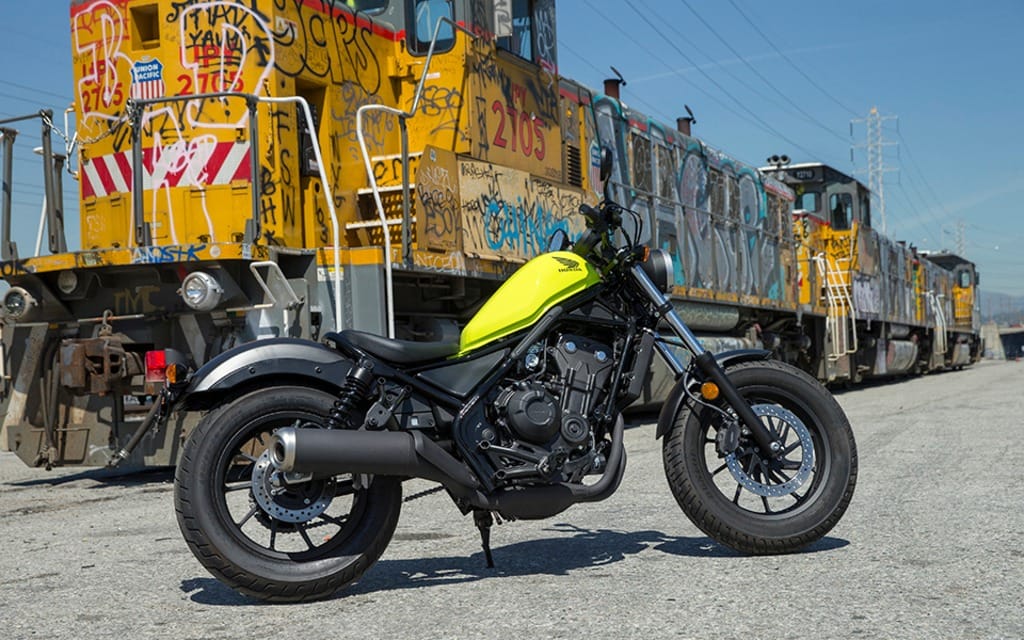 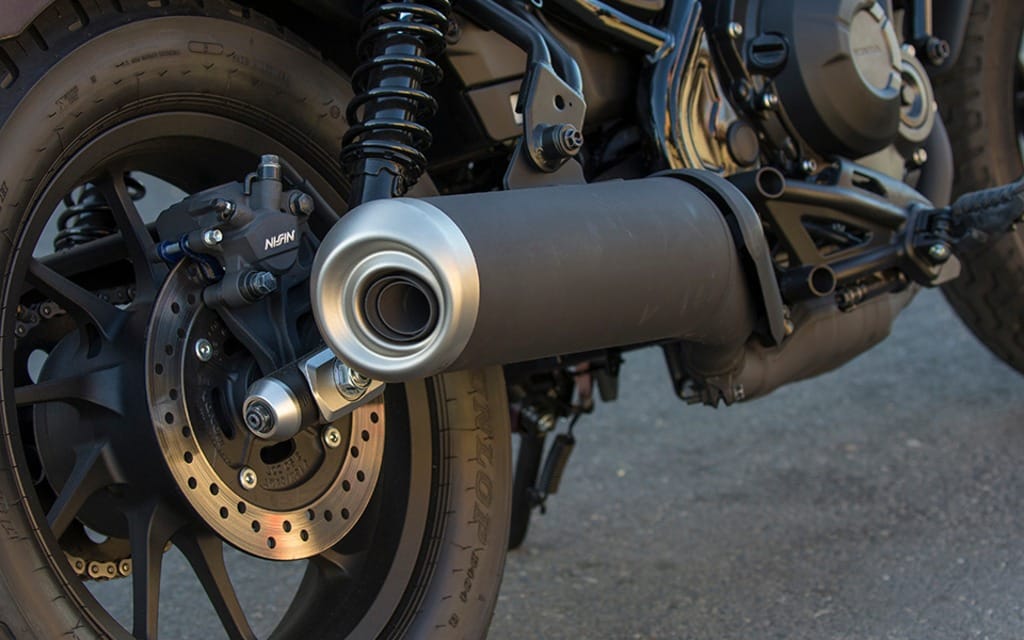 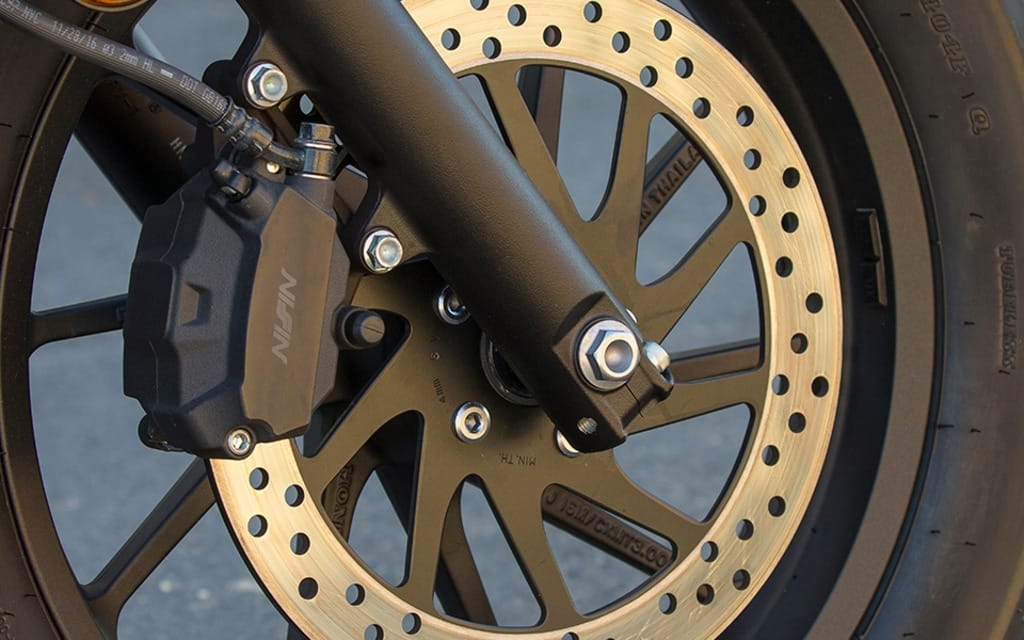 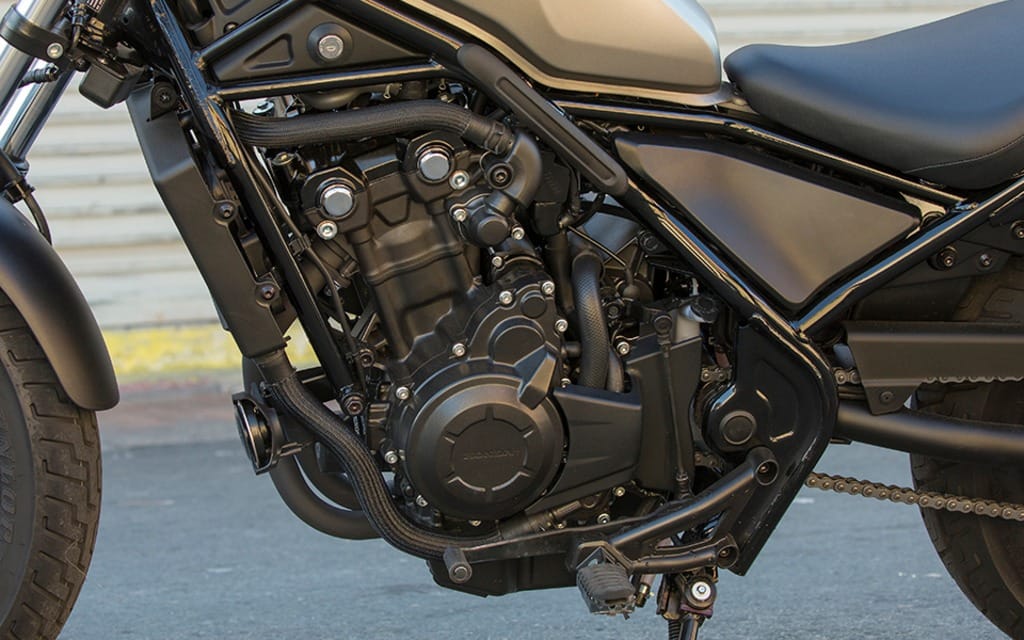 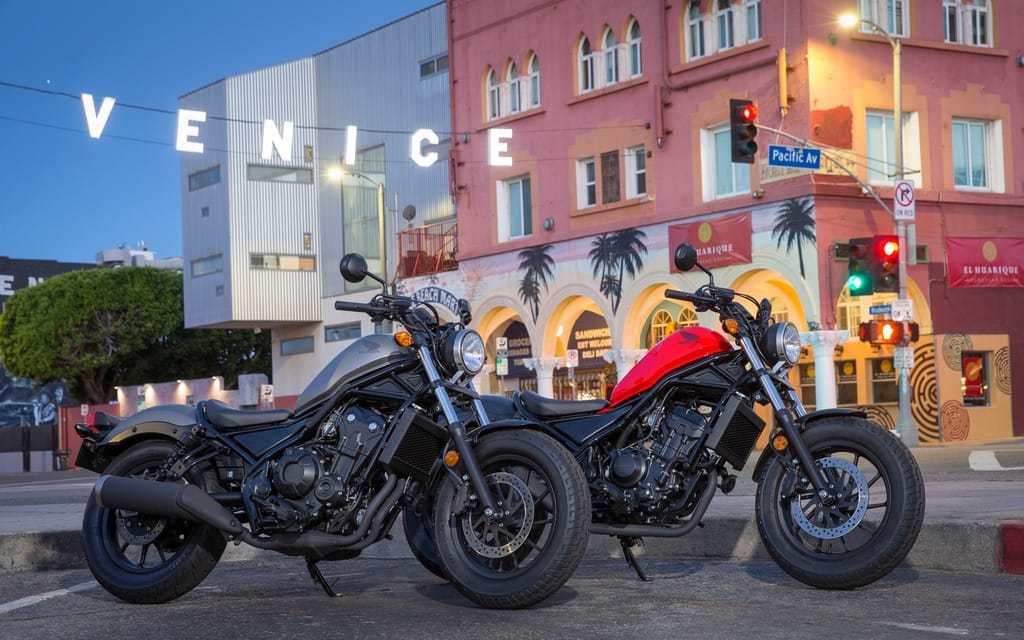 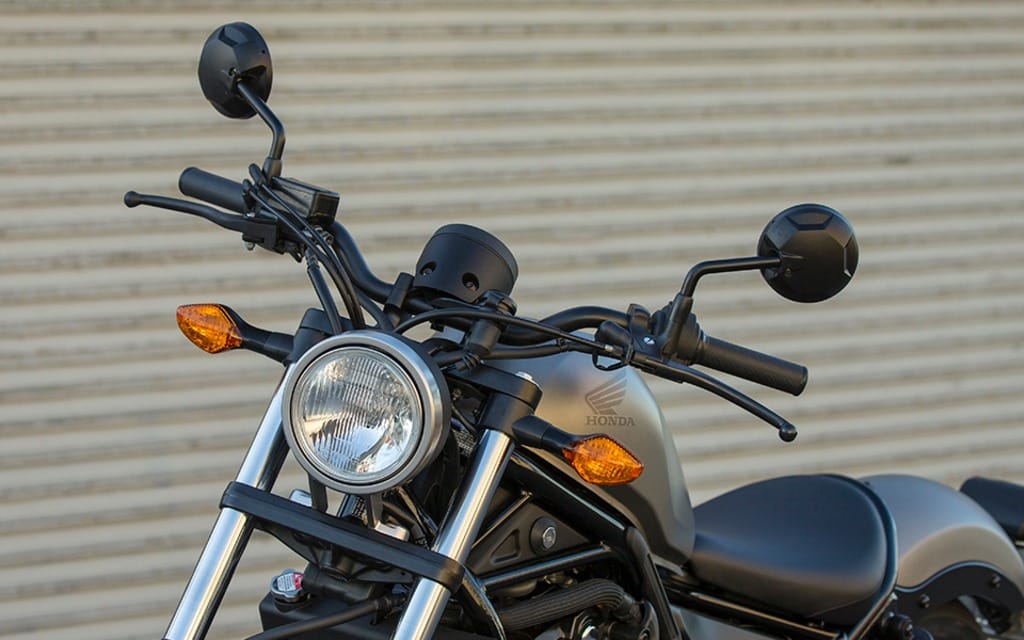 Honda’s reimagined Rebels won’t sit around dealerships for long
Raise your hand if you learned to ride on a Rebel. These little wonders have been around for a while and have given thousands of wannabe riders their first tour of the block on two wheels.

We all know that Big Red is very conservative with its popular models. We all have been waiting for that electric windshield on the Goldwing for a long time. As marketing gurus say: you don’t change a winning recipe. That is probably why the folks at Honda waited so long to revive the little Rebel.

In the last few years we have seen many propositions made to new riders, but that’s nothing new for Honda, which has been offering user-friendly motorcycles for as long as most can remember. The Grom is one of these models, as well as the NC line-up. Now the Rebel proposes a new type of ride to beginners and people looking for a simple, affordable and easy-to-ride motorcycle.

For the Rebel 300 and 500 launch we were brought to beautiful L.A. to a taste of, as Red Hot Chili Peppers lead singer Anthony Kiedis might sing, a techno-hippstery jet settery lifestylelistic launch. The posh hotel was located right in the middle of weed-smelling Venice Beach. The bikes were lined-up, the hashtags were given out and the Rever app map was uploaded to show us around the city of angels’ iconic locations. Vintage bike shops we gear heads would most probably like to visit along the way were also on the program. The concept was clear that this is a bike that hipsters and other less bearded youngsters (at least younger than most of our troops of pre-geriatric moto journalists) would appreciate.

The design team of young, hip, Japanese engineers was also brought in for the ride and to explain the task they had been given in reinventing this iconic tiny custom.

To make it even more of its time, each bike was fitted with a ram-mounted X support for our smartphones and we had to upload the day’s tour using Rever app promo codes. No guides for us, we were let free as a hipster’s hairiness.

I started on the 300 to see if I could enjoy such a small-displacement engine in L.A.’s notorious traffic. Sitting behind the 11.4 litre peanut gas tank, I immediately felt relaxed. Not like a grownup with a mortgage and deadlines but as my younger self who had lots of time and no worries. I looked at the other guys and got immediately inspired for the Instagram posting contest for the day. On the Rebel, I felt like a rebel, not as a bad boy looking for trouble but more like a rider who is out there to discover the city, and its back alleys, and to hang out with his buddies. The riding position is cool and relaxed as can be and the bar is low. The seat is low and narrow but not particularly comfortable for a long ride (both bikes’ seat heights are the same and they share the same chassis).

Our first stop was the Lucky Wheels garage where a gym-like monthly membership will allow you to use all the tools and get the support you need to work on your bike. I could see myself hanging out there at Lucky’s and spending hours chit-chatting about the benefits of a shortened swingarm or how to revive an old carburetor.

Getting there was easy with the Rever app but my iPhone’s battery didn’t like it so much and the integrated USB plug could barely keep my phone alive. It seems like this app needs juice to get you around. Fortunately, the Rebel doesn’t need that much fuel as the gas level barely lowered all day long.

After instagramming a few pics at Lucky Wheels, I got to ride the 500 through Beverly Hills. The many traffic lights gave me a chance to have a look at houses I will never be able to afford while enjoying the Rebel’s low-end torque at each green light. The smooth power band and sweet exhaust note were comforting. The Rebel’s six-speed transmission and its DOHC liquid-cooled parallel-twin mill offer a broad power band making it simple to ride. All this made riding amongst the six-figure cars as smooth as California weather.

The only stressful thing was the first few potholes I hit but the Rebel’s suspension absorbed them surprisingly well and the bike seemed to practically float over them. On both models the front suspension is a 41 mm telescopic fork with a 28 degree rake allowing 4.77 inches of travel while the rear suspension dual shocks have five positions of spring preload adjustment and offer 3.77 inches of travel. This seems plenty for a 414 pound Rebel 500 (or 408 pounds for the non-ABS model). The bike is short at 58.7 inches of wheelbase making it very nimble in traffic and remains surprisingly stable at higher speeds. Both Rebels roll into the dealers with fat 130/90-16 front Dunlop tires and 150/80-16 tires on the rear wheel. The Rebel’s low seat and relatively high footpegs made cornering easy on the few occasions we were able to ride at a good pace.

Honda says the only difference between the Rebel 300 and 500 is the engine itself. Actually the weight is obviously different with 364 and 370 pounds with ABS for the 300. The 300 gets the 286 cc liquid-cooled, four-stroke single of the CBR300R while the 500 uses the 471 cc liquid-cooled, parallel twin found in the CBR500R. Both mills were altered to give them more low-end torque for cruising around. Engine vibration is kept to a minimum by using crank pins phased at 180 degrees and a balancer shaft behind the cylinders, which also contributes to the engine’s compact size. PGM-FI electronic fuel injection keeps the engine running efficiently in all conditions and ensures crisp throttle response.

The negative LCD display with blue backlighting helps keep a classic look as does the simple round headlamp in die-cast aluminum mount. A list of custom design accessories like windscreen, saddlebags, rear carrier rack or passenger pad and foot peg kits are available. Many aftermarket parts manufacturers will also likely start offering many more parts to customize the bikes in every imaginable way. Be prepared to see many iterations being made in the next few years; this is a good platform to have fun with as Honda showed us with two heavily modified models that were brought in.

With their cool minimalistic look and attractive price these little gems will surely find their way to a garage near you and will surely bring many more riders to the sport. Which is a very good thing.