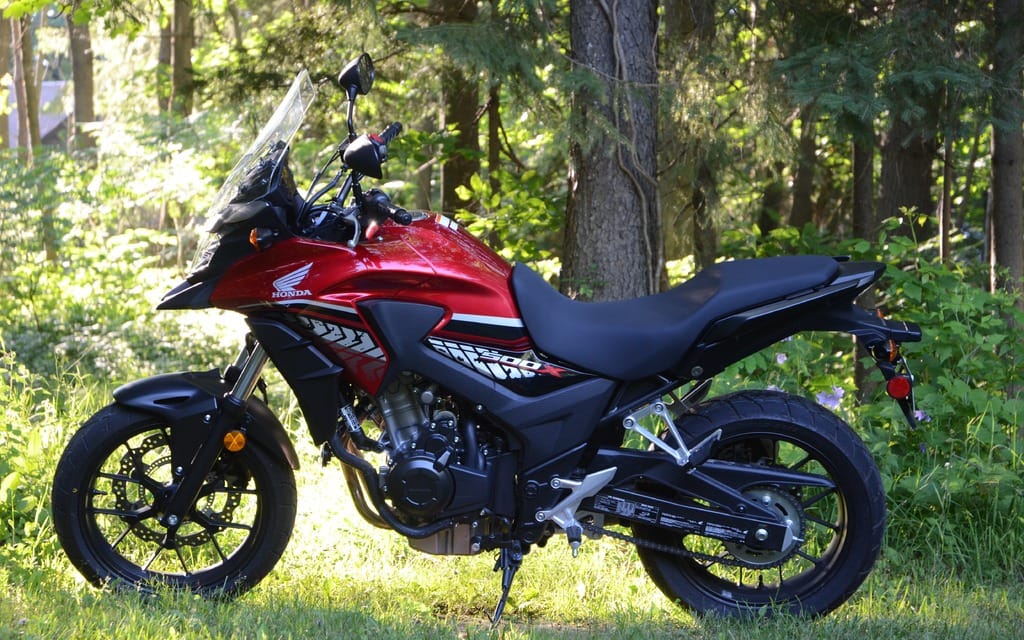 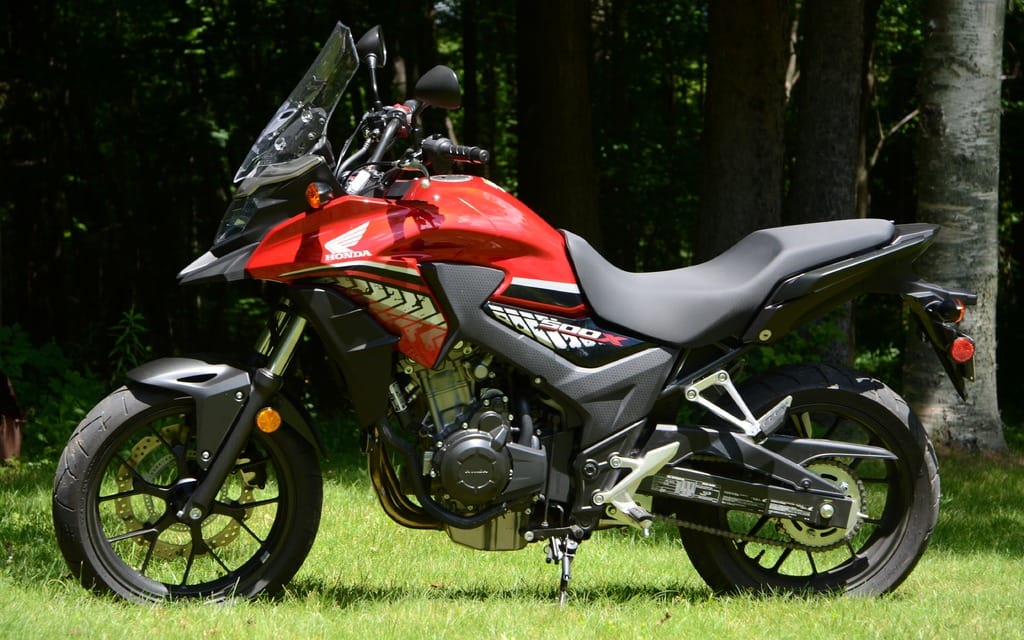 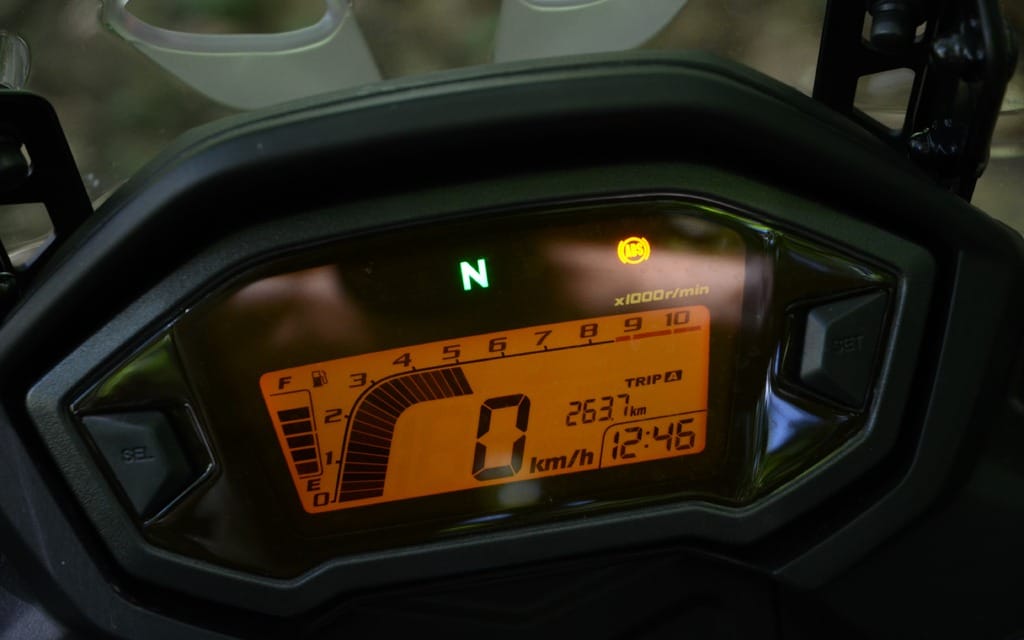 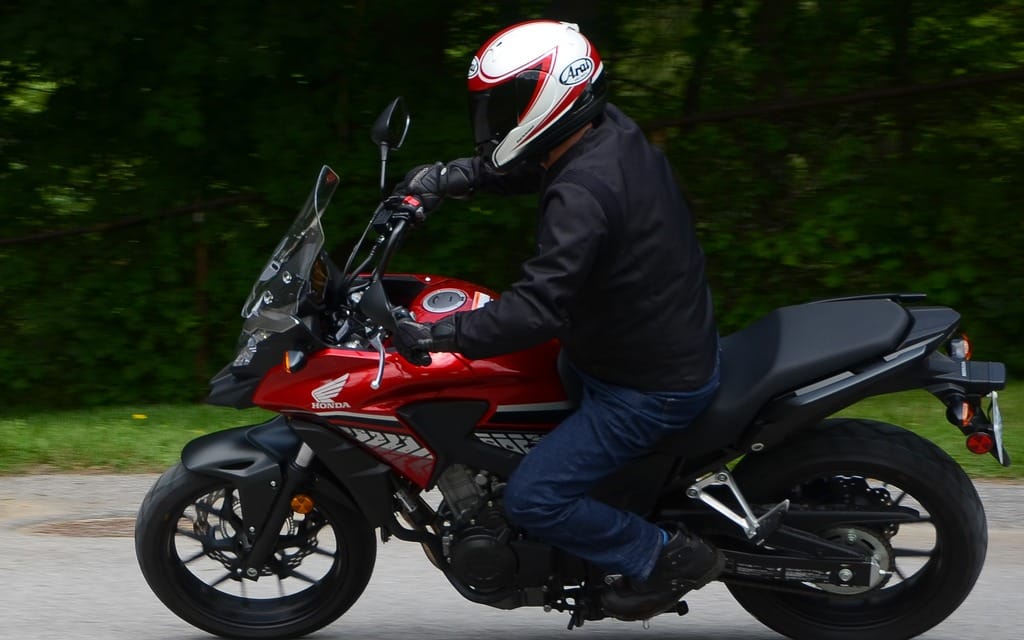 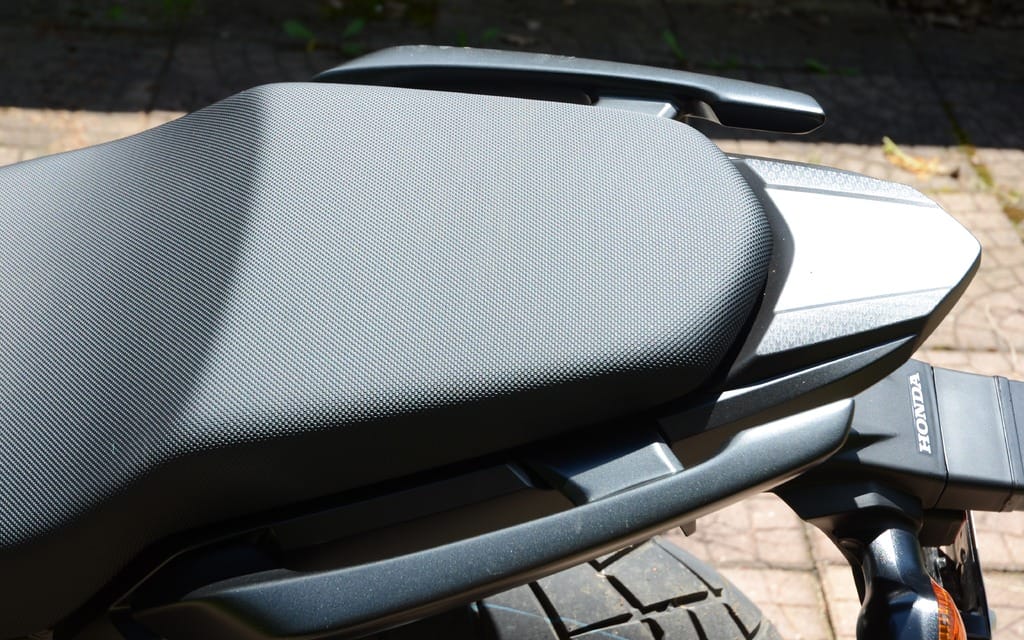 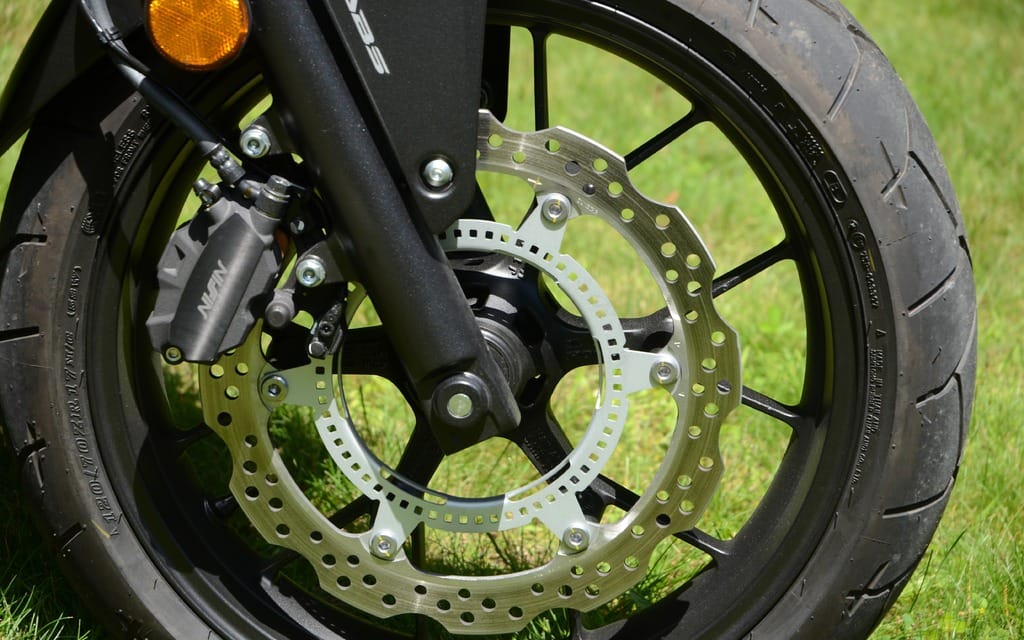 As familiar as an Eagles song, Honda’s little ADV demands little, gives a lot
At 7:45 on the morning of July 4 I’m cruising west on Highway 12, headed for the village of Coldwater and breakfast. The CB500X purrs under me, my shadow points the way ahead, and the air temperature is somewhere between perfect and refreshing. The scenery is green and early-summer lush. When I was a kid, we used to stop at Coldwater to buy milk and BBs before getting to the cottage. The village in rural Ontario a couple of hours north of Toronto is a youth serum for me.

So’s the Honda, though. It reminds me a bit of the bikes I rode back in the day, when a pair of work boots and a denim jacket constituted proper motorcycle gear and if you were able to hit 100 mph the bike would vibrate badly enough to unplug something and quit running. The Honda’s not like that, of course, but its power and simplicity are reminiscent of an old Norton or Triumph twin. It’s a basic motorcycle and nothing more. As an adventure-style bike, it’s not much more adventurous than your Aunt Sally, who does own a pair of jogging shoes but only wears them at the mall.

And the seat is crap, frankly. An hour after sitting on the bike and turning on the ignition in Toronto, my ass was a centre of pain and all my thoughts were focussed on finding the next off-ramp. The shorter ride to Coldwater from where I’ve spent the night is blissful, but the seat really would start to feel hard and narrow if I kept going for another half hour.

That’s about it for the bad. Now for the good—and there’s plenty to talk about. First, it’s an easy motorcycle to ride. I’m not very tall, five-eight and nine-sixteenths to be unusually precise, and I can get both feet (just barely) flat on the ground while seated on the 500X. What this means is that in any kind of tight riding situation—say, a U-turn on a narrow road—I can feel a kind of confidence that would be denied me on an Africa Twin or any other taller bike. And this would translate for a person even shorter than me—if you’re five-five and three-eighths, for instance, you’ll be able to dab a foot at any time from the seat of this Honda, you’ll have no trouble at stoplights, and getting it off the sidestand won’t be a chore. The CB500X also feels light, which improves rider confidence in those slow-and-tight situations and also when standing beside the bike and wheeling it into a garage.

The 471 cc twin-cylinder engine is no powerhouse, but it’s tuned for midrange torque, and if you snap open the throttle in first gear the Honda will perform a sort of mini-wheelie. Where the power is mostly felt is in the 5,000 to 6,000 rpm range, which translates to highway speed in sixth gear, so to pass a car on a busy highway it’s often unnecessary, or even counter-productive, to shift down a gear or two. Just open the throttle, feel the bike surge ahead, and pull in front. Downshifting to raise the rpm level above about 6,500 seems to decrease acceleration and certainly cuts down that feeling of lunging ahead, but crack open the loud handle at 5,500 and the little Honda is surprisingly and joyfully energetic.

There’s a bit of lash when transitioning from off-throttle, and it seems to be more a matter of fuel metering than driveline problems, but it’s not unpleasant and it’s easily controlled by use of the clutch, which is easy to modulate and doesn’t require a strong hand at the lever. There’s also some noticeable vibration, but it’s never bothersome and for the most part the Honda is very smooth. Even the view in the mirrors—which are commendably well-positioned—is glass smooth at speed.

The CB500X suspension is basic, but can be adjusted for spring preload in front and back. It’s an easy operation and the tools included in an underseat sack will do the job. I found the suspension just a little abrupt, but it wasn’t anything to complain about and did its job of keeping the rubber in contact with the asphalt at all times.

Speaking of rubber and asphalt, the CB500X’s Dunlop Trailmax tires (120/17 front, 160/17 rear) show off large tread blocks that look capable of light off-road work, but the emphasis would be on “light” with these rubbers. They performed well in highway and city street use and didn’t disappoint when doing to backyard lawn-riding for pictures, but like Aunt Sally’s jogging shoes, they’re not meant for serious off-road work.

But serious off-road work is not the forte of this ADV bike, and despite what someone like Éric Ménard might say about taking a KTM 1090 into the rough and having fun, most owners of this style of bike will benefit more from its sit-up-and-ride seat-pegs-bar relationship than from its affection for dirt. With an adjustable windscreen that does a good job of protecting the rider’s torso, a modest seat height and comfortably low footpegs that induce a slight knee-bend, widely spaced hand grips that make steering light ’n easy, a good single-disc front brake and ABS, and an easily modulated, torquey little powerplant that outputs through a slick six-speed box, the CB500X is not, in fact, one bit like those old British bikes. Its like them in the same way that it’s like a serious off-roader: there’s a suggestion of something, but while it’s far less capable in off-road conditions than a quick glance might suggest, it’s also far more sophisticated, smooth, and sweet running than any old 500 or 650 cc Britbike.

For beginners, for riders who want something tamer than a 600 but don’t want to be seen on a cruiser, for riders who can do the limbo without bending, and even for old hands who have ridden just about everything and want something simple, reliable, (mostly) comfortable, and good for any kind of road work from around town to around the province, the CB500X is adventure in a neat package. We got good mileage (3.47 l/100 km or 81 mpg), and at $7,399 it’s well priced, so you can add cheapskates (and I say that with the greatest respect) to that mix. The CB500X is an all-rounder that could satisfy the majority of motorcycling appetites, even if it might be a pain in the ass. But we can say that about most good things in life, can’t we?