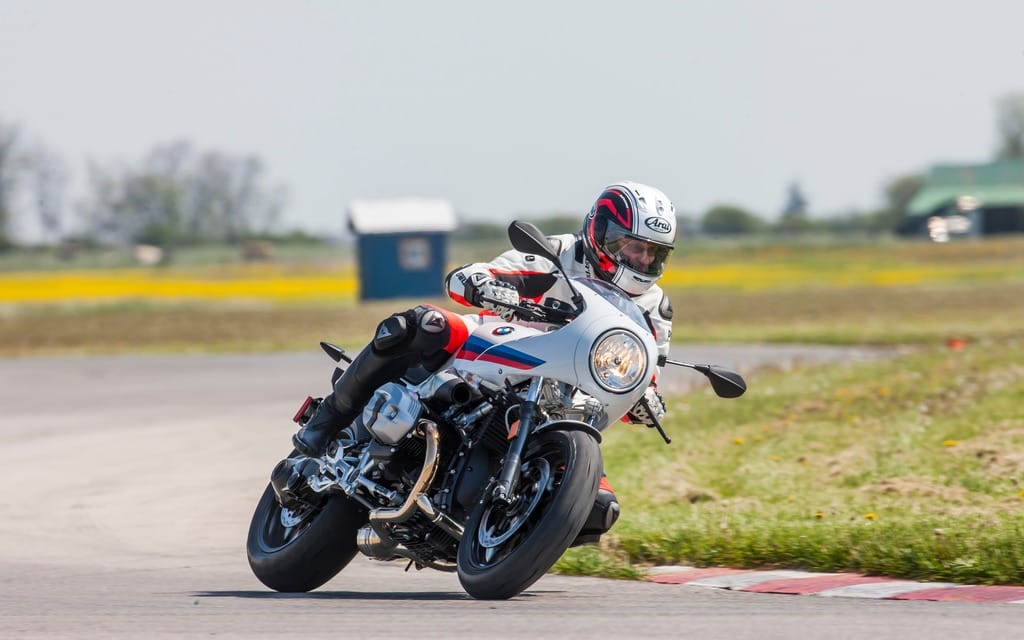 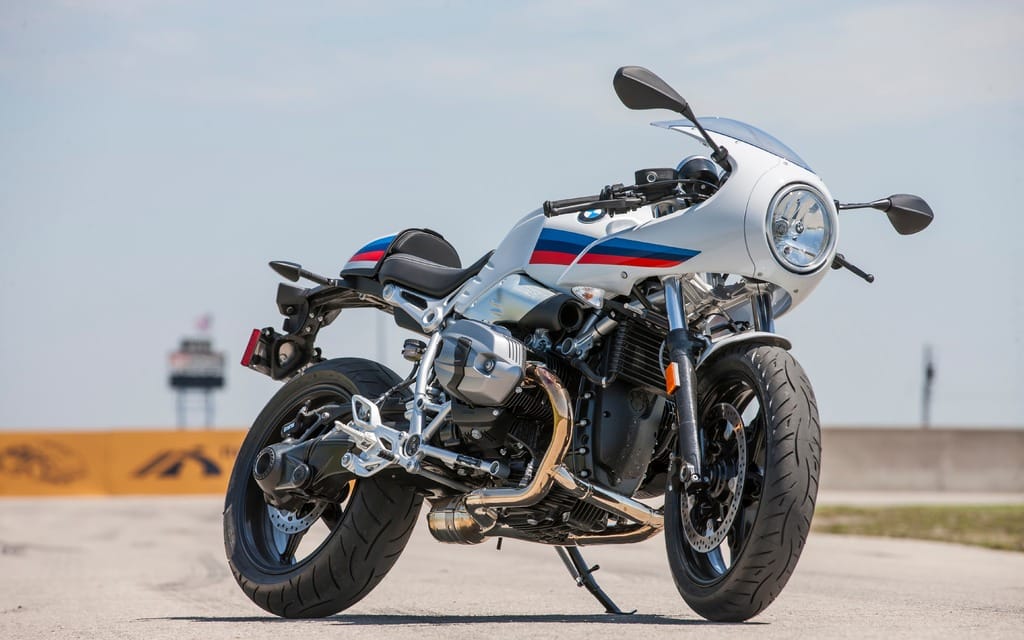 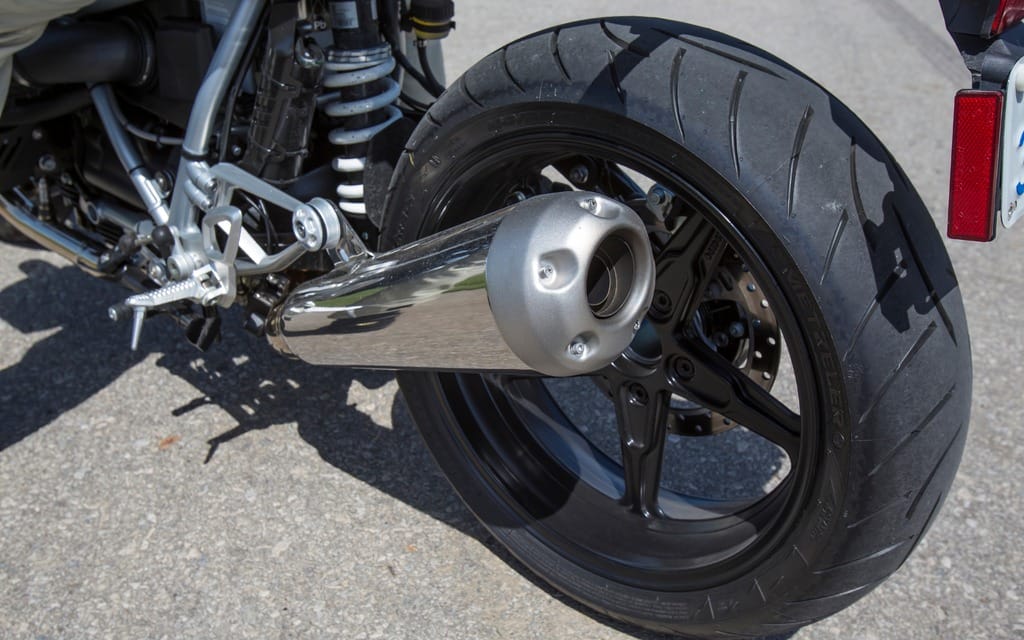 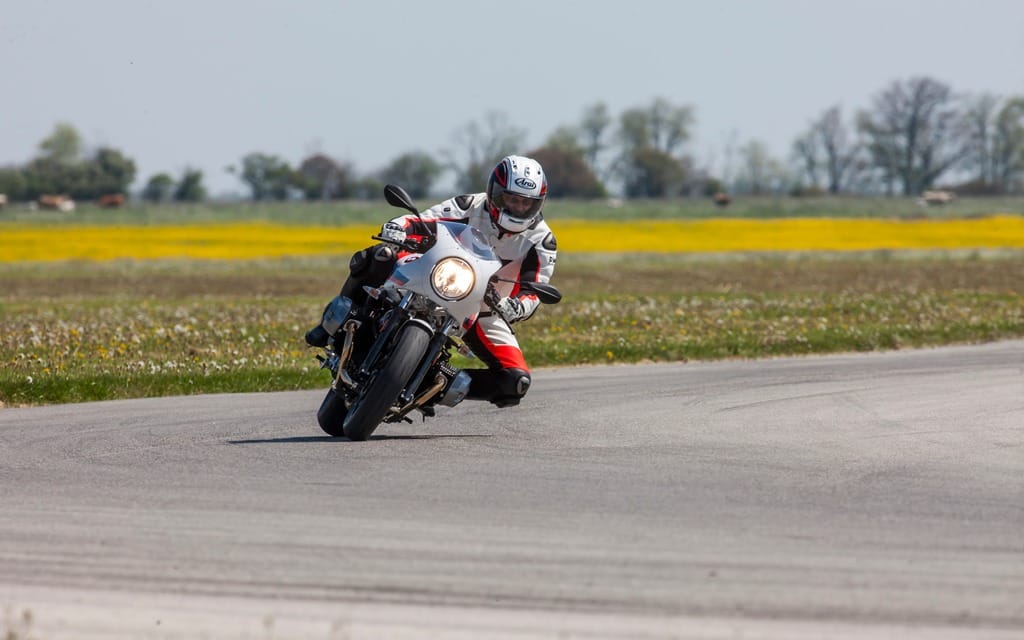 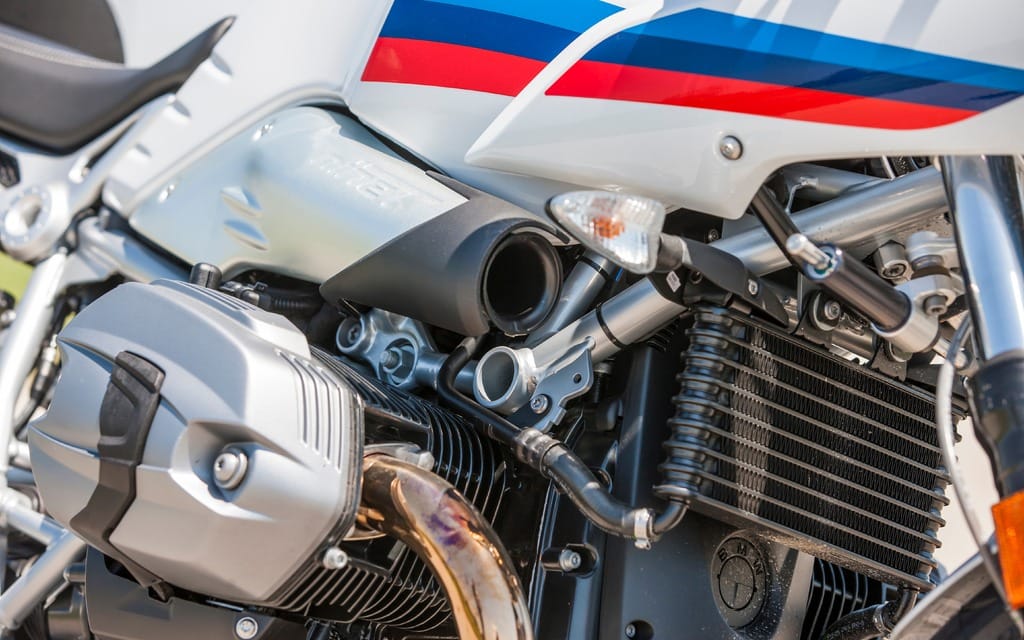 But the Motorrad’s latest production is art that hurts
What price art? That’s the question BMW’s latest R nineT variant, the retro-styled Racer, asks of each and every one of its potential owners.

That it is art — as in the Guggenheim’s famed Art of the Motorcycle exhibition — is without question. More impressive than even some of Ducati’s attempts at recreating yesteryear’s racers — the somewhat misshapen MH900e Mike Hailwood replica, the slightly less awkward GT1000 — the Racer verily transports you back to the ’70s when Rock & Rollers still took drugs instead of yoga and sporting motorcycles were, by definition, temperamental and uncomfortable (think Ducati 750SS and Laverda Jota 1000).

And the populace, motorcycle-loving or otherwise, appreciates this homage to the dawn of the superbike era. Indeed, not since the original Ducati 916 has a sporting motorcycle garnered so much positive attention from casual observers. Thumbs up, nods of approval, even implorations to pull over so that the worshipper might garner a better look are all part of even a short scoot on the Racer. And parking this R nineT at any café — biker oriented or not — is to know instant celebrity status, so convincingly does the Racer attract motorcycling’s moths to light.

So what price needs to be paid for this art, you ask?

Well, it certainly isn’t performance. The Racer is not a supersport king by any means, but its air-cooled 1170 cc flat twin — like that used in the other R nineT models — is good for a claimed 110 horsepower. There’s also plenty of low-speed torque — 86 pound feet at 6,000 rpm, claims BMW — so the big Boxer doesn’t lack for urge.

Or for character. BMW has taken an ages-old design — the company’s horizontal twin first started powering motorcycles way back in 1921 — and rounded off its edges while keeping just enough of its classic thrumming to make you feel like you’re on a “real” motorcycle. Back it up with an exhaust — longingly curvaceous in its own right — that makes the Racer sound like half a Sopwith Camel and you have the trip through yesteryear that is so very popular these days.

Nor is the chassis a real limitation. Oh, keen eyes will note that the Racer, supposedly the most sporting of R nineT models, rides on less fancy suspension — a non-adjustable conventional fork as opposed to the trendy inverted type — than the supposed base model. Indeed, in keeping with the retro styling motif, the 43-millimetre fork looks kind of spindly, just like back in the day when BMW’s famed Butler & Smith R90S used to wobble around Daytona. But even that isn’t too much of a limitation; the Racer is a big beast, at least 20 or 30 kilograms too heavy for true racer(ish) performance so not having the latest in Öhlins is not what makes the Racer less of a, well, racer. Indeed, given its size — with a curb weight of 220 kilograms and a wheelbase of 1,491 millimetres (58.7 inches), it’s hardly tiny — the Racer handles surprisingly well. Deliberation is needed, to be sure, to force it into a corner but once on line it’s as imperturbable as the Cambrian Shield. Of little use on a racetrack (despite its aggressive styling) the Racer’s stability and poise — pace with grace as Jaguar used to advertise — is great for a relaxed but rapid jaunt on a curvy backroad.

Nor is there much skimping on equipment. Die-hards will make much of the fact that the front brake calipers aren’t radially disposed on the fork, but they are Brembos, each caliper does have four pistons, and ABS is standard. So pooh on those saying the Racer is somehow lesser. And, as with most BMWs, goodies like heated grips and electronic traction control (that first is worthwhile; the latter not so much) are on offer and there are even spoked wheels available if you absolutely must take the retro theme to its extreme. The Racer even has a tachometer — don’t laugh; the Pure and the Urban GS do without — and, of course, that frame-mounted bikini fairing that is so much a part of its retro clin d’oeil.

So then, what is the price paid for all this artistic goodness?

Comfort. As in an almost complete lack thereof. It’s not so much that the ride is harsh (suspension compliance is more than passable) or the seat overly firm (again, passable). Nope, the problem is the riding position itself, the ergonomics BMW describes as “crouched, compact and elongated” also compromised. Not since God made the aforementioned 750 SS has a motorcycle required more contortions from its rider. Even the much maligned Ducati 916 pales in comparison.

Not only are the Racer’s clip-ons Jarno Saarinen low but, thanks to the limitations of using the same frame as the other R nineTs, they are also extremely far forward, a complete contrast to the comparatively compact riding position of current sports bikes, even those likewise equipped with clip-on bars. Combined with an extremely tight seat-to-footpeg orientation, riding an R nineT Racer at low speeds is to know why Guy Fawkes gave up his (Gunpowder Plot) co-conspirators as soon as he was threatened with the rack. Higher speeds do take some of the pressure off your wrists, but your core is still challenged. The closest any of our testers came to comfort was my 6-foot-6 graphic artist friend whose long arms made the reach to the bars not quite as excruciating as Yours Truly’s stretch. But then his Daddy Long Legs got cramped folding up to the pegs. In other words, the R nineT Racer is perfect for those whose longest ride is a 30-minute scoot to whatever trendy café/pub/watering hole is to be the beneficiary of their largesse on Friday night.

Lest this sound like terminal criticism, understand that there is plenty of place in the motorcycling world for rolling jewellery. Harley V-Rods and every feet-forwarded, ape-hangered chopper are just as rough on lower lumbars. Lack of comfort didn’t make the 916 any less coveted. And some of the “café racers” the hipster crowd is fashioning out of ’80s Japanese cruisers look pretty uncomfortable their own selves.

Nor does the Racer take a huge bite out of the wallet. Thanks to some of that judicious cost cutting — the aforementioned conventional fork and, unlike the original R nineT, the Racer’s gas tank made of steel and not aluminum — the Racer is the second cheapest model ($14,150) of BMW’s ever-expanding Heritage line. So, what we have here is an enviable combination of BMW presence, envy-inducing styling and surprisingly reasonable pricing, the trifecta for those looking for a two-wheeled trinket, just as long as you understand it’s a trinket best worn 30 minutes at a time.