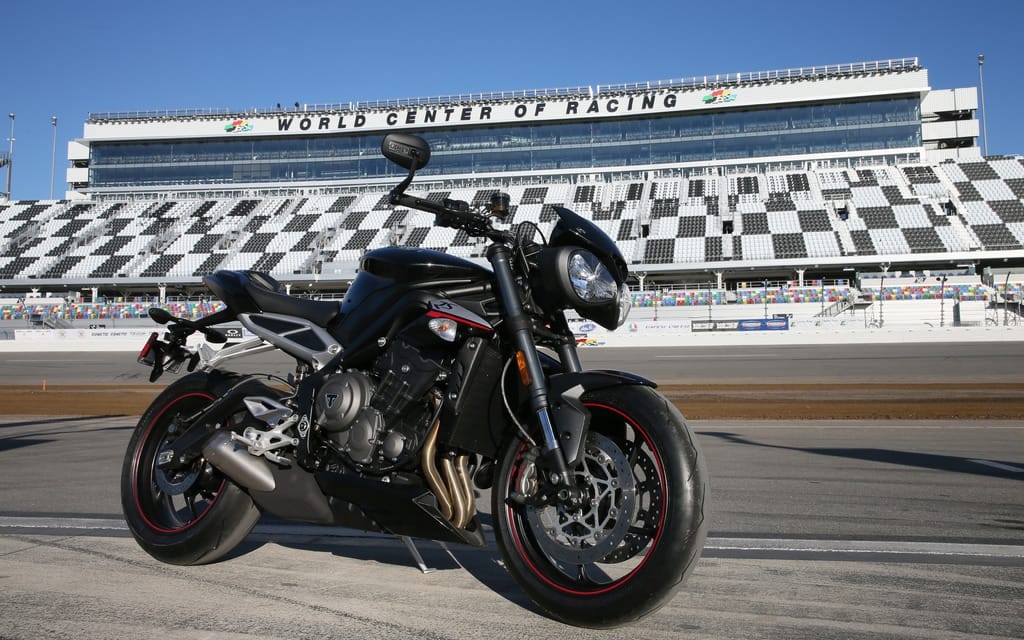 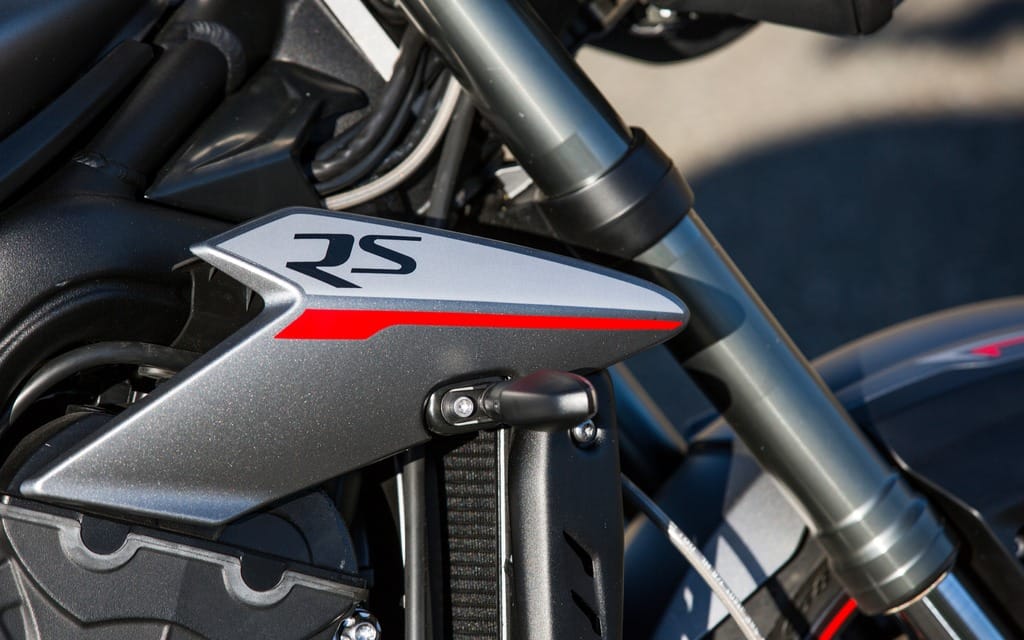 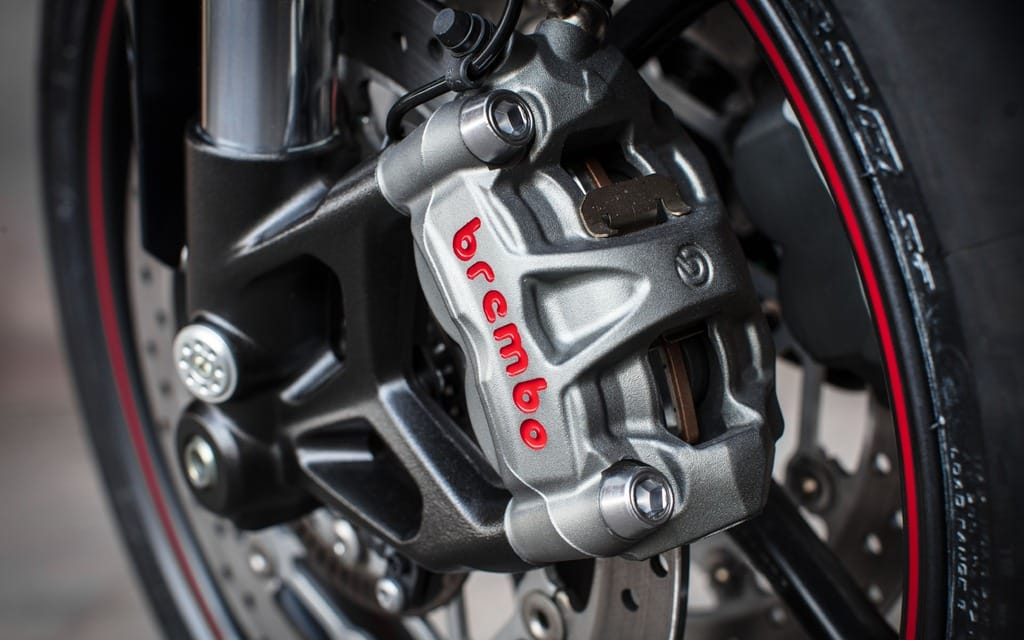 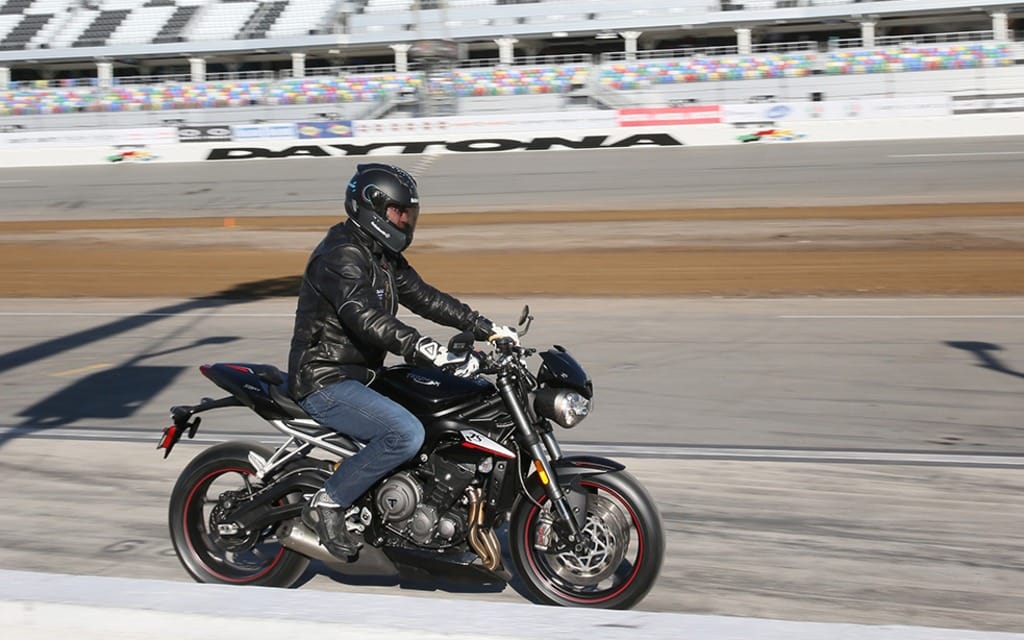 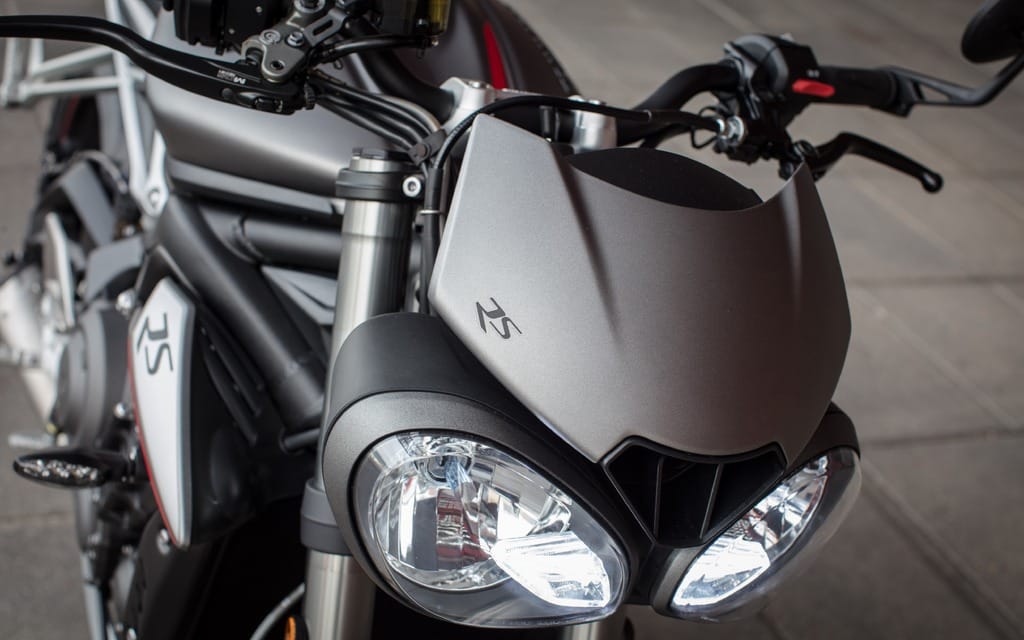 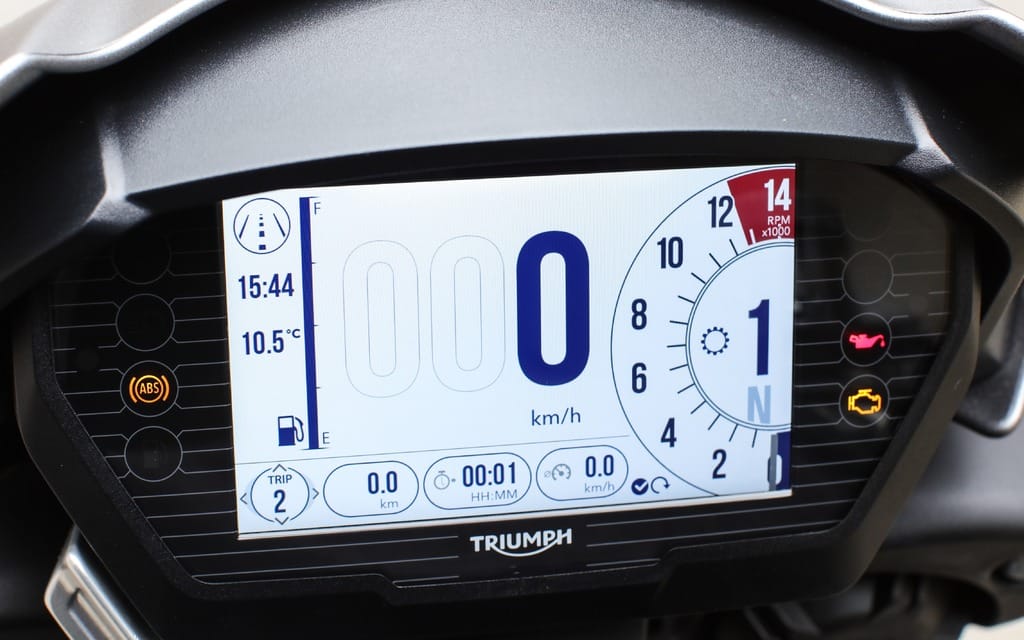 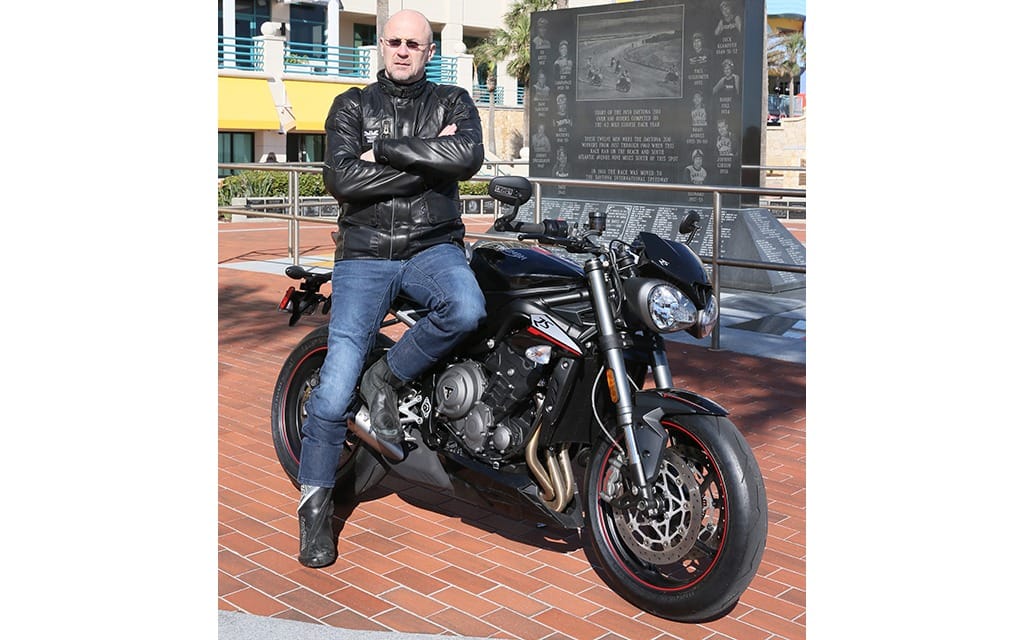 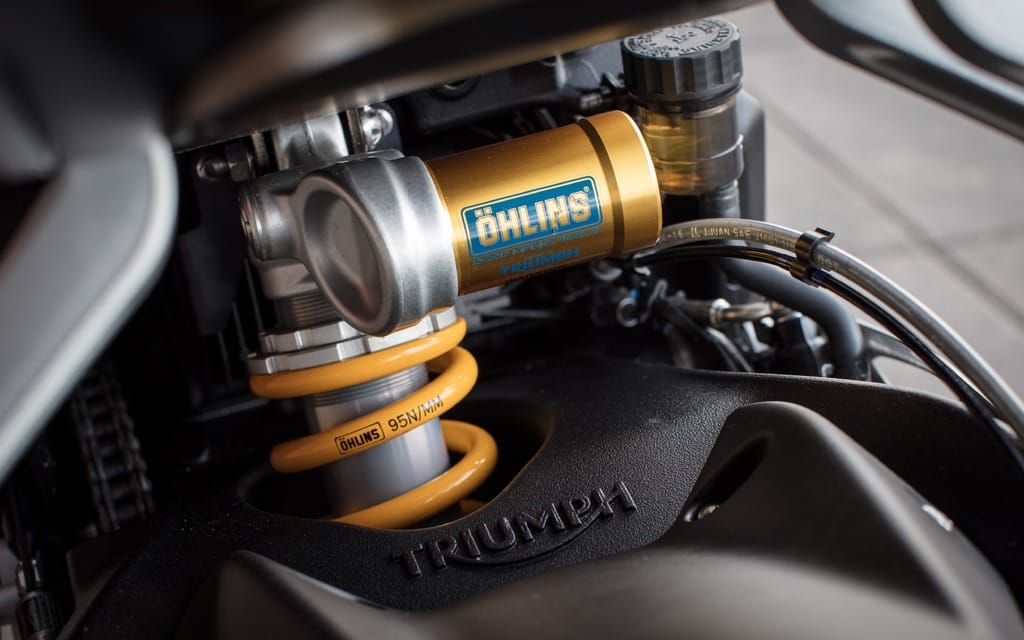 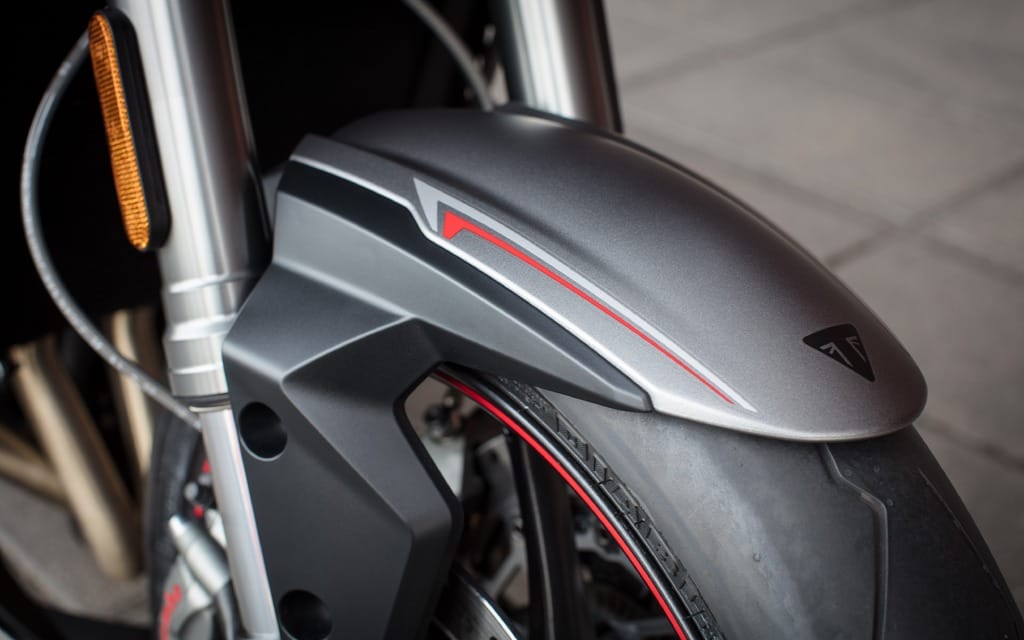 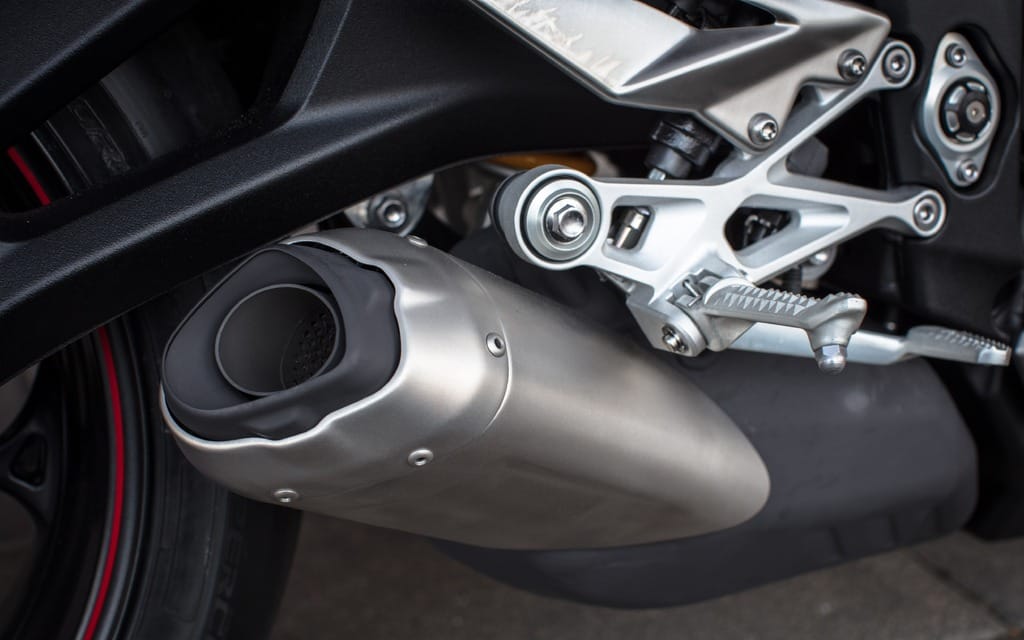 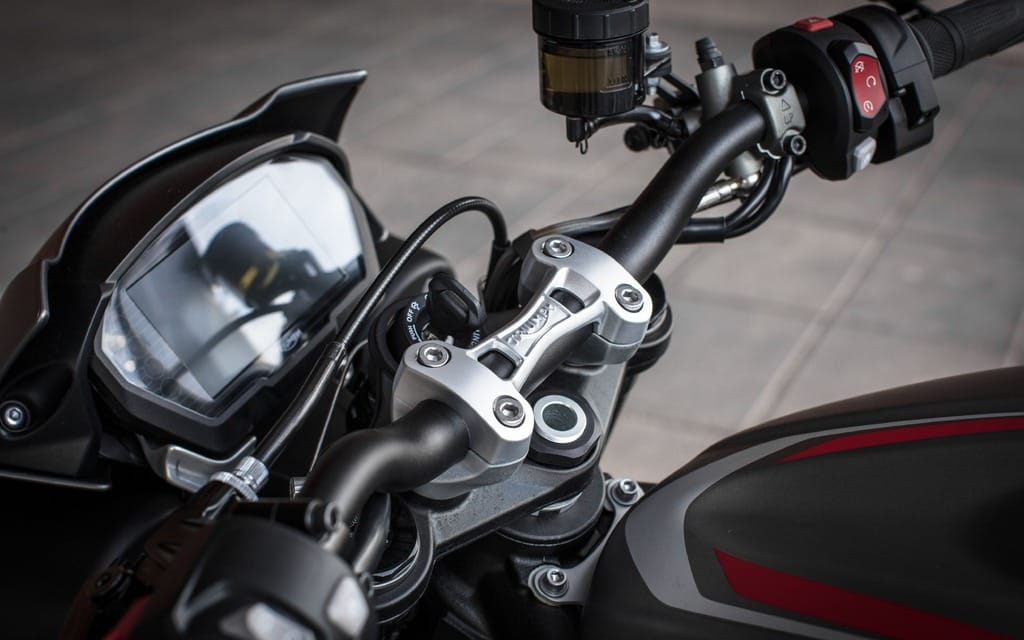 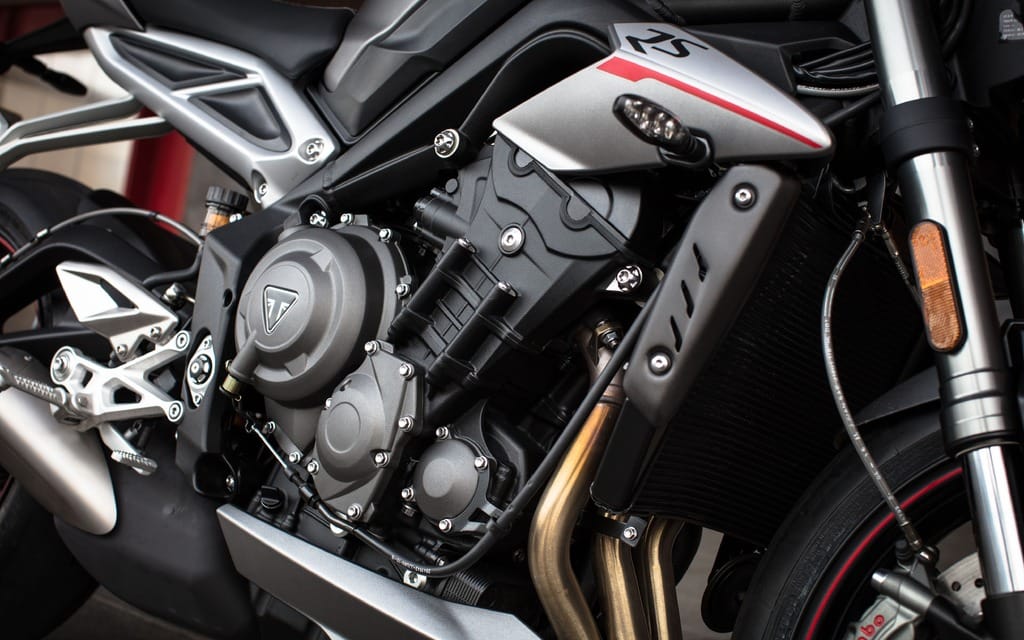 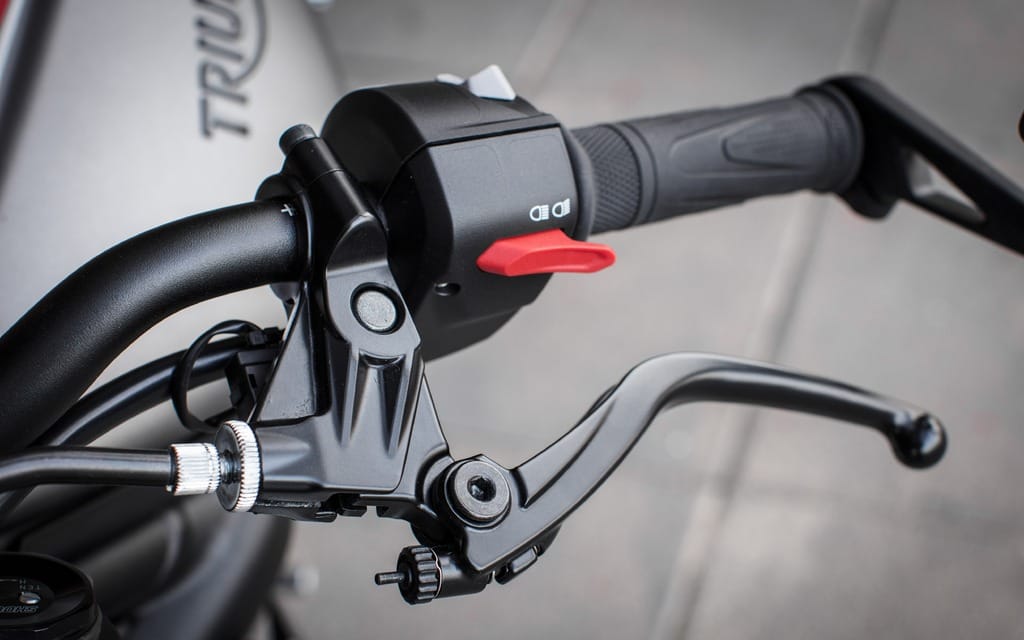 Triumph hits the sweet spot as 600s fade away
Behold the future of the middleweight supersport motorcycle. Honda’s CBR600 may be going the way of the dodo bird, rumours of a much-anticipated BMW S600RR came to naught, and Suzuki’s GSX-R600 is so old it might soon be eligible for classic plates, but the segment hasn’t so much expired as morphed into . . . Triumph’s Street Triple RS.

Yes, I know it’s a naked bike, a streetfighter or whatever back-handed sobriquet you want to denigrate it with. No matter. Now that the middleweight supersport class is in retreat and the Daytona 675R would also seem due for extinction, this is Triumph’s new mid-displacement weapon of choice. And it makes a surprisingly good case for on-track bona fides.

For instance, like so many entrants in the segment — Ducati’s 959, MV Agusta’s latest F3 — Triumph is pushing the very definition of what is considered mid-displacement. Once the sole purview of 600 cc Japanese inline fours, the segment expanded first to include 675 cc triples, but has now been extended to include almost any multi displacing less than 800 cubic centimetres and any twin under a litre.

For its part, Triumph simply took its already acclaimed 675 cc triple, bored and stroked it to 765 cc, plumbed in some bigger bump cams and called the resultant little rocket the Street Triple RS. In so doing, it took one of the best all-around engines below 1,000 cc — almost all of the power of a 600 cc four; most of the grunt of a mid-range twin — and made it all the sweeter. Oh, the exhaust note does seem a tad more civilized, but that’s a small penalty to be paid for a seriously fattened up mid-range and a top-end rush, especially in its top-of-the-line RS guise, which sees the front wheel pawing for the air.

Indeed, the enduring strength of Triumph’s mid-sized three-cylinder engine — its wonderfully linear throttle response — has only been amplified. Not only is there more low-end grunt, but its delivery is the mythical flat plateau of torque that promises precise — and instantaneous — response to twists of the wrist. To be sure, there’s a little extra urge above 8,000, but that’s just the product of torque peak kicking in at such high rpm (in RS mode, the Street Triple’s torque peak doesn’t happen until a comparatively stratospheric 10,800 rpm). Nonetheless, the new Street Triple offers the rheostat-like response that electric bike advocates promise is the future of fossil-free motorcycling.

On the street, it renders the RS a plethora of riding modes — Road, Rain, Sport, Rider, and Track— and gives fewer modes to the S (Road/Rain) and the R (Road/Rain/Sport/Rider) models, which are pretty much redundant, the 765 cc triple one of those rare engines seemingly synaptically connected to the rider’s need for speed. This is the most precisely controlled electronic Triumph fuel injection system I’ve tested, a far cry from the company’s early EFI systems that always seemed to have a mind of their own. Not only is power prodigious, but it’s also eminently useable, a trait welcome on both street and track.

All this talk of civility and ease of use shouldn’t, however, be mistaken for a lack of excitement. At peak revs — 11,750 rpm — the RS pumps out 121 claimed horsepower, about the same as a previous generation GSX-R600, and not so far off what Yamaha claims for its current R6. Wheelies are a doddle and with a dry weight of just 166 kilograms, keeping up with litre bikes, at least until the straightaways get really long, won’t be hard at all.

Of course, horsepower alone does not a true performance motorcycle make. As the Pirelli ad says, power without control is nothing. But here, too, the RS comes well-armed. For instance, matching the engine almost watt for watt (but in reverse, of course), the RS’s monobloc, radially-mounted four-piston front brakes are absolutely magnificent. Offering true two-finger stopping without the hypersensitivity of some racing brakes, the big Brembos make the standard anti-lock brakes — like the traction control system — almost unnecessary. Short of gravel or rain, there’s so much feedback at the lever that even the ham-handed should be able to manage well-controlled stoppies without fear of locking up the front wheel. You can also turn the RS’s ABS off in track mode, though, to be fair, with the new system’s extremely fast cycling speed, you might not even notice its operation.

And the RS, being the top-of-the-line of Street Triple, also boasts topflight suspension. A fully-adjustable Öhlins STX40 takes pride of place in the rear while a fully-adjustable, 41 mm Big Piston Showa does fork duty (it too is adjustable for compression and rebound damping as well as preload). Feel, control and adjustability are state-of-the-art and even though I didn’t get to hoon the RS about much — there are but three hairpins in all of Florida and none of them near Daytona Beach — there is no reason to believe that its razor sharp steering won’t be accompanied by superior suspension control on the track.

That said, I can’t help but think that the RS might be a little too track focused for most street riders. When I say that the Öhlins rear shock offered superior feel, I really do mean I could feel absolutely everything in the road. No princess-and-the-pea I, the RS will surely be challenged by the potholed motocross tracks we call Canadian roads. Riding the RS in full taut mode is to know not only that you’ve run over a dime, but to know the year the Royal Canadian Mint made it, the feedback — in butt Braille — perhaps a little too precise for everyday riding. Even the tires — barely-treaded Supercorsa SP versions of the standard Pirelli Diablo Rosso Corsas — seem geared more for the track than for the road.

That’s why it might be wise for your average Joe — that would be anyone not contemplating regular track day excursions — to consider one of the lesser Street Triples Triumph will offer. In base guise, for instance, Triumph coaxes six more horsepower (111 hp claimed) out of the new $11,200 Street Triple S than the previous generation 675 cc version and more torque (53.8 pound-feet versus 50.2) at lower rpm (9,100 revs versus 9,750). Sure you’d have to make do with lesser suspension — a preload adjustable single shock in the rear and separate function upside down fork in the front — but Triumph says that, even though its damping might not be as well controlled, the spring rates will be a tad softer. Moving up the ladder to the $12,600 R version, horsepower gets bumped up to a claimed 116 and torque to 56.8 lb.-ft. and one gets a Big Piston fork — albeit with each leg handling separate compression duties and the other rebound — as well as radially mounted, four-piston Brembos (though lesser M4.32s compared with the RS’s top-of-the-line M50s). Though we haven’t tested it yet — only the top-of-the-line $14,000 RS will be available for the Street Triple’s initial spring launch; S and R models will come later — the R would seem the sweet spot in the Street Triple’s repertoire, the brakes excellent and perhaps the suspension less punishing. For those thinking about the RS’s five extra horsepower consider this; even though both R and RS produce the same peak torque — 56.8 pound-feet — the R’s kicks in at 9,400 rpm, the RS’s 1,400 rpm later at 10,800 rpm. In other words, the R’s power delivery may be even more linear and its powerband broader, the RS’s extra power only available over 10,000 or so rpm.

All that said, the RS is, as 600 cc sportbikes seemingly face extinction, the new face of mid-displacement supersports. The engine is more than up to racetrack excursions, handling is more than capable and the suspension and brakes are of the finest pedigree. And, best of all, like all naked bikes with their more relaxed riding positions and cushy seats — and niceties like the RS’s available heated handgrips — the Street Triple won’t crush your lower lumbars or punish your bottom. Maybe we won’t miss the CBR as much as we thought.