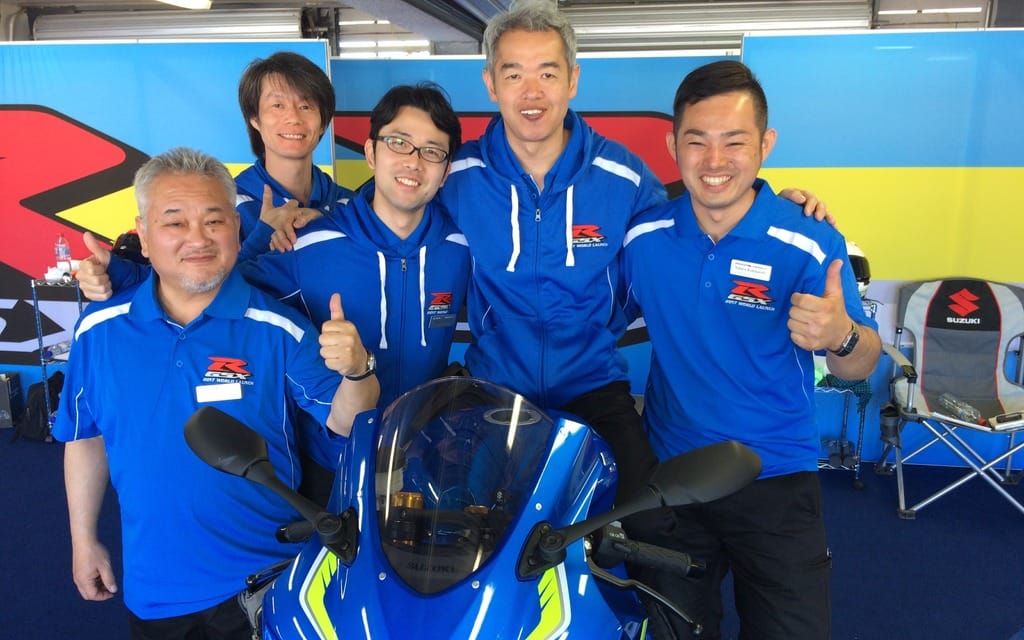 “The GSX-R1000 is the most important model for Suzuki, and it was frustrating that we couldn’t release a new model until now. Some years ago, Suzuki’s motorcycle focus switched to the Asian market and small bikes, but after that they started to think again, and ask, ‘What is the strong point of the Suzuki brand?’

“The answer is sport bikes, so then we could restart the project. But I had to explain very carefully [to Suzuki bosses] why we need to make such a motorcycle, because the normal customer can’t use such high performance.

“Even before that, the development had continued for a long time. So although officially I say we started development three years ago, really it was longer. Some of the technology like VVT was developed separately, which took a long time.

“Was the bike developed more for the road or the track? I think it’s 50-50. If we the engineers think to change something, we always think first about racetrack performance. But if it’s not good for street performance we have to rethink it, because if we throw away the street performance it’s not a GSX-R.

“For example, if our test riders said something was good for top speed but we lose bottom-end feeling we would never accept it. One manufacturer, I don’t say which one, has a production bike that is very difficult at low engine speed. Maybe that’s not a problem on a circuit but it’s a problem for the street.

“The most difficult part of the project was balancing the different demands. For example if I gave priority to engine performance, maybe I would lose some chassis performance. The engineers in the team were bringing new ideas, and sometimes fighting. But after a while they realized everyone had the same target and same direction, and after that it was much easier.

“The GSX-R series has DNA from Yokouchi-san [Etsuo Yokouchi, chief designer of the original GSX-R750 and GSX-R1100], and I am very conscious to keep this tradition. He had a saying, ‘Run with the chassis, turn with the engine’. That’s what I mean about the engine and chassis engineers needing to help each other.”