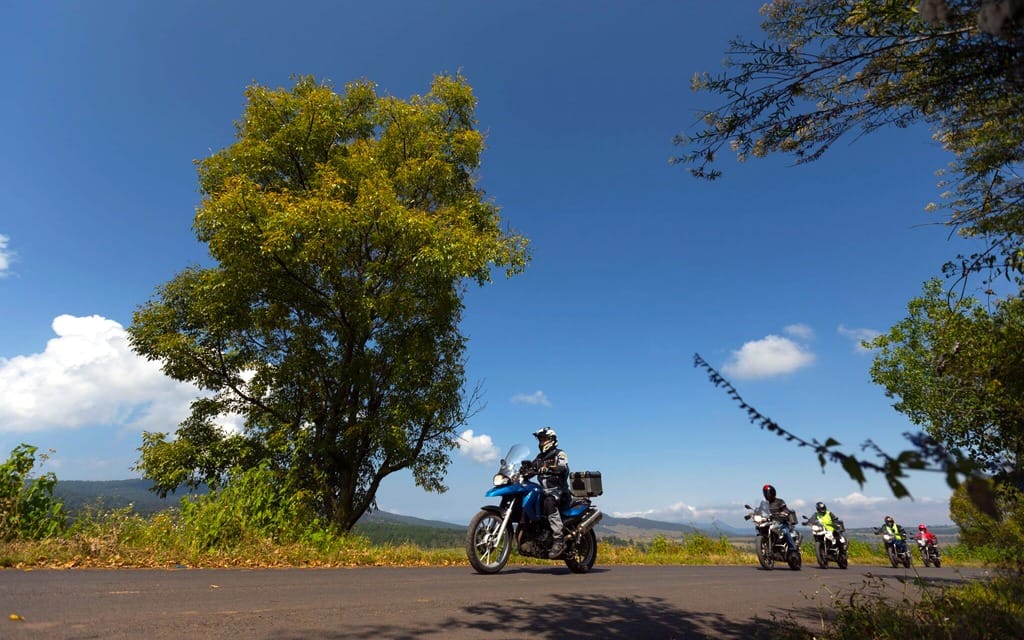 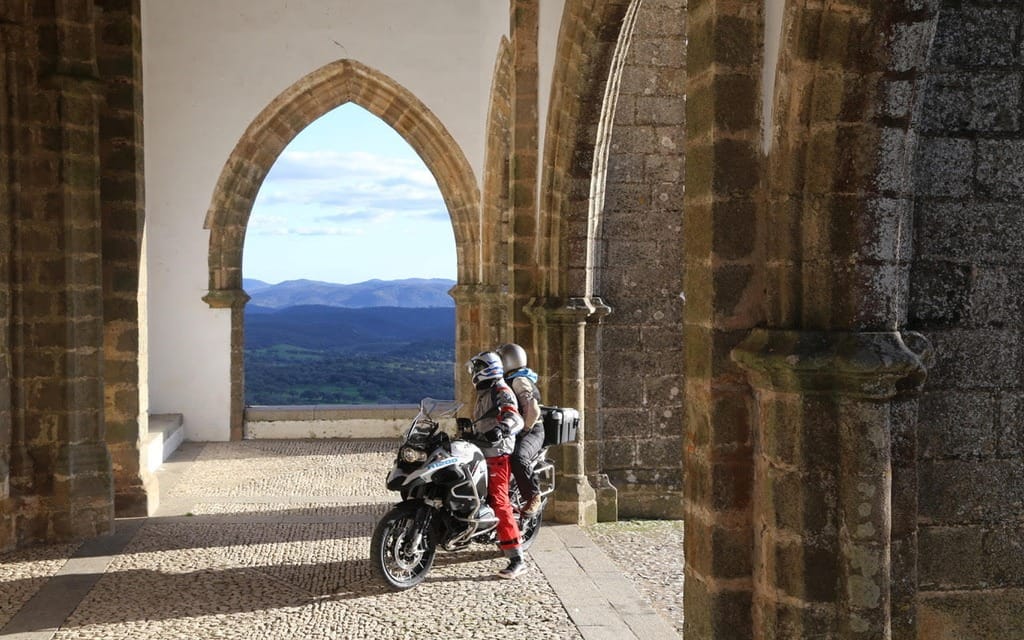 Mexico, that is, and Portugal, with small touring companies
There are two ways to see the world that make sense to a motorcyclist: you can send your motorcycle somewhere exotic and follow it, or you can have someone else provide a motorcycle, spectacular scenery, twisty roads, hotel rooms, riding companions, food and drink, and a gaudy souvenir T-shirt. At Cycle Canada we have a couple of Edelweiss Bike Travel T-shirts (see At Play in the Pyrenees, February CC) and would like more. But if Edelweiss is the biggest (is there anywhere they don’t go?), it’s not the only. At the Toronto Motorcycle Show we met the owners of two smaller motorcycle touring companies. We found them both intriguing.

Reading the magazine-like brochure of Riders of the Sierra Madre is like walking past a bakery at 5 a.m.—you begin to salivate pretty quickly. The brochure lists five tours around Mexico—Hub & Spoke, Mountains and Beaches, Heart of Mexico, Coast to Coast, and Double Devil—any one of which seems like a terrific riding and travelling experience. The company is owned by John and Lynn Gilbanks—who eight years ago retired from other occupations to run the touring company from their home and your home base, Casa Sierra, in the town of Ajijic on Lake Chapala, which is close to a major airport in western Mexico.

BMW GS motorcycles are used, F650 and F700, and R1200 models, and as you might guess the tour routes range from a five-day program with daily rides from the base (Hub & Spoke) to a six-day mountain-road loop through western Mexico (Double Devil) to the two-week-ride of the Coast to Coast tour, which cuts from the Pacific across to the Atlantic and then returns westward to base. Costs range from just over $2,000 to nearly $6,000 U.S. per person. See ridethesierra.com for more. Tours tend to run in spring and winter, just when you might want to be anywhere but Moose Jaw.

Europa Tours is more of a do-it-yourself outfit and, as you might guess, calls a part of Europe home—specifically, Portugal. Miguel Rebelo, who is based in Newmarket, Ontario, says his outfit offers a “fly and ride” program that can be customized to a client’s needs and schedules. For people who find the set timelines of a guided tour program difficult, Europa could be a solution.

It’s a family operation, in business since 2005. Miguel, who was in the motorcycle sales business for years in the Toronto area, says he has recently signed an agreement with Motoxplorers, a Lisbon motorcycle tour company that, like the Gilbanks operation, uses BMW motorcycles (F700/800 GS, R1200GS, and R1200GS Adventure). Europa Tours organizes your ride and Motoxplorers provides the bike. Rebelo can sell you a guided tour through Motoxplorers, or, for a more free-ranging experience, will provide the bike and a customized itinerary (with starting and ending dates in Lisbon) that would take you where you want to go in Portugal and, if you like, Spain. It’s also possible to ride farther in Europe, but that would cost you more. Rebelo suggests that for groups of four to six people a car can be added for a few hundred bucks, driven by someone who otherwise would sit on the back of a bike, and used to get around when stopping at a pousada (google it) for a couple of days. “Everything,” he says, “is replanned for you. But not overplanned.” The temperature in southern Portugal was, he said, 24 degrees, while it was below zero in Toronto. Touring season is when you want it but early to mid-autumn is very nice, he said. One week fly-and-ride programs through Europa are $2,898 Cdn, and two week rides are $1,100 more, per person. See motoxplorers.com for their guided tour prices, and see europatravel.ca for more on Miguel’s programs.

We can only tell you about some of what Gilbank and Rebelo offer in Mexico and Europe, so if you’re interested, check out the websites or call them (numbers on their websites). We can’t think of a way to have a better time on a motorcycle than by signing on to a foreign-country touring program.