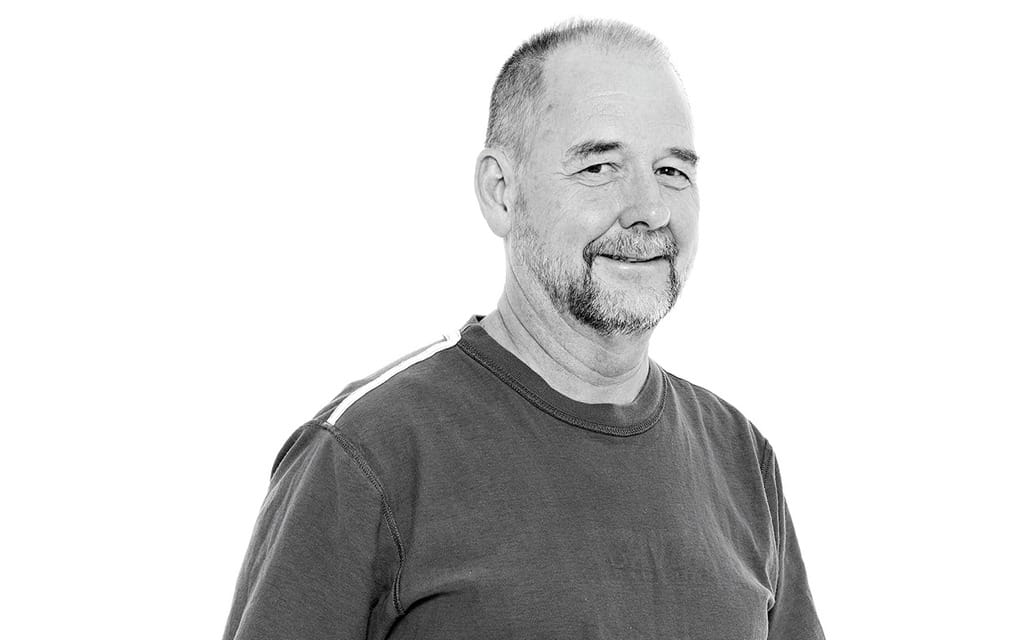 This issue’s First Person contribution by Dean Hadd got me thinking about the drive that nearly all of us have for riding motorcycles. Hadd’s story is inspiring, and unique in a way: he is what some might call a cybernetic motorcycle rider; there’s a bit of Six Million Dollar Man in him. But while that’s surprising and highly unusual, it’s not what inspires.

You can read the piece yourself to find out what impressed me about Hadd’s effort. Frankly, I don’t know if I’d have the guts to accomplish what he did, to endure the pain and the fear and the sheer obstinate son-of-a-bitch difficulty of it all. There’s a bit of personal heroism in the act, I think, of achieving a goal over the kind of hardships that might force lesser people to give up and trade in their motorcycle for something less exciting but more normally useful.

I’m reminded of a man I met briefly in British Columbia, years ago. He had lost the use of his legs and used a wheelchair to get around. One way or another, he had acquired a kind of platform onto which he could roll his chair. There were two wheels at the back of the platform, and at the front, a motorcycle fork (Honda 750 inline 4, I believe). The Honda’s engine was in there somewhere. He would push his wheelchair onto this ugly contraption, strap on a helmet, grab the handlebar, and ride. Presumably, he had some means of locking the chair into it, and some other means of braking the rear wheels.

I asked him once for an interview, thinking I’d write something for CC, but he never got back to me. Getting his face in a motorcycle magazine probably meant nothing to him, but being able to hold onto a handlebar and steer a vehicle that was as like a motorcycle as he could manage must have been important. I doubt that the motorcycle-wheelchair contraption was acquired on a whim.

A year or two later I met a woman on a Gold Wing. She was older than me by about 40 years, or looked it, anyway. She had bought an automatic lowering device for her Wing’s centrestand, probably because she couldn’t handle it manually, and possibly she couldn’t lift the bike off the sidestand, either. But with the push of a button when she had stopped, she could relax in the overwhelming likelihood that her motorcycle would not fall over. Why did she bother?

Why did Dean Hadd put out so much effort for motorcycling? Or any of us? At the very least it costs money that could be spent on more practical things, and for some it costs a great deal more than money.

When I was a kid, I wasn’t much for ordinary sports. Baseballs had a way of bouncing in front of me, then over my head, and I’d likely trip as I ran back for them. Hockey? The only compliment I ever got from the coach when I played at about 14 years old was “At least you tried.” As in, for once.

But in the early 1980s I was influenced by some sportbike-riding friends (sportbike as in Honda CBX and café style CB750; the Interceptor was yet to appear on the scene) to improve my riding skills. I learned what an apex is, what trail-braking is, and what the throttle does when it’s used improperly and, more usefully, properly.

Living in rural British Columbia I had access to twisty highways in areas where traffic was sparse (that’s part of the reason why I lived there), and I was able to practise riding and develop, to the best of my limited abilities, my riding skills. And something happened, I’m not sure exactly when: I discovered gracefulness in motorcycling. The smooth flow of a bike through a series of bends, reaching for the apex and then cutting to the opposite side of a turn, then doing it again without any upsetting motions, nothing herky-jerky, just sailing through a series of curves as if powered by the wind. I wasn’t going especially fast, I wasn’t accelerating hard out of corners, and I certainly wasn’t racing anyone, but a feeling of gracefulness enveloped me and I was hooked. I’d never felt that way before, not on the dance floor, the ball field, or even the public sidewalk. Clutzy, I am. Except, sometimes, on a motorcycle.

I don’t know why Dean Hadd went to so much trouble to get his licence back, but I’m glad he did. Motorcycles mean different things to different people, maybe something unique to each of us. It doesn’t matter what the specifics are, I suppose, but it matters that they mean something that is often felt very deeply.

A friend in B.C. who bought a GSX-R750 about 10 years ago once told me that he didn’t want to ride with me on a nearby road because the pavement was rough. Well, sure, it was a little rough, but there were dozens of curves, few cars, and not much else but rocks and pine trees along the way; it was a pretty good road for motorcycling and would have been a lot of fun on his bike. He did relate with great excitement the experience of accelerating to some wildly prohibited speed on a very straight, very long stretch of a provincial highway, but curves were not important to him. On a GSX-R750? Who knows what he was thinking, but I can tell you that he almost certainly got as much joy out of riding as I did while I was learning that grace can be acquired even by a clutz.

So I hope Mr. Hadd puts his motorcycle licence to good use this year, and I hope he finds his own reasons for riding and keeps on doing it. He’s paid for it, after all.