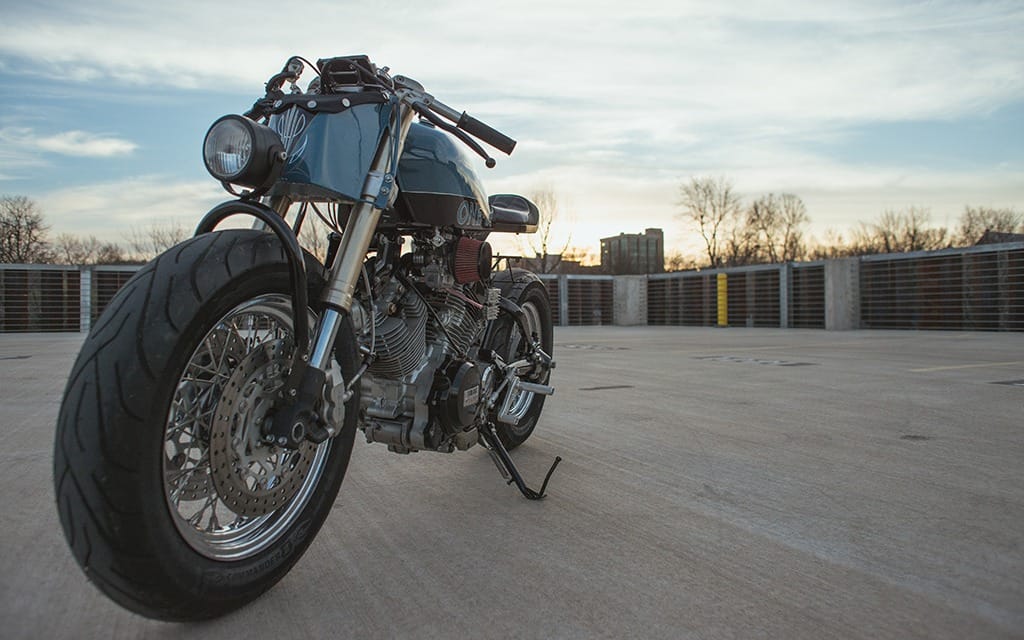 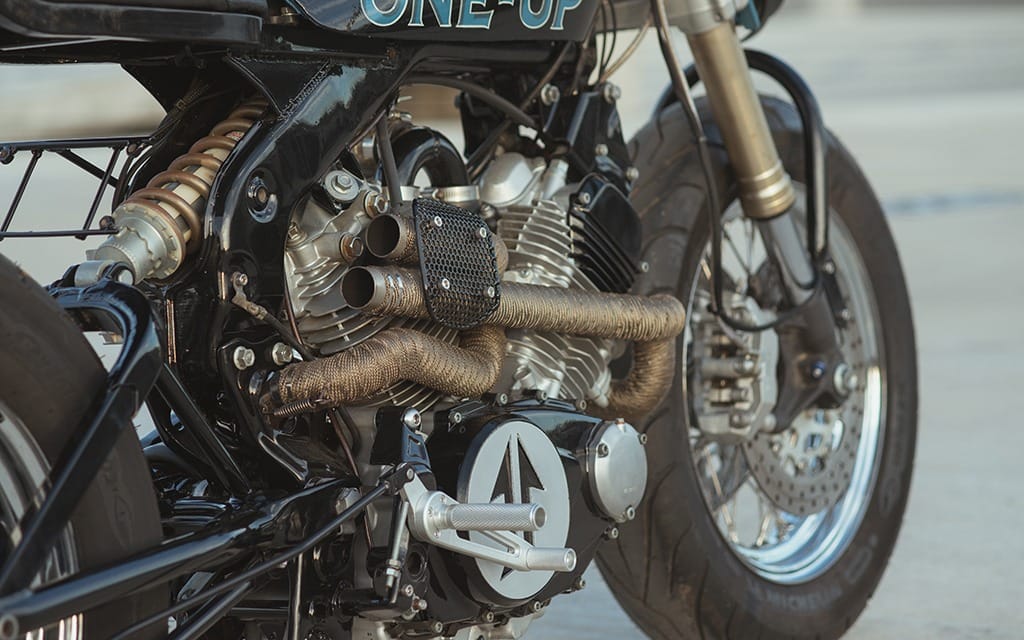 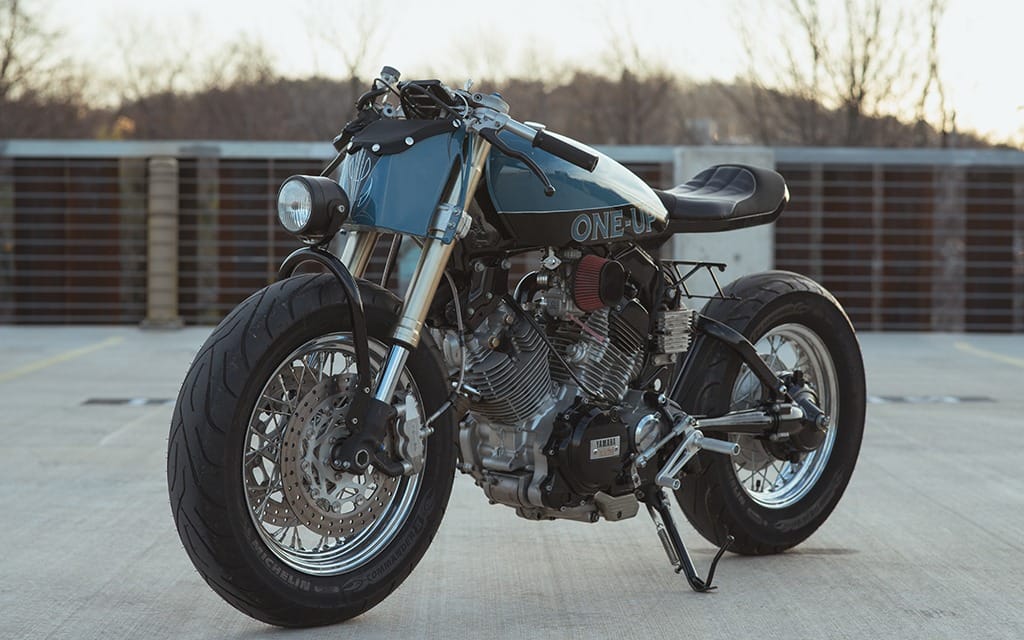 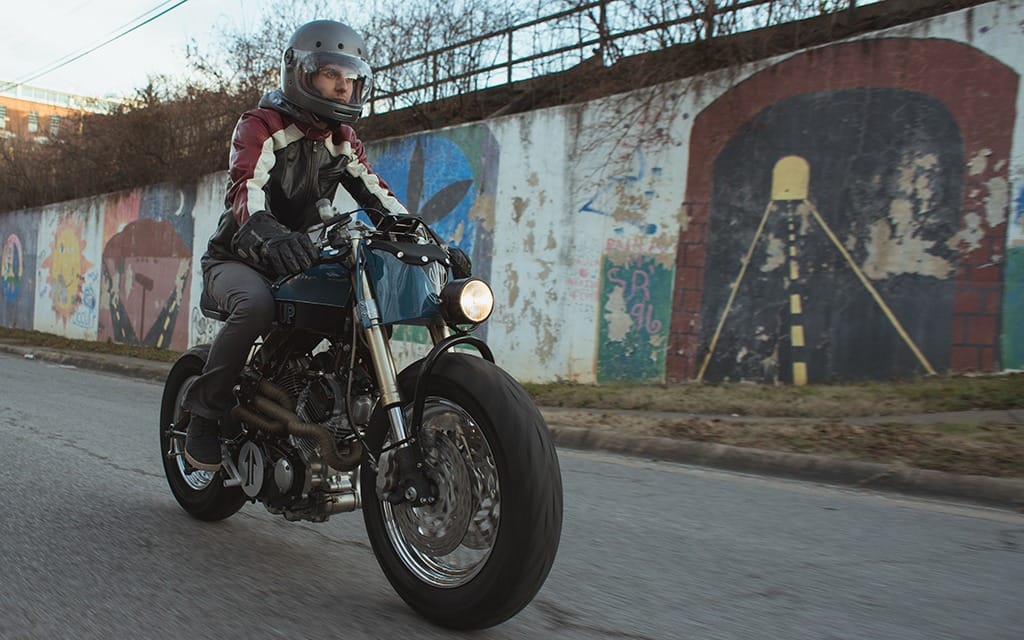 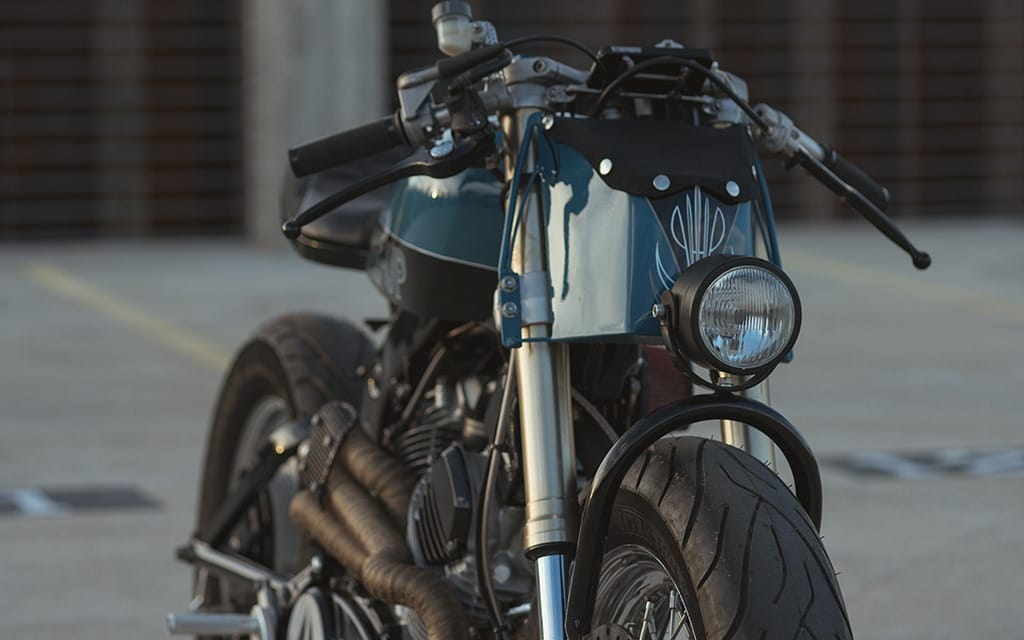 Rare Virago was a platform for uniquely appealing custom

The 1980s yielded such horrors than just Margaret Thatcher, the Iran-Iraq war, and permed hair — but worst of all the decade-of-decadence introduced Yamaha’s Virago line of motorcycles. Porky, uninspiring to ride, and with styling verging on the offensive, Viragos have nevertheless become favourites of the custom scene over the last 10 years. And now Arkansas’ One-Up Moto Garage has turned to the most forgettable of the forgettable lineup, the little-known Virago 500.

The 500 was only in production for a single year before it was surpassed by the similarly awkward XV535. But that rarity was part of the appeal for head protagonist at the shop Taylor Art. “I’m a sucker for uncommon bikes,” he says, “so when the opportunity arrived I couldn’t pass it up.” That opportunity was a shed-find XV500 with only 2,200 miles on the odometer. It’s no Brough Superior stashed away, but that’s what our generation’s barn finds are going to look like.

Without any overarching plan for the motorcycle, the first thing to get crafted for the Yamaha was the headlight and faceplate arrangement by a friend of One-Up, Will Height. And it’s a tidy little number and not just for looks, with the faceplate concealing a storage area and USB socket. The socket is practical and necessary, with the bike running a phone-mounted speedo.

Underneath the headlight things get trickier. The front end was the most challenging part of the build, says Taylor. “It’s a culmination of several different bikes, GSXR forks and triple, CB750 hub, Harley rim, ZRX12 rotors, custom rotor and wheel spacers, triple, and wheel bearings.” Phew. The rear wasn’t much easier, with the shaft drive limiting choices to make both ends match up. They swapped out final drives and hubs and got a spoked rear from an XV535 to fit.

Behind the front, the subframe was cut and altered under a new single-seat pan, while the wiring was shifted up and stashed under the fuel tank. Keeping the Virago thumping along is a one-off stainless steel system and single carburetor setup replacing the standard clumsy twin carb arrangement.

It’s all topped off with an understated paint scheme by Eric Snodgrass, Taylor’s go-to guy for automotive paint. ”He’s been my artist for several builds now,” Taylor says. “And for this one I gave him free rein to ply his trade and make something that he loved.” The result is a beautifully demure blue and black number, with the drop shadow and pinstriping reminiscent of a ’50s hot rod.

Understandably, Taylor is proud of the build “This bike was inspired by the self-perpetuating drive I have to always produce the cleanest, smoothest, yet sharpest bike to roll out of our shop.”

The only thing worse than 1980s Harley-Davidsons are fake 1980s Harley-Davidsons. But builders like One-Up Moto Garage help prove me wrong. They’ve managed to cut, shut and fabricate the little Yamaha 500 into a beautiful little custom that seems effortlessly good-looking. Check your barns.