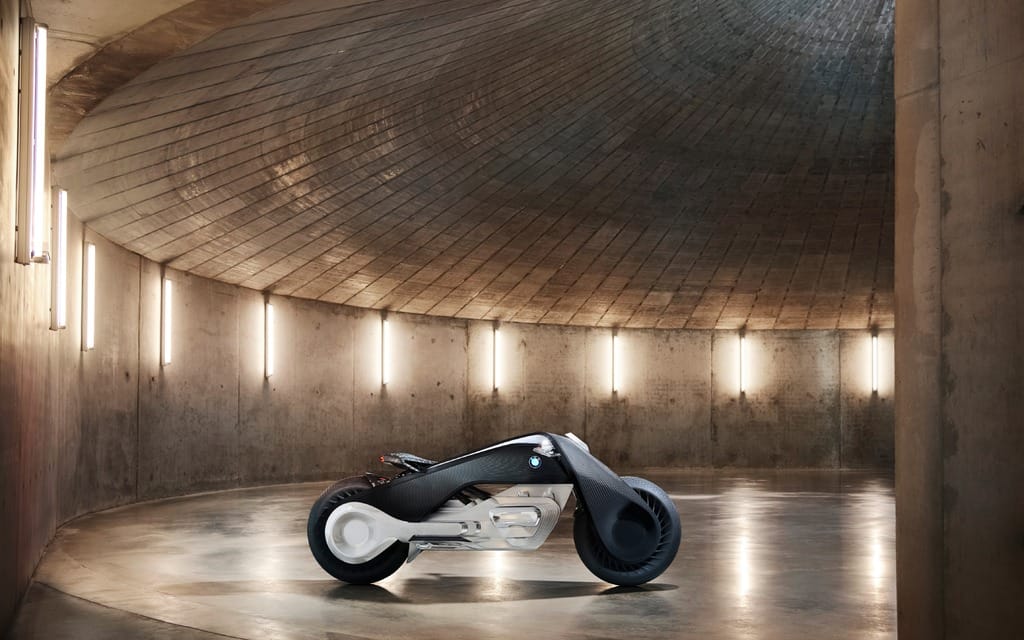 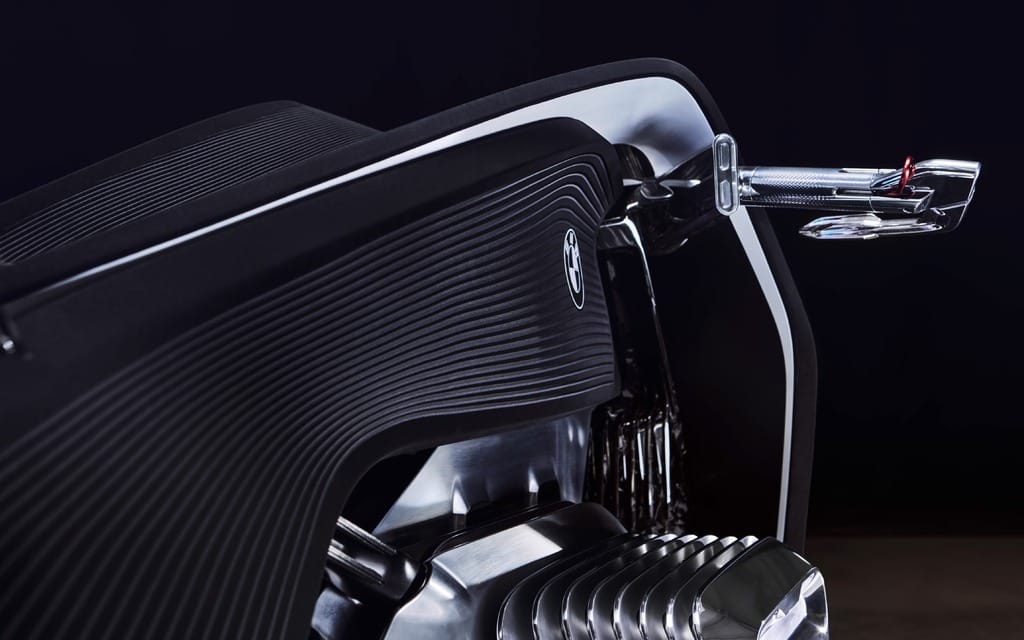 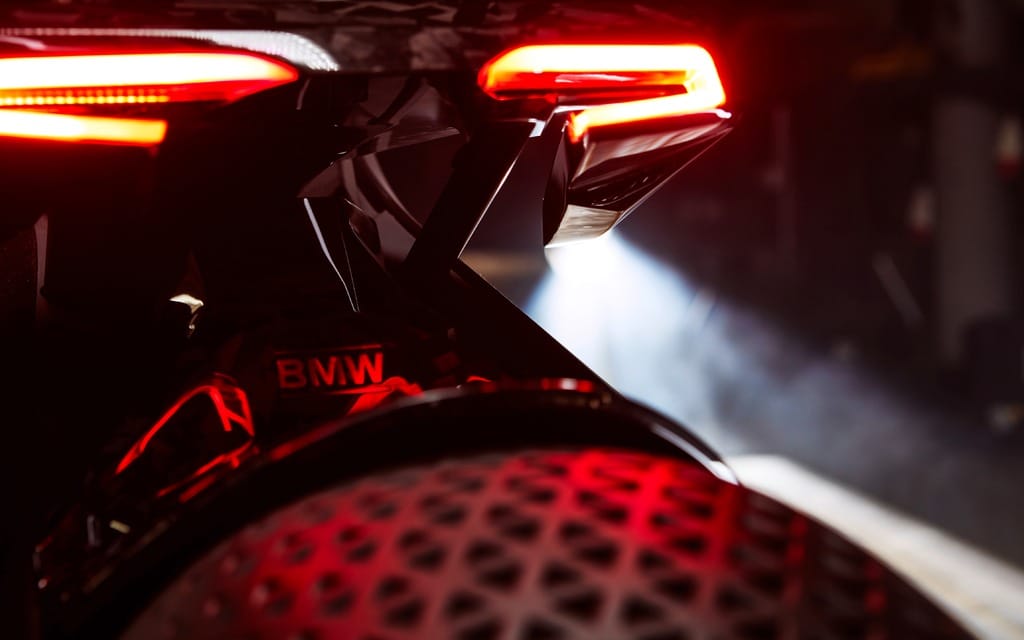 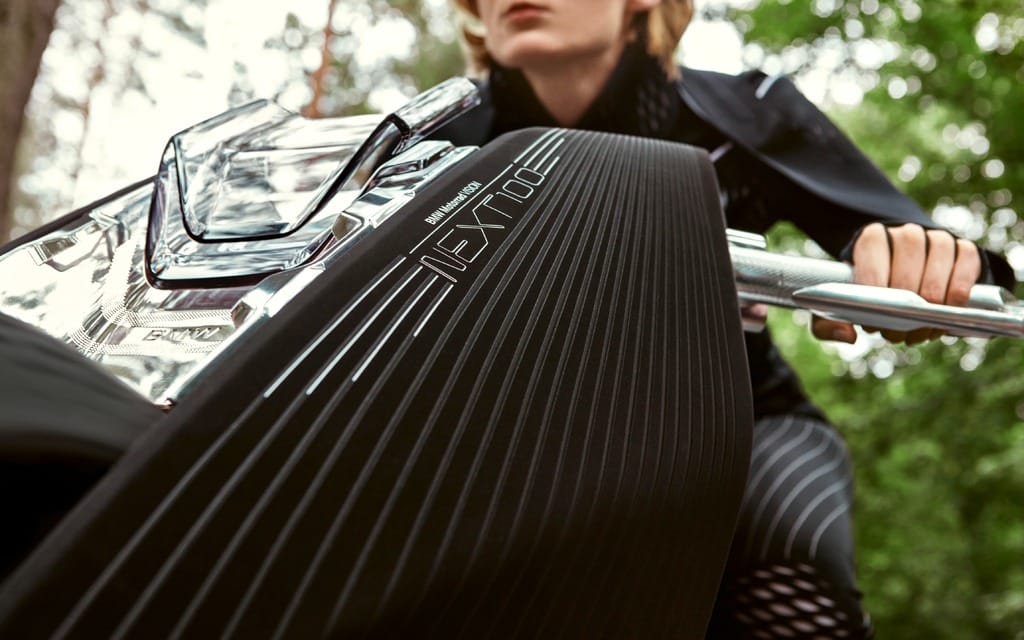 BMW Motorrad eyes a future of safer riding
The desire to explore and discover is rooted in human nature. Individual mobility is a guarantee of freedom and meets the needs of people in their everyday lives. In a changing world, mobility as we know it must also evolve to meet the constantly changing needs of modern society. New solutions must be invented. BMW wants to be part of the solution and invited the international press to an event where it would expose its vision of mobility for the future.

When a giant like BMW decides to take the means to share its vision of the future for motorcycle and automobile, the means available have nothing in common with those that are usually used for the launch of a new model motorbike.

I don’t know if it was to put the problems of mobility in perspective but BMW Motorrad, the motorcycle division of BMW, held this event in Los Angeles where trafic is so dense, we needed trafic apps like Waze to avoid being stuck on the road for hours. Making us wish every car and motorcycles was connected, telling us where to go to avoid trafic jams.

The event was called “The next 100 years” and BMW wanted to take the opportunity to tell us about its history and especially its vision of the future of mobility and the increasingly close link between vehicles and technologies and those in the cockpit or the rider’s seat. Many of the big cheeses at BMW had made the flight from Munich to talk to the press. As an appetizer, we first went to the Petersen Automotive Museum located in downtown L.A. where they unveiled the new BMW K1600B, the first bagger ever built by BMW.

Later, we were asked to put our cell phones and cameras in a lockup before entering a room where we found a new BMW GS310 Adventure and a new scrambler model called Urban Enduro, which should attract a lot of attention when it comes out. These models were subsequently released at the EICMA show in Milan.

The next day we had an appointment with a vision of the future. This second part of the event was held in a huge airplane hangar in which a large circular stage was fitted. The many BMW executives started by sharing their vision of the future for the BMW Group and its brands. In a sign that we were attending a very global event, presentations were simultaneously translated into Italian, Mandarin, French, and Spanish. We were able to get a glimpse of the futuristic concepts for all the BMW brands like the Mini, Rolls-Royce and of course BMW cars.

But the highlight of the show and the object of this grand presentation was the bike of the future. BMW produces nearly 137,000 motorcycles per year and expects to produce more in the future. Edgar Heinrich, head designer for the bike project, presented his concept after a masterful entrance of the prototype bike that a tall, blond and elegant woman rode in on. Was I impressed? Mais oui!

After dragging my attention back to Heinrich, we were treated to a thorough description of what the R&D team at BMW came up with.

Heinrich: “What is a motorcycle? A way to move, yes, but above all a way to escape, to reconnect with yourself and with nature. On a motorcycle, you feel temperature changes and you can smell the scents in the air. You are part of the environment rather than watching it through a window. BMW wants to go further by integrating technology into all facets of the bike and its equipment and even onto its rider. We want to give an analog experience in a digital world.” Poetic, bold and empowering for a constructor known for its rationality.

Everything on this concept bike exudes modernity. It even looks like the Tron movie motorcycle, with fewer lights. It is a vision of the future with a design rooted in the past of the German brand by clear visual references to the R32, which gave momentum to motorcycle production at BMW in 1923.

What strikes first is the black carbon fibre frame. According to the designers this framework would get rid of the typical suspension because the variable-flex frame could react as a suspension. No need to adjust the fork’s rebound and preload; the motorcycle could adjust these variables automatically, depending on your riding style and experience. Everything will be analyzed in real time by a series of sensors and other electronica.

Seeing the many drivers who text while driving on the L.A. area highways, I wondered if all this embedded technology will bring a greater freedom of mind for motorcyclists of the future. I think the answer to that question is positive because when the rider and his motorcycle get more information on road conditions, weather, traffic, and other data, a new and higher level of safety is reached.

Among the most impressive gadgets on the bike of the future concept presented at the event, BMW engineers managed to install a gyroscope that allows the rider to rest his feet on the footpegs when at a complete stop. This is only the tip of the iceberg because the gyroscope will also warn the pilot of any riding error that could exceed the physical limits of the bike. Another means by which BMW wants to make the riding experience safer.

And safe this motorcycle will have to be if, as BMW suggests, the rider of the future will be helmetless and without any other form of head protection beyond a clear and wide lens. This lens will not be a simple pane of Plexiglas but a head-up display offering the driver all the information he needs during a ride. He will then have in his field of view all the data on the state of the road ahead, weather forecasts, incoming calls or even virtual arrows lining the curve line. For example, a beginner rider (or even a more experienced rider) could use this system to have pointers indicating the proper line through a corner.

But where the integration of technology is still almost absent is in the clothes we wear. We have seen airbags in racing suits or riding jackets but we haven’t seen riding gear that can literally scrutinize metabolic signs to make sure you are fit and comfortable. The sexy rider that rode in on the concept bike was wearing a concept suit, which in finished form could incorporate new technologies into a lightweight, comfortable, and in this case fitted form.

This combination will of course offer protection in vulnerable parts but these protections would be of the reactive type, a bit like an airbag. We already have seen some manufacturers such as Dainese and Alpinestars or Helite offer different variations of an integrated airbag or padding that hardens on impact and BMW intends to innovate in this area.

The suit of the future could also be reactive and analytical. It could for example warn the driver with a vibration on the elbow if the bike is too tilted in a curve or if the rider isn’t adopting the proper speed to enter a corner or even a speed limit zone. It could also analyze the physiological data of the rider and calculate the body temperature and cool or heat areas where rider temperature isn’t optimal. It can also alert medical services in case of major discomfort or crash by uploading the physiological data of the fallen rider to emergency services.

The task of exploring how we will live and move in the next 100 years is as demanding as it is interesting. How will society, economy, living conditions and consequently our mobility evolve? What opportunities can technology concretely create? How will connectivity and digitization influence how we move and our needs for transportation? What will we ask of our vehicles and what will they provide? More security, more comfort, better control, enhanced predictability?

These are all valid questions that we can ask ourselves when we stop to think, analyze the progress made and see the virtually endless opportunities offered by evolving technologies. These are questions that BMW decided to explore with its four VISION vehicles from BMW Groups: Rolls-Royce, Mini, BMW and BMW Motorrad.

The devil’s advocate may say that these technologies are not necessary and that a motorcycle with too much technology replaces the essence of the motorcycle, simplicity and pleasure in an analog experience, with a soulless digital one. As in any evolution, some will be against any changes to status quo while others will embrace change. Let us remember the advent of ABS brakes, airbags and other technologies that have quietly made their way into the automotive world and then quickly found their way to two-wheeled vehicles. It is then not difficult to make the link between the blind-spot sensors in our car or even the famous head-up display that avid motorcyclist, scientologist, and actor Tom Cruise used in the Minority Report science fiction movie.

Is all that technology necessary? Absolutely not. Is it useful? Surely. We cannot blame BMW for trying to develop the bike of the future and seeking to increase security to the level where one will not need to wear a helmet. As BMW Motorrad president and CEO Stephen Schiller said, in a constantly evolving world, the only thing to do to remain a leader is to keep innovating. If BMW plans to produce 220,000 motorcycles annually by 2020, the future is closer than we think. Obviously no release date was given for the motorcycle that was presented at the Next 100 years event but from what we could gather, we will see bits and pieces of some of these ideas appearing on different models in the coming years.