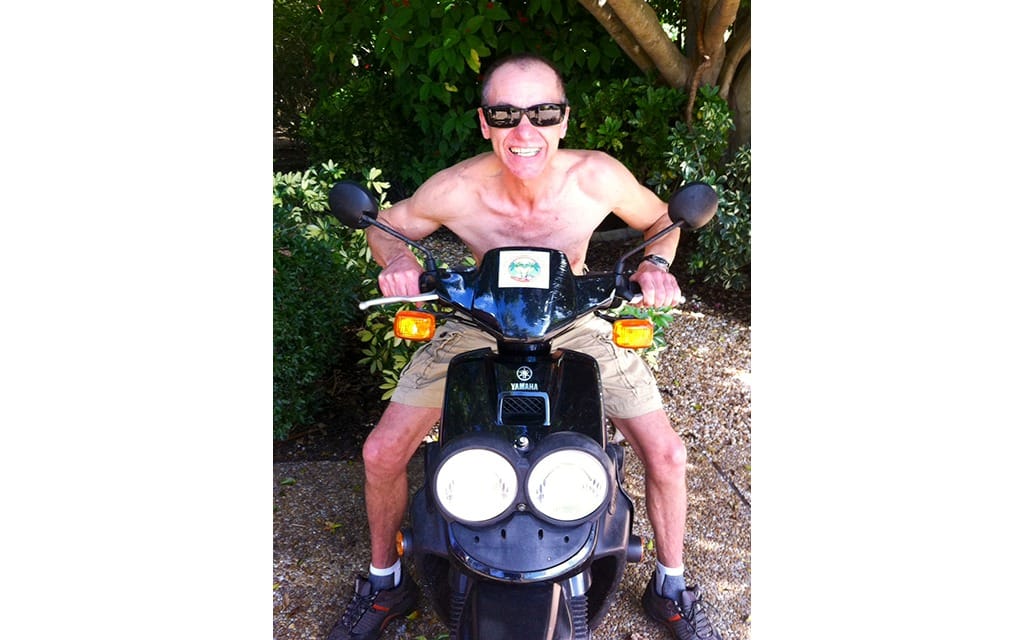 It was early fall 1977 when a green Kawasaki motorcycle pulled into my parents driveway on Center Street in the city of Cambridge, Ontario.

The rider got off the bike and when he removed his helmet it turned out that he was my best friend John Vandervoort from up the street. He had this huge grin on his face. “How do you like my new bike?” he asked.

Ten minutes later I was on the pillion seat holding on for dear life as John ripped through the gears and our neighbourhood like an absolute madman. Was I scared? Yes I was, but I also felt a tingle and thrill running through my body like I had never felt before!

Two weeks later John told me to jump on the back of the bike and we went out to the parking lot of the African Lion Safari, where he jumped off and asked if I would like to ride the bike. That day I rode a motorcycle for the first time with Voortman on the back and not much instruction.

Accelerating was not much of a problem but gearing down and slowing the bike was something else. After locking the rear wheel up a few times and suffering through some kidney punches from John (it was his bike I was abusing, after all) I got the hang of it and was hooked.

That winter I worked as many hours as I could get at my part time job at Miracle Food Mart and saved every penny that I could find. Every night I fell asleep dreaming of motorcycles and riding.

In early March of 1978 I walked into the Kawasaki Place on Water Street (long since gone) and made a deal on a 1978 candy apple red Kawasaki 400 two-stroke triple. I was in love. A week later I picked it up and rode it home insured but not licenced (it was too early in the year for motorcycle testing). My mom cried and my dad was not very impressed but I was allowed to keep the bike and stay living at home.

We spent that whole summer riding around the city and practising our riding techniques, learning how to do burnouts and wheelies. We even took them out on the dirt bike trails that summer. The laws were a little more lax than they are today and we seemed to run into decent cops more often than not. We were lucky, both John and I, to have survived the summer of 1978 relatively unscathed—we were young, inexperienced, fearless, and riding very quick but poor-handling machines. It was one of the best times of my life, and by the end of that summer we thought we were pretty good at riding and looking cool while doing it.

Over the winter of 1978 and ’79 I had the bike ported and polished. I then had handmade Gary Wolfe expansion chambers, carbs from a 500, individual KN filters, and, to handle the extra power, a clutch from a KX 250 installed. The bike was an absolute animal now but didn’t last very long. John’s bike didn`t last much longer—we didn’t really know much about maintenance or repairs, but these bikes fuelled a life-long love affair with motorcycles and I still get all warm and tingly when I think about that two-stroke Kawi!

Forty years later John still rides dirt bikes and can`t stop himself from buying another each time he sells one. His last bike was an immaculate Honda Elsinore from the 1970s.

My daughter is licenced and rides, my son rides, my son-in-law rides, and my granddaughters aged four and six are learning on a Honda CRF50.

So thanks John—without that first hit in 1977 I might never have found my drug of choice. It’s been a lifelong addiction.