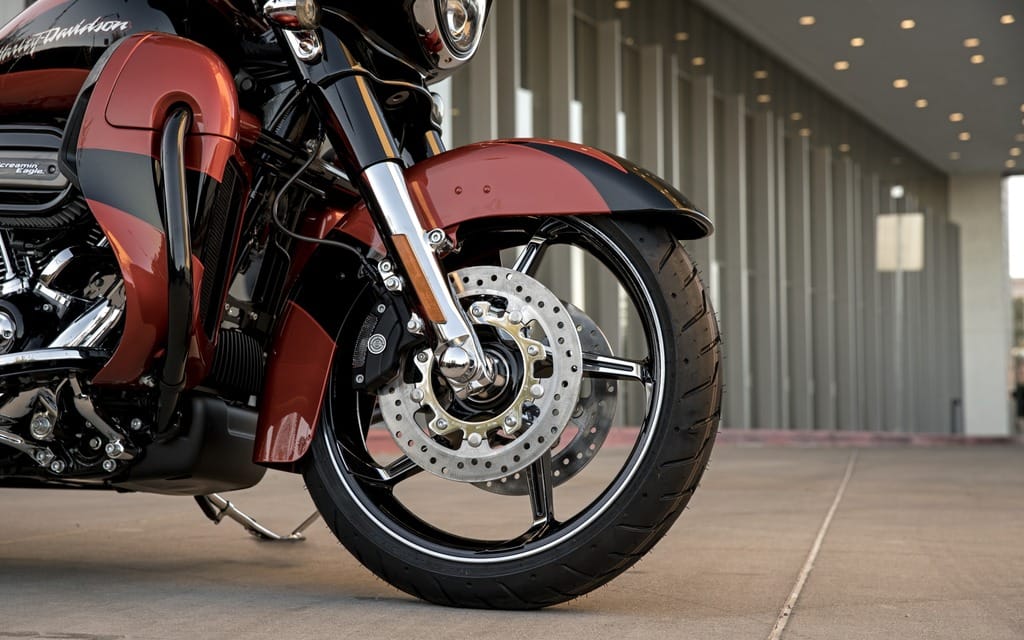 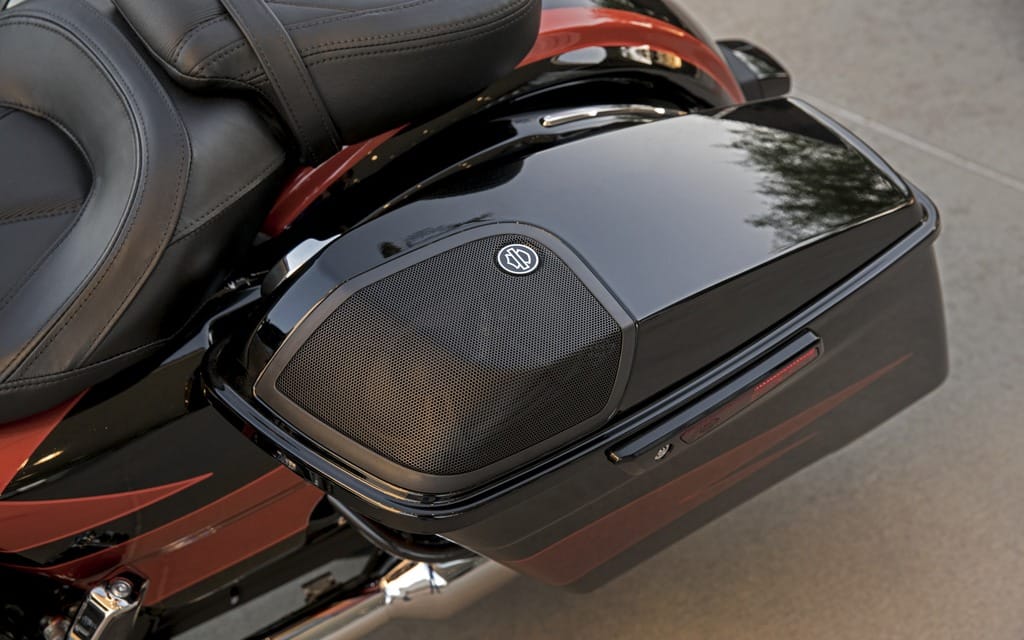 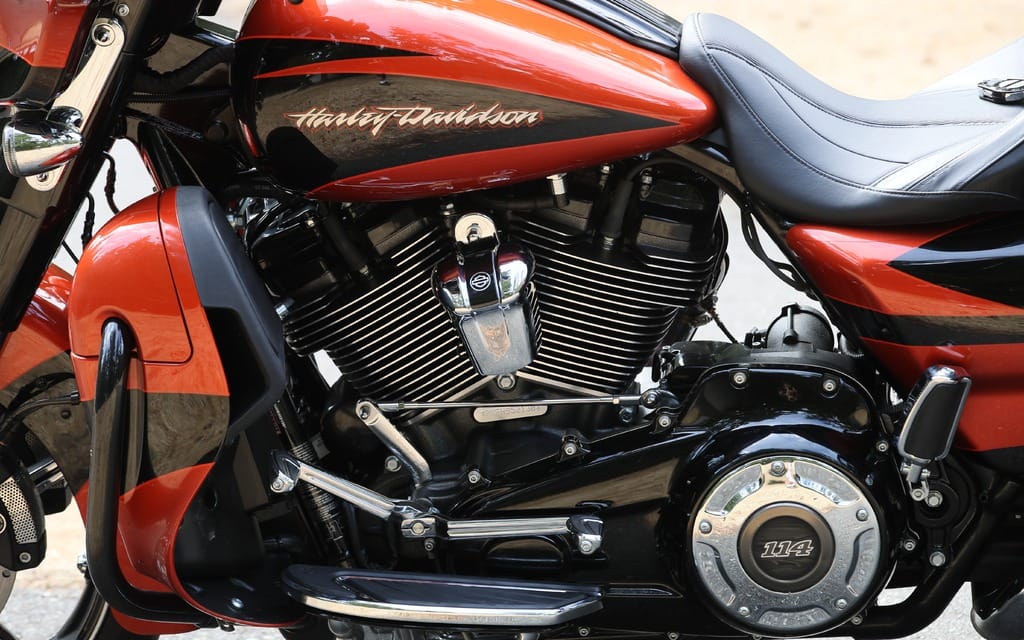 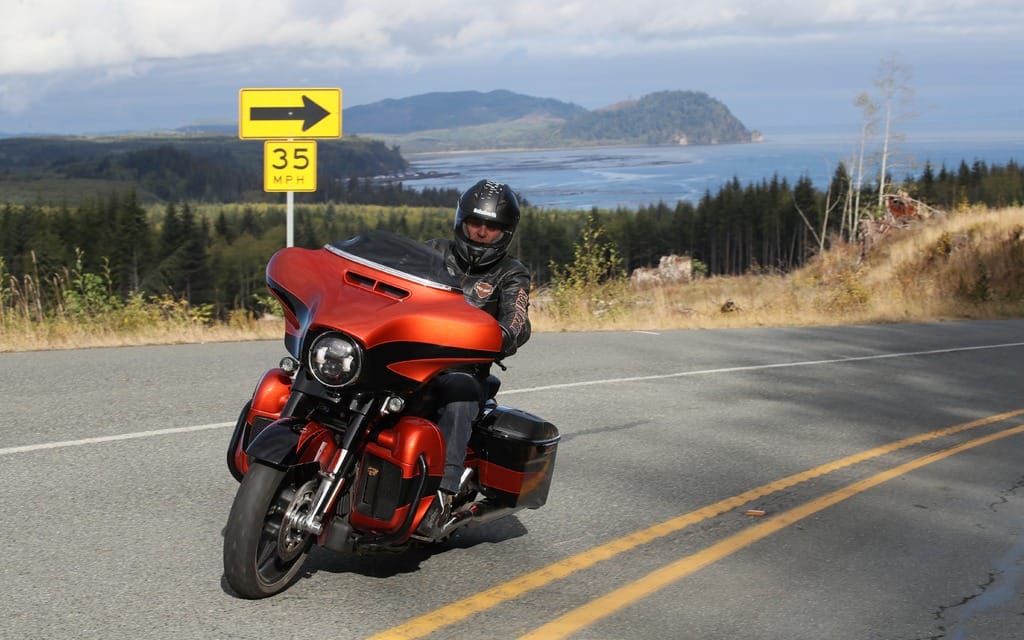 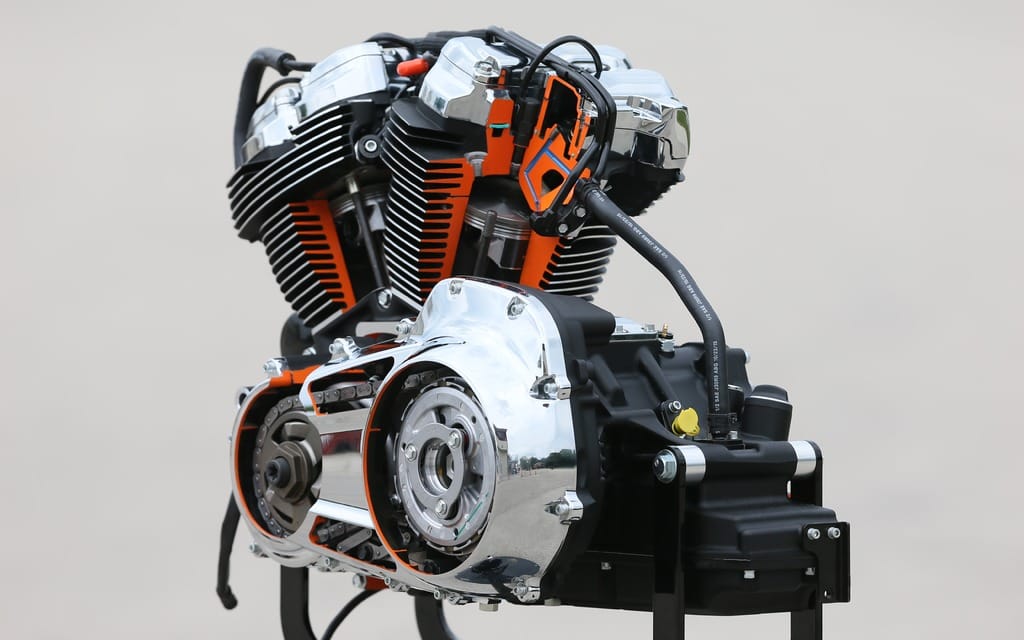 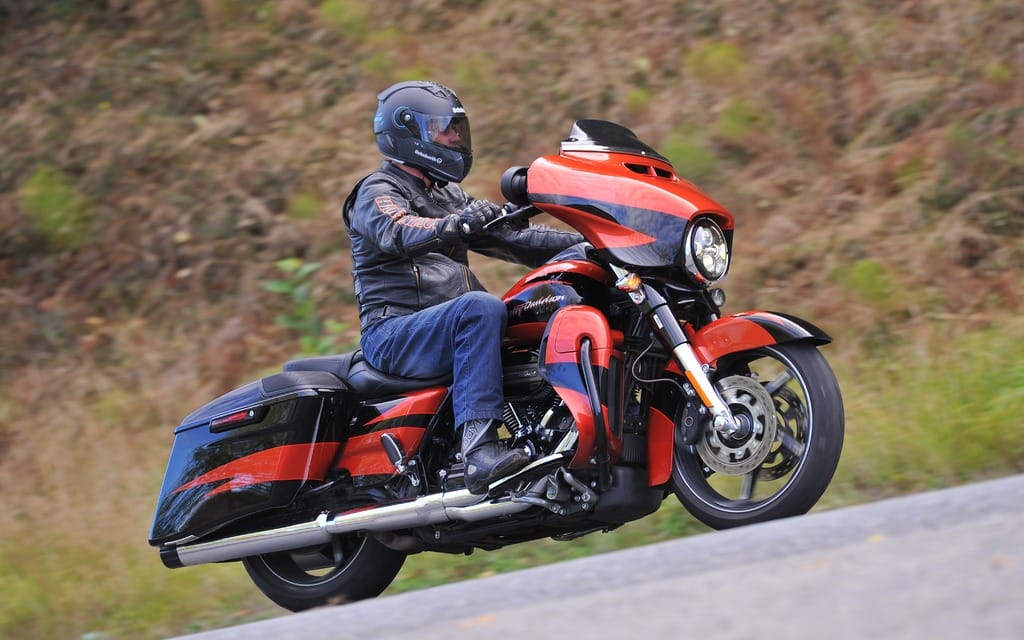 2017 Harley-Davidson CVO Street Glide: Rev it like you stole it

8-valve Vee makes power from the ground up for new CVO
I don’t care who you are. You might be a dedicated superbike owner, scoffing at cruiser riders as geriatrics. Maybe you’re a Honda fan, taken by the world’s largest motorcycle manufacturer’s incredible blend of reliability and sophistication. You might even be a cynical Harley-Davidson owner, so hidebound in tradition that anything new — let alone a whole new powertrain — is cause for alarm. I don’t care. If you ride one of Harley-Davidson’s new CVOs, you’re going to be blown away by its new 114-cubic-inch — that’s 1,868 cubic centimetres, folks — Milwaukee Eight engine.

A little overview of the M8: It’s basically an all-new powerplant from the ground up. The transmission remains essentially the same, but the rest of Harley’s trademark V-twin has been studiously revamped. The old “twin” camshafts have given way to a single chain-driven affair. The crankcases are narrower so that, despite seat heights on many models remaining the same, those short of stature can feel more secure at stoplights. Some models — including the CVO Street Glide tested here — have air and liquid “Twin Cooling.” More importantly, the exhaust system, oxygen sensors and catalytic convertor have been rerouted away from the rider’s legs so that the dreaded “heat soak” at stoplights doesn’t cook lower calves.

The big news, however, is the addition of four power-producing valves (for eight valves in total) along with — in the case of the Custom Vehicle Operations models — a boost to those aforementioned 114 cubic inches. Harley-Davidson is fairly modest in the claimed increase in performance, claiming just 10 percent more torque. That, however, takes the total to an extraordinarily stout 124 pounds-feet of torque at 3,250 rpm. Stump pulling doesn’t begin to describe the low-end grunt.

And though Milwaukee never trumpets horsepower figures for its big twins, submissions to the U.S. Environmental Protection Agency suggest the biggest M8 pumps out something like 100 horsepower, a far greater improvement than the aforementioned 10 percent. It’s hardly surprising; the extra valve gear— reportedly bringing 50 percent more intake area—should have a far greater effect on high-rpm horsepower than on low-speed torque. Indeed, I suspect much of the torque improvement has to do with the increase in cubes.

Whatever the source of the increased power, the biggest difference one feels in the new Milwaukee Eight engines is how eagerly they rev. CVO’s twins have always been powerful, their throttle response immediate. But, now, they not only pull hard off the line, but rev out like a metric motor. In fact, the biggest problem I had with the M8 was continually running into the rev limiter because I was riding the throttle like a sportbike’s (it’s worth noting here that Harley’s cut-out is quite sophisticated compared with the abrupt rev limiters of other makes that control maximum revs only by cutting the ignition and/or fuel injection; HD’s system first retards the ignition timing, then cuts fuel and finally, if the abuse continues, closes the throttle plate).

Part of this newfound eagerness to rev is that Harley’s big twin is smoother than ever, Milwaukee’s engineers virtually eliminating high-rpm vibration with a new counter-balancer. But don’t worry, it’ll still shake, rattle and roll like a Harley should at idle, the company deliberately keeping some of the “personality” everyone expects from a 45-degree twin. Actually, it doesn’t rattle quite as much, the new clutch, counter-balancer and revised transmission reducing much of the thrashing going on inside the engine. Harley-Davidson then uses the reduced internal decibels to increase intake and exhaust roar while still remaining legal. Yes, you get more power and sophistication, and still get to be more of a badass.

On the open road, the CVO Street Glide is punchier than ever. Indeed, it’s hard to think of a traditional cruiser than could keep up. Rev it hard or lug it down low; it doesn’t matter. The 114 c.i. Milwaukee Eight is equally comfortable with both. Downshifting a gear — or even two — to pass long trucks is a thing of the past. Chug through corners at 1,500 rpm in sixth all you like because, thanks (again) to that new counter-balancer — and more consistent combustion from the new twin-plug heads — the big Milwaukee Eight is smoother than previous Harley twins when chugging along in top gear. It is also, as previously mentioned, sufficiently cool-running than even a long red light in Death Valley shouldn’t bake your lower regions.

Harnessing all this performance is some thoroughly revised suspension. Showa’s new “dual bending valve” fork makes its first appearance on the 2017 models and it dramatically improves high-speed compression, resulting in much smoother travel over large bumps. In the rear, there are some new emulsion shocks and, even though their travel isn’t much increased — there’s but 55 millimetres of wheel movement in the back compared with 117 mm from the new front fork — their compliance is. And, to make riding more convenient, there’s now a little rotary knob — with 23 easily quantifiable positions — to manage preload.

The Street Glide’s brakes have also been updated, a new Bosch controller revising the ABS and electronic brake-force distribution which — and I’m guessing that few actual Street Glide owners will actually put this feature to the test — can be trail-braked deeper into corners. Much more important is that the front calipers remain of the Brembo four-piston variety, which, combined with 300 mm floating rotors, means surprising initial bite and enough power to haul the big 393 kilogram (858 pounds!) tank down from now higher speed.

Other aspects of the Street Glide’s CVO-ness remain much the same. The seat height remains low, at 690 mm. The stylish cut-down shield is still made passably comfortable because of the (adjustable) air vent. Recent changes to the latching mechanisms make the traditional-looking saddlebags more user-friendly.

Likewise, the details — from the chrome-work to the paint — are still impossibly blingy. The Boom! Stage II stereo is powered by two 300 W amplifiers, so the audio system is almost as powerful as the engine. And Harley’s touchscreen infotainment system is as user-friendly as any in the motorcycle biz, though, as other competitors start to add their own infotainment systems, Harley may have to increase the size of its touchscreen to keep up.

But, if you want to find serious fault with Harley’s latest CVO, you have to go to its price sheet. All this newfound performance and civility takes a lot of loonies: 44,899 of them, in fact. That, no matter the allure of deeper paint, chrome doodads and more powerful engines, is a whole lot of money for what remains, despite its exclusivity, a mass-produced motorcycle. Indeed, if Milwaukee’s past marketing ploys are any indication, wait a couple of years and the 114-inch version of the Milwaukee Eight will start filtering down to lesser — as in much less expensive — Harleys. You might not get all the bling, but you will get to enjoy the best engine Harley has ever produced.