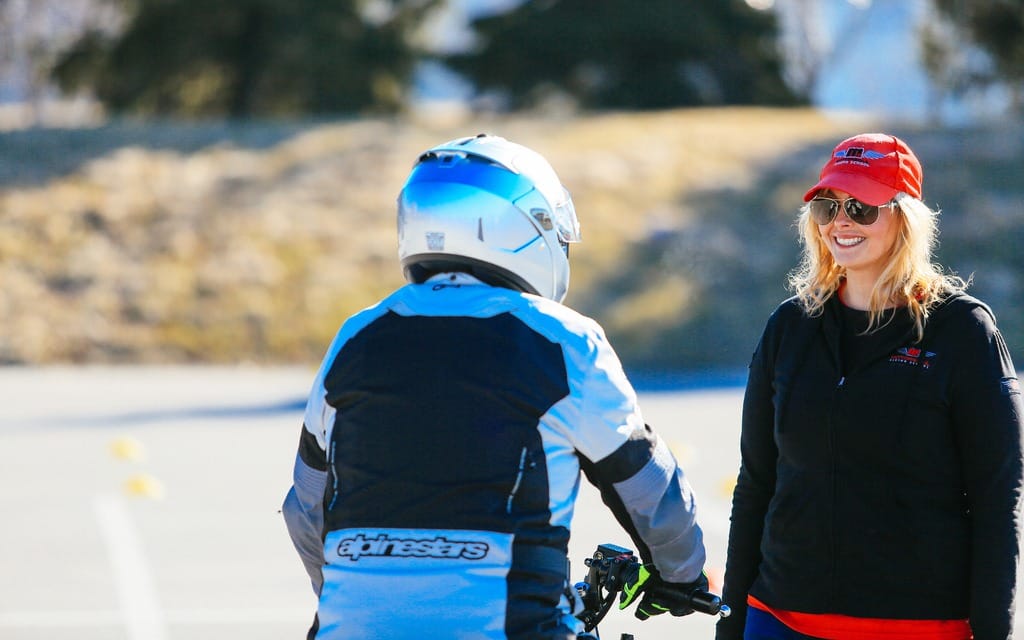 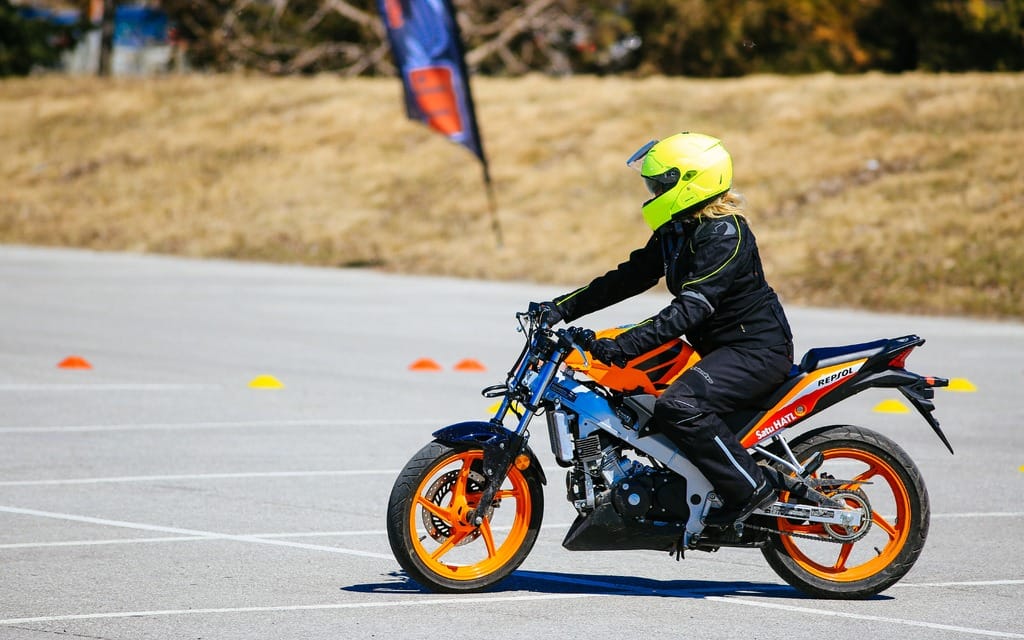 Riding smart is a matter of brains, not balls
Do women make better motorcyclists than men?

Hard to say, but it’s possible, and it seems obvious, at least, that women make different motorcycle riders than men. It’s fair to state that female riders tend to be less aggressive than male riders on the street. Men, you could say, ride from the gut; women ride from the head. At least, that’s what Ginny Allen thinks.

That’s not to say that men never think when they ride or that women always do, but in general, female riders tend to think a little bit more than men do before reacting to a situation. Says Allen, anyway. “Men and women process information differently, so (a riding lesson) needs to be delivered in a different way” for each sex. With that in mind, Allen started the Motorsoul Riding School in Toronto in 2013. She didn’t come out of nowhere: she’s a licenser and examiner for the Transportation Ministry (MOT), has taught in other schools, and is a “motorcycle demonstrator rider” who certifies the people who certify you for a driving licence. Which is to say she’s got credentials up the ying-yang.

While she was teaching at other schools, she says, Allen thought she “could do it better.” Allen was at the Motorcycle Supershow in Toronto in January with a booth, along with quite a few other riding schools. There are, it seems, a lot of riding schools in the Toronto area. They are approved by the MOT, and they are skilled at what they do. It’s not the qualification of other instructors or schools that Allen thinks needs rethinking, but the process.

“The problem is how the program is written,” she says. “The problem is what they’re teaching from. The programs are written by men, I believe, for men. That’s just my opinion, but that’s what’s out there. Me being a female who wrote her own program, I have a different perspective.”

She says the Motorsoul program is not geared specifically to women, but an innate understanding of how women approach motorcycle riding influenced her as she developed the programs. “Typically, the first level of the M2 course is how to operate a motorcycle. That’s part of what’s needed, and I do that, but I carry it further. You need to know the basics, but then you need to know what you’re going to do once you leave the confined, controlled parking lot.”

She says inadequacies in general training are “reflected in the accident rates.” Something, she says, is not working, so change is needed. “I’m trying to do my part in making this change happen.” What’s she doing differently? She claims it’s all in the amount of information that riders leave the school with. “I believe my riders are leaving as smarter riders with more skill and are much more prepared to go onto the street with larger displacement motorcycles. Because that’s (riders will move up in motorcycle size) the reality. The best I can do is arm them with the skills and the knowledge to be safe out there.”

Of course, that’s the aim of every training program for new street riders in Canada. And while training to avoid emergencies and react properly to dramatic situations is common to all, Allen says she makes her program different by teaching more traffic strategies to riders. “What people don’t realize, which is a fundamental mistake, is that they need to adapt their strategy according to the vehicle they’re operating.” Older riders who have been driving cars for years think that moving to a two-wheeled car is no problem, “and they operate it exactly as if they’re in an enclosed vehicle. And they suffer for it, unfortunately.”

She gives weight to dealing with traffic and with the art of cornering, for instance. “I can’t quote the numbers but a massive amount of motorcycle accidents are single-vehicle accidents in corners. They’re unable to negotiate a corner because they don’t understand the steps involved.” New riders may not get the simplest things, like setting speed before a corner, or hitting the apex of a turn, she says. So in teaching new riders how to think about riding, she also emphasizes development of good skills. We’re not saying that other schools don’t do that, but Allen thinks her emphasis on using your head as a riding tool instead of simply a moveable support for your Shoei is unique to her school. “It’s all about mitigating risks.”

Perhaps another thing unique to Motorsoul is the opposition she says she experienced from other schools when she started up. Opposition that, she says, resulted in police coming around for a chat one time. But those days are, presumably, in the past.

She protests when I ask if the program is specifically for women. Three-quarters of the riding public is male, she says, and like any business person she needs customers. And, in fact, most of her clients are male. As are most of her trainers. Still, she gets more women than other courses do, she claims, and recognition of the differences in learning characteristics between men and women is important to her, and she’s not shy about telling us there are differences.

She says women tend to expect to fail more than men do; they have less confidence when starting out, which is a drawback that she tries to help clients overcome. “I’m all about giving empowerment and confidence to women. I want them to feel confident. It’s a matter of Yes, you can! I tell my female clients that it’s just in your head. You’re starting with the same equipment as everybody else. And once they get that confidence, they can do some pretty fantastic things.”

There are two components to being a proficient motorcyclist, says Allen. “Your operational handling, that’s one. How well can you operate the motorcycle? How good are you with the clutch? Second, and the majority of riders are unaware of this, is in our minds, our strategies. Positioning on the road. Awareness, where and how you look at the environment. It takes a lot more focus to operate a motorcycle safely than a car.”

That’s part of using your head, of course, and for Ginny Allen, it’s a key to safe motorcycle riding and a crucial element to successful instructing, whether the student is a female rider, or a male.