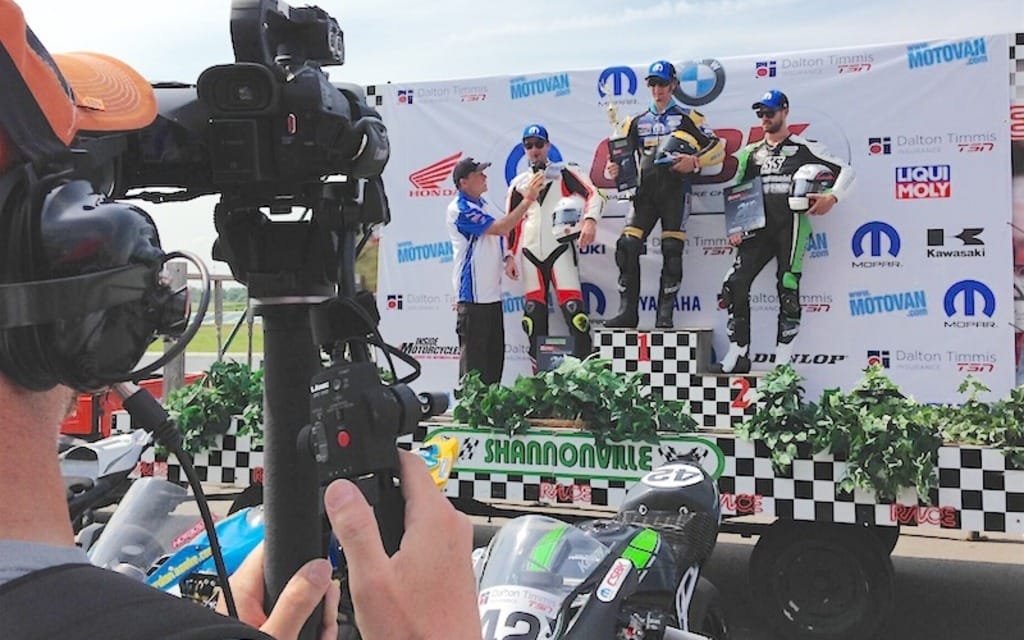 Action from the Mopar Canadian Superbike Championship will again be televised on TSN, Canada’s Sports Leader, in 2017.

Each of the seven rounds will be shown in a half-hour episode and each episode will consist of the Pro Superbike feature race, once again presented by Dalton Timmis Insurance. The programs will be shown as soon as the weekend following each national round.

“Everyone involved is excited to build on our strong start last year, when the Superbike Series returned to TSN,” said CSBK Executive Producer Michael Taylor of Multiple Media Entertainment. “We know that this opportunity will continue to bring Canadian National motorcycle competition to a wide viewing audience and create new fans of the series. We also know that Superbike Feature race coverage on TSN allows our series to be even more accessible to our existing fan base.”

Canada’s premier motorcycle road racing series made its debut on TSN in 1995. Coverage of events in the Mopar Canadian Superbike Championship is also available on the official series website, www.csbk.ca, which over the past four years has provided full video coverage of the Pro Superbike and Pro Sport Bike races, as well as selected other races. Major support for the various video coverage applications comes from Dalton Timmis Insurance, Mopar, Motovan and Magneti Marelli.

Long-time voice of the Mopar Canadian Superbike Championship and experienced motorcycle journalist Frank Wood will handle the race call on the TSN broadcasts. Senior Producer and Editor Judah Purcell, a nine-year veteran of series coverage over several platforms, will lead the on-site team.