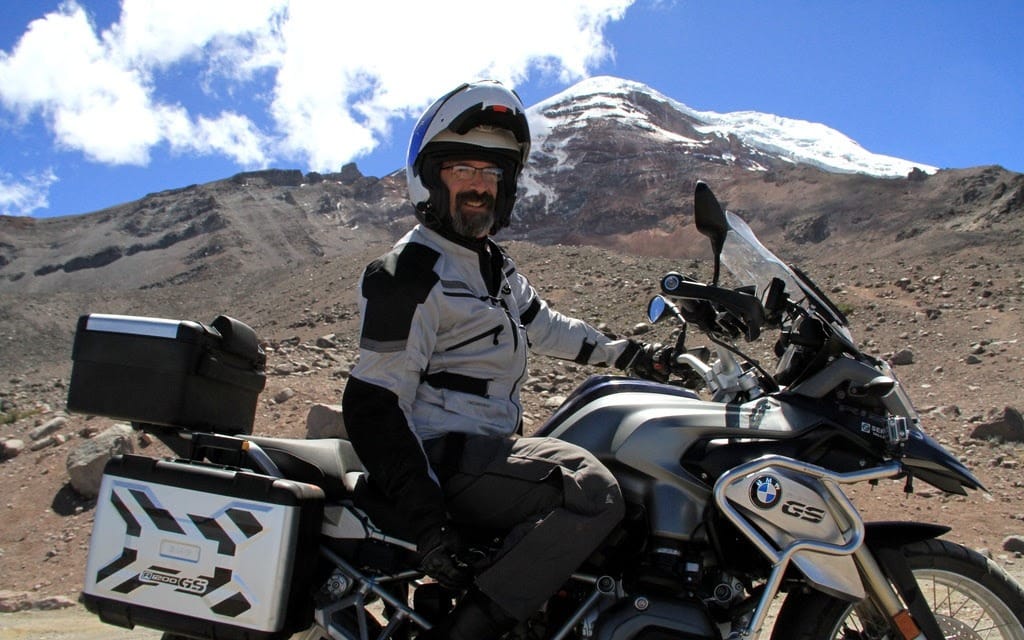 Riding to relieve earthquake and combat victims
Here’s one for the record books: A California man and an Ecuadorian have ridden motorcycles from the point on the planet that’s closest to the sun down to sea-level in one day, and they did it on purpose.

Carl Reese of Santa Clarita is a professional endurance driver who decided to make the ride “to bring awareness to the Coalition of Hope Foundation’s efforts to rebuild Ecuador after the devastating 7.8 magnitude earthquake this past April,” according to a press release. Ecuador, says the release, is “the only place on Earth where Reese and Montero’s world record can be accomplished, as the country is home to Chimborazo, the highest mountain in Ecuador. While Chimborazo (20,548 feet) is not the highest mountain by elevation above sea-level in the world, its location along the equatorial bulge makes its summit the closest point on Earth’s surface to the sun.”

And we thought equatorial bulge was something to be avoided.

The Ecuadorians know how to properly celebrate an astronomical motorcycle ride: “Before daybreak, the record-setting team rallied at Gas Motors in Cumbayá (Quito) where (Interior) Minister Serrano presided over the world record attempt’s opening ceremonies. With the street lined for two blocks with uniformed officers, a marching band played as Reese and Montero were led by a national police motorcade to the starting line atop Chimborazo.”

Reese became “severely dehydrated” just 12 hours before the planned start, so Montero volunteered to ride alongside the American and keep an eye on him in the high-altitude air. “The two became fast friends as they manoeuvred their motorcycles along jagged cloud-forest peaks and hairpin bends, travelling from the snow-capped Andes through a lush, green, tropical landscape to the finish line near the Pacific Ocean.”

They completed the downhill ride in 17 hours, finishing at 10:22 p.m. – only two hours later than expected.

The April earthquake killed 650 people and destroyed 26,000 homes. Reese’s sun-to-sea ride was also made in order to support the Motorcycle Relief Project, which assists military veterans who suffer with post-traumatic stress disorder and other injuries.

Fittingly, Reese wore FirstGear Kilimanjaro Pants for the ride, along with an Adventure Mesh Jacket and Vented Low Boots “to keep himself comfortable and protected from the extreme weather changes during the descent from the top of the snowy Andes Mountains, through the humid jungle, to the cool evening weather along Ecuador’s coast.”

The ride will be shown on Brad Barker’s YouTube channel, “The Ride of My Life,” according to the press release.