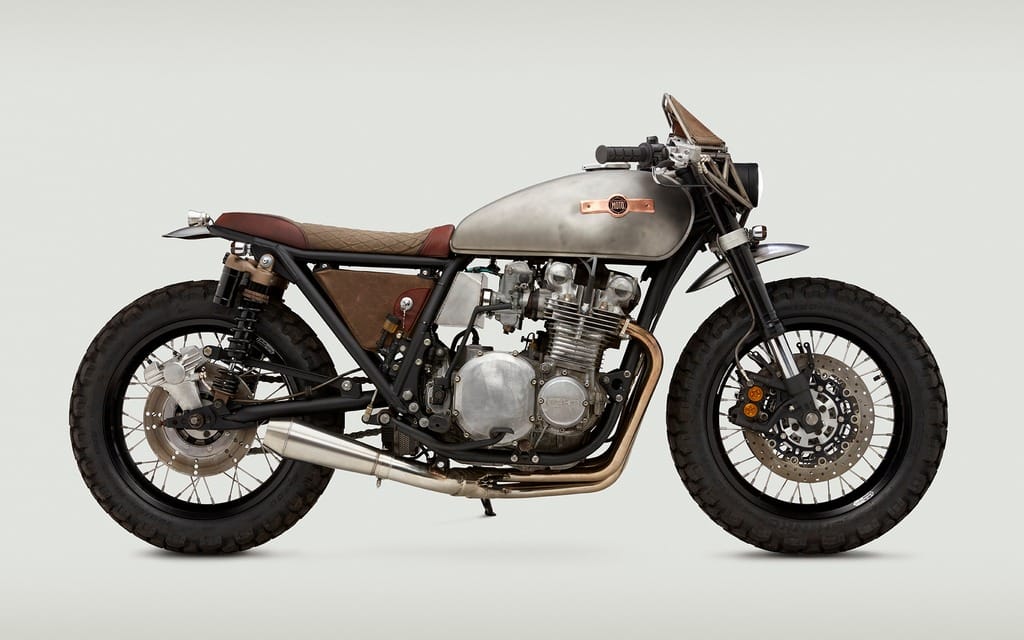 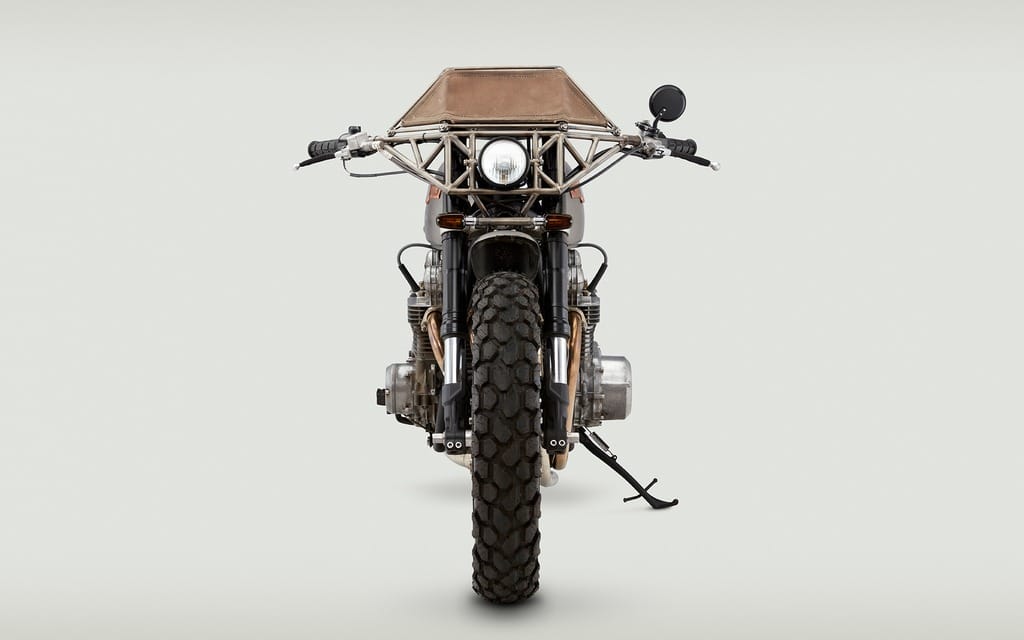 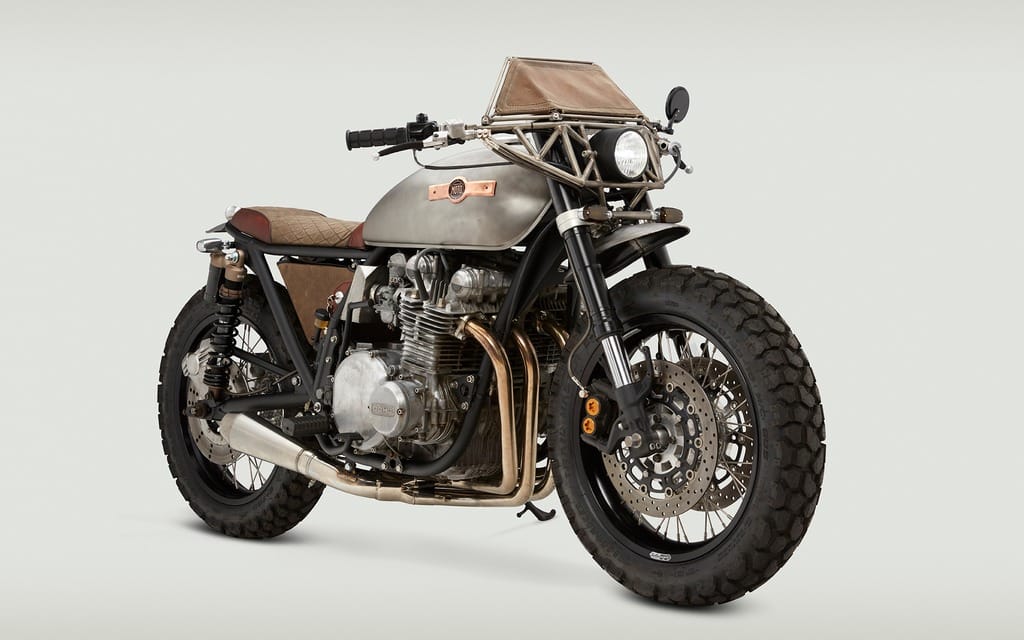 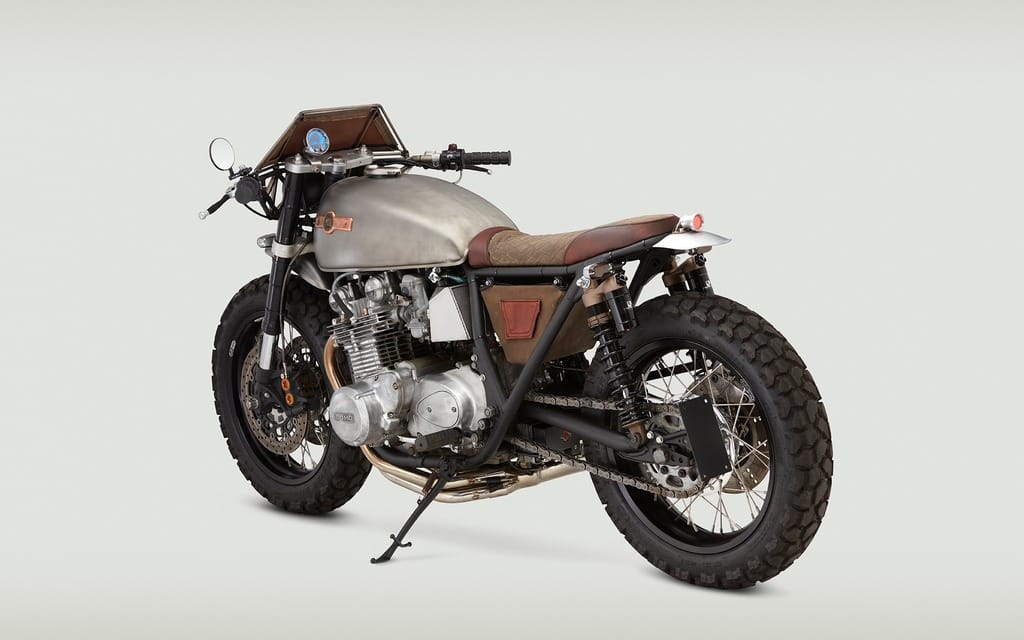 Ever see that custom Honda that Daryl rode in The Walking Dead? John Ryland from Virginia’s Classified Moto built it, and here’s what he did next
Written by Martin Hodgson from Pipeburn.com

Compromise can be a word you just have to deal with in the custom motorcycle scene, either functionality sacrificed in the name of form, or go preferenced ahead of show. Until the ’70s many applied the same logic to the very ownership of a motorcycle in that you could have fast or reliable but you couldn’t have both. That all changed with the arrival of the Kawasaki Z, the fastest thing on two wheels and you just couldn’t break ’em! So when Classified Moto’s main man John Ryland picked out a bike to turn into a custom creation that also had to be capable of taking him on a thousand mile journey he hit the proverbial nail on the head with a 1978 Kawasaki KZ1000. That it also features the unmistakable styling and build quality of all the brilliant Classified Moto bikes is testament to the talent of the Richmond, Virginia, team.

The build was commissioned by Rebel Yell Bourbon as a promotional machine to be given away, with John to ride the bike from St. Louis to Sturgis for Bike Week, joined on the trip west into Harley country by Analog Motorcycles, Gasser Customs and Revival Cycles, but he could ride it he had to build it. Unlike many clients who come prepared with a list of demands, here Classified Moto was given free rein. “It’s one of those projects where the customer gives you so much freedom it makes you nervous,” said Ryland. “They really had no demands other than to build something that looks like one of our bikes and feels like it matches the spirit of their brand.” With this in mind the big Kawasaki makes perfect sense; not only has it got the performance and reliability covered, its on-road presence won’t be dwarfed by the thousands of hogs at Bike Week.

Like any Classified Moto build it is thoroughly comprehensive and right back to the frame every detail is taken care of. The beefy rear subframe has been shortened with a new hoop welded into place, which along with the rest of the big round steel is finished in matte black. Not only does it allow the bike’s components to stand out, it gives the bike the tough-looking skeleton of a brawler going into battle. Sitting tight to the engine is a modified KZ1000 tank finished in classic Classified Moto style, sans paint and with their logo on the side. It is perhaps the most recognizable look in the current custom scene and as always the raw metal is matched with a brilliant seat. The custom pan has been upholstered by Roy Baird and its vintage utilitarian appeal is part of the overall “WWII messenger bike” styling that John was going for.

Filling the space under the seat is a wax canvas bag with an internal rigid frame that looks as if it comes straight from the ’40s but has a very modern purpose. Inside is where the electrics have been cleverly stored with the ignition barrel protruding, as if a lock to reveal the contents contained within. It’s these little details that go part of the way to making any Classified Moto build so good but on this bike it’s hard to go past that set of bars. The custom girder-style bars with integrated waxed canvas windscreen are the work of in-house fabricator Danik Herashchanka, who is charged with the unenviable task of taking John’s mind-blowing ideas and without computer drawings or exact measurements making them a reality. “We lost track of how many hours Danik put into the bars alone, but we’re loving how they turned out. I searched a lot before and after and haven’t found anything that looks similar. So even if the Harley guys eat us alive in Sturgis, at least maybe we’ll get some points for originality.”

The new bars are about as different a set of steed-steering reins as you are likely to get when compared to the clip-ons that would normally come with a 2009 Yamaha R1 front end. But with the styling that was to be achieved and the comfort needed for such a long ride the two work together remarkably well. The R1’s USD forks are fitted to the Kawasaki frame with a CM conversion that consists of a custom upper triple clamp and custom axle. The added benefit of the conversion to the modern Yamaha front end is of course the dinner plate-sized drilled brake discs with four-piston calipers for vastly superior stopping power. Out back the rear end remains a twin shock setup but big dollar Progressive Suspension 970 Series units mean the bike can be dialled in for any rider and road surface combination. Allowing the KZ to tackle just about any surface are the Shinko 700 Series dual sport tires that wrap the aluminium Sun rims laced to the polished stock hubs with stainless spokes.

But if the suspension and tires are 21st century and the styling straight from WWII the engine meets them right in the middle with the best of the ’70s four bangers breathing fire. So good was the Kawasaki four in the day that tuners like Pops Yoshimura and Mamoru Moriwaki were turning out some of the fastest race bikes around with the KZ winning superbike championships around the world. “We are continuing to tweak it with the guidance of David Lillard at Redline Motorsports in nearby Yorktown, Virginia. He rebuilt the motor then kicked some Ducatis and Triumphs off his dyno to help us dial in the jetting.” According to John it’s not only fast but “sounds awfully good at full throttle,” which is not surprising given the stunning set of stainless 4-into-1 pipes that now call the Kawasaki home. The DOHC engine also benefits from a custom stainless airbox that is mated to the Mikuni carbs.

Keeping everything looking clean, the Shorai Lithium Ion battery now calls a custom box under the swingarm home and powers the simplified electrical system. A single Acewell Digital gauge provides all the vital information, while a mirror and smoked-lens turn signals should keep the police happy. Should they need to do any of the long haul at nighttime, there is a small headlight up front and a custom tail light mounted at the rear. The rear unit sits on a tiny bobbed fender mounted flush to the frame while the front fender is mounted dirt-bike style to the underside of the lower clamp. It’s amazing to think that only a few years ago big companies were taking the Harley-or-nothing approach to promotional and giveaway bikes. But the quality of machines being turned out by the likes of Classified Moto means even the big end of town has to sit up and take notice and it’s a credit to John and his team that once again they’re leading the pack.