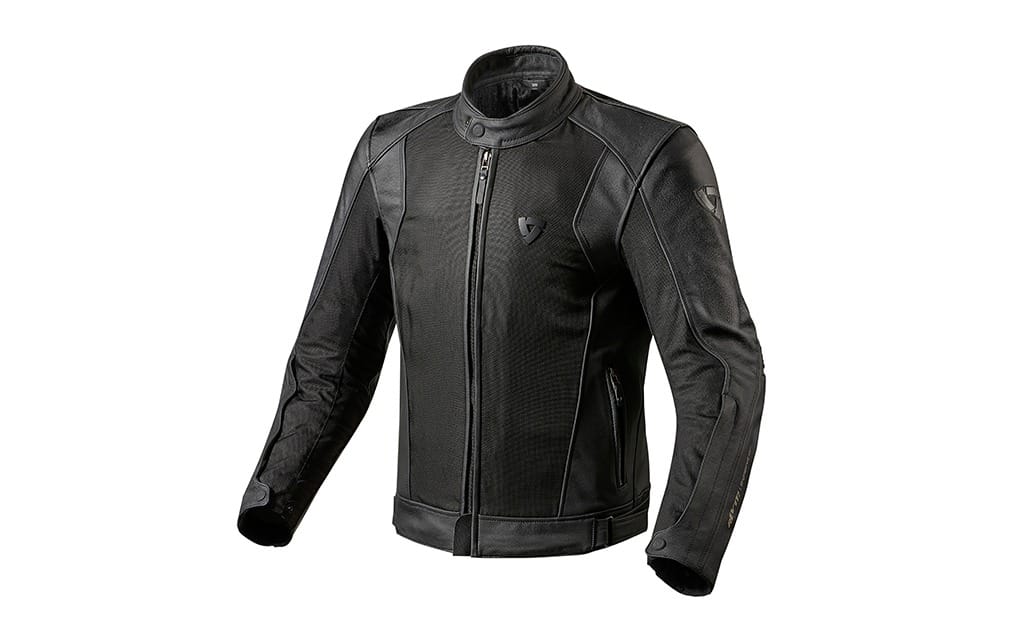 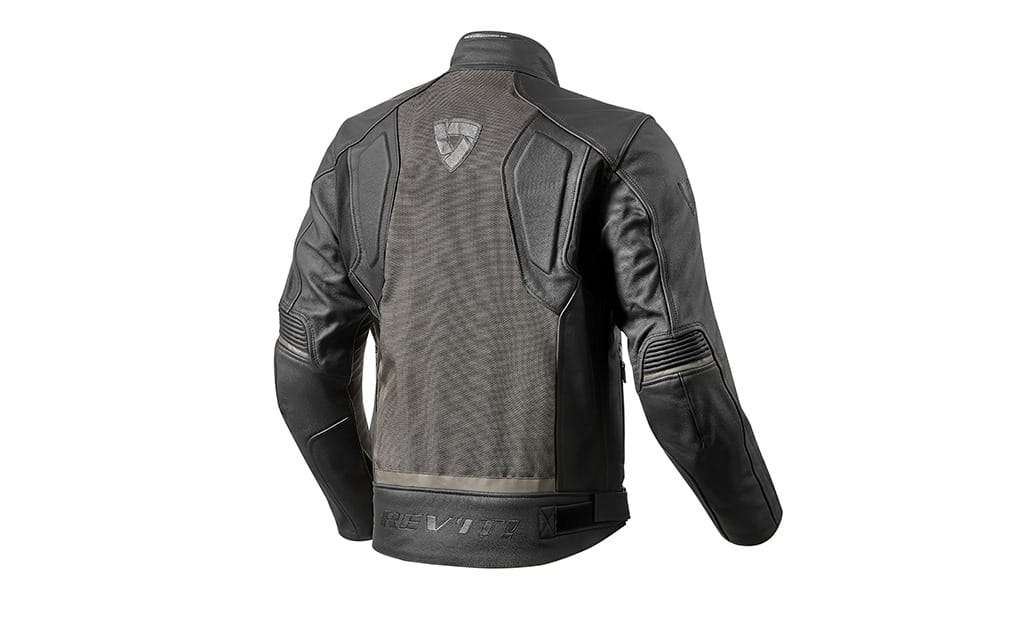 Rev’It jacket brings it all together but still falls a little short
After protection from bodily harm, the most important quality for motorcycle gear is versatility, the ability to deal with a wide variety of weather conditions. For example, at the base of Italy’s most famous Alpine pass, the Stelvio, lies the quaint little tourist town of Bormio. Mid-summer temperatures often bask in the low 30s — even as high as 35 degrees — complete with glorious Italian sunshine. Climb the pass’s 48 hairpins, however, and the temperature can quickly plummet to a mere eight or nine degrees, often with a little bone-chilling drizzle thrown in for good measure.

Were one truly safety conscious, you would don a one-piece leather racing suit — did I mention the 48 hairpins? — for maximum security. But then you’d be boiling at the base of the mountain and freezing by the time you reached the crest. What’s needed, of course, are garments versatile enough to wear in varying climates while still offering at least some of the protection of the aforementioned leathers.

Most manufacturers bridge this gap by offering mesh apparel augmented by rain and thermal layers. Until recently, however, these rain-and-thermal inner layers have been combined in a single liner. The problem that arises is that, while they will keep you both warm and dry, they don’t work when it’s raining and hot. Don the combined layer and get sweaty, ignore it and get wet; the only difference is whether the source of the moisture is internal or external. Hence, the need for a three-layer jacket: first, the outer mesh layer, then an individual rain barrier and, when the thermometer is really trying to tell you that maybe you shouldn’t be motorcycling, an innermost thermal insulator.

Five years ago when I first started shopping for such a garment, there were few such multi-layer jackets available and almost all, while comfortable and cool, lacked sophisticated armour and leather-faced abrasion resistance enhancements in vulnerable areas like the elbows, shoulders and back. I’ve owned a few — usually enhancing them with upgraded armour from other jackets — but remained cautious about their ability to ward off close encounters of the tarmac kind, sticking with it because I could find no such three-layer jacket with superior build quality.

Rev’It’s latest three-layer jacket is the Ignition 2, a modest upgrade from the previous Ignition. Essentially, what the Ignition does is take the formula described above — separate mesh, rain and thermal layers — and add in sturdy leather on the elbows, shoulders and other parts vulnerable to abrasion. It then adds excellent armour — the best-fitting stuff this side of Dainese — in the shoulder and elbow. Throw in a pocket for its latest SeeSoft CE Level 2-rated back protector and a denser weave of Cordura all round and we have something seemingly more protective.

Also far better built. Short of the aforementioned Dainese and the incomparable Rukka wear, the Ignition 2 is the best-built textile jacket I have tested. Everything smacks of excellent quality control, from the seams to the top-quality zippers. Of the various three-layer mesh jackets I have worn, the Ignition stands out for its build quality.

There are a few foibles, however. One is merely a reflection of the intended customer. The Ignition’s waist sizing is, shall we say, generous. You can corral in the extra thanks to some Velcro cinches, but we of the slim waist are finding it increasingly hard to find properly fitting garments.

The second is the compromise paid for increased protection. The combination of a tighter Cordura weave and the leather patches flows a little less air than a traditional mesh jacket. If you’re looking for some perspective, consider this: On a recent ride, the Ignition 2 was pleasantly breezy aboard a lightly faired “bagger” up to 30 degrees; 40 degrees behind the full fairing of a tourer might leave you wanting more porosity.

But that’s a tradeoff every jacket maker has to make. The Ignition’s only design flaw has to do with that built-in back protector. For reasons I cannot fathom, Rev’It, despite its obvious obsession with protection, has made the Ignition’s back protector quite short. Oh, it extends to the upper neck area, but only extends about two-thirds the way down your back, leaving the lower lumbars unprotected. And there’s seemingly no reason for it, there being plenty of room to build a deeper pocket. That said, unlike other mesh jackets I have owned, the Ignition is cut long, the rear fabric extending lower down the spine, preventing it from riding up when you’re crouched in a sport-bike riding position.

All told, the Ignition 2 is a step forward for those looking for protection and all-weather versatility.