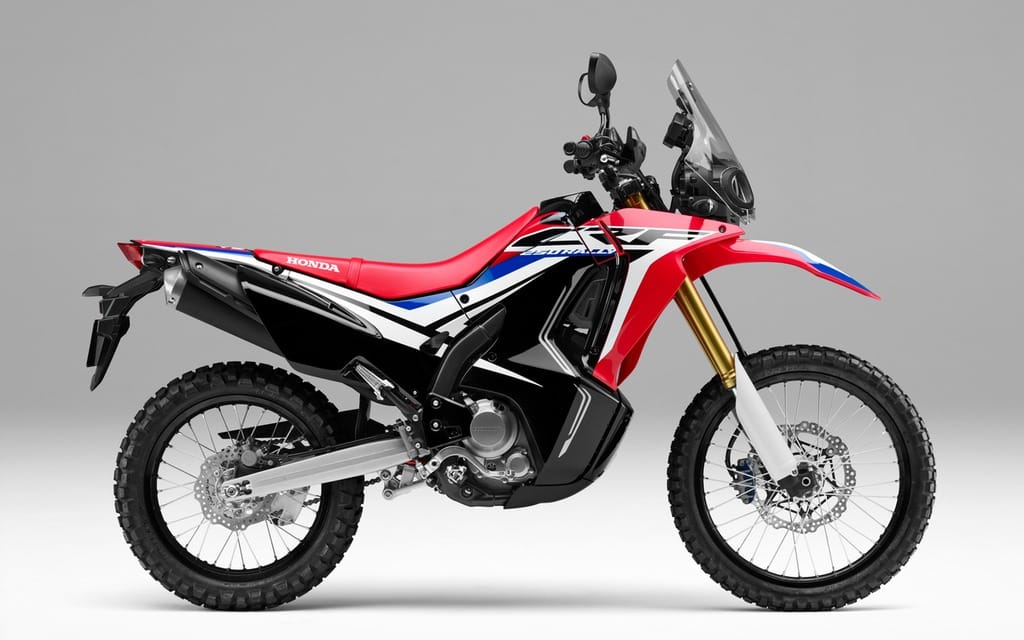 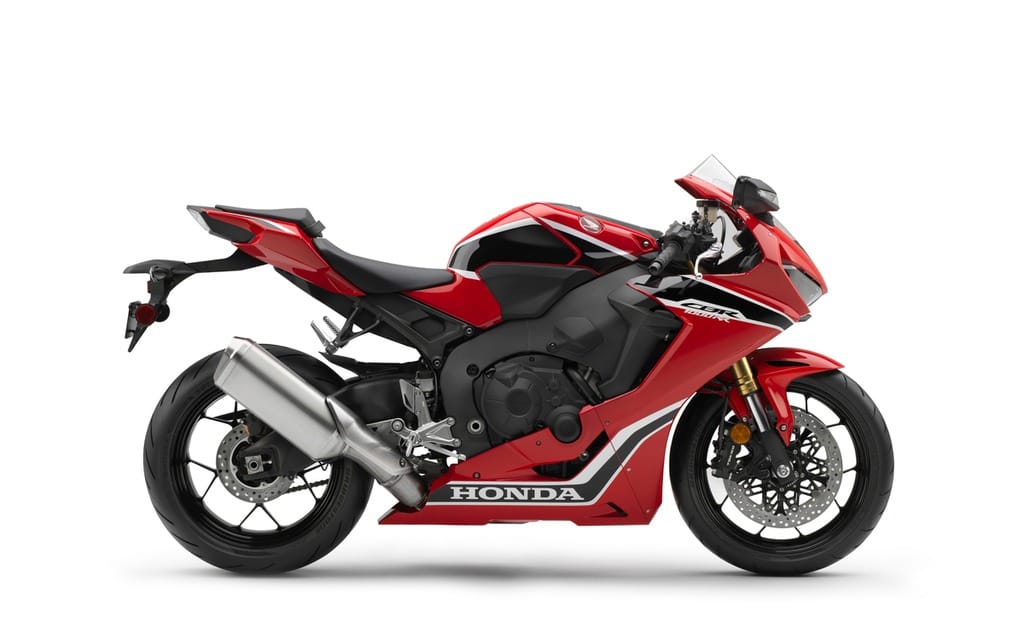 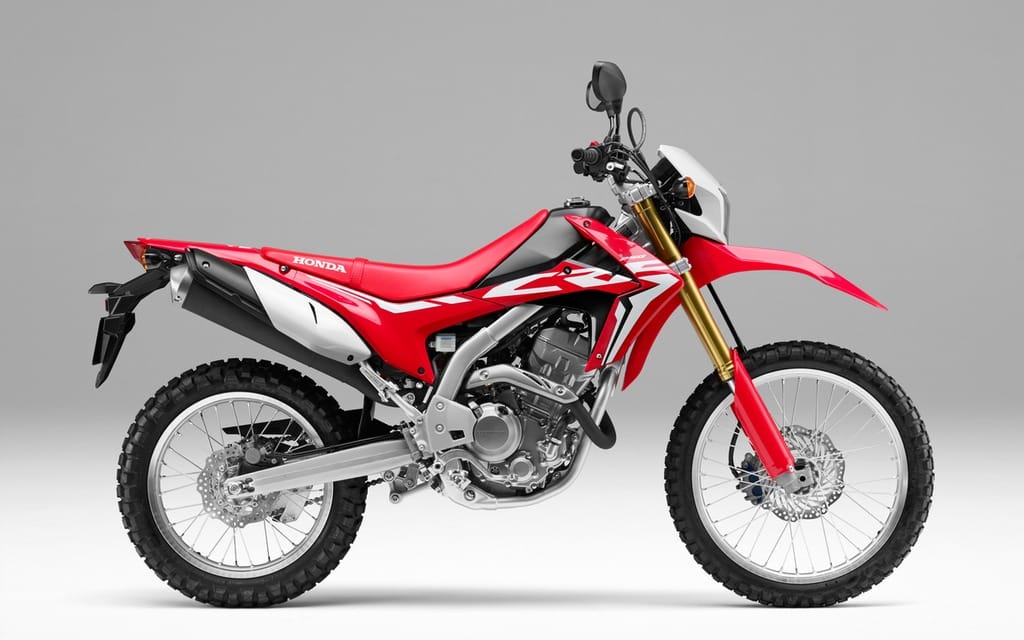 Honda yesterday unveiled a new adventure-focused model known as the CRF250L Rally. Inspired by the factory CRF450 Rally machine raced in the Dakar by Team HRC, and based on the standard CRF250L (which has also been updated for the new model year), the CRF250L Rally is ready for weekend adventure, long-distance tour or the daily commute. Featuring styling that evokes images of adventure and travel, the bike has long-travel suspension, large-disk ABS brakes, excellent weather protection and an impressive cruising range. Engine performance combines solid bottom-end torque with substantial top-end power. Meanwhile, the standard CRF250L also features important upgrades for 2017, including a number of powertrain changes that are aimed at increasing power and improving throttle response.

In the same announcement, Honda unveiled the standard CBR1000RR, which boasts most of the same updates as the recently revealed CBR1000RR SP.

“We’re pleased to announce this exciting new CRF250L Rally for 2017,” said Lee Edmunds, Manager of Motorcycle Marketing Communications at American Honda. “Adventure touring continues to grow in popularity, and our customers have shown that small-displacement motorcycles can be extremely effective in this application, whether that means making epic journeys or the daily urban commute. We really wanted to build on the capabilities of the CRF250L and open up new opportunities for riders both young and old, and the CRF250 Rally brings the spirit of rally-raid racing to every ride.”

CRF250L Rally
Based on the updated CRF250L, the CRF250L Rally adds a wide range of changes that make it a unique proposition in the market, with styling inspiration from the Team HRC CRF450 Rally race machine. At the front, the rally-type “floating” screen, fairing and radiator shrouds provide wind protection, with the rest of the machine showing off minimal MX style. The asymmetric headlights are LED, as are the turn signals. A large fuel tank allows extensive range, and the new digital dash includes a fuel gauge and tachometer. Long-travel suspension and high ground clearance enhance its long-distance off-road ability, and a larger floating front disc—plus ABS that can be switched off for the rear brake—delivers stopping power. The engine boasts solid bottom-end torque coupled with substantial top-end power, thanks to updates from the original CRF250L including revised PGM-FI and throttle body, a new airbox and a lightweight exhaust.

CRF250L
With a light, slim package that’s able to easily maneuver through congested city streets, along with a confidence-inspiring seat height and suspension that deliver a fun and comfortable ride on rough tarmac and trails, the adaptable CRF250L is already an extremely popular dual-sport model, and it benefits from a number of upgrades for 2017. Visually, it’s strikingly different thanks to new graphics that match those of the revolutionary 2017 CRF450R motocross machine. Technically, a 38mm throttle body (2mm up from 2016) combines with a revised airbox, reshaped air boot, new muffler design and a larger-diameter exhaust head pipe to provide improved response and better power in the low and midranges. There’s a new ECU as well, and the meter assembly, taillight and license-plate holder have all been updated as well.

CBR1000RR
As is the case with the CBR1000RR SP, the CBR1000RR follows a “Next Stage Total Control” design philosophy that was achieved by updating 68% of the components. A 10 horsepower increase and a significant weight reduction result in a 14% better power-to-weight ratio, and much of the technology is derived from the RC213V-S. The engine has revised valve lift and cam timing, magnesium covers, a titanium muffler and a redesigned slipper clutch. The new electronic control system provides constant, selectable and fine-tunable rider support, utilizing a five-axis Inertial Measurement Unit (IMU) that works the Honda Selectable Torque System (HSTC) to precisely manage rear-wheel traction via the FI-ECU and Throttle By Wire (TBW). Selectable Engine Brake, Riding Mode Select System and Power Selector are all standard. The titanium fuel tank from the SP version is utilized, and the rigidity balance of the aluminum frame has been adjusted. Showa suspension includes a 43mm large-volume BPF inverted fork and Balance Free Rear Cushion (BFRC) shock, and the highly rigid Tokico four-piston opposed radial-mounted front brake calipers have high-friction brake pads fitted. The CBR1000RR is available in both standard and ABS versions.