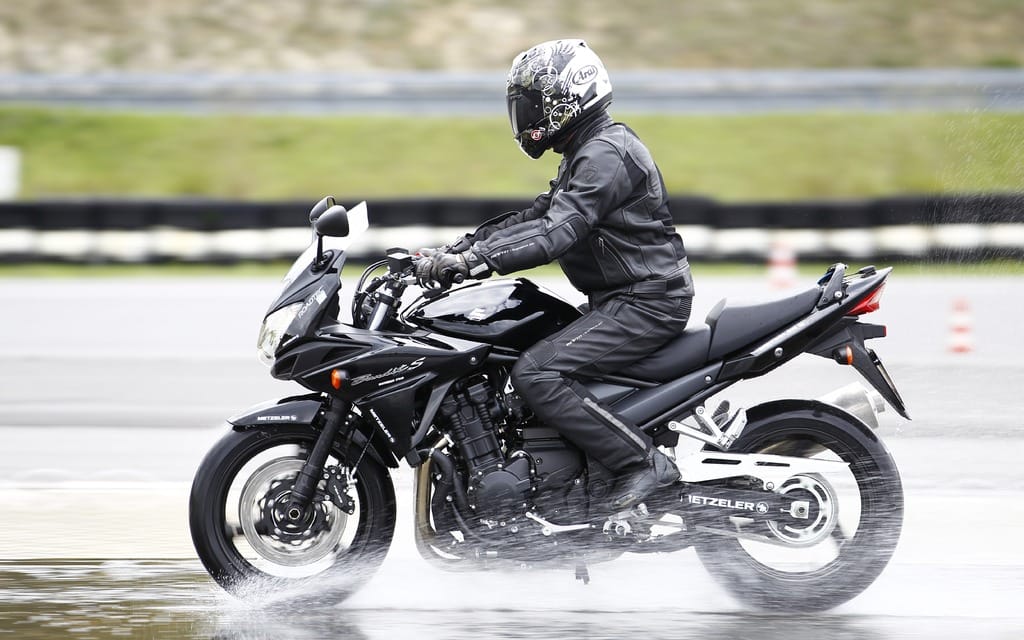 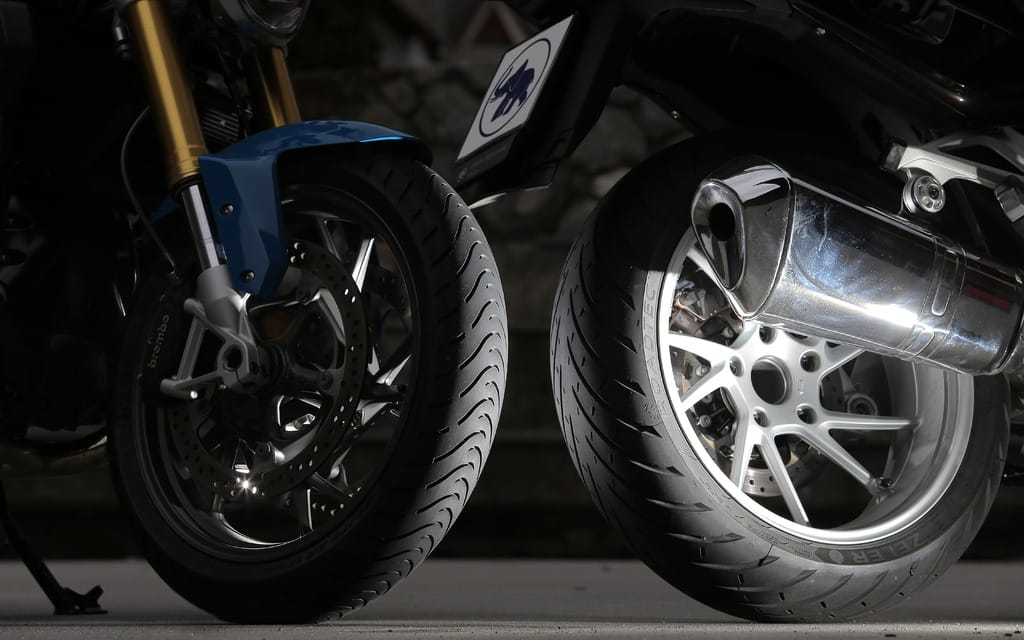 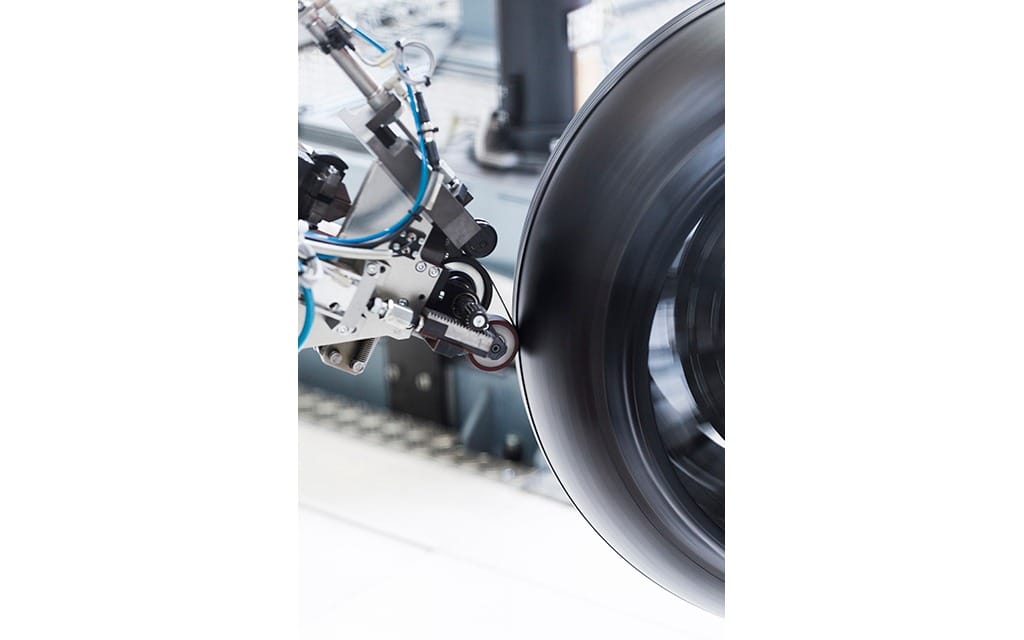 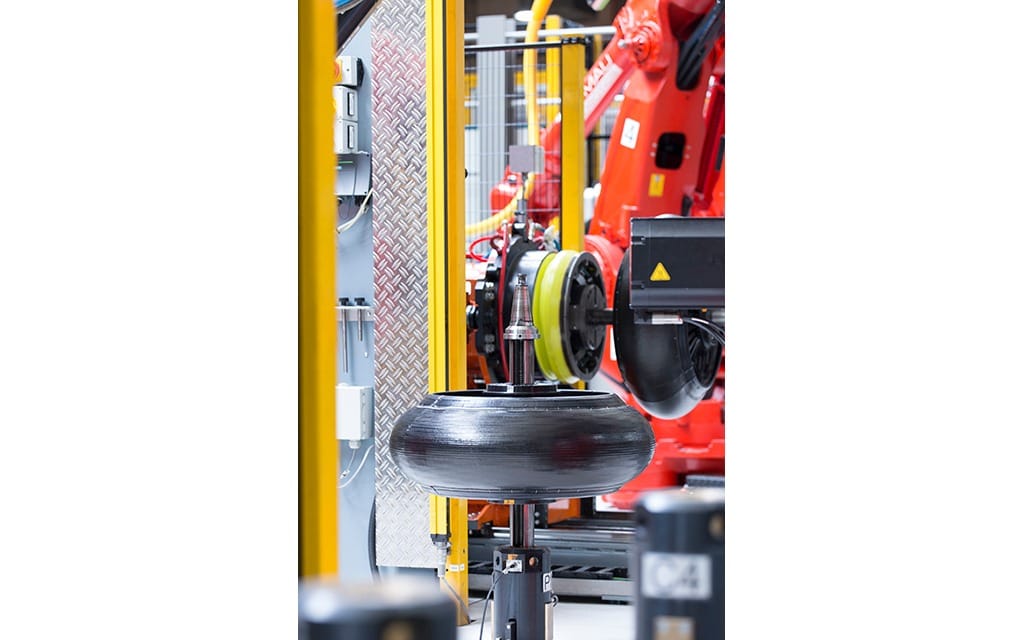 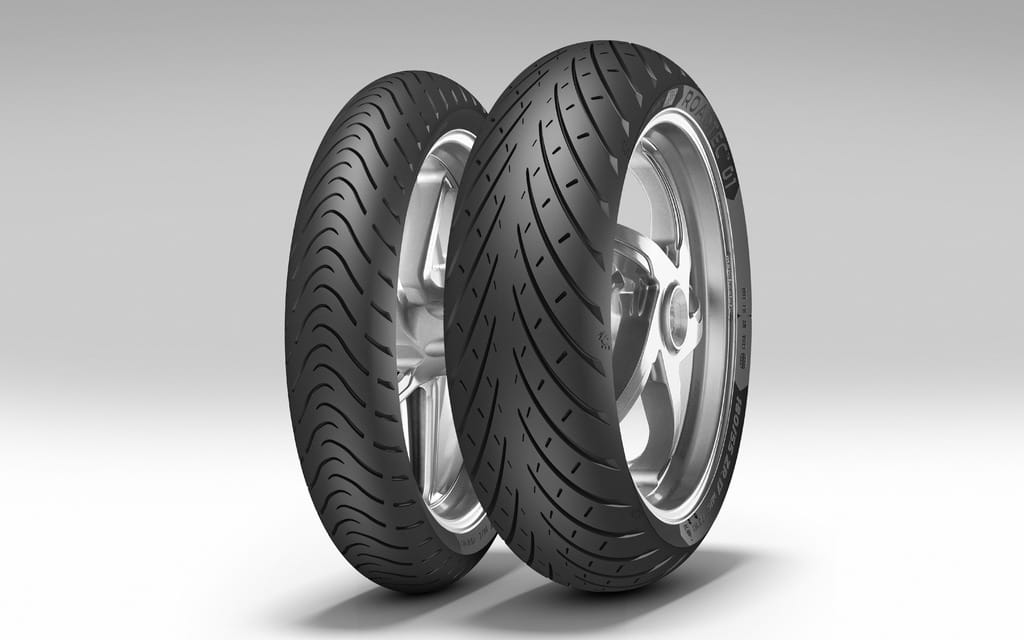 I went to Germany this spring to get a taste of the new offering from Metzeler in the sport-touring tire segment. Technical briefing, factory tour, road test and some time on the Bosch proving ground crammed in the 48-hour schedule should give me a good idea of the new Roadtec 01, a tire built to cover a wide range of applications from touring rigs to road-bound adventure bikes, naked and urban machines, and sport bikes.

At the press launch in Frankfurt, Piero Misani, director of R&D of the Pirelli/Metzeler Group, explained why the successor of the Z8 Interact was going with the 01 moniker. “It is a new generation of sport-touring tires, a fresh start. The redesign is profound, with the aim of improving mileage, enhancing grip characteristics on all surfaces, in all conditions, and giving extra precision and stability under a load. The zero-one is there to signify that new start. We kept the strong points of the well-liked Z8 and improved on it. The new tread pattern is very different and is aimed at improving the mechanical grip, especially in less than perfect conditions. A low-traction situation is when a motorcyclist needs to feel most secure, and it is where the new Roadtec 01 shines.” So, with the claimed 10 percent increase in mileage, better all around grip and improved stability, it has a very tall order to fill.

At first sight the front tire’s close transversal grooves get the attention, the spacing changing to more supportive blocks just off centre, where most uneven wear usually occurs. “We worked a lot on developing a front tire that works in harmony with all the different ABS systems on the market, from the more basic to the most sophisticated package,” says Misani. The rear has a continuous centre block and a tread pattern reminiscent of a competition rain tire but that goes to wider tread spacing to put more rubber on the road at greater lean angles. “In the rain, in a straight line the front drains the path so we can have that solid centre design on the rear that gives good durability. As you lean over the tread just off centre does its job. Leaned farther, there is more surface in contact to give a solid, stable feeling.” Two other important points mentioned by our Italian guest: “The contact patch is shorter and wider when compared to the Z8. It creates less slip wear for greater tire life and allows use of a soft compound for traction. Talking of the compounds, we have made great stride in that domain regarding chemical mix and nanoparticles. A new 100 percent silica blend is used in the front tire and on the shoulders of the rear. An 80 percent silica and 20 percent carbon black mix is used in the central part of the rear tire for longevity.”

The tour of the Breuberg factory gave me the occasion to see the automated production process. The first robot seals the bead bands with the inner liner into a wide, flat and airtight cylinder that gets inflated into the shape of a motorcycle tire. Next comes the body ply followed by the application of the radial bandina, the actual belting that gets wound according to the Interact design that varies in tension and spacing to give the desired flex on the shoulder and sufficient support in the middle of the tire. Another robot dresses the casing with the polymer mix that will meet the road in a manner quite similar to pasta making. The rear gets its dual compounds in three steps; middle first then each shoulder, before being moved to another robot that completes the tire with the sidewall material in two more operations. At the end of that line we have what is called a green tire even if it is all black. All the material is there but it is only after vulcanization that it will become a usable product. The autoclaves imprint the tread and sidewalls while the heat induced at that stage transforms the polymers. It takes roughly 15 minutes to assemble a tire and it is another 15 minutes or so, depending on the exact tire size, in the vulcanization process before heading to quality control. Holding a 180/55-17 that is still warm, I notice that it is not heavier than a sport tire. “Yes, we worked hard to make them as light as possible while keeping the necessary load-bearing capacity. Lighter tires make less heat from internal material friction, which is good for wear and handling characteristics.”

Half a day in the German countryside around the Bosch proving ground on a variety of machines was next. I went out on a BMW F800GT under cloudy skies—might as well choose something with heated grips as it was barely 10 degrees. The Roadtec 01 inspires confidence right from the go, withno need to wait for them to warm up to get decent grip and a secure feeling. The handling is quite neutral on turn-in and they don’t show any tendency to stand up under braking. We came across a somewhat bumpy paved farm road, nothing rough compared to what we encounter this side of the Atlantic but enough to make me think they should do okay on Canadian roads. We did ride some slick-looking, worn asphalt where the Metzeler performed as promised, feeling very secure. With two photo-shooting spots along the way, where we switched bikes every two passes, I realized how much trust I already had in the Roadtec 01. At the second one I jumped from a Triumph Speed Triple to a Versys 1000 and scratched pegs right away in the hairpin curve. I chased our leader on the last leg back to the proving ground on that Versys and even with some deliberate clumsy throttle use I could barely get the traction control to intervene. For sport-touring duty they are spot on and you can mostly forget about them, which is a very good sign.

The Bosch complex is where we’d spend the afternoon with pretty much all I could wish for to test those tires. My first outing was on the handling track, a tight and undulating layout that is half dry, half wet from a generous sprinkler system. I jumped on an MT-09 (FZ here in Canada) with no ABS or TC, just what I needed to really feel how they would fare. On the dry part I could drag pegs, brake hard while leaned over and accelerate out of corners in a serious enough way, right out of the pit even if it was overcast and only nine degrees. Quite good but it was in the wet section that they really impressed me, I could hardly believe how reassuring the Metzeler felt in those conditions. A run on an S1000RR confirmed the feelings, the traction control cutting in here and there but I had to seriously push. The Roadtec 01 felt pretty good under braking in the wet there but it’s at the dedicated braking test that I realized I was nowhere near the limit. We had two Bandit 1250ABS bikes rigged with an array of sensors waiting for us next, one equipped with a pair of Z8 Interacts, the other with the Roadtec 01s, to do a back-to-back comparison. The drill was to do three panic stop from 60 km/h, first on the Z8 shod bike, then three more runs with the newer rubbers. On wet cobblestones. The performance of the Z8 was good but as soon as I switched machines I could tell that the grip of the 01 was superior, giving reassuring feedback. The numbers confirmed my feeling; my average stopping distance was 20.3 metres on Z8s, 18.4 with the new 01s. Those two metres might be the difference between being wide-eyed and dealing with nasty consequences.

The other test they had in store was also quite interesting, one hour on the banked, three-kilometre high speed oval track. “The limit is 160 km/h for the tighter turn. You can do two laps at full speed and you come in on the third lap.” How fast can we go in the other turn? “There is no limit on the one-kilometre-long turn. You can go 280 if you feel like it.” Okay, let’s see, we have two S1000RRs, two Z 1000 SXs (Ninja 1000), a GSX-S 1000F and a ZZR14 (ZX-14R); they must be quite confident in the tires to let us loose with those machines here! All the bikes were stable and easy enough to get up to the 250 km/h mark in the long turn. Stability under hard braking was also not an issue either slowing down for the 160 zone or pulling into the pit lane. Of course I wanted to see how big a number I could come up with around that track. On the ZZR14 the combination of the mass of the machine, being smashed by the centrifugical force against the banking, and my courage did come up with a maximum velocity of 265 km/h in the turn where it was getting a bit lively on the big missile. I went back out on the S1000RR with the ESA suspension set to race mode. I did see the 2-8-0 on the speedometer; the Beemer was on rails in the banking with the stiffer setting, the Roadtec 01 could take it. Braking from just under 300 km/h at the end of the straight was also more reassuring than on the Kawasaki even if that was still quite acceptable. I have to admit that it is pushing the envelope for sport-touring tires and surprisingly they didn’t show any wear from such abuse.

So Metzeler set out some very high targets to hit with those new Roadtec 01 tires. For the grip level, be it on dry road or in less than perfect conditions, and the stability part of the claim, I can confirm they deliver on the promises. For the improved mileage I can only say that it will need to be tested but I have no reason to doubt their word on it.