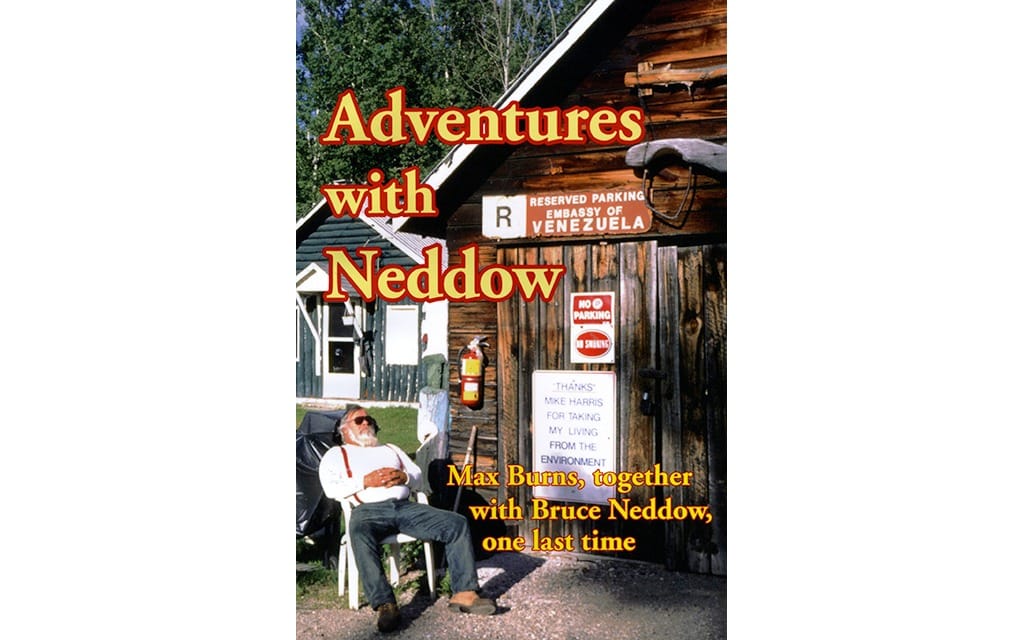 What were they thinking?

Adventures with Neddow. And Max Burns, and some roads to nowhere
Long-term readers of Cycle Canada will need no introduction to Max Burns, whose column “Around the Bend” was a feature of the magazine for years. Nor would they need an introduction to Bruce Neddow, a friend and riding companion of Burns who, while looking about as different from Max as Stan Laurel (Max) from Oliver Hardy (Neddow), was a kind of doppelganger for the popular writer. Having just read Max’s latest book, Adventures with Neddow (Word Dust Press, 2014), I’ve come to feel that I know the guy well enough to feel left out, having never been able to meet him in real life.

It’s too late, now. Neddow, whose lifestyle apparently did not encourage longevity, died two years ago. This book of stories involving Neddow, Burns, motorcycles, and roads of all kinds, is a collection of Max’s Cycle Canada writings in which Neddow was, if not featured, at least included. There are feature articles as well as three columns reprinted here, along with scads of photographs that illustrate the locales and situations of their rides and lend a sense of familiarity to the character most often referred to simply as Neddow.

The stories span the years 1988 (a ride with a gang of misfits called the Waznies, which included Jordan Szoke’s father Bob) to 2014 (when Max and wife Jackie took a long ride after learning of Neddow’s death). Motorcycle rides across a swath of Canada from north-central Ontario to Prince Edward Island are described in Burns’s folksy, easily digested prose. Often, things didn’t go as planned on these rides, probably because Burns and Neddow seldom bothered to form a plan.

Max has a fondness for bad puns and observational asides: “If you want to see huge trees, go to Toronto, where they impose heavy fines for anyone caught cutting down any tree within city limits . . . Can you imagine the uproar if Northern Ontario were to follow Toronto’s example? No more 3-ply to wipe pampered city sphincters. But that’s another issue. Or tissue.”

We’ll forgive the guy his weaknesses. He can’t help it. Reading a book by Max Burns feels a little like having a conversation with him. It ain’t poetry, but it’s fun, and it’s honest, opinionated, humorous, and even informational—routes are described well enough that you could follow Max and Neddow’s tracks, if you dared. If you liked Burns’s column or his features in Cycle Canada, this is worth a look. And if you haven’t read them, this is a good introduction. Max Burns was a favourite among Cycle Canada readers for a reason.