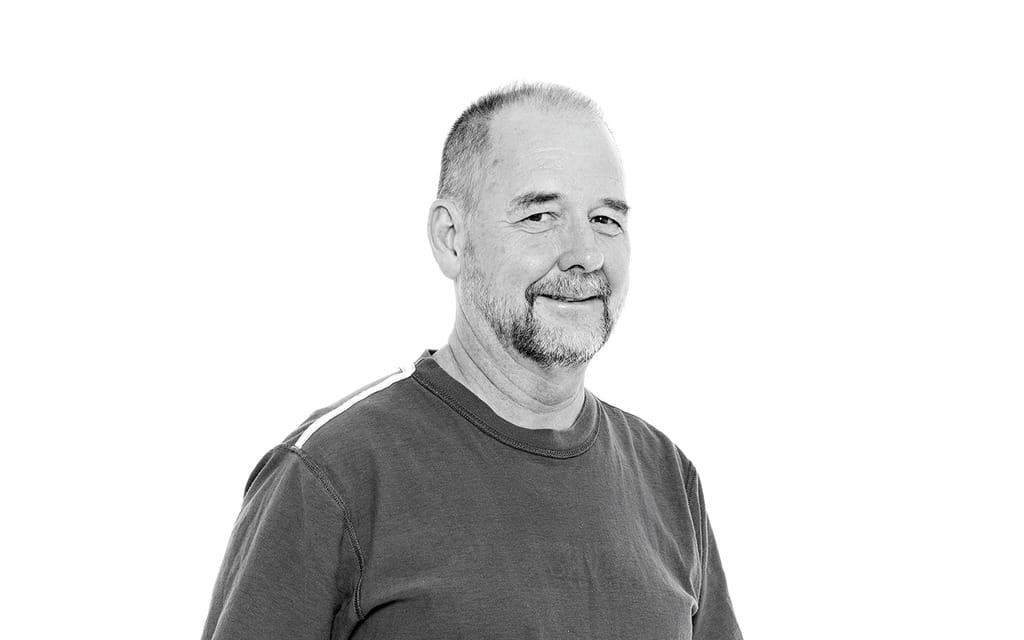 I should apologize for this column. I’ve been wracking my brains, even free-writing, which is where you write nonsense until it begins to make sense. But I’ve got nothing. I don’t know. I could tell you about my new girlfriend, I suppose. But then, she’d be my ex-girlfriend. And I’ve been there before—take it from me: you don’t write about your girlfriend in a magazine without discussing it with her first, or at least hiding the damn magazine.

So I’ll free-write until it begins to make sense. But wait . . . something’s coming. I keep thinking of a picture I saw of Rossi on his MotoGP Yamaha, front tire hard on the ground because of those winglets they use, rear tire in the air, and I’m wondering, What must that feel like?

But now, thinking about the feeling of a tire that’s not connecting with the road, I begin to see a theme. Traction control. Something that, whether we’ve got the electronics onboard or not, is of vast importance to every street rider. We control traction by setting our corner speed early, by deliberate use of the throttle and brakes, by assessing the condition of the pavement ahead of us. It becomes as natural as counter-steering; you don’t think consciously of it, you just take care of it.

When I first heard of it, I wondered if it was something that would help you get rid of traction for a moment, kind of like mosquito control. You’re deep in a corner, you thumb a button, and your rear slides a little, you let off the button, and you’re hooked up, corner squared off, and out you go. In a few years, they’d have it refined to the point where letting off the button didn’t produce a highside. Ah, progress.

But no, it was the other way around. Apparently, traction control was meant to increase your traction. You hit a patch of sand in a corner, you hit the TC, and voila! Sand is gone. Last summer, riding with Paul Bremner in Muskoka, I hit a mid-corner patch of sand on a snaky little two-laner and my front slipped, just a bit—it doesn’t take much sliding or much time for a motorcyclist to feel the front going away. It hooked up again immediately and I carried on, but that momentary sense of losing it, when you suddenly change from being a motorcycle pilot to a helpless passenger (unless you’re Jordan Szoke or Michael Taylor) is gut-wrenching and unforgettable. Of course, traction control affects your tire’s behaviour, not the sand in front of you, so it’s only a partial solution.

Exactly 20 years ago, I lost the front, and the rear, on a GSX-R1100 in rural British Columbia. I had bought the bike four days before, didn’t think I could afford collision insurance, and riding through a nice easy corner at 120 km/h I hit a long patch of crack sealer that ran in my direction of travel. Bam! The bike was down on its right side, sliding, and I followed it on my back. The Suzuki tumbled into a ditch across the road, leaped into the air, and plummeted onto a farmer’s field, shattered. I was unscathed, but when I got it back six weeks later, I was half the new price of that GSX-R poorer. It was an unusual situation, a tar strip that had been laid down a few days earlier, was still soft in that hot sun, and I managed to get both wheels onto it while leaned over. Unlikely to be repeated, but still, I snap to when I see crack sealer ahead of me, just like I do when I see sand in a corner.

I called the Transport Ministry, asked if they’d ever tested that stuff for traction. Why would we do that? Maybe, I said, you could put walnut shells in it; I hear they do that with snow tires. I’ve always felt sorry for the people at the tire company that does that, all the walnuts they must have to eat, but that’s their problem.

So now I ride with a sharp eye on the road ahead (I’ve always done that, but the glare of sunlight, or my speed, or something, I don’t know, prevented me from seeing that crack sealer until I was on it, and then, sadly, off it). Loss of traction, specifically loss of traction due to road dirt in a corner, is right up there on my list of concerns. I stay a little bit away from the side of the road in a left hand turn—still do the apex thing, but modified slightly. And always take a corner at a speed that will allow me to straighten up suddenly, or tighten my line, if I need to.

But it interferes a bit with the pleasure I derive from riding fast on a good road, that overwrought fear of hitting something that will interfere with the tire’s friction. I see people riding through that shit without a problem, as if they hadn’t even seen it, but for me, it’s a roadblock. I remember following a guy who was on an old BMW down a B.C. highway, me on an FJ1200, and I could not keep up with him. It wasn’t a matter of motorcycle configuration, but rather, mental configuration. He knew he’d keep going despite any little bit of shit he encountered on the road, had developed an attitude of confidence, and I hadn’t accomplished that. So now I work on it; confidence is half the trick in good riding.

I’ve thought about those tires with walnut shells in them, and I wonder if they might make motorcycle tires with bits of banana peel, something to help me get used to sliding the rear, just a bit. I don’t think it’ll fly, but when I think of traction control these days, I can’t help wanting to peel a banana.