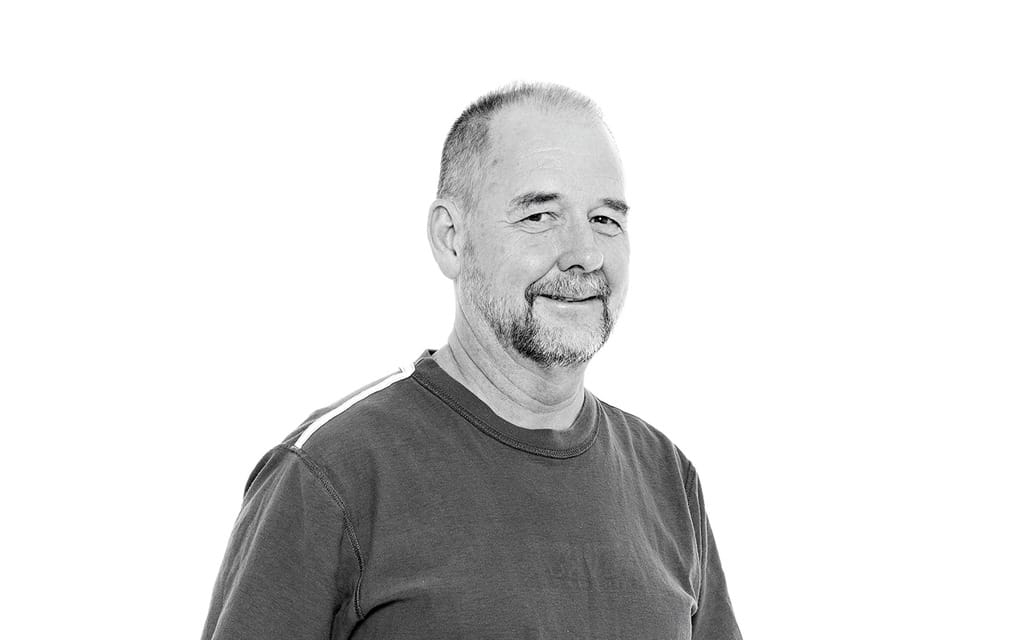 I need more serendipity. Unfortunately, it’s not the kind of thing you can buy, or even go looking for. The nature of the beast is such that it’s always and only ever found when you’re not looking for it.

But wouldn’t it be nice if you could drop around to the local 7-Eleven or Mac’s and buy it like one of those airline bottle–sized $5 energy drinks? According to Merriam-Webster, serendipity is the faculty or phenomenon of finding valuable or agreeable things not sought for. I found the word itself—and, as it turns out, a subject for this month’s Outsider column—while looking for another word, which I have forgotten.

As much as I might wish, I can’t contain serendipity. But I have experienced it. A short time after moving to Ontario in 2010, I found a used (okay, basket case does not exactly mean used) Honda CB400F on craigslist, going for $600. Never having shopped for such a bike, I didn’t know that it was cruelly overpriced, so a week later, I drove to some town near Toronto with cash in my pocket and loaded the parts of this old but once-beautiful Honda into the back of my pickup truck.

I had this idea, see. I would put it together, and it would look like the yellow CB400F I had seen in a magazine, with that lovely sweep of four exhaust headers gleaming in the sunlight. A few days later, standing in my late father’s garage, pounding on an intake valve that was stuck in the head by several seasons’ worth of rust, I began to wonder if I might be an idiot. Some time after that, a local Honda dealer confirmed it. “I can’t fix this,” he said, holding the bottom half of the engine. “The whole bottom end is rusted.” Apparently, the bike and its engine had been disassembled, put in some boxes, and then taken outside to get cleaned by the rain for a few months, or maybe years. I paid $600 for this. There was sand in the crankcase. But it’s not a complete loss. I have some spare footpegs now, a spare handlebar, and maybe even some spare carbs, if I can find them.

Spare for what? Serendipity. Months later I sat at a picnic table with some old friends and some new acquaintances, a little outdoor party. I told the joke about buying a CB400 that had been assigned to prove the second law of thermodynamics. Entropy, that is—we’re all going to rust, you can’t do anything about it. Dennis, who sat across from me and whom I had just met, said, “I have a CB400 for sale.” I looked at him in a dazed kind of way. Does it run? “Yes,” he said, “it runs fine.” How much do you want for it? He thought about it for a second. “I don’t know. Four hundred?”

A week later, a used but assembled CB400F sat in the driveway. I wasn’t looking for it, didn’t know it existed, and then it was mine. And it ran. I licenced it but haven’t used it much and don’t really like it as much as I thought I would, though I won’t likely get rid of it. It needs restoration, and I’m not sure I’ll get around to that. But it’s there if I want to get involved in another project.

I have experienced serendipity in other ways. I once had the idea to use Destination Highways Washington as a guide for a tour through that state, do a story for Cycle Canada. I found the highest-rated roads, linked them up by lesser (but still highly rated) roads, acquired a Harley-Davidson Electra Glide, and set off one summer day with my girlfriend to ride the 10 best roads in Washington. Three days later, somewhere near the middle of the state, around 9 a.m. on a two-lane highway, I looked to the left, saw a barn and some outbuildings, backlit by the morning sun, and I pulled over to the shoulder, got off, and took some pictures (see Speculator). And standing there in the cool, sunlit morning air, I was overcome with a feeling of pure joy. For a few minutes, with the rest of that exploratory day stretching out in front of me, my girlfriend standing quietly beside me, no cities or towns in sight and only an occasional car to share the road with, I felt as good as I ever have felt. I wasn’t expecting it, wasn’t looking for it, not directly, anyway, and didn’t know it was coming, but when it happened, I noticed. It was one of those moments that you don’t forget, even years later. And it happened because I was riding a motorcycle, heading toward places I had never seen before, and the unseen stars, somehow, were aligned.

That’s the thing about serendipity; it will hit you when you don’t expect it, and it can drop moments of pure brilliance onto you. I don’t know if riding motorcycles is more or less likely to bring it on, but I’m voting for the former, and I won’t be out there riding around looking for it, but I’ll be riding this summer, and if it comes, I’ll know it.