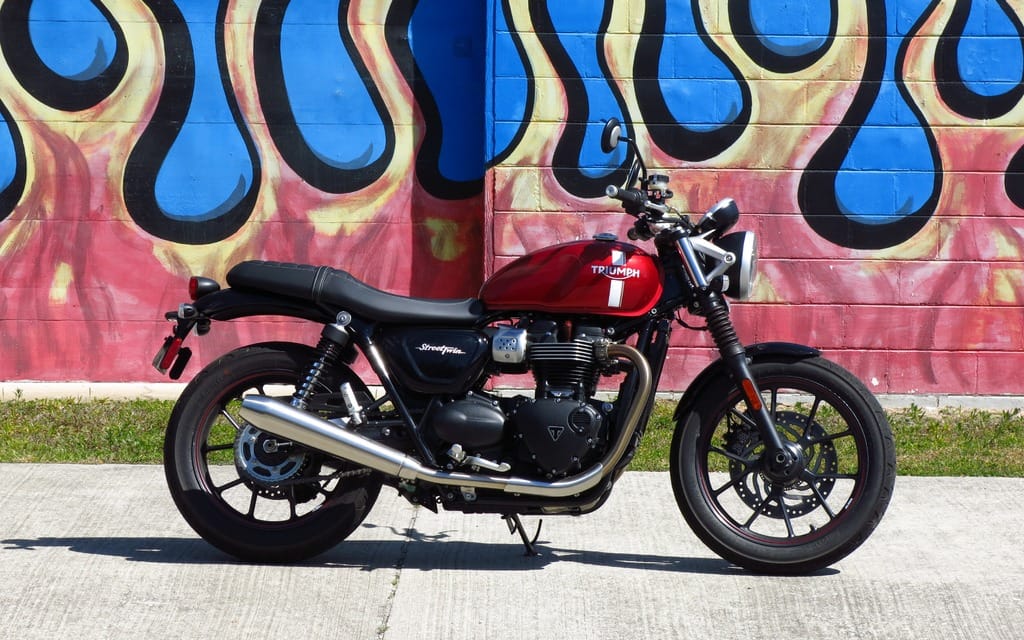 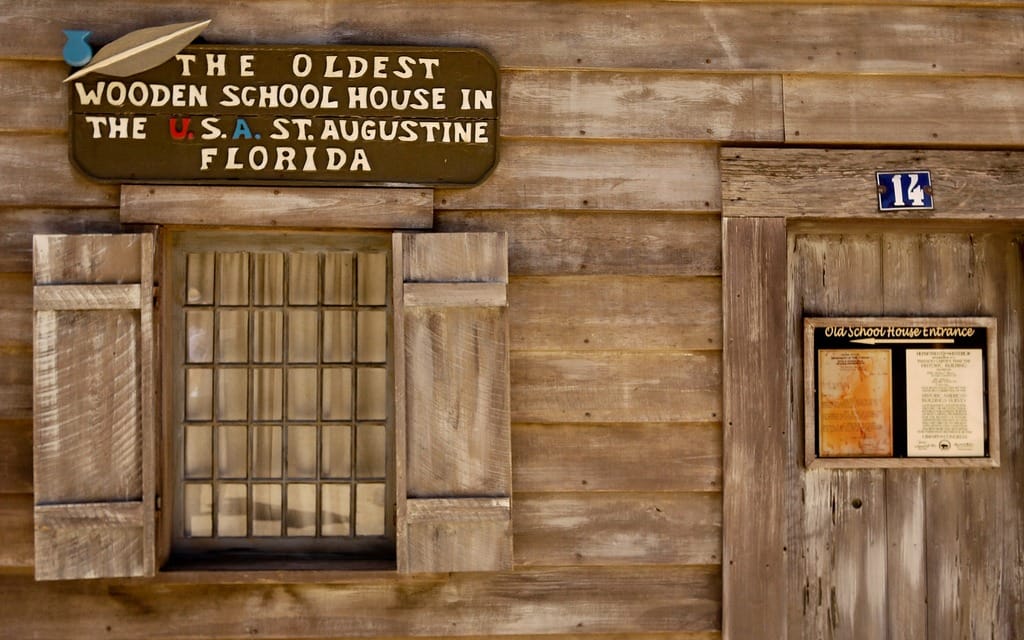 Triumph’s new Street Twin packs a lot of goodness in an inexpensive package
Riding north from Daytona Beach, nearly close enough to the blue and sunlit Atlantic to hear the wash of surf on that long, long stretch of sand, I was distracted for a half second too long by someone in the yard of a waterfront house. When I looked ahead again, the Triumph Tiger Explorer XCa ridden by Didier Constant was getting larger, rapidly. Traffic ahead of Didier had slowed, and he had, too, but I hadn’t. I grabbed a handful of front brake and squeezed, hard. The Triumph Street Twin under me dropped speed without fuss, braking firmly and manageably despite having just one 310 mm front disk clasped by a two-piston Nissin caliper. I didn’t get close enough to Didier to break a sweat.

The Street Twin is like that, for the most part. Straightforward, and effective. Surprisingly effective, in fact. Over the course of a day spent with Didier and riding both bikes, I found much to like, and little to complain about, with Triumph’s 900 cc standard. It’s a new member of the company’s Bonneville family, the most basic member, and at $9,900, the cheapest.

Nothing about it feels cheap, though, and the ride quality is much improved over that of previous Triumph vertical twins. The single-overhead-cam twin puts out a claimed 54 hp at 5900 rpm—which doesn’t sound like much, but it comes with a claimed 80 Nm (59 lb-ft) of torque at 3230 rpm, and a twist of the throttle in lower gears results in impressive thrust. It really does feel strong.

It’s also comfortable. Riding up the A1A ocean-front highway at 10 in the morning, with the air temperature an easy 22° C and the sun behind us, it felt uncommonly good to be on a motorcycle, even though the road was arrow-straight and traffic prevented more than momentary bursts of acceleration. The sun and the air temperature were not the only reasons for that sensation.

The Street Twin is an all-new model. Its engine is liquid cooled, though the cylinder fins do assist in cooling; its transmission is a five-speed; its frame is tubular steel, suspension is by Kayaba (twin shocks in back, 41 mm conventional fork elsewhere). It’s reasonably light at 198 kg dry, nimble, and the 270° crank allows just enough vibration through that I only realized the Twin vibrated when I climbed onto the velvety XCa and twisted the throttle. Of course, that exercise reminded me that the Twin is a twin, with limited power. But back on the Twin an hour later, I found myself feeling more comfortable and more confident. The Tiger Explorer XCa is a terrific motorcycle, smooth and comfortable and fast, but the Street Twin is like a favourite pair of jeans, unassuming, easy to wear, good looking, ready for just about anything. And it fits.

It’s also, despite its visual sense of bygone days, a thoroughly modern motorcycle, with ABS, traction control, ride-by-wire throttle, and other handy features (like a USB socket). The clock is easy to read at speed and contains more information than you should be seeking at speed, and the ignition system has an immobilizer. Clutch pull is light, shifting is light and positive, and suspension action was fine on the unchallenging roads of Florida.

Didier and I rode to St. Augustine, which is said to be the oldest town in North America. We parked the bikes, explored the town for a while early in the afternoon. Later, after a considerable period of walking, getting back on the bikes was a relief. We had been trading back and forth, but I took the Street Twin for the entire ride back to Daytona Beach, and we spent an hour or two at highway speeds, droning along. The seat wasn’t quite up to the task of providing all-day comfort, but nearly so. And at highway speeds of around 65 mph, downshifting to fourth produced less acceleration on opening the throttle than staying in fifth did. Either the engine is operating at a more torque-rich level in fifth at 65 mph, or the throttle has more available opening in fifth—maybe it’s a bit of both. Regardless, acceleration at highway speeds in fifth gear was energetic.

I was impressed enough by the Street Twin to think that I’d be happy to own one, and I doubt that actual ownership of the model would change that. Triumph spent a lot of time, money, and energy developing the new Bonneville series. My first impression is that they got what they paid for, and then some.