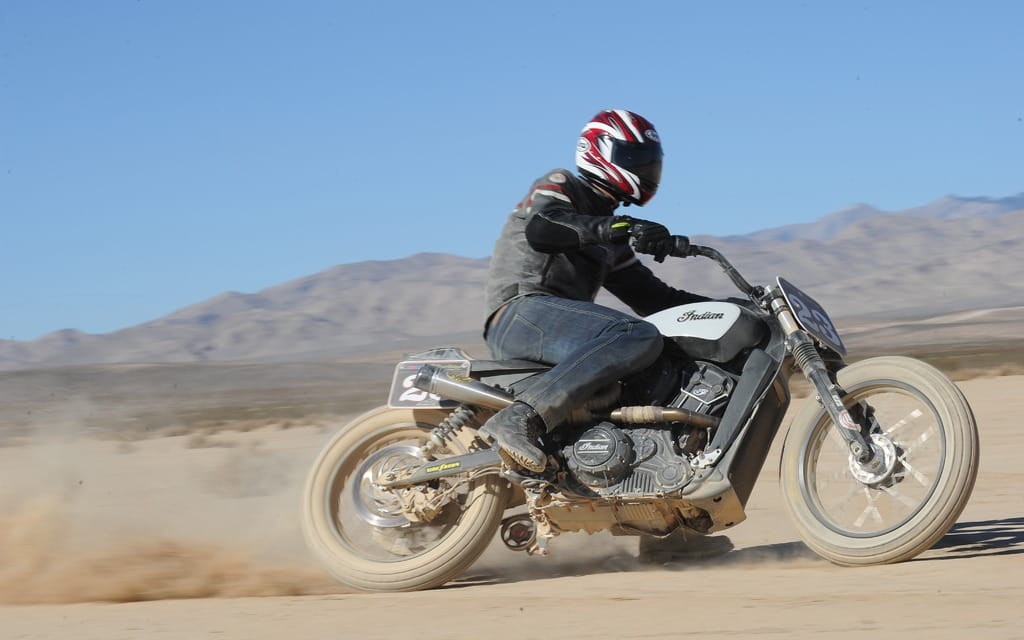 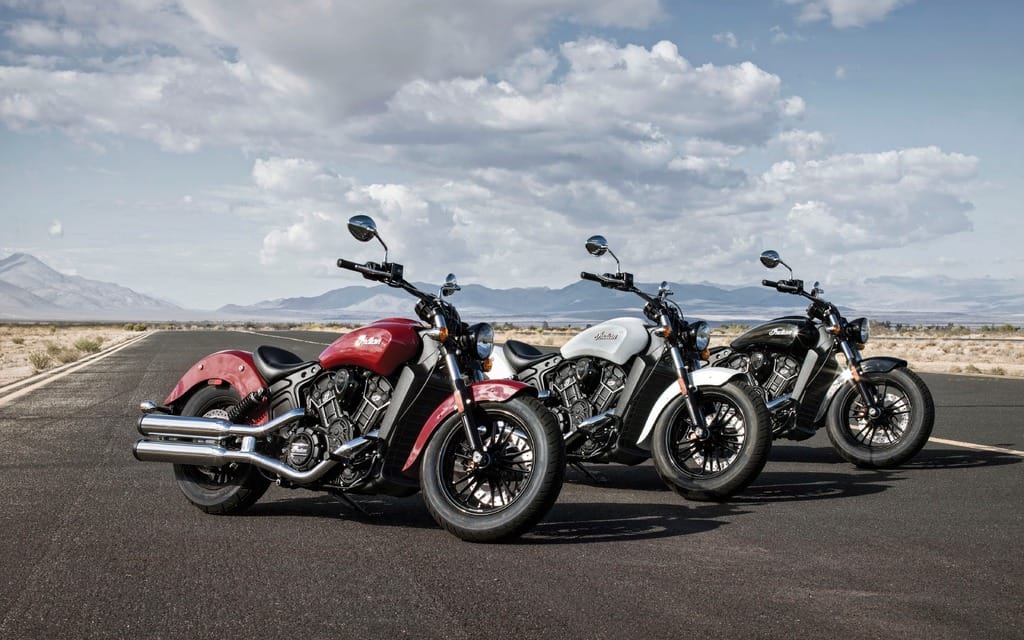 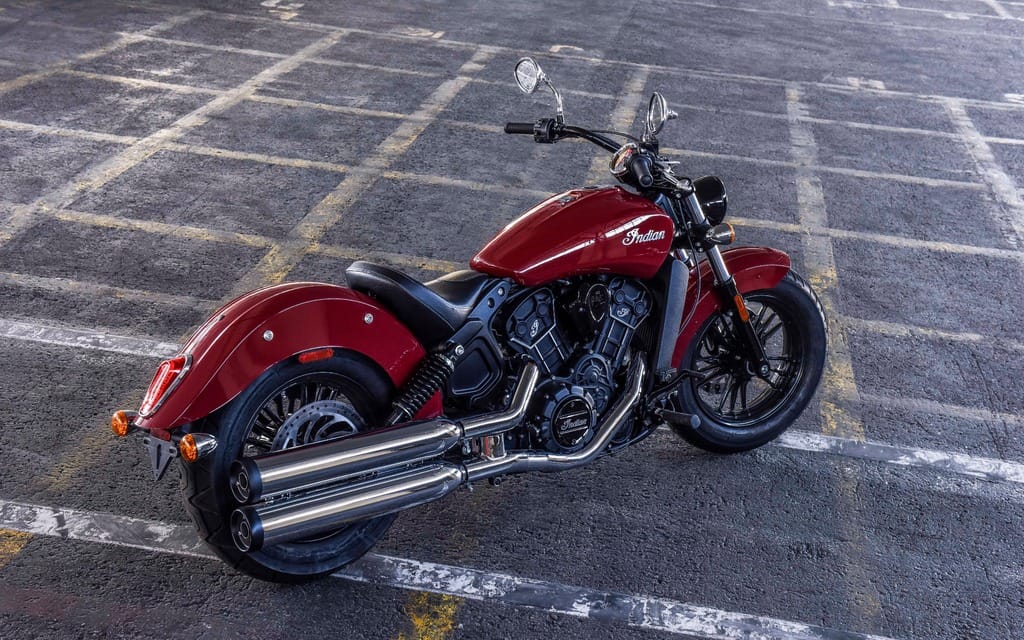 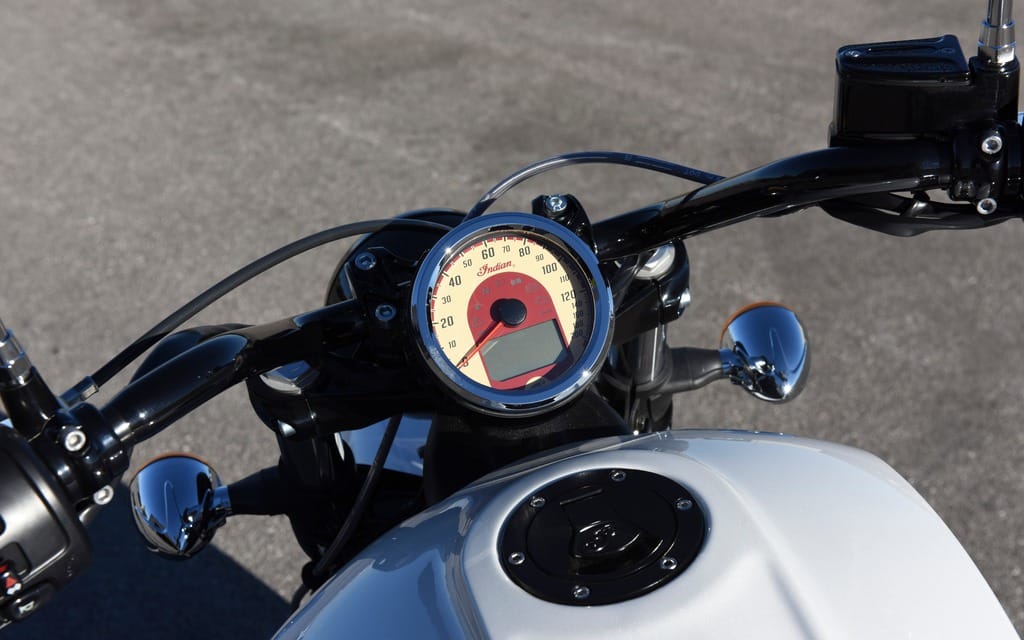 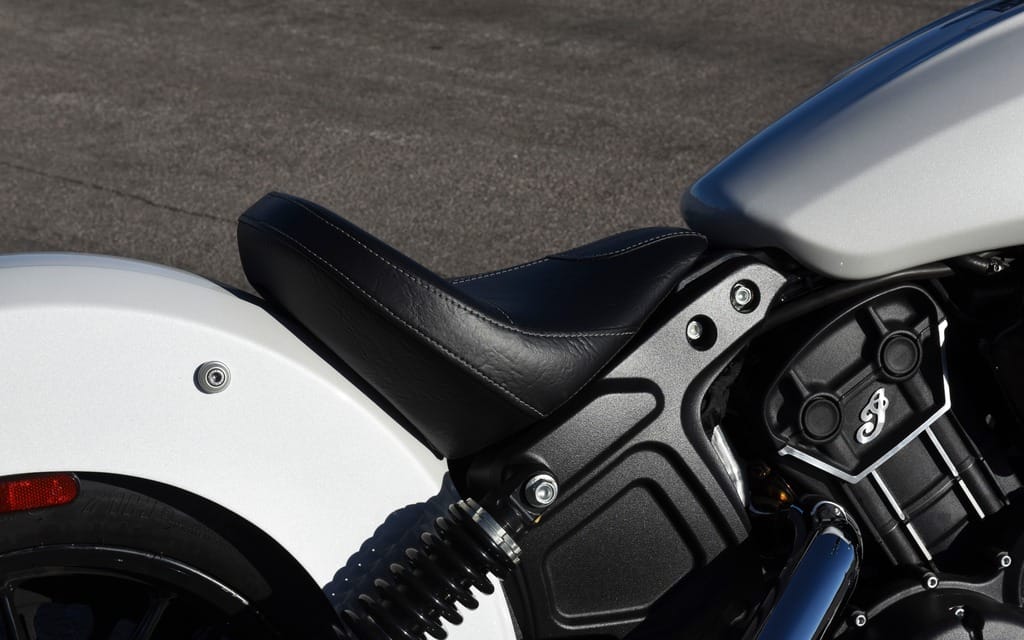 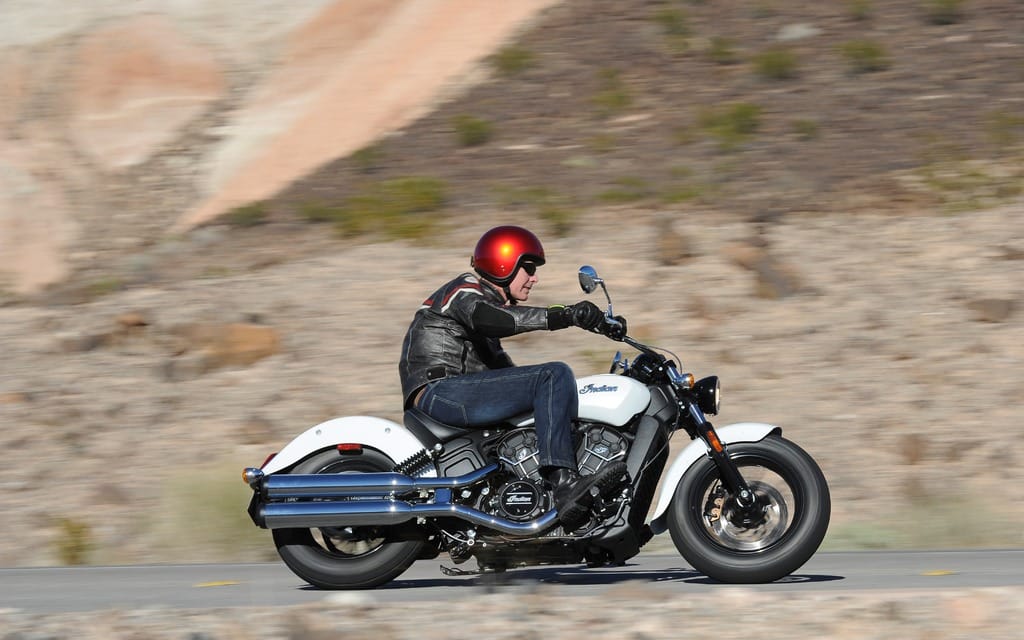 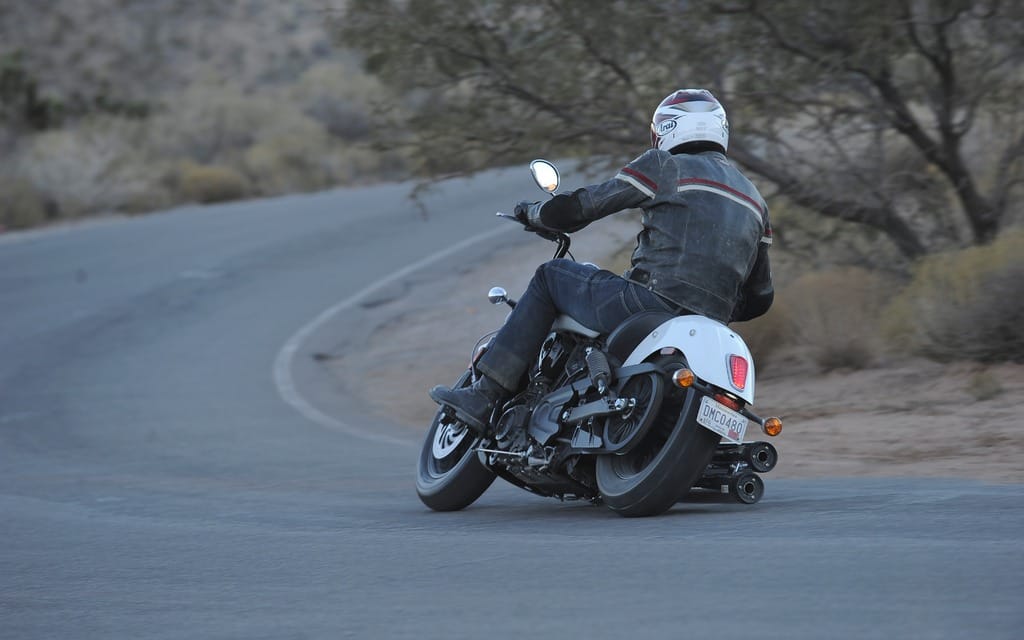 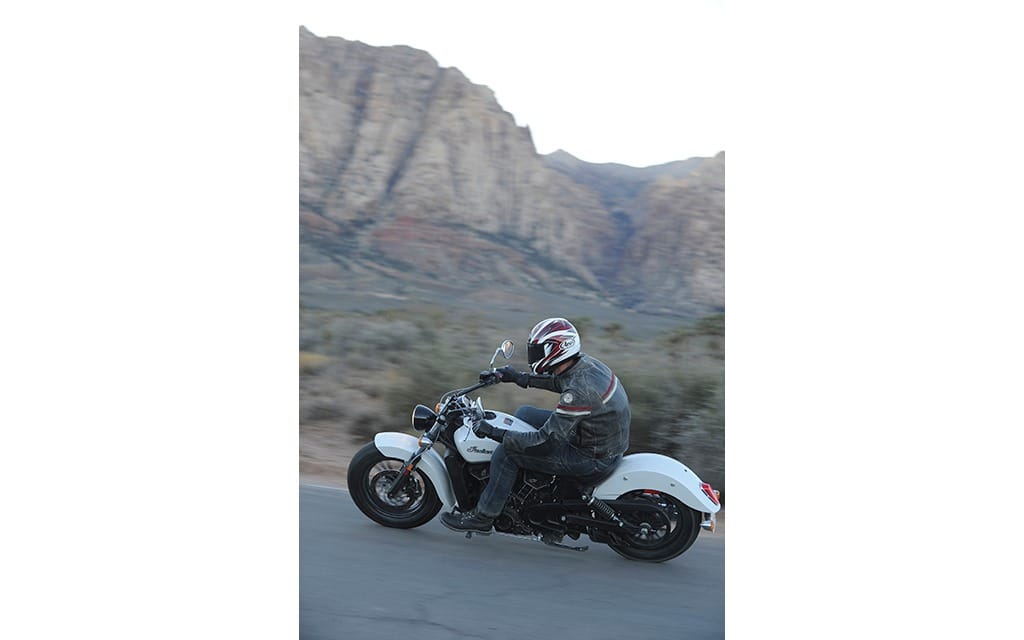 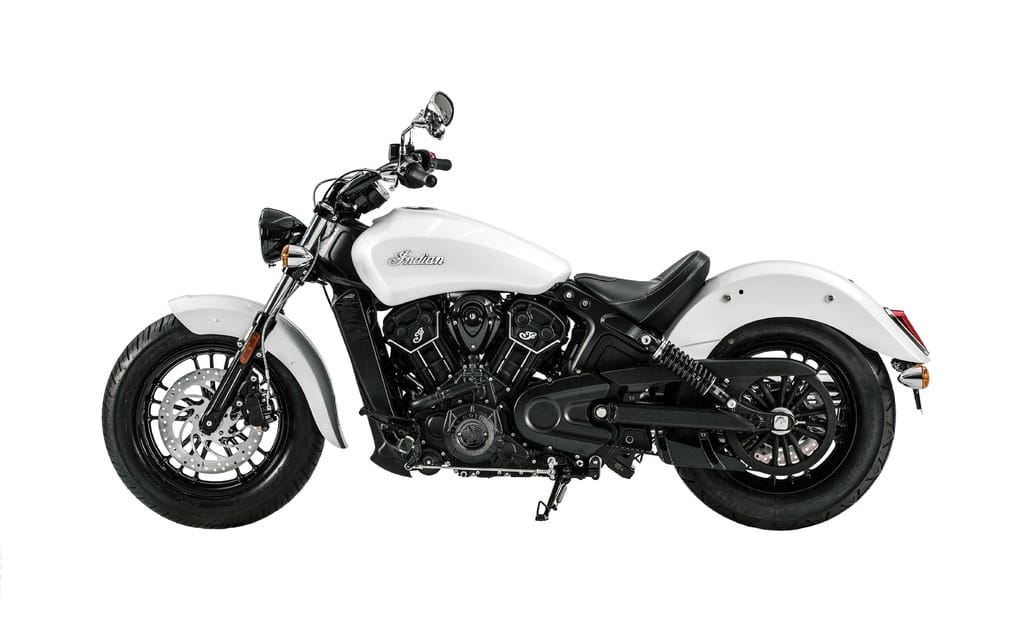 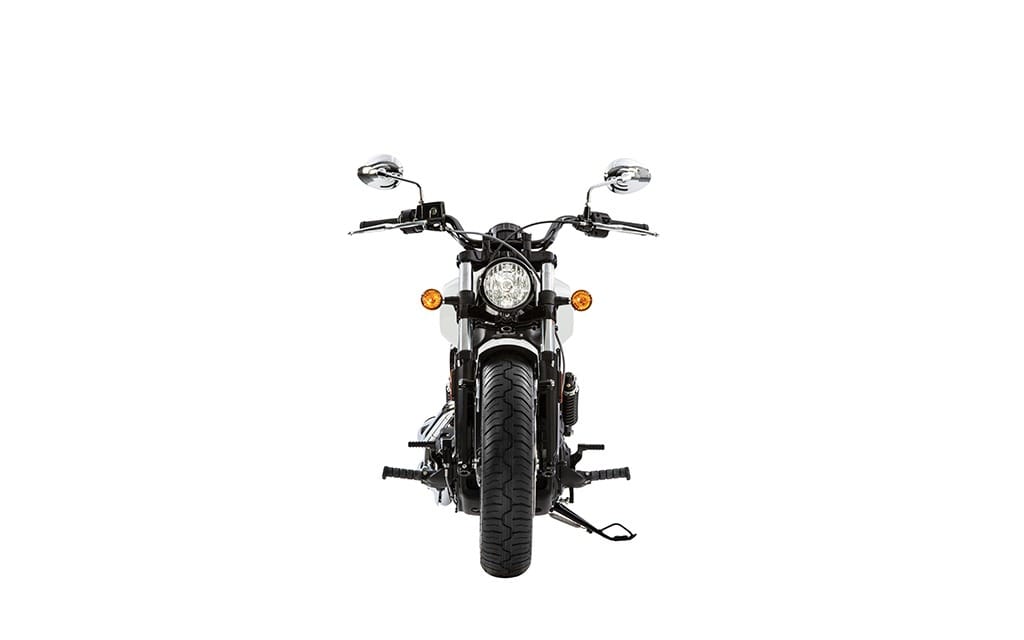 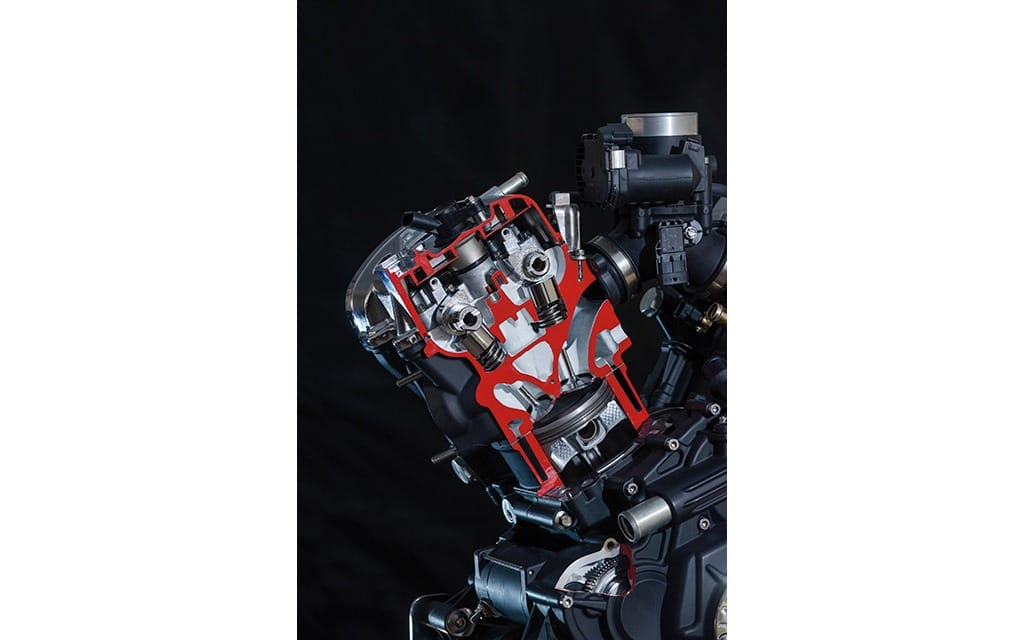 Scout Sixty a little less bike for a lot less money
“Feels good already, doesn’t it?” the fellow journalist alongside shouts over the throb of idling V-twin engines at the first set of Las Vegas traffic lights. Our 10-strong group of riders has only just set off but I’m inclined to agree, and it’s not just the cloudless blue Nevada sky and unaccustomed winter warmth at 8 a.m. that are generating the feel-good factor.

The Scout Sixty has just negotiated the first few turns feeling effortlessly light and manageable, and rumbled down a couple of straights with a pleasantly sweet and free-revving feel from its 999 cc V-twin. Right now the low-slung single saddle feels like a mighty good place to be sitting, and I’m not remotely fussed that it’s covered in vinyl rather than the classier leather of the larger-engined Scout from which Indian’s newcomer was developed.

It’s not surprising that the Sixty, whose name comes from its capacity in cubic inches, should deliver most of the positive sensations of the 1,133 cc Scout with which Indian began its entry-level family a year ago. After all, the new bike’s pearl-white paintwork is all its own (black, and Indian’s traditional dark red, are options), and its wide, one-piece bar is black instead of chromed, but the view from that seat is otherwise almost identical.

The smaller, double overhead cam, liquid-cooled engine—that shares the 99 mm stroke of the big Scout but with a 6 mm smaller bore—claims 78 horsepower at 7,800 rpm, down 22 horsepower from the larger engine. But the Sixty pulls with much the same responsive, sweet-revving feel that made the original Scout a success.

At a glance it’s hard to tell the two models apart, though on closer inspection the Sixty also lacks the bigger-engined bike’s chromed headlamp rim and is without the machined finish on its 16-inch cast wheels. Those changes detract little from the visual appeal of a neatly styled bike, though Indian decided to save a few more dollars by leaving off a cover below the headlight, exposing some scruffy wiring.

That was forgotten once I’d settled into the ultra-low single saddle, fired-up the engine, and clonked into gear with my left boot. For a cruiser that weighs just over 250 kilograms fuelled, the Sixty felt refreshingly light, doubtless helped by its weight being carried so low.

That fellow journalist’s positive comment a few minutes later came as no surprise because there had been much to like about the way the Indian accelerated away feeling responsive and manageable, both in a straight line and when it flicked into turns with more enthusiasm than might be expected of a bike with a long wheelbase and lazy, 29-degree steering angle. Its fuelling was crisp, and when we hit a more open road the Sixty accelerated with impressive enthusiasm, shifting cleanly if slightly clonkily through the new five-speed gearbox that replaces the bigger Scout’s six-speeder.

Not that I’d initially have noticed that difference, because the new box simply does without the original’s fifth gear. On the open road the Indian had more than enough torque to pull strongly in fourth before going straight into a top gear whose ratio is unchanged. On the freeway the bike felt effortlessly smooth with its round, analogue speedo indicating 120 km/h, which was a more than adequate cruising speed given the bolt upright and exposed riding position.

There was plenty of acceleration to come at that speed, though the Sixty started running out of breath by an indicated 160 km/h, when the more powerful Scout would have kept going to nearer 200. The new V-twin didn’t feel remotely underpowered though, at least one-up. If anything the small-bore model seemed slightly smoother at high revs than I recall the original being.

It handled just as well, too, which was no surprise because its chassis is essentially identical, apart from the softer shock top-out bumper (which avoids clonks at full extension) that will also be incorporated in the 1,133 cc model in future. Ride quality was pretty good, the suspension coping with all but the worst sections of asphalt despite the angled twin shocks’ meagre 76 mm travel.

When we reached some twisty roads around Lake Mead the Sixty’s suspension was sufficiently firm and well controlled to encourage a respectable pace, albeit with a slightly vague feeling on occasion. Ground clearance was decent by cruiser standards, and on dry roads the Indian-branded Kenda tires were happy to make use of it.

The bike also slowed reasonably hard when required thanks to its single disc at each end, the front one gripped by a twin-piston caliper whose bite was strong considering the bike’s weight. To help keep the cost down, Canadian and U.S. bikes don’t have ABS braking that will be standard in Europe and most other markets. Unfortunately, it’s not even and option.

The Sixty seemed pretty practical, by cruiser standards at least. Its forward-set footrests put almost all my weight though the seat but despite that I didn’t get any aches on a daylong ride with several stops. Even so, the range of roughly 200 km dictated by the 12.5-litre tank is likely to be more than sufficient. Riders contemplating bigger distances can opt for a quickly detachable windscreen, which is among available accessories along with a pillion seat kit, silencers, leather panniers, and billet and chrome parts.

Indian is also hoping this less expensive Scout variant will encourage customization, and commissioned Roland Sands to set an example by creating five flat-track “Hooligan bikes,” which were raced at the season-ending Grand National meeting in Vegas. The Sixty makes more sense than the bigger Scout for anyone planning serious modification. More to the point it has plenty of appeal in standard form too.

Even this smaller-engined, less expensive member of the Scout family is not a cheap motorbike to compete with the likes of Harley-Davidson’s Street. But it’s a stylish, sweet-running and well-built machine competitive with the old rival’s 1200 Sportster models, and opens up Indian’s range to a new group of riders.