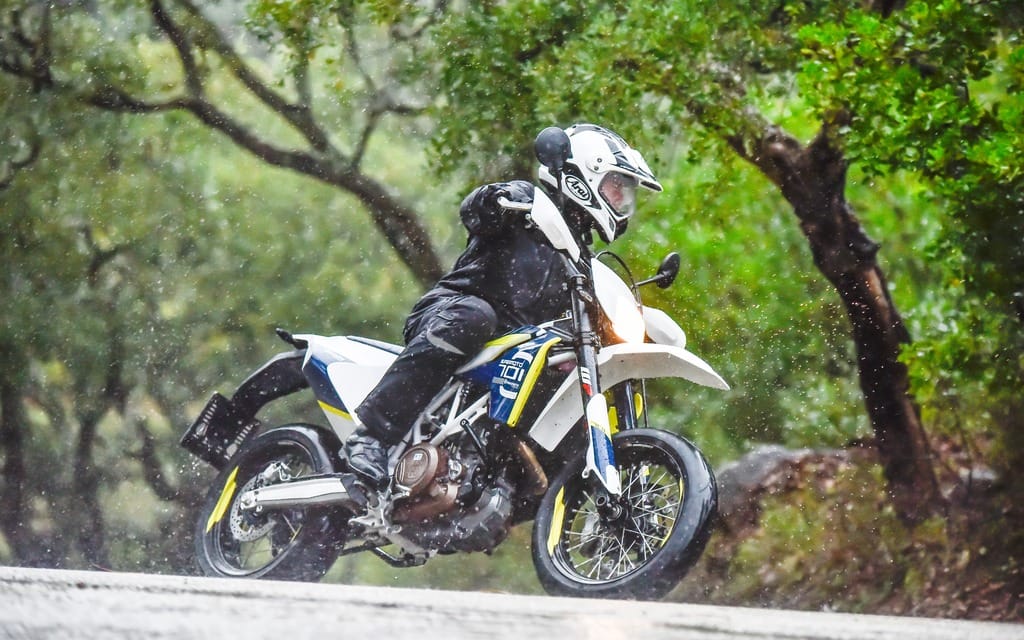 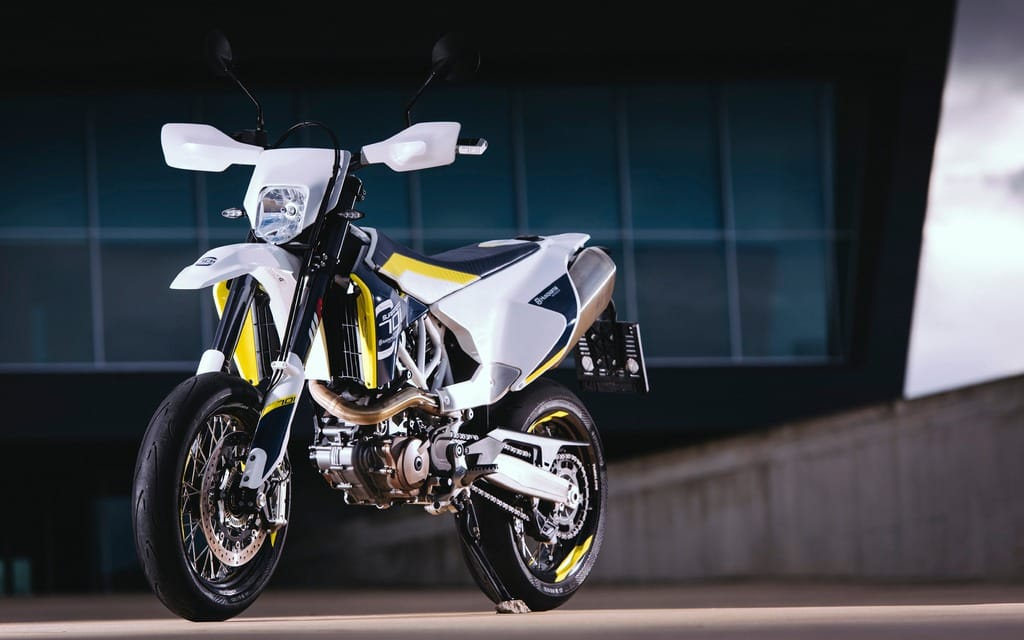 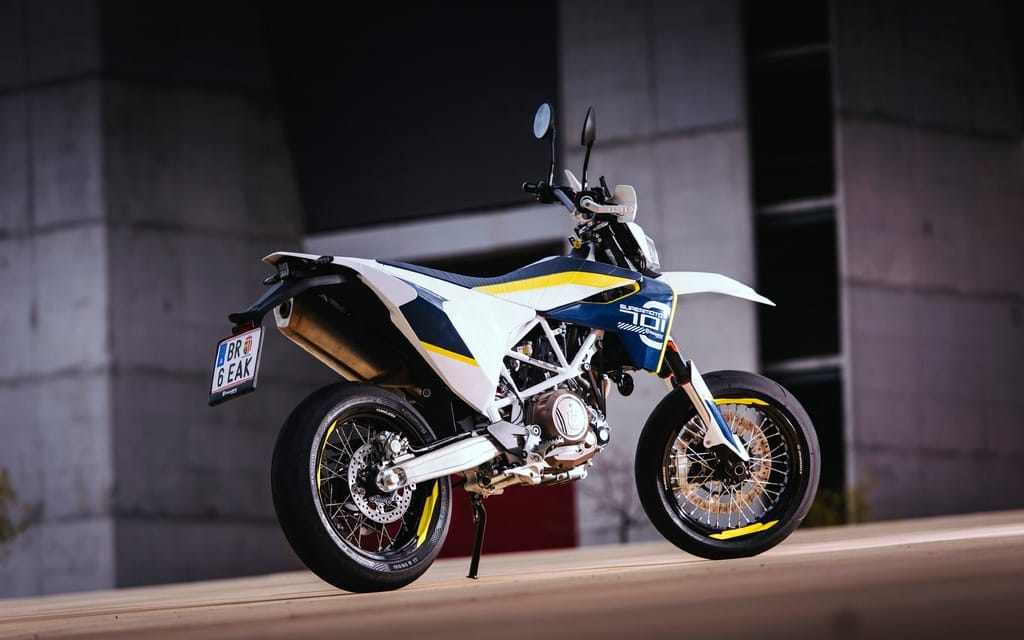 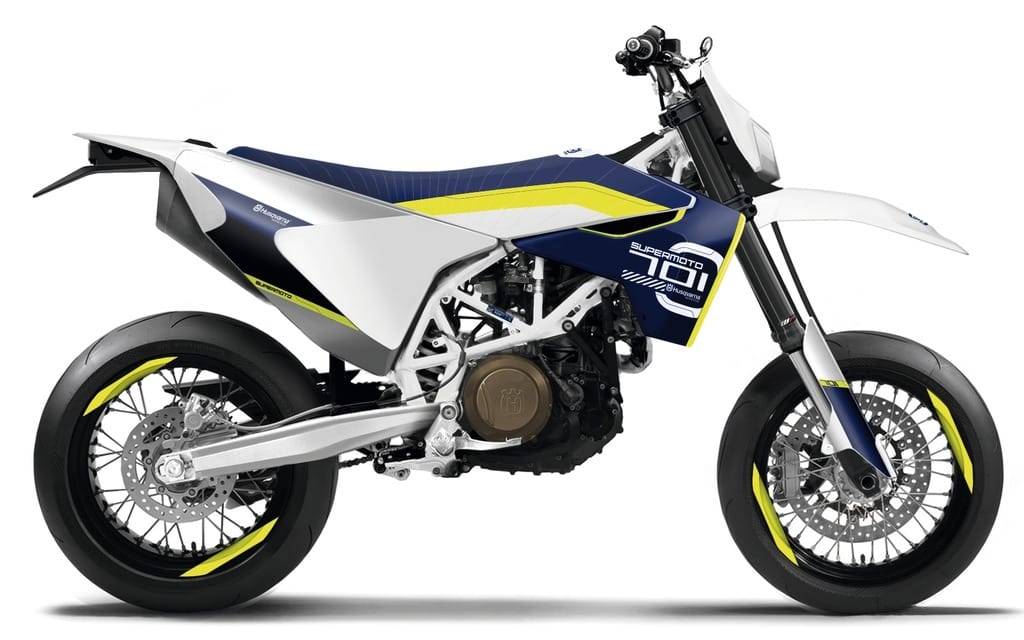 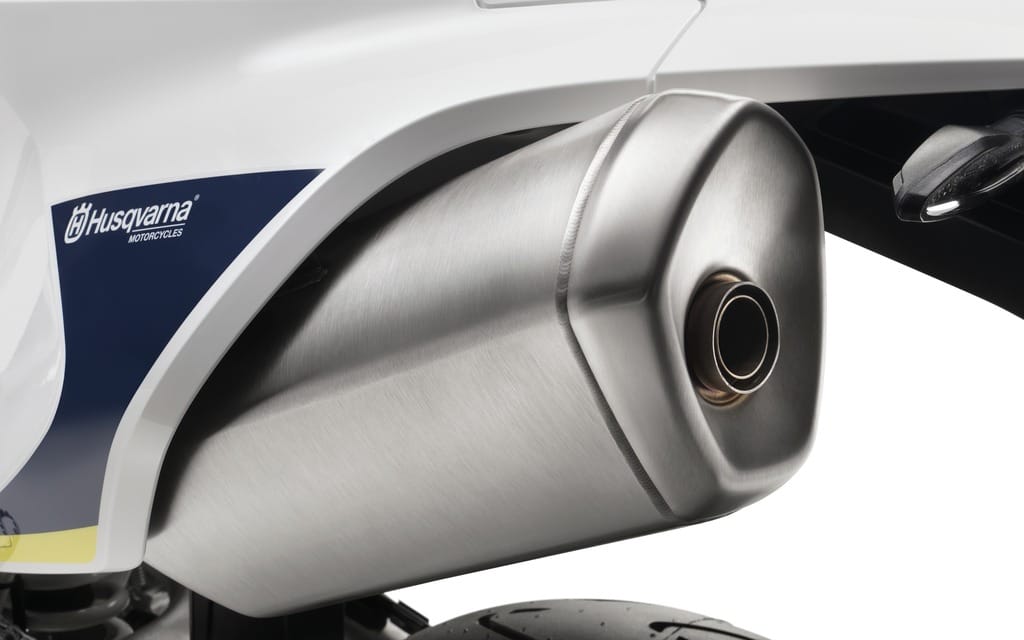 Supermoto may be a discipline in decline, but a fine and fast streetbike is always in style

Memories—of the kind we’d rather forget—are impossible to shake. It was a decade ago and I was in Daytona Beach for bike week (itself forgettable) and was told to fetch a KTM Supermoto from the manufacturer’s stand. After a week of having my senses pummelled by strait-piped cruisers, I welcomed riding a motorcycle that most of the feet-forward crowd wouldn’t have been able to recognize. I envisioned it as my middle-finger salute to excess. Except it didn’t go as planned.

Within a few minutes it was apparent something was wrong. The vibration from the KTM was so severe that I had to stop 10 miles into a 20-mile journey. I feared my bowels were about to let go. My fingers were numb and instead of frolicking (as one is meant to do on a supermoto) I trundled along at 40 mph. Later I learned that our test bike was representative of the breed and not, in fact, defective. I wished I were back on a cruiser.

As I leave the hotel in Portugal and sling my leg over Husqvarna’s 701 Supermoto—which is powered by a 690 cc KTM single—the entire Daytona experience rears its head. While I understand that a decade of ongoing development will have wrought considerable improvement in a motorcycle engine, it is unclear in the early morning rain (and fog) just how much better this modern iteration of a street-going supermoto could be—just how much better is better?

Riders of a certain age quiver, and—either in soliloquy or publicly to young enthusiasts—espouse the merits of big singles. They call the relaxed gait of a single like “the beating of a human heart.” The human analogy is a nice idea, but in reality, too many singles are either choked up to keep noise down or too vibratory for extended use. I can’t bear the suspense any longer—what kind of single is the Husky going to be?

By the time we’ve rounded the roundabout and ridden halfway to the highway I have my answer. This isn’t an engine intent on self-immolation. Gone are the low-down shudder and high-rpm jackhammering of so many single-cylinder machines I’ve ridden. But more than just taming the worst of a single’s tendencies, Husky’s version of the KTM engine is tractable, happy to rev, and has a deep, stirring exhaust note that’s plenty quiet.

A little rain is sure to fall in every life, and, as motorcyclists, we’re more resilient to the vagaries of weather than most of the citizenry. Rain on press launches is primarily a disappointment because it compromises the opportunity for good photographs. Had Bill Petro not fiddled with the images from this launch (and the 701 Enduro, too) the Husky would appear in these pages as little more than a dark smudge against a mud-smeared sky. But I’m more disappointed at the poor weather on this launch than usual. Blame it on the bike.

The combination of sticky 17-inch tires, and the minuscule weight of what is, essentially, a competition dirt bike, make the supermoto the most curious of machines to ride. Fast riding on a sportbike means hanging off to minimize lean angle, lest you touch down a footpeg or roll off the edge of the tire. But with all that grip and so little weight, you sit on top of the bike and force the machine down into the corner like you’re trying to squish an ant with the end of the handlebar. It’s a little odd and a whole lot of fun. At least in the dry.

We slosh our way from the coast to one of the great racetracks of the world, the World Superbike-hosting Autodromo do Algarve, better known as Portimao. But as we ride up the drive to the towering grandstand we cut to the left and ride directly into a low, flat building. We’re at the big track’s little brother—the Autodromo do Algarve go-cart track. But the winds have picked up and the rain whips by the open garage door nearly parallel with the ground. I can see where this is headed. Due to standing water on the track our session is cancelled. And with heavy hearts and heavier boots (waterlogged socks) we mount up and ride away.

That Husky would designate its street-only single a supermoto in 2016 is curious. In North America, at least, the supermoto rage of a decade ago has fallen silent. And the extreme nature of supermoto racing, with lurid sliding into paved corners and the jumping of steel ramps and dirt mounds, is intimidating to many riders, who’re happy enough merely retrieving their steeds from the garage without gouging the car. And in many ways supermoto does a disservice to the 701.

The 701 Supermoto, despite the baggage that its name carts along, is really just a good streetbike. Motorcycles, in our part of the world, are impractical and frivolous purchases. And a supermoto may be the most frivolous motorcycle this side of a track-only racer. To the handful of you that covet a machine like this, the good news is that the 701 isn’t rolling impracticality—it’s actually a high-functioning motorcycle. The engine doesn’t lurch or spit in traffic, the quiet exhaust means your neighbours won’t hate you, and, on the way back to the hotel to end the day, I wring it out to 160 km/h and end the ride with my fillings firmly snug in my teeth. That’s reason enough to celebrate.