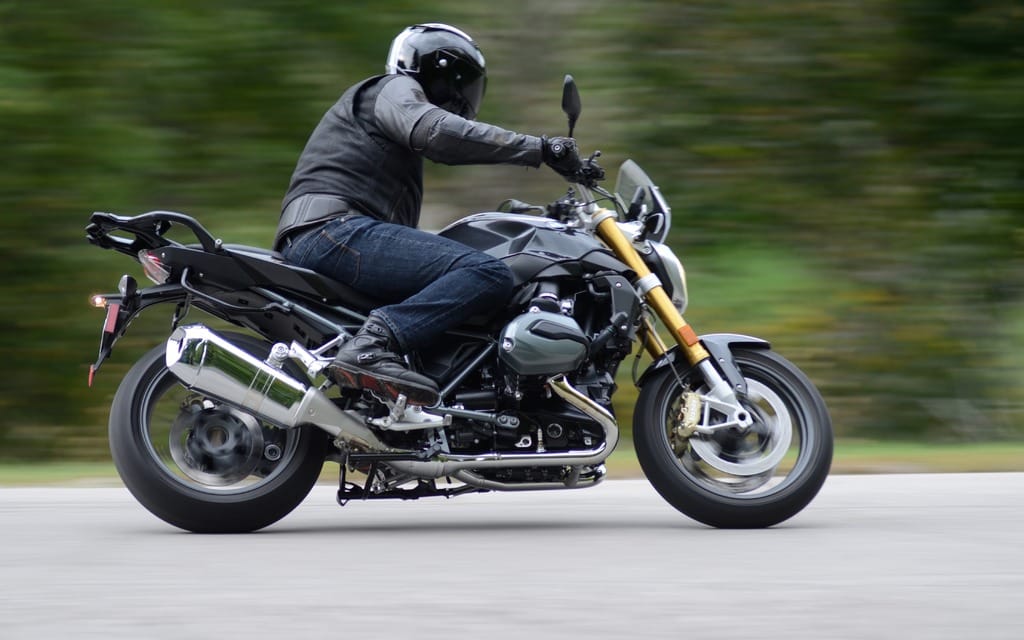 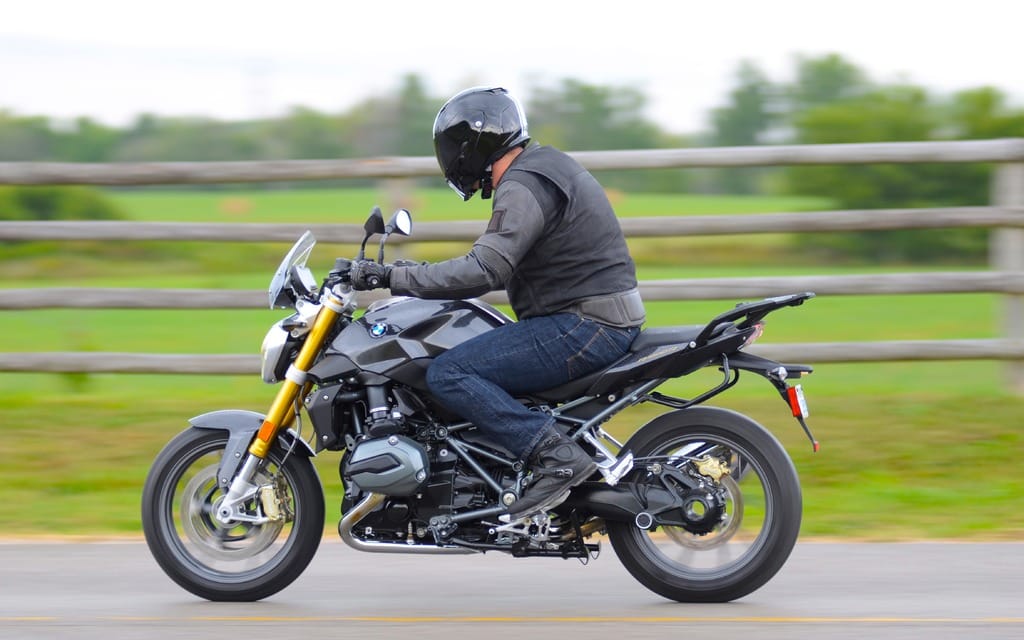 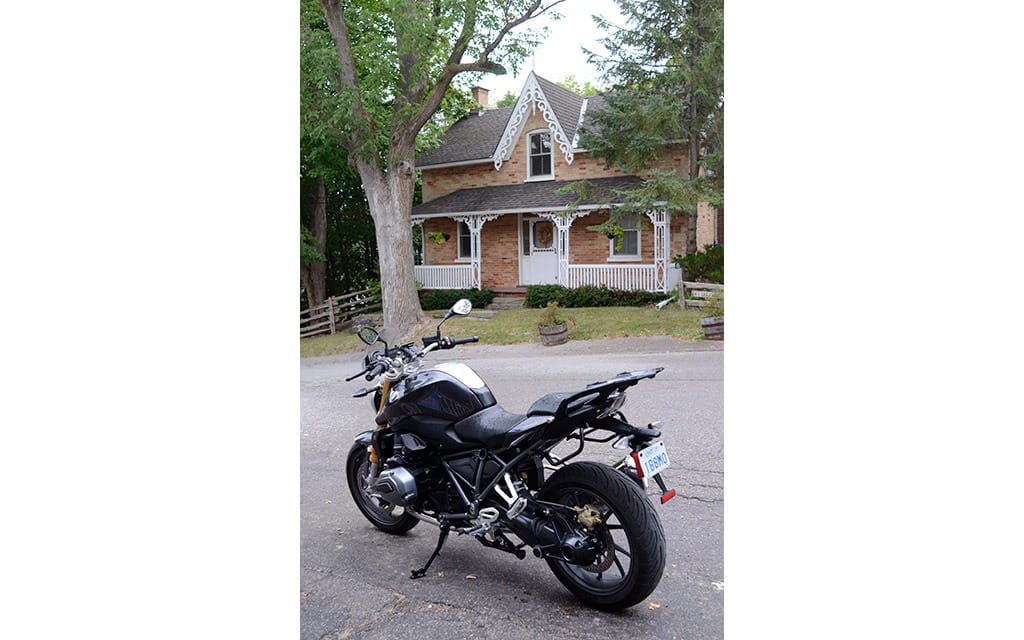 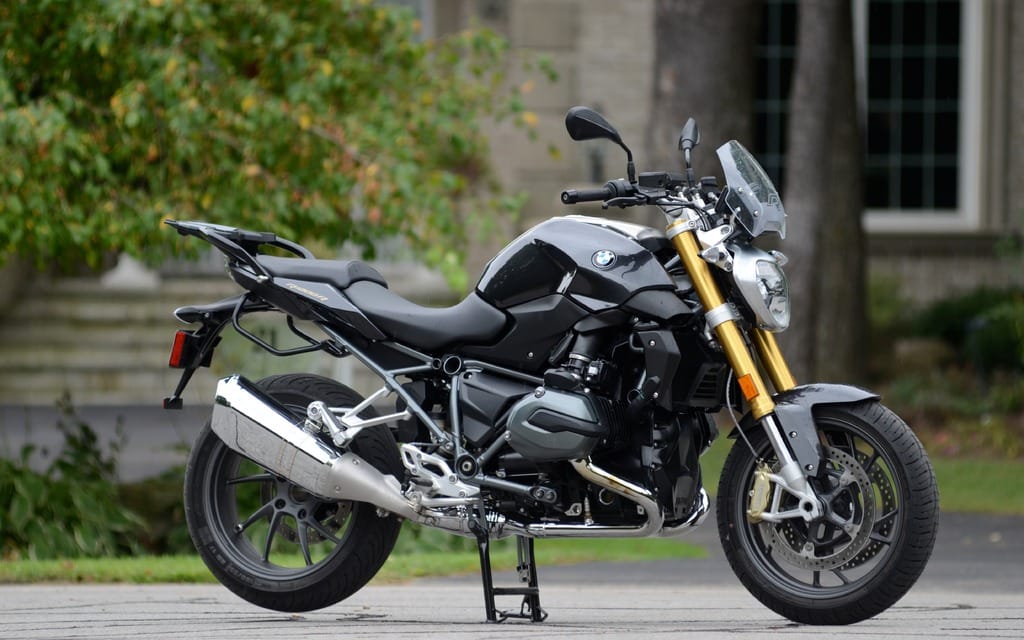 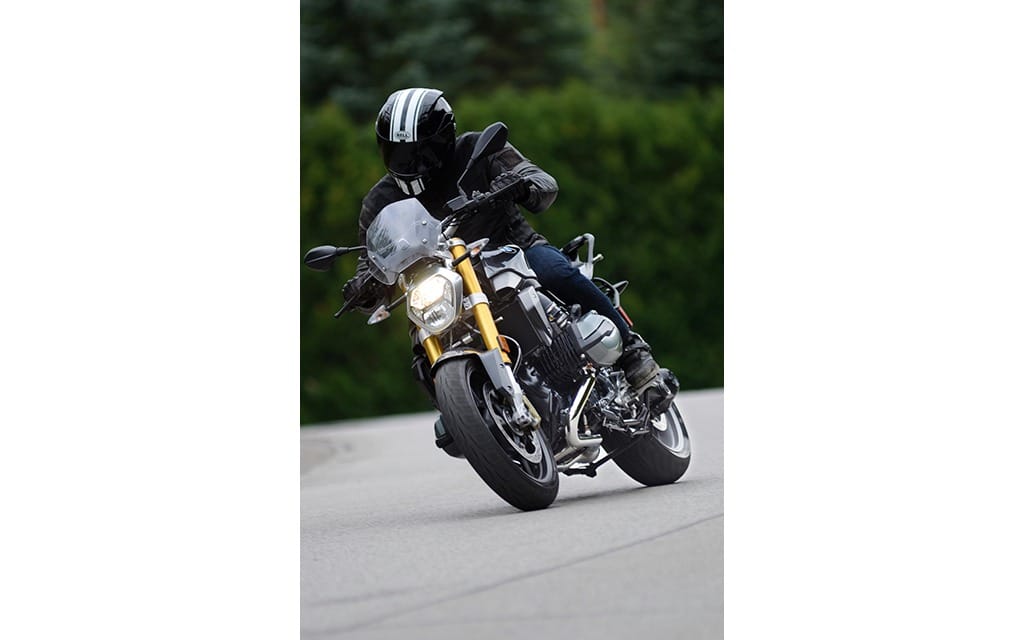 BMW’s revised R1200R adds attitude to refinement
Jumping to conclusions. We all do it. Even the R1200R’s grumbling exhaust note (much better than its predecessor’s strangled chortle) couldn’t convince Neil Graham that the R was a bike to be savoured. So instead of anticipating a ride to the country, Graham futzed about the house until he was desperately behind schedule. Flying out the door in a low-grade panic, Graham hit the highway at a gallop. By the time he reached the suburbs he’d changed his mind about the BMW and washed out his attitude with soap.

The engine is the first change that grabs your attention, the R1200R receiving the latest-generation 1,170 cc liquid-cooled boxer in lieu of the older air- and oil-cooled mill. This engine has migrated to most of the flat-twin lineup (the RNineT is a notable exception) and in this setting it transforms what was a pleasant bike into a genuinely vigorous one. The difference in character between the old and new engine isn’t translatable by a spec sheet—where the old engine propelled the bike uncomplainingly (but un-dramatically) the new engine has a sharper edge and a lust for gaping throttle bodies. But, surprisingly, the fork plays an even greater role in the bike’s new spirit than the engine.

For the latest R, BMW ditched the telelever front end in favour of a traditional telescopic (it’s based on the S1000RR’s. The rear suspension is paralever.) No alternative front end in motorcycling instills the confidence of a well setup telescopic, and the R1200R’s is a perfect compromise of tautness and plushness. Our test bike sweetens the deal by adding electronic suspension adjustment (dynamic ESA). With a claimed wet weight of 231 kg, the R1200R isn’t flickable, but the chassis is well balanced and the bike turns in more sharply than the old edition. Dynamic ESA, which continuously and automatically adjusts damping settings on the fly, allows the R to retain the smoothness, stability, and predictability that the telelever is known for—especially under heavy braking. With dynamic ESA, simply select the appropriate preload preset (solo, solo with luggage, two-up, two-up with luggage) and the bike does the rest.

Sure-footed handling is only part of the rationale for BMW’s fork about-face. The utilitarian aspect has to do with the most tedious of packaging issues—where do you put the radiator for a liquid-cooled engine? The R1200R’s revamped, stripped down styling doesn’t leave many options for a split two-piece radiator (as on the liquid-cooled GS and RT models, which retain the telelever system). To maintain its relatively slim (for a BMW boxer, anyway) profile, the radiator had to go where rads do: behind the fork. The telelever, which braces to the frame just below the bottom triple clamp, got the boot.

It’s not that the telelever isn’t effective—an R1200GS gobbles up snaking pavement with mass-defying ease—but a telescopic fork is better suited to sharper, more aggressive riding, which the R1200R, with its new engine, is more capable of than before. The latest-generation boxer retains the relaxed gait the flat twin is known for—ticking along smoothly at 100 km/h in sixth gear just shy of 3,000 rpm, with a continent-crossing cadence that could lull a toddler to sleep—but get on the gas and it becomes a different animal. This R1200R swiftly surges through the gears with a satisfying bark from its chunky angular muffler (our tester has the chrome-plated accessory can). Fuelling is spot on, clutch pull light, and shifting sure (our bike’s optional quickshifter allows clutch-less up- and downshifts and functions flawlessly).

Braking is plenty powerful, with Brembo calipers acting on a pair of 320 mm rotors up front and a 276 mm rotor at the rear. Calipers are anodized gold on our “Style 2” metallic grey model, which adds $385 to the base $16,050. (The base bike comes in blue, though a blingy red and white colour scheme—“Style 1”—is $540 and adds an engine spoiler and flyscreen.) ABS is standard and works well, though intervention on the rear brake is early and frequent, with pulsing sensed at the lever startlingly often.

Traction control is also standard, though the tractable engine doesn’t call out for its addition. The R1200R comes with heated grips (a godsend) and road and rain riding modes. The electronics are accessed by intuitive interfaces that don’t require a degree in computer science to decipher. The thin-film-transistor dash is mostly legible, but why is it that OEMs insist on indecipherable bar-graph tachometers? We’d rather the speedo be digital and the tach analogue.

Rider accommodations, as you’d reckon on a sizeable BMW roadster, are generous. The wide handlebar is within easy reach and there’s enough legroom to stave off claustrophobia. The seat is comfortable, and, at 790 mm high, hits a sweet spot between too high and too low, allowing both our testers—admittedly tall fellows—to flat foot the R1200R with ease. (That sweet spot is dependent on a rider’s inseam; good thing BMW offers low—760 mm—and high—820 mm—accessory seats.)

The R1200R has an options list as long as its swingarm. Ours comes with the comfort ($370) and touring ($1,900) packages, which, in addition to dynamic ESA and chromed exhaust, add tire pressure monitoring, something called on board computer pro, a GPS bracket (though not the GPS unit), cruise control, a centrestand, a rear luggage rack and pannier prep (though not the panniers—we’re sensing a trend). Keyless ride adds $315 and the quickshifter $515. The sport screen ($240) appears insignificant but effectively deflects wind from the chest and eases arm strain at speed. If touring is in your future you’ll need to fork out cash for the hard cases (why aren’t they included in the touring package?). Those extras add up quickly, bringing our R1200R to a grand total of $19,775. A premium bike from a premium brand comes at a premium price—but is it worth it?

Absolutely. If you can afford it. While the R1200R would lose out in a head-to-head performance comparison with more vigorous twin-cylinder machines like KTM’s 1290 Super Duke R or Ducati’s Monster 1200, the BMW’s improvements mean it wouldn’t—in real-world street riding—be lagging by much. And at anything less than a hell-for-leather pace, we’ll take the BMW over just about anything. The R1200R can be whatever you want it to be—banal, bestial, or something in-between—it’s the gentleman’s monster indeed.