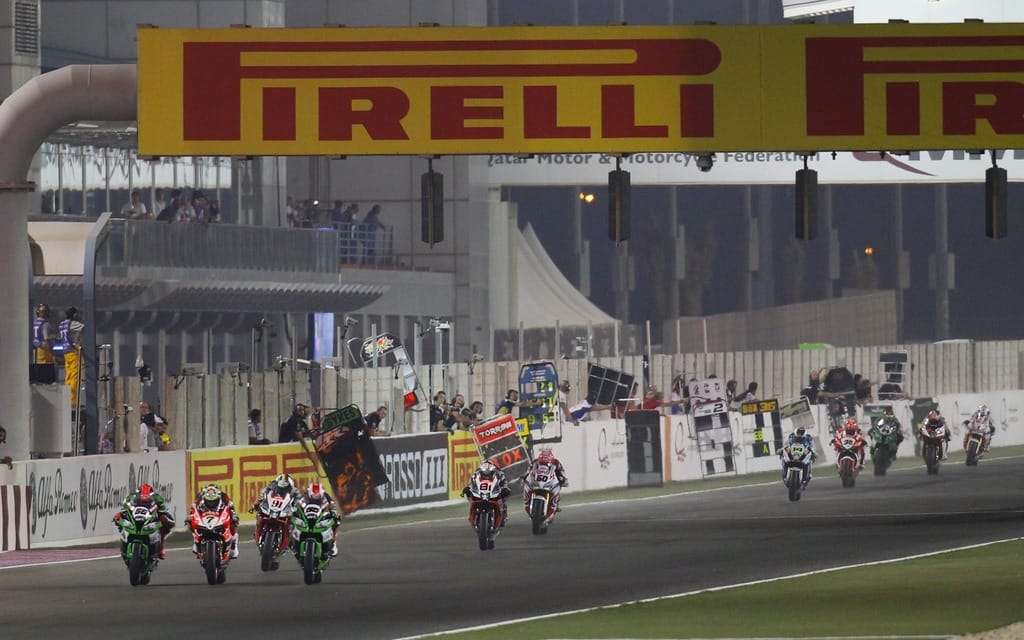 The World Superbike championship has traditionally run its two-race schedule on Sunday, Race One in the morning, Race Two in the afternoon. But that’s changing next season.

The 2016 season will see WSBK Race One take place Saturday afternoon, Race Two Sunday afternoon. “In this new format,” a WSBK press release states, “Saturday is aimed at offering increased fan attendance. These fundamental timetable changes will prove pivotal in getting WorldSBK fans closer to the action, both those in the grandstands and the millions watching around the world.”