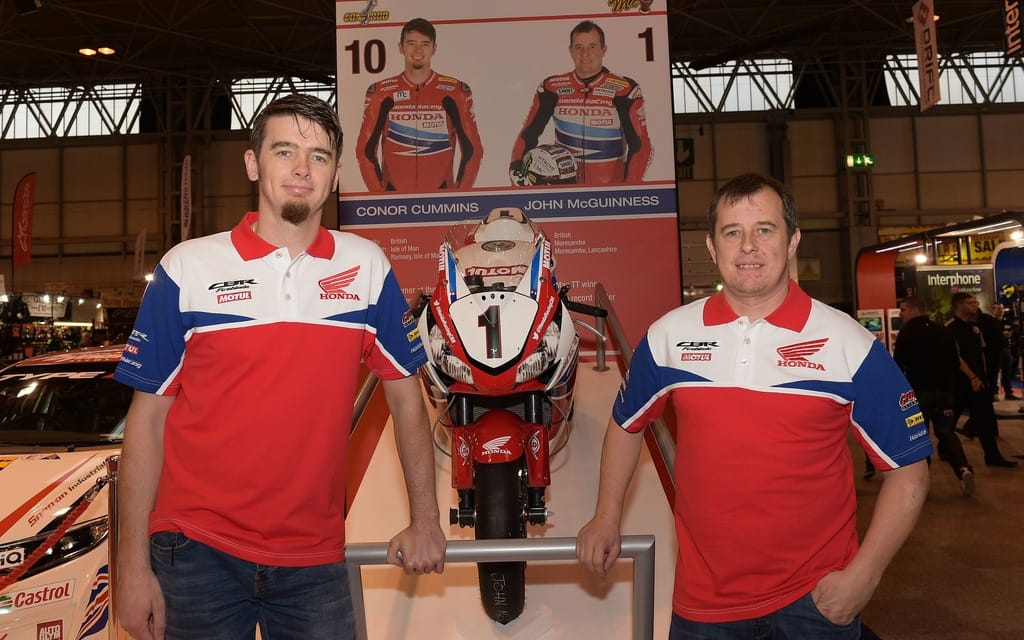 The pair will compete aboard CBR1000RR Fireblade SPs at the North West 200, as well as the Superbike and Senior races at the Isle of Man TT. Cummins is also taking part in the 2016 Ulster GP and both will compete at Macau late in the year.

Both riders will also run Honda CBR600RRs in the Supersport class at the North West and TT for the private race team Jackson Racing. In addition, they’ll be taking part in the 2016 Endurance World Championship on the Fireblade.

“In 2015 I was determined to get my confidence back and show that there was still life in the old dog,” McGuinness, a 23-time TT winner, said. “I know I have a good package to get back out there next year and do it again.”

Cummins also commented: “I feel like 2016 could be my year. I have two years experience with the CBR under my belt and looking forward to seeing what the season brings.”